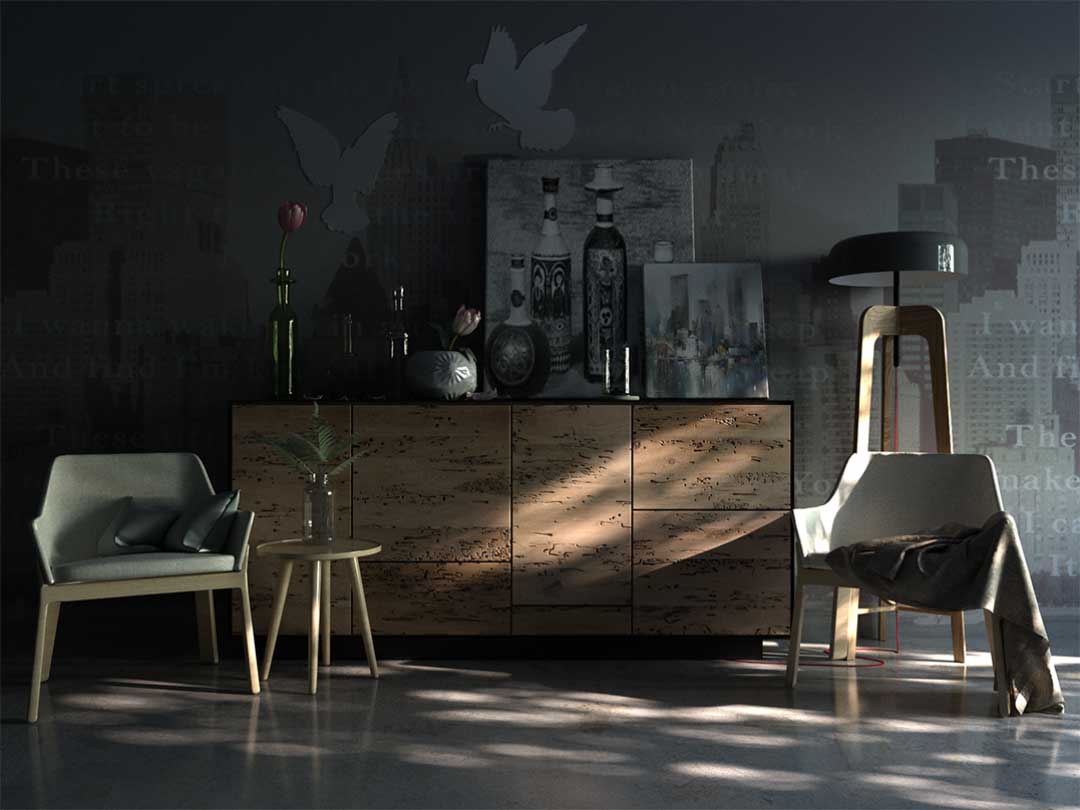 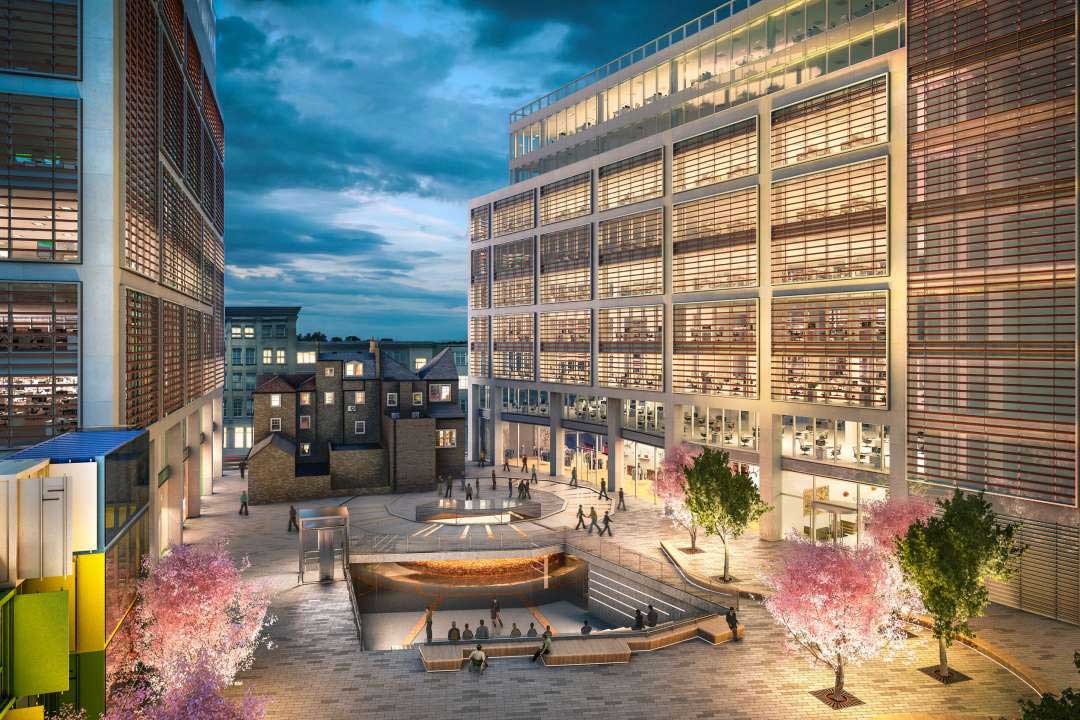 The Multidisciplinary Nature of the 3D Rendering Artist

I’d imagine there aren’t many people who looked up at their 3rd grade teacher and with the exuberance and enthusiasm only an 8 year old can express says, “I want to be a 3D rendering artist when I grow up!” Of course, when I was in 3rd grade computers were barely making their way out of the research laboratory conference rooms that were needed to contain them, so I suppose times could have changed since then. However, suffice it to say the number of kids who dream of becoming 3D rendering artists doesn’t quite stack up to those clamoring to be astronauts, veterinarians, or dinosaurs. It’s simply a profession that is shrouded by mystery to those who aren’t industry vets.

But for a profession masked by obscurity, it’s quickly beginning to attract people from all walks and all backgrounds as the demand for talented artists and visualization designers grows. It’s a job that requires skills and experience from a host of sometimes wildly different disciplines. It’s simultaneously the product of both its past anonymity and its present rise in popularity.

The multidisciplinary nature of the 3D rendering artist is fascinating, so I’d like to take a bit of web space to dig into the various well known professions that are beginning to funnel a portion of their workforce into the visualization industry.

Duh. This one’s a no brainer for anyone who’s spent a day in design school or a half-second in an architecture office. Architects are trained from a very early stage in their development how to draw and how to draw correctly. It is the essential foundation of everything that comes after, and leaves any and all architects with an eye and a hand for what it takes to create compelling visualizations.

And for the many who grow tired and frustrated with the sometimes mundane and incomprehensible day-to-day of your average architect, setting off on different career paths is an all too common occurrence. All it takes is one call from an underqualified city official who thinks setbacks are hurdles in the permitting process and BOOM, you’re off clipping want ads in the Sunday newspaper.

Many who finally cut ties with the life of an architect funnel towards visual design and rendering as a natural progression to something a bit less...heart attack inducing. Their background in design drawing and software familiarity make for an easy transition into the more calm, but equally important rendering world.

I’ll be honest, other than becoming a disgruntled calculus professor, I’m not sure exactly what you’d do with a math degree. NASA maybe? Those guys are smart, right? I’ll chalk it up to ignorance and field your angry emails as they come in. But regardless of what might have made use of that big brain before, people with a high math IQ have skills that dove-tail very nicely with the world of 3D rendering and visualization. And most of these skills apply to the back end of the process, where numbers and figures and algorithms and vertices power the tools that allow the dumb artists to just be artists.

I guess you could call this the ‘software development’ sector of the 3D rendering world. The men and women behind the men and women. The perpetual growth of the tech that powers the world of 3D rendering is vital to the industry’s success moving forward. And without the collective power of brains far superior than my own, that simply isn’t possible. Crunch numbers, compress, algorithm-ize and continue to make the people whose name is on the door look better. It’s the American way!

So much of what makes a 3D rendering artist good at their job stems from the ability to visualize and compose a scene before it’s parts begin to come together. Photographers are experts at this. They see things in the mundane, the ordinary, and distort and frame them in a way that makes them extraordinary. When a trained 3D renderer takes on a job- whether it be showcasing a new product or realizing a conceptual building design - the first discussion and conceptual framework is built around the composition, lighting, and portrayal of the subject. Photographers know this better than anyone.

You probably won’t see many photographers dropping their cameras completely in favor of a mouse and keyboard, but many freelancers are always on the outlook for ways to diversify their skillset. Working as or with a team of 3D rendering artist fits well with the knowledge of capturing the essence of any given object, space, or person.

The 3D rendering artist must understand not only the thing they are creating, but the people who will be consuming their work. This is their audience - or in business type terms - their market. If you don’t know who the work is for, it suffers in terms of focus, direction, and overall appeal. This audience could be as small as a single client or as large as a vast target demographic for a company looking to best position their product in the market place.

Brand Developers understand this better than anyone. The ability to test the market with pointed research, then interpret that data in a brand and visual representation strategy that is tailored accordingly separates the good 3D artists from the meh ones. People that have been chewed up and spit out by the high stakes marketing industries might find a calm(er) and quiet(er) home as a 3D rendering artist. Throw away those suits and invest in a comfortable pair of sweatpants and a few tie dye shirts and you’ll be good to go!

There are scores of different types of engineers, and all of them have the right kind of brain to be a successful visualization artist. This might seem counterintuitive, as most engineers are portrayed to be cold-blooded masters of logic and rigor, guided by a very strict set of physical rules most artists know nothing about. While this might be true, it doesn’t mean their robot brains can’t be programmed to understand the technology and software innovation that makes up the backbone of the rendering industry.

Engineers are natural problem solvers, and are great to have on-call if the tools you’re using aren’t working like they're supposed to. Or maybe their are working fine and you’re just too stubborn or unaware to realize you’re doing it wrong (don’t worry, the engineer will surely tell you if you are). A rendering artist must be an adept problem solver, where an engineering background will come in most handy.

At the end of the day, the 3D rendering world is open to people of all skills and backgrounds. If you’re looking for a new career direction and aren’t really sure where to start, you could do a lot worse than getting into the design industry. The opportunities are endless, the work is fun, and the people are (mostly) rad and awesome. If you happen to come from one of these other sectors, you’ve already got a head start to channeling those skills in a growing field that’s just a little bit different than everything else.