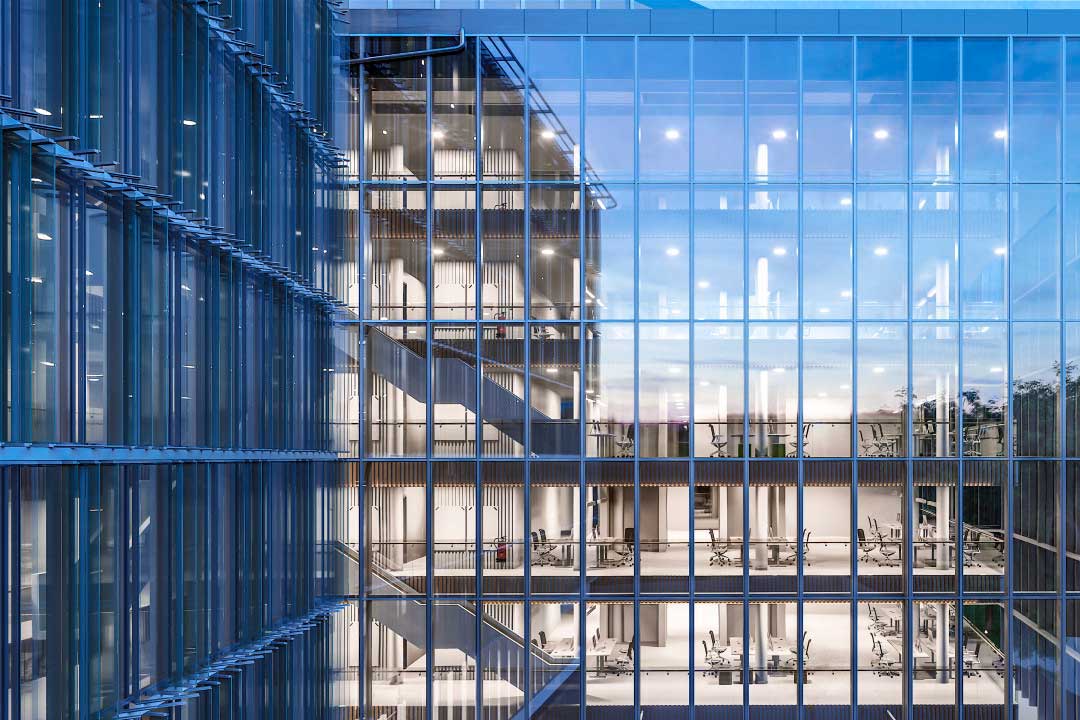 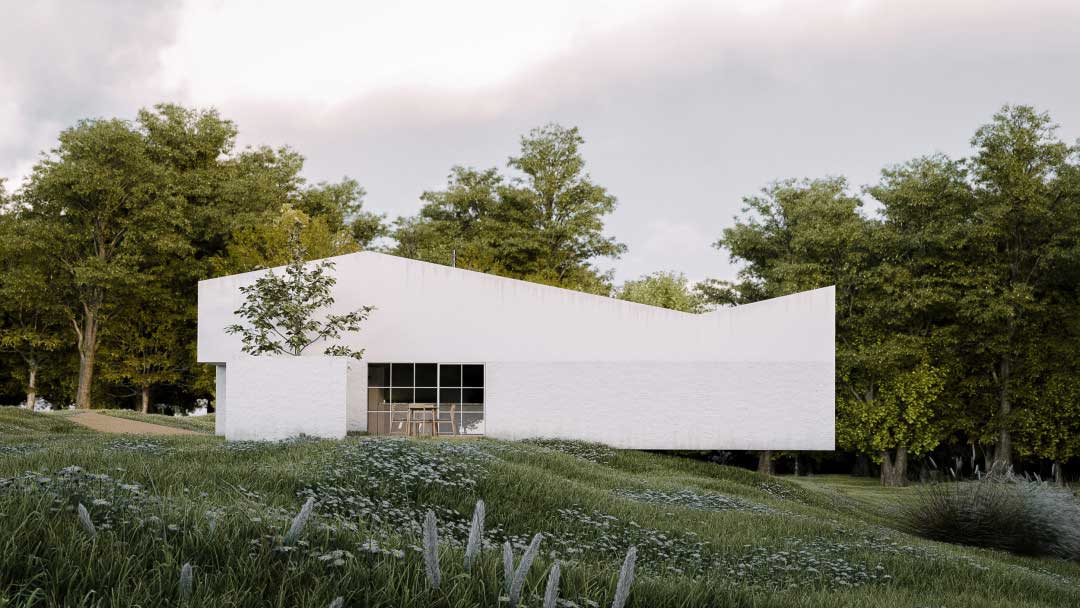 As technology grows, video games are becoming more realistic. On the other hand, architecture is everywhere around us, and that's why most video games include architectural elements and even entire towns.

That's the point where architecture meets the video game production industry – hyper-realistic 3D modeling and rendering are common in both business fields.

Let's talk about common things in these industries and try to purify that blurring line between architectural visualization and gaming architecture. It won’t be an easy thing to do.

The Relationship Between Architecture and Video Games

Architects' knowledge in architecture and experience in 3D modeling and rendering makes them the perfect choice when it comes to the process of imagining a 3D environment for video games. Before we find out what the crucial differences between these two industries are, we should see what makes them so compatible.

Using mentioned 3D modeling and rendering programs, you can add previously created models or import your 3D model in the real environment, but you can also adjust the lighting, materials, and textures to create a realistic space, whether it's for architectural visualization or video game production.

With the right software, architects can design more realistic 3D models for games.

The progress of 3D modeling software solutions allows 3D animation – another common thing for architectural visualization and gaming architecture. Architects often create animations to enhance their presentation, because the animation of the environment, building or interior design allows them to display the object in a more dynamic way.

The gaming industry also requires lots of animation. If we're talking about first-person games, the user controls the run through the scene, but the background architecture also needs to be animated for a more realistic experience.

The World of Virtual Reality

Another common thing in these industries is virtual reality. In both business fields, VR equipment allows architects and 3D artists to enter the scene in real time and edit or change 3D models, improving the entire process and experience.

However, VR technology improves the user experience in the gaming industry – gamers can enter the virtual world and experience all aspects of the video game in real-time. When it comes to architectural visualization, clients and investors can see the environment before the beginning of the works at the construction site.

A helpful tool in both industries, virtual reality is something that will affect the world of architecture and the video game industry even more in the following years.

In architecture, the presentation of details is crucial. Only a detailed 3D model can convey the architect's ideas – in the world of architecture, visualization is the common language among all nations. Regardless of whether we’re talking about a visualization of interior design, exterior, or urban plan, details are crucial.

However, the situation with gaming architecture isn't any different. If you want to get the best gamer experience, details play a very important role. A detailed 3D model of the environment in the game world is always a plus. Today, with various gadgets and equipment, that experience can be even better.

Today, when tech solutions have become widely available, clients in architecture, as well as gamers, have become more demanding than ever. The lack of details means that your team is not dedicated enough to create the best possible product, whether it's architectural visualization or a video game.

The Most Significant Differences between Architectural Visualization and Gaming Architecture

Although architectural visualization and gaming architecture have lots in common, there are still numerous differences between these industries. Although there are many differences, employees, including environmental artists and level designers in big gaming corporations often have a degree in architecture.

Let's find out all the differences.

The Freedom of Creativity and Artistic Expression

Architecture is one of the most creative industries, but it's clear that there are no available construction techniques and elements that can support all architects' ideas. When it comes to architectural visualization, besides aesthetics, the crucial things for a successful visualization are functionality and building construction. Moreover, architects must create a realistic 3D model with measurements and proportions as specified.

Nowadays, game developers often create games in real environments, but they don't have to. There are examples with games in unreal areas with hyper-realistic, but fictional cities.

On the other hand, while working on the visualization of the building, architects are always trying to present their objects in real landscapes. That's why, for example, the rendering software Lumion improved this aspect of visualization – they enabled users to import their 3D models in existing areas using an algorithm that works similar to Google Maps.

In the past few years, video game developers invested lots of efforts to create hyper-realistic games in real environments – that's where architects kick in! Advanced game design can attract more gamers, but it also increases the players' satisfaction and thrill.

Three years ago, Ubisoft created Watch Dogs 2 – a photorealistic video game that happens in several cities around the United States. Each location, including areas such as San Francisco, Oakland, Marin Country, and Silicon Valley is incredibly realistic and filled with a bunch of details that will make you feel like a tourist.

Once again, Ubisoft's environmental artists and level designers have created something amazing. Tom Clancy's The Division 2 gameplay happens in Washington D.C. – a 1:1 representation of the city. Thanks to their incredible devotion, the game world is totally authentic and realistic.

Besides the 3D environment, this game includes a map of natural landscapes and neighborhoods.

As most of Ubisoft's games, Ghost Recon Wildlands allows users to explore the real environments while playing the game. In this case, environmental artists have invested lots of time to create areas across Bolivia, visible through 50 cameras.

This time, Ubisoft, as one of the best game developing companies when it comes to hyper-realism, created the transformed environment of Hope County, Montana after a nuclear doomsday. Although colorful and lush, landscapes in the latest Far Cry are photorealistic and amazing.

Although very similar, these two industries have some differences when it comes to the artistic touch and fantasy.

However, the mutual usage of the same software solutions among architects, 3D artists, animators, environmental artists, and level designers allows the best creators from both industries to cooperate and create even more realistic and better landscapes, interior designs and other elements of architecture visible in video games.

After taking everything into account, we have to notice that the mentioned blurred line represents a boundary between fiction and reality, but the line that divides architectural visualization from gaming architecture might be the place where these two industries become one.

The best explanation would be something that the philosopher Alan Watts once said about music and dance:

People would go to the concert just to hear one crashing chord. ‘Cause that’s the end. Same as dancing. You don’t aim at a particular spot in the room where you should arrive. The whole point of dancing is the dance.”

Have you ever tried to create architectural visualization using a game development engine or vice versa? Share your experience and ideas in the comments!

How to become a 3D artist – the complete guide | Jooble
How To Find And Hire The Best 3D Artist In New South Wales (NSW) Australia
Most Popular Exterior Design Tools You Should Try
Why Are 3D Artist Services so “Expensive?”
Why More and More 3D Artists Will Work Remotely in the Future
The 7 Skills Every Design Professional Needs Today
How to Find a Good Visualization Artist for Your Project
The Costs of Becoming an Architecture 3D Artist
5 Reasons Why Demand For 3D Artists Will Grow In The Next Years
How 3D Artists Can Work With Clients Online
Is It Worth Hiring an Independent 3D Visualization Artist?
Want to Become a 3D Artist in Architecture? Things to Know
How 3D Artists Develop Stories Through Their Renders
Things 3D Artists Should Keep in Mind When Making 3D Tours
10 Practical Ways to Become a More Creative 3D Artist
How to Create a Serious 3D Artist Portfolio
How to Get the Most Detail Out of Your Rendering as a 3D Artist
Career Choice: 3D Artist or Architect?
How 3D Artists Build a Professional Portfolio
7 Ways 3D Artists Can Learn Rendering
Freelancer or Full-Time 3D Artists – Which One to Choose?
The Evolution of 3D Artists and Their Work
3D Artists and the Flexibility of This Vocational Choice
Who are 3D Artists in Architecture and What They do
Next
© 2014-2020 Easy Render GmbH
Contact
Terms
Privacy
Cookies