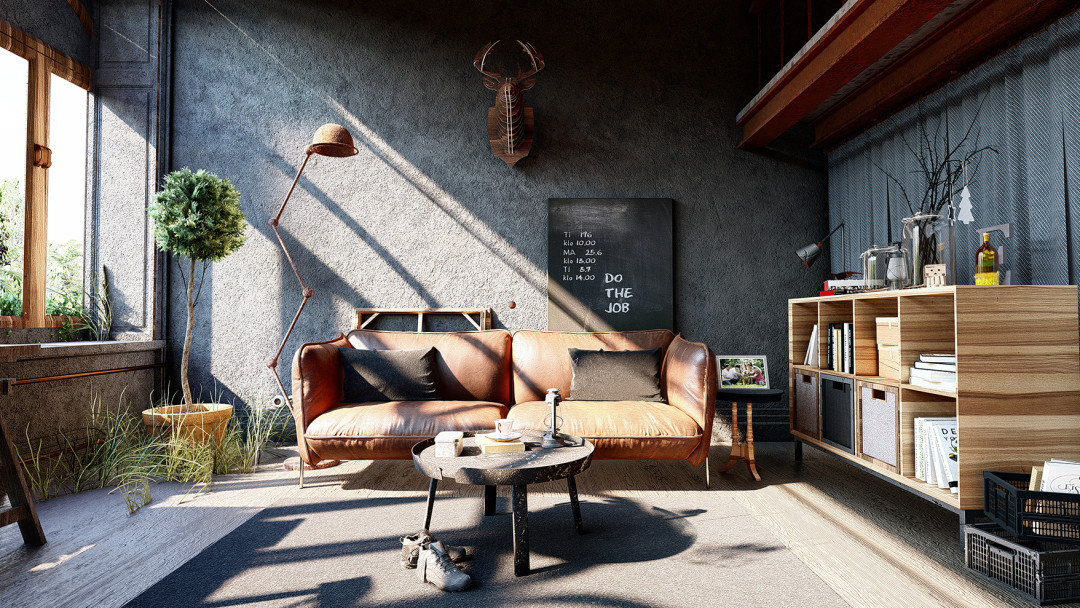 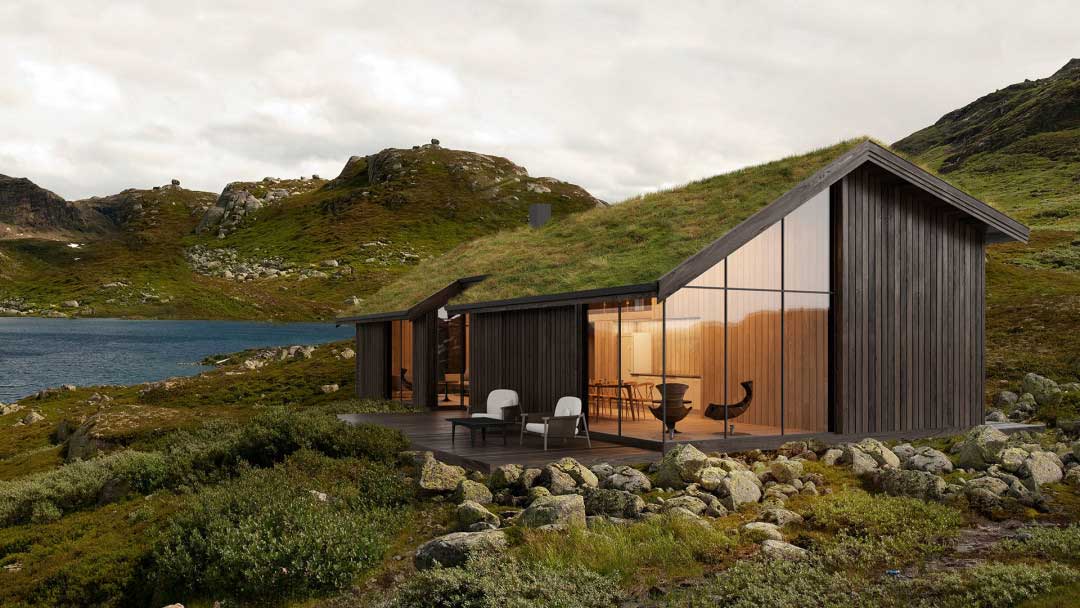 3D Artists Might be the Key to Restoring Notre Dame

As you already might know, the whole world was in shock recently as we saw the Notre Dame burn into flames. The iconic cathedral in Paris is older than 850 years and the fire consumed a lot of its exterior. The medieval roof has burned entirely and the 90-meter long spire has collapsed and crashed through the roof.

Even though the whole thing is a terrible tragedy, it is possible that the old cathedral will be restored to its original state. One of the reasons for this is because the whole cathedral was externally and internally scanned in 3D a couple of years earlier. Combined with new technologies that 3D artists have, A complete restoration seems like a realistic option.

This is not only proof of how far we’ve come as humans and that we all cherish global cultural heritage, but it shows that our technology and architectural knowledge have gone really far. Just a decade earlier something like this wouldn’t be possible.

Why is identical reconstruction an option?

The whole reconstruction project was a hot topic just days after the fire. The current project set in motion is owed to Andrew Tallon, who was an art professor that loved gothic buildings and medieval architecture. Even though he died in 2018, his name is now praised more than ever as he is directly responsible for the scans and images of the cathedral that are now available.

His laser scanning project has captured the architecture and all the details and faults of the cathedral in a forensic manner. Tallon was fascinated by old buildings and when interviewed by National Geographic in 2015 he said that they all “moved” and that over time foundations, exterior, and pillars get out of shape under the effect of the sun, pressure, and the environment.

Tallon believed that these movements of old buildings can show us their original designs. However, when it comes to Notre Dame, the medieval tools used weren’t enough to create a realistic and accurate picture of the whole building. This is why Andrew Tallon decided to make use of modern technology now available to measure the whole building in the most accurate way.

How Notre Dame was measured

Andrew Tallon dedicated himself for more than two years to completely measure all the exterior and interior of Notre Dame using laser beams and other modern technology at his disposal. He mounted the machine on a tripod and moved it around the building and inside it on over 50 different locations to be able to measure everything with utmost accuracy.

He measured the distance between all the pillars and walls, all the corners, and all of the statues. This is how he registered all the imperfections the building had. As the final part of the project, he represented all the measurements with colored dots, which combined form a 3D image of the whole building.

All the data has been combined together forming millions and millions of important points across the whole cathedral. This has allowed for a generation of images that completely reconstruct Notre Dame to its tiniest details, small defects, and amazing precision. All the photographs made from the measurements were published in a book and it can be crucial for achieving the precision required for reconstruction.

First of all, it is important to say that this measurement process is not just about measurement, it also includes instant measuring of any building. This use of laser scanning technology is not an isolated event as, for example, there is a non-profit organization from Oakland, United States, that uses the same technology to document various cultural sites across the whole world.

This same organization has also used the same method to scan a cathedral in Mexico City after it was damaged during an earthquake in 2017.

They were also able to scan every single inch of the church and bring all the details in the 3D environment. Even though they used a different device, it works the same way, it shoots lasers that bounce off objects and walls while measuring them in a three-dimensional space.

This measurement results in a 3D rendering display of the structure, accurately representing the object. What’s even better is the fact that this 3D model that is projected can be changed and manipulated in various different ways, such as an architectural drawing or producing engineering.

On the other hand, a different cutting-edge technology might also rely on these scans to reconstruct certain parts of the Cathedral and objects that were lost in the fire.

A design firm from Holland, Conc3rde has an idea to use 3D printing for reconstructing certain parts of the gothic church. They even suggest using materials and ashes from the site to rebuild the same models.

The company from Rotterdam has even made a sample of the gargoyle from the church with this 3D printing technique. They used the already existing scans made by Tallon of gargoyles on the cathedral and recreated “Le Styrge” the statue of the demon that was sitting on top of the roof of the cathedral.

The company used a smaller 3D printer called “Armadillo White” to do this and the sculpture was made out of ash and limestone.

The company has suggested that they would like to collect all the damaged materials, stone, dust, and ash from the fire site and turn all these things into a powder mixture used for 3D printing. They say that they are able to recreate statues and other objects to look and feel the same as they did earlier, with accurate measurements that they have from the scans.

Tallon isn’t the only one who recreated Notre Dame

As talks about reconstruction continue, more and more options supported by 3D architecture, visualization, and rendering keep popping up. The latest news is that one of the most popular video games could help rebuild the cathedral in detail. “Assasin’s Creed Unity” is a video game set in Paris during the French Revolution.

The developers of this game, “Ubisoft” also recreated Notre Dame in 3D with utmost detail, as they wanted to recreate the whole city as faithfully as possible. The company explained that they had a dedicated level artist who was in charge of recreating the cathedral down to its tiniest details. They also say that they worked on it for years due to its complexity.

Amongst other maps and sources, Ubisoft also used Tallon’s work to recreate the cathedral in their game. There are already talks of architectural visualizers using their engine and the model they have to navigate through their renders and fit all the missing puzzles. The complexity and size of the building require thousands of images that complement each other, forming a perfect replica.

3D rendering will be crucial

3D rendering and visualization are already some of the common tools used for modern architecture for both internal and external projects. In the case of Notre Dame, they could be used with a backward approach, trying to recreate or decompose the gothic building to learn all of its details and recreate them in the most truthful way possible.

In fact, there are already a lot of examples of realistic renderings of Notre Dame and this technique could be crucial to recreating the whole building in an identical fashion. Through all the scans and images available, 3D visualizers and architects can match the whole structure to accurate pictures that are already available and test to see whether they match in a 3D environment.

This can ensure that there no mistakes before the project begins and that the models of the whole exterior, interior, and all the objects are accurate to the way they were earlier.

During 2014, a very realistic rendering of Notre Dame was done by the Passion for Innovation Institute and there are several other examples that have already accurately visualized the building. If they combine this technique with accurate laser scans, it is possible that we will see the famous cathedral restored to its original state.

With all the technology and knowledge available, we can expect that this monumental landmark will be reconstructed faithfully in no time. 3D architecture has come a long way and the fact that there are many parties interested in contributing to the restoration of the cathedral only brings faith that we will soon be able to see Notre Dame in its original state.

How to Find and Hire the Best 3d Artist to Visualize Your Ideas
The Fastest Way to Create Appealing Home 3d Renderings
Free 3D Models The 10 Best Libraries You can Find Online
Landscape architecture and 3D rendering
7 Ways Architects Can Use 3D Rendering
Interior Design Websites
The Importance of Architectural Visualization
Turkish Company Comes Up With Stunning Visualization for Self-Building Robotics Musem in Seul
Where to Seek Inspiration for 3D Interior Design Ideas
How to Sell Architectural Services During Tough Times
Architectural Visualization in Qatar: X Reasons Why This Market Keeps Growing
Which Graphics Cards are Best for Architectural Rendering
The 10 Most Iconic Computer Generated Movie Characters
Desert Home Architecture - Mixing the Ancient and Modern
Rendering software for Sketchup
How to Hire a Great Freelance 3D Interior Design Team on the First Try
© 2014-2020 Easy Render GmbH
Contact
Terms
Privacy
Cookies