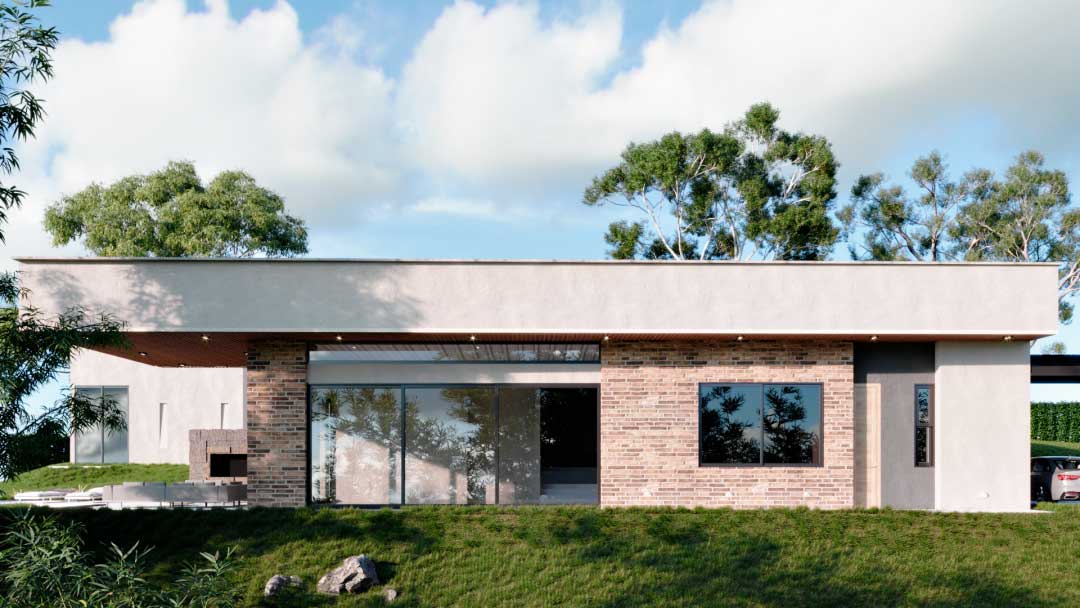 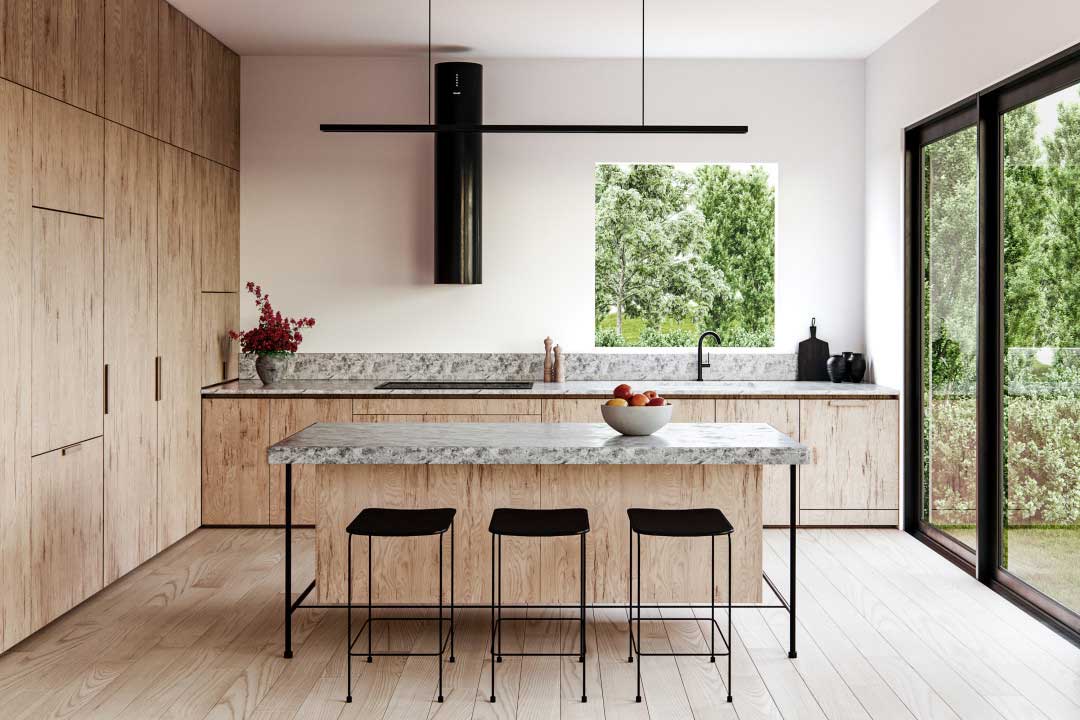 11 3D Artists That are Worth Your Attention

Being a 3D artist yourself, it’s understandable that you want to seek inspiration in your peers’ work. There is a lot more to it than just inspiration. Your colleagues' 3D designs can provide you with valuable lessons. For instance, how to incorporate the latest best practices in your work.

But there is a catch here. There are way too many 3D artists sharing their work online, so how do you know which ones to focus on. To help you out, we did extensive research and found that the following 11 3D artists are definitely worth your attention.

Billelis is one of the most prominent 3D artists in the UK. He also expressed his interest in illustration and made his way up the chain to become an animation director. Thanks to his unique style and great skills in 3D design, Billelis was able to create some of the most amazing 3D portraits.

His 3D renders are perfectly composed. Billelis often combines precious metal, gothic art, and iconic items and places them in a dark environment.

As he himself stated in one of the recent interviews: “I love the beauty in dark subjects. I try to decorate dark and often evil subjects as decorative and intricate compositions. I am highly inspired by religion, gothic art, baroque and classical arts.”

Leticia Reinaldo is a 3D artist born in Brazil. She fell into 3D art when she was very young. This is why she decided to move to Los Angeles to study 3D art.

The industry-recognized her and as a result, Mrs. Reinaldo landed many freelance projects. She specializes in 3D characters and animations. So it doesn’t surprise us to find her working in the gaming industry today.

Leticia Reinaldo got hired by Blizzard for the ongoing Overwatch project. She did some really nice work on Symmertra, Doomfist, Sombra, and Ana – all characters featured in Overwatch.

Phil Nguyen is another 3D artist you should follow. Phil comes from France, and he usually goes under a pseudonym Duc. He is 31 years old and works in Paris as a 3D character artist. So far he has worked on a dozen video game trailers for Unit Image studios. His ability to portray human emotions in his 3D designs helped him make a name for himself in this industry.

Phil became very popular online after one of his works became viral – the Akuma artwork. Feel free to go and check out Phil Nguyen art on Art Station. So far, Phil has worked on several major projects, including Tom Clancy’s GhostRecon Breakpoint, Beyond Good and Evil, and God of War.

In his free time, Phil is engaged on his own projects – recreating characters that shaped his youth. He says it’s the best way to practice his skills and learn how to better utilize the 3D tools at his disposal.

Dalmiro Buigues started out as a graphic designer. During his early career, he was situated in San Juan, Argentina. Over the course of several years, Dalmiro focused on developing his skills as a motion designer and 3D artist. He moved to Buenos Aires and started working with one of the most famous studios in the country – Injaus Design.

Dalmiro specializes in several 3D niches. You can see him doing breath-taking portraits, but also nailing 3D art for marketing purposes. Do you remember the Peppertoons on Cartoon Network? It’s a project Dalmiro signed himself. The other projects worth mentioning are the ones with The Grammys and Nickelodeon.

Cornelius Dämmrich is a prominent 3D artist coming from Cologne, Germany. He has become famous around the globe thanks to his talent and the ability to spend hours on an image before he brings it to perfection.

What can you learn from this guy? Cornelius is the king of composition, and he has a natural sense for lighting. Pay attention to these two aspects of his works. He is remarkably consistent.

Cornelius sets his environments in real places and uses, IBL, physical sun environments, or square inverse area lights to achieve the effect of realism. Cornelius recently finished his artwork by the name “6088AD” and released a very useful step by step tutorial on how he did it.

You should definitely keep an eye out on this fella. You can also take a look at a breakdown of one of his latest projects “Blitz”.

Pedro Conti has a number of 3D creations behind him. His profile on Behance has generated almost 300k views and amassed 14k followers. Pedro comes from Brazil and focuses on primarily on 3D character design. He got interested in 3D art as a young man. Over the years he has perfected his skills in various 3D software tools.

His most famous work is definitely an interesting advertisement he designed for Philips. Pedro continues to contribute to the 3D art field. One of the newest things that came out of his kitchen is a short movie, “One More Beer!”. This is Pedro’s first 3D movie, and it features some of the most amazing 3D art pieces.

Ian Spriggs is famous for his realistic 3D portraits. This 3D artist comes from Canada and has no problem with sharing his portraits with anyone who wants to see them. More importantly, he also loves to share tutorials on how to do things he does yourself.

You can find his tutorials on YouTube and 3D magazines. His work is so realistic that you can easily call his characters digital doubles.

He works as a freelancer, and most of the time, his work includes creating digital creatures and doubles. If you want to learn how to represent humans in your 3D work, Ian is the best artist to follow. He is doing an excellent job translating what makes us human into digital art.

While his favourite tools are Maya, Mudbox, Photoshop, and Vray, he says that if you want to be a good 3D artist, you need to arm yourself with patience, time, and a good eye.

Piotr Kosinski is a freelance 3D artist from Warsaw, Poland. If you have ever wondered what it would look like if exceptional talent met hard-earned skills, Piotr might have the answer.

He is a super-talented guy. If you are into 3D car art, then you should definitely follow this artist on social media. So far, Piotr has worked as a lead 3D artist on several big projects, including the ones with W+K and TBWA advertising and creative agencies.

Piotr regularly updates his online portfolio. It will only take a moment of your time to go through some of his amazing workpieces. We would like to point out his work on Mercedes C-Class Coupe CGI. The lighting, textures, and reflections in these renders make you feel like you are really inside this Mercedes model.

Christian Behrendt is a 3D artist from Germany. If you are into 3D visualization, you will find his work inspiring and his tutorials valuable learning materials.

Christian always aims to push his limits. Whether it’s an interior or exterior visualization project, he likes to make it as big and as photorealistic as possible. Christian got sucked into the 3D pipeline when he was only 13 years old. Back in the day, he used to mod games.

Milica Martic is a talented 3D artist, fashion and costume designer, and illustrator from Belgrade, Serbia. At first, her interests were in fashion, but then something happened, and Milica’s interests shifted to 3D.

In fact, it was Milica’s boyfriend (now fiance) who introduced her to the intricate world of 3D design. Milica excels in 3D character design. She also does an incredibly good job making believable 3D models of clothing and footwear.

Her favourite software tools are Marvelous Designer, Photoshop, ZBrush, VRay, and KeyShot. You can take a look at her portfolio on CG Society.

Raphael Rau is an inspiring 3D artist from Germany. If you take a look at his portfolio, you will notice that Raphael is obsessed with photorealism. If you would like to learn how to make more realistic renders, this is your go-to guy in the future. To achieve realistic renders, Raphael pays special attention to textures, shading, and lighting.

So far, Raphel has worked both on small and large projects. In the past, he was more focused on game cinematics. But, today, he has his own office in Ludwigsburg, Germany. Most of the time, he works on visualization and marketing projects.

There you have it, 11 3D artists that are worth your attention. Each one of these can help you when you need inspiration. More importantly, their tutorials and guides can help you improve your skillset and become better at 3D design.