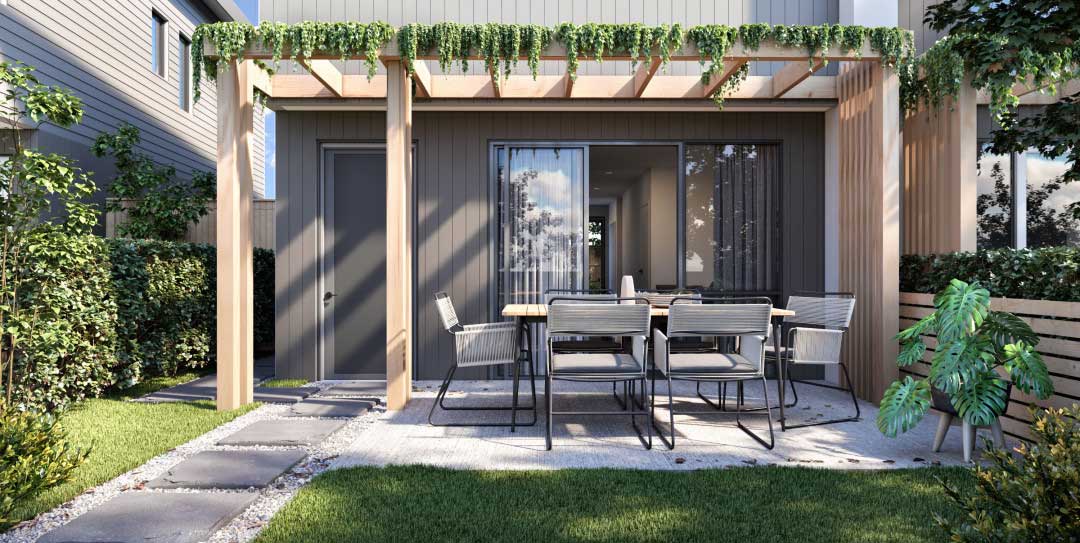 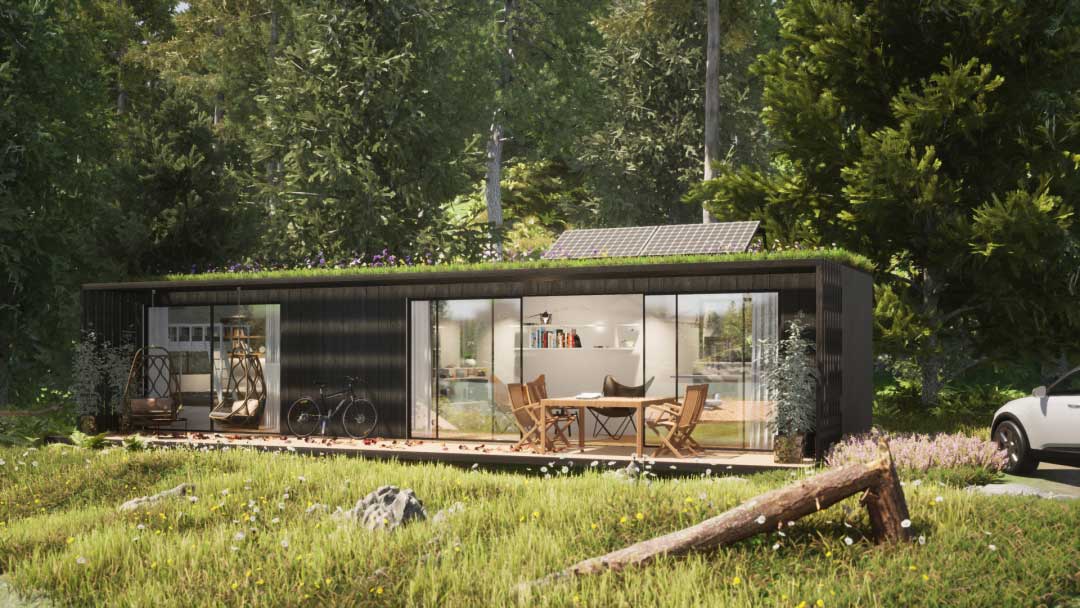 Namely, the arrival of technology alongside its widespread use introduced plenty of new professions and transformed most existing ones. Architecture was one of them, as 3D artistry became widely popular among architects and other similar positions.

Today, more and more ambitious people are trying to become architecture 3D artists. From experienced architects to curious students, everyone has an equal chance to become a 3D artist. It’s a highly competitive field since it comes with many advantages and benefits.

Nevertheless, every profession comes with its downsides, and 3D artistry isn’t an exception. In this article, we take a closer look at the main disadvantages you’ll face as an architecture 3D artist.

There’s a lot of practice and repetition involved

If you’re someone who wants a profession that constantly has different tasks and obligations, 3D architecture isn’t your call. It’s a field that strongly relies on repetition and practice, so you’ll go through the same motions over and over again.

Regardless of the type or nature of the project, most of the steps are completed in the same way. Although the final results may look completely different, the process is often almost identical for every project.

Many individuals enter this field because it allows them to take advantage of their creativity, so this can come as a disappointment and a significant disadvantage. However, if you’re someone who strongly relies on routine and would like to bring your 3D artistry skills to perfection, a lot of practice and repetition are to be expected.

Before making a decision, you might want to think about whether you’re ready for all the extra hard work or whether this is something that can bore you quickly.

You will spend a lot of time on your computer

Technology influenced numerous changes in all fields and professions, which led to more effective and cost-efficient ways of working. Like any other profession that was created as the result of the growing popularity of new technology, 3D architecture also heavily depends on the latest tools.

From learning how to make 3D models to entering the professional field of architectural 3D modeling, there’s nothing you can do without a computer. As working from home has become the norm over the last few years, you’ll also communicate with your clients, participate in meetings, and complete other activities related to work over the computer too.

Essentially, you’ll have to spend most of your time glued to the screen. That is a significant disadvantage for people who are outgoing and like to communicate with other people while working.

The hardware is expensive

3D architecture comes with two big investments all aspiring architectural 3D artists have to make. The first one is the hardware investment, which can be extremely expensive, especially for students who need powerful computers for their classes but can’t afford them.

To complete any 3D architecture project, you’ll need a powerful computer with impressive specifications. The latest processor, enough RAM, and a top-class graphic card are just some of the must-haves, as you’ll constantly be working on demanding projects that’ll drain all your computer’s power.

The programs you’ll run and use every day, as well as the activities you’ll have to complete, aren’t quite possible even with a mediocre computer. Therefore, that’s something you’ll have to invest in since it’s the only piece of equipment you simply can’t work without.

As the latest high-end configurations can be ridiculously overpriced, think about purchasing a used but well-maintained computer if you’re on a budget. That way, you can find good configurations at reasonable price points. Some stores also offer student discounts, so that’s a good advantage you can use if you’re still a student.

As previously mentioned, there are two major investments you’ll need to make to get you started with 3D architecture. In addition to hardware, you’ll also need to invest in software tools and programs specially designed for 3D artists.

Although software tools aren’t as nearly expensive as hardware, they still require a considerable amount of money. Prices of software programs can vary, depending on what you’re looking for. The market is filled with programs and software tools that make a 3D artist’s job much easier.

If you’re a student, there’s a big chance your school or university bought a specially licensed version for educational purposes. Therefore, you’ll probably get access to these programs over your institution. Additionally, a student loan may cover the cost of the software as well, depending on how vital it is to your degree program.  Either way, that allows you to experiment with different programs and find the ones you like working with the most.

Once you launch your career as an architecture 3D artist, you’ll know which software tools to purchase. However, if you’re self-taught, you’ll need to make this choice more carefully. Most of these programs offer trial versions, and there are many reviews and tutorials you can take a look at.

In any case, professional software for 3D architecture is expensive but obligatory.

Many people won’t understand what you do

A job is much more than something you do to earn money – in many cases, it’s a part of who you are. One of the first things people learn about you besides your name is what you do for a living.

Traditional jobs such as a teacher, doctor, salesman, and lawyer are easy to explain to everyone. However, the problem arises when your profession is fairly new and not many people know about it, such as being an architecture 3D artist.

You might experience some difficulties when trying to explain your profession to other people. Older generations and senior citizens who didn’t grow up with technology will especially have trouble following. Other people who aren’t as informed about new professions won’t understand you fully either.

However, this isn’t such a big issue if you’re patient enough and willing to tell something more about your professional duties to everyone you meet.

The bigger problem arises when you need to enter your profession for any kind of documentation. Namely, financial, insurance, and similar institutions will ask you about your job position when you want to get a loan or get an insurance policy. Some outdated systems still don’t have 3D artists as an option, leading to unnecessary complications during the process.

Clients will annoy you at times

If you chose 3D artistry and architecture because you’re introverted and you don’t have to communicate a lot with other people in this field, you’ve made a wrong choice.

As an architecture 3D artist, you’ll spend a lot of your working hours in meetings with your clients, bouncing back and forth on different project ideas. Don’t expect everything to go over smoothly, as most ideas face several obstacles and go through numerous rigorous processes before becoming relevant projects.

Clients will surely annoy you at times because they’ll always find something they don’t like with your 3D models. They tend to be overly demanding and picky, but that’s because these projects are vital to them, and they’re investing a lot of money into their realization.

All people are different, and so are your clients. Some of them will be ecstatic with a first model, while others won’t. Don’t feel disappointed if some of your clients send the final 3D models back to you several times for revision.

All you have to do is listen to your client’s ideas carefully and do everything you can to make their vision come to life. Be patient with even the most annoying clients, and the rewards will follow.

There’s always something new to learn

If you’re informed about all the latest developments in the 3D artistry field, don’t get too comfortable. It won’t last for a long time unless you constantly expand your knowledge and improve your skills.

That being said, 3D architecture is always progressing, evolving, and reaching new heights. It’s ever-changing, and there are no signs of it slowing down anytime soon. 3D artists can always learn something new and improve as long as they focus on their careers.

Learning new techniques, refining the known methods, attending educational courses, and updating software and hardware tools are just some of the possible ways 3D artists can stay up to date with the latest advancements in their profession.

While this may sound great, it can soon become overwhelming trying to keep up with all the innovations and developments in the field.

It doesn’t matter whether you’re a self-taught 3D artist or you just got a degree from a prestigious college. All beginners start from scratch because they must prove themselves if they want to succeed.

That’s also one of the biggest advantages of 3D modeling, as it offers every individual an equal chance to become successful.

The world of 3D architecture has become a highly competitive field, especially over the last few years. There are a lot of ambitious and aspiring young artists who are ready to devote themselves fully to 3D architecture and become the best.

You’ll need to work hard to establish your name and become a relevant architecture 3D artist. Every artist must work their way up as there aren’t any shortcuts.

Don’t expect any changes to happen overnight or after one successful project. Building up a reputation is a long process that can take several years. You probably won’t even notice when you’ve finally established a name for yourself because it’s such a gradual process.

Remember to stay persistent when you start losing hope. These moments are key factors that determine how successful you’ll be.

It’s worth it, though

All in all, it’s worth becoming an architecture 3D artist. Even though this profession comes with its unique disadvantages that can discourage you from pursuing a career in 3D modeling, remember that the good outweighs the bad in this case. After all, you won’t find a profession that doesn’t have any downsides.

3D architecture is a rewarding and fulfilling profession that can complete your life, transform the lives of others, and make you happier. It allows you to meet many new people, make connections, and blend creativity with function, all in addition to providing you with a nice paycheck.

You can create some of the most significant architectural works by bringing your client’s ideas to life and merging them with your expertise. You can make history.

When you compare its numerous advantages with all the disadvantages we’ve mentioned, it’s safe to say that choosing 3D architecture as your vocation is never a bad idea.

You surely knew about the benefits and advantages of working with 3D architecture. However, how informed were you about its downsides?

Now that you know everything about 3D architecture, you can paint a better picture of how your life as an architectural 3D artist would look like. Having both the pros and the cons in mind, you can make a smarter decision and determine whether 3D modeling is the right fit for you.