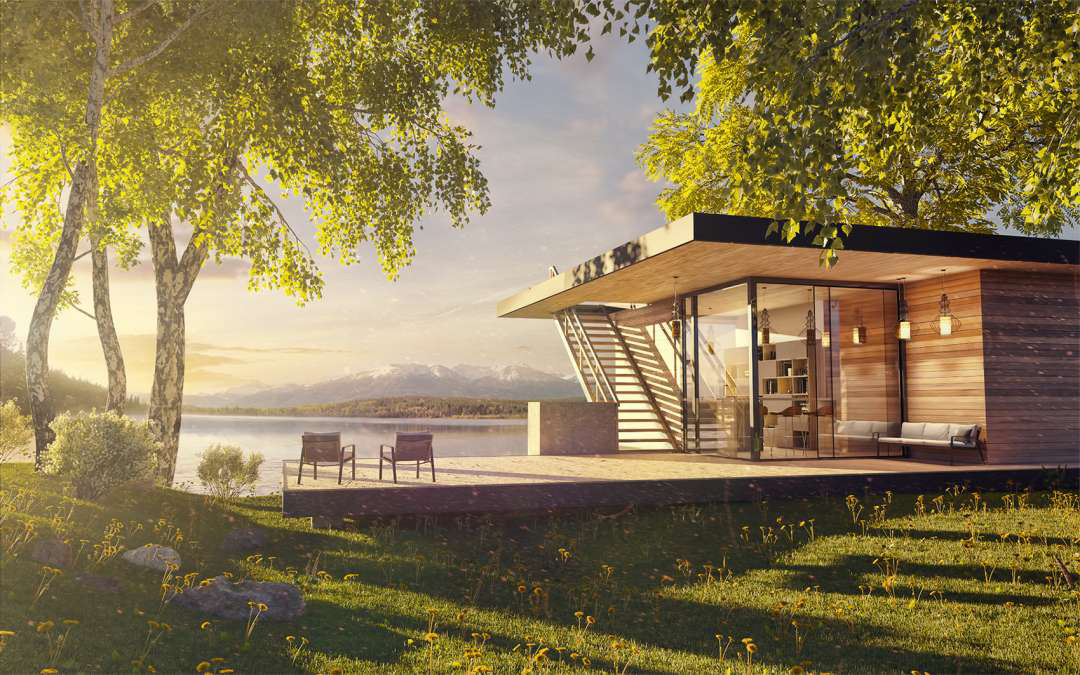 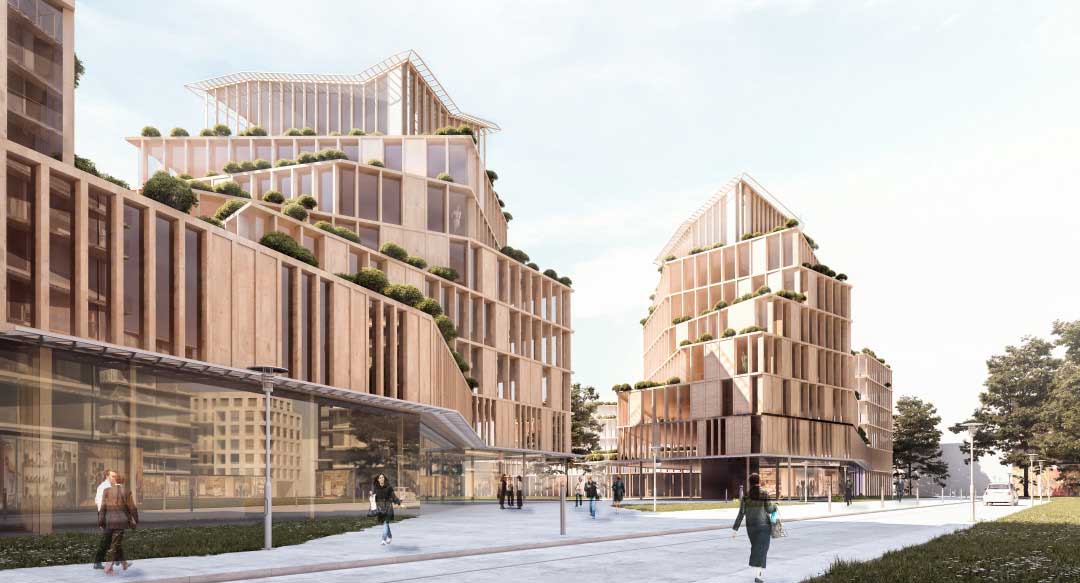 Architecture plays a huge role in our everyday lives. It shapes the world around us with cool houses, iconic buildings, historic landmarks, and it surrounds us everywhere we go.

We have entered the modern era of architecture, where young architects are looking to innovate and create buildings that haven’t been seen before.

These architects are inspired by some of the greatest names of contemporary architecture. If you are looking for inspiration or role models that will help you develop as an architect, or simply want to see some fantastic architecture, here are some of the names you should look up to.

The first on our list is Frank Gehry, as his works are seen as the most innovative and distinctive phenomenon. His legendary deconstructive forms are so unusual that thousands of people from all around the world travel to see his buildings.

Vanity Fair and many other big names have said that Gehry is the most prominent name in modern architecture. He is the one that set the standards for contemporary architecture and made it a standard. He was the first one to manipulate forms uniquely, along with different materials that defied traditional architecture logic.

This Chinese-American architect studied architecture in the US and quickly became one of the key players in modern architecture. For more than 80 years, his work remains worldwide, taking everyone’s breath away with unique geometric forms and traditional Chinese elements.

One of his most iconic buildings is the National Center for Atmospheric Research, located in Colorado. The building’s natural elements and geometric forms blend in perfectly with its surroundings. He has worked on many important government buildings and iconic sites.

This French architect started his architecture firm when he was 25 years old. Since the start of his career, he started to show off his postmodernist and modernist approach to architecture aesthetics. He quickly forged a style of his own that made him stand out.

His objects completely change the surrounding landscape after they are built and become important urban events. He is one of the best architects of putting a structure in a certain context. His formula has made him one of the most respected names in the world. One of his most iconic buildings is the Doha Tower, located in Qatar.

Norman Foster is one of the most known British architects. He is known for his glass and still innovations, fantastic space management, and contouring excellence. His architecture company, “Foster and Partners”, remains active internationally and is praised for its high-tech approach to design.

Foster was responsible for designing the Hearst Tower, the Reichstag, Willis Faber & Dumas headquarter building, and 30 St Mary Axe. He is the epitome of modern architecture with his sleek solutions.

This German urbanist and architect was born in 1971. Scheeren has some of the most glorious contemporary architecture work like The Interlace, which earned him the World Building of The Year Award. He is considered to be a creative genius that excels at designing structures that haven’t been seen before.

When asked about The Interlace, he explained that he wasn’t designing a residential building, he pictured the whole project as a vertical village. Scheeren won many awards during his career, and there is a lot more we can expect from him in the future.

There are a lot of people who think Frank Wright is the best architect ever to have lived. Wright was the first architect to look at the interior and exterior areas as a single unit. He was way ahead of his time when it comes to the construction method and architectural form.

What’s even more interesting about this legendary architect is that he never studied architecture formally. Wright is praised for his organic natural forms and prairie-like buildings. Even after more than 150 years after he was born, his design and building concepts are still one of the best.

Even if you aren’t into architecture, chances are you’ve seen some of the work by David Chipperfield. He’s known for his contemporary minimalist designs. His works blend cultural constraints and traditional requirements while bringing them into a modern sphere with a minimalist approach.

He is praised for his attention to site specification and context. He has done a lot of work in Japan and Germany. Chipperfield keeps a minimalist design in all his work while toying with glass extensions and different concrete volumes.

Safdie is also a contemporary architecture giant who earned many rewards, including a Gold Medal awarded by the Royal Architectural Institute of Canada. His work combines innovative curves and lines, which create incredible geometry that nobody has ever created.

Habitat 67 is his most known work. This housing complex is an iconic structure and one of the most known landmarks in Montreal, Canada. He also worked on the World Holocaust Remembrance Center, Marina Bay Sands resort, Kauffman Center for the Performing Arts, and Khalsa Heritage Center.

This Italian architect found his way on the list of 100 most influential people in the world in 2008. Piano is also one of the few architects that won the Pritzker Prize, and his work has shaped contemporary architecture.

Similar to many other successful architects, he worked together with Louis Kahn when he was younger. He is praised for his unique approach to details and materials. One of his most critically acclaimed projects is The Shard skyscraper located in London.

Even though there were a lot of controversies surrounding its construction, this building has brought the city into the 21st century. The Shard was also named the world’s best new skyscraper.

Mies is one of the pioneers of contemporary architecture and is still praised for his work even though he was born in 1886. He was also way ahead of his time and was one of the first architects that had a minimalist approach.

He also innovated many new designs using structural steel and plate glass between different interior spaces. Some of the best by Mies include the Crown Hall, Seagram Building, National Gallery in Berlin, and Barcelona Pavilion.

It’s difficult to narrow down the best contemporary architects to 10. Many architects have made their marks and are currently blowing away the whole industry with their solutions. Everyone has their favorites, and this is our choice of the top 10 iconic architects.

We understand that others might not agree with our list, but hey, architecture is an art form where subjective taste plays an important role. What would your top 10 list look like? Feel free to share some of the work you find inspiring.

Architectural rendering and design communication
What Do Clients Get from Interior 3D Design - A Vision You Can Show
Architectural Visualization – How to Determine Realistic Deadlines With Clients
7 Tips When Building A Shed
The most popular rendering software used by architects and designers
Important 3D Visualization Benefits 3D Interior Designers Should Know
Best Architecture and Design Websites For Online Learning
Most Inspiring Architecture Magazines You Should Read
Are 3D Visualization and 3D Rendering Different & How?
Don't Let These 4 Mistakes Hurt Your 'Dream Home' Plan
5 Essential CG Approaches that Have Changed Architectural Visualization
7 Tips for Better Architectural Rendering
The Importance of 3D Modeling Development for Better Education
A Day in the Life of a 3D Rendering Artist
8 Digital Marketing Strategies to Target Builders and Contractors
The Future of 3D Interior Design - How Design Is Evolving
© 2014-2020 Easy Render GmbH
Contact
Terms
Privacy
Cookies