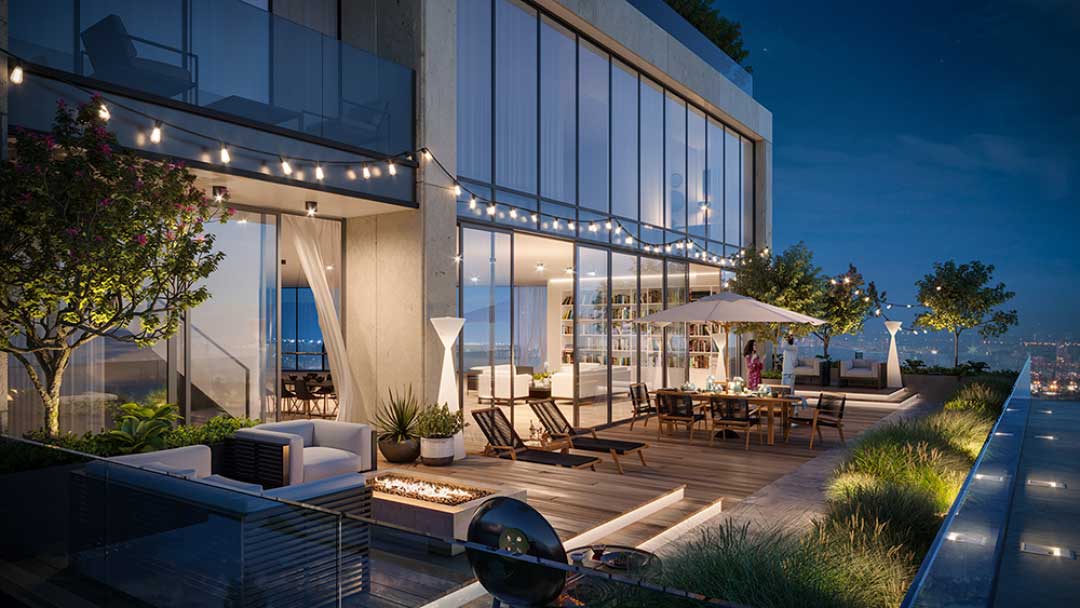 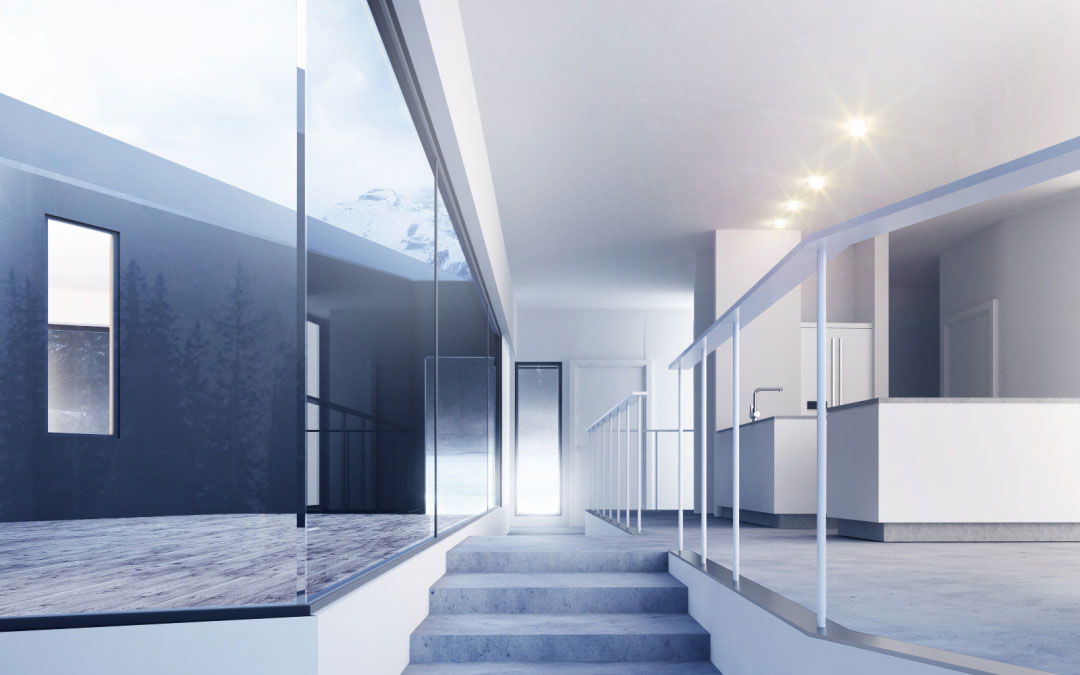 Why Unity Is so Popular as a 3D Rendering Solution

If you’re into video games, whether that’s into playing them or developing them, you’ve undoubtedly at least heard of Unity.

It’s by far the world’s most popular game engine. It powers more than half of all mobile games, and it’s overtaking most consoles and computers.

But what exactly makes Unity so popular? Why is it the number 1 choice for most developers? Well, let’s see what Unity is, and which features make it stand out, and the answer should be crystal clear.

In short, Unity is a powerful framework for building both 2D and 3D games. It was founded in 2004 with the aim of making game development accessible to anyone with interest in it.

It truly gained popularity around 2010, since the competition wasn’t the strongest, and Unity was accessible both to indie developers and large companies.

Because of its versatility, flexibility, high-end features, and overall ease of use, Unity has been ruling the game development world for over a decade.

Let’s take a look at some of its best features, and you can find out whether this game engine is the right choice for you.

When you’re in the process of searching for the right 3D rendering solution, ease of use if probably the first, most important factor you consider. Of course, there’s always going to be a learning curve whenever you start using a new piece of software, but the simpler the interface, the better.

Well, Unity is at the top of its game here. It has an intuitive, user-friendly interface that makes this 3D rendering solution easy to master.

This is the primary reason why it’s so appealing to indie developers and newcomers.

However, just because it’s simple to use doesn’t mean it’s created only for those who are just starting out with game development. As mentioned, Unity’s a preferred choice for many large companies as well. This 3D rendering solution can cater to all needs.

Another reason why Unity is so easy for newcomers to understand and use is that it uses high-level programming language known as C#.

C# is somewhat similar to C++ but much simpler to use. It’s based on the .NET framework, and you’ll have access to an abundance of useful features that will keep your code clean and concise.

Even if you’re a complete programming beginner, you’ll likely find it easy to get around developing games in Unity with C#. You have access to many tutorials that explain how everything works, and the community tends to be very friendly. Even if you get stuck, you’ll easily find someone to help you out.

One of the main reasons why developers go for Unity is because it’s fully compatible with Windows, Mac OS, and Linux. Most game engines require you to have at least Windows 7 64-bit, but Unity can work on Windows XP as well, and you’ll be able to develop games on any device you have.

When Unity is installed on Windows or Mac, it automatically installs Visual Studio which is set as the External Script Editor by default. Visual Studio will be used as the default editor for all script files, but you can change that in the “Preferences” as needed.

For Mac OS and Linux, you’ll need to install the scripting backend Mono to use Visual Studio Code for C# code editing.

One of the best things about Unity is that it supports a multitude of platforms, 23 of them at the moment to be exact. This means that once you’ve built your game, you can essentially deploy it about anywhere.

Primarily, Unity is renowned as the world's top choice game design platform. Once you've created the game, you can deploy it on Android, iOS, Windows Phone, and even Tizen with a single click.

VR is the next best thing in the gaming industry, and by the end of the year, VR video gaming revenues are expected to reach $15.1 billion. If you want in on this, you can easily use Unity for developing both VR and AR games.

Desktop games can be developed for Windows, Mac, and Linux, the engine supports PS4, Xbox One, Nintendo Switch, and Nintendo 3DS gaming consoles, and you can use a plugin to develop web-based games.

With so many options, it’s truly no wonder that Unity is the most popular game engine.

The Graphics Are Out of This World

Whether you’re developing a 2D or 3D game with Unity, you can rest assured that the graphics will be astonishing. If we’re being honest, we all know that today, many gamers give more value to the graphics than anything else. So, if you want your game to sell, you need to ensure that it looks perfect.

This is what Unity allows you to do. You can create realistic animations and architectural visualizations when rendering in 2D and 3D. The engine has great features such as collision detection, allowing you to create a highly interactive game.

Using this 3D rendering solution, you can create realistic scenes and set the atmosphere perfectly with unified lighting. The smart camera system allows you to compose astounding shots regardless of whether it’s a 1st person shooter or a 3rd person adventure game you’re developing.

To create natural movement in 3D, speed is of utmost importance. The rendering speed has to be at least 24 frames per second so that the human eye can perceive it as natural movement. Achieving photorealistic, natural movement is a fairly difficult process that requires a lot of sophisticated calculations, but Unity offers you simple parameters that you can understand and use to create fluid movements.

And this isn’t just about the 3D rendered game characters and the nearby objects. If you want the whole scene to be captivating and realistic, you need to ensure every aspect of it is perfect. Unity has an interesting feature known as Wind Zones, for example, which allows you to create natural patterns of movement among trees. You can easily play around and experiment until you achieve a perfect 3D render of natural movements.

Unity Allows You to Do Live Edits

Among the best features of Unity is that it allows you to do live edits. Ne you’ve made some progress with the game, it might seem that it all looks perfect, but you’ll never really know until you test it all out.

Video games are a very complex system, and you cannot predict how that system will behave until you get a chance to see it in action. If there’s a glitch or a problem, it tends to get difficult to dig out the cause and fix it. This is why Unity allows you to make edits in real-time.

When you get this 3D rendering solution, you receive countless tools at your disposal, you get Event triggers, Audio, Physics, Lighting, Animation, etc. The standard package offers you a wide variety of tools, and if this doesn’t seem adequate enough for the game you’re developing, you can go to the asset store to find additional plugins, pieces of code, animations, and more.

What’s interesting here is that while some of the tools are created by Unity, most of them are actually created by the community. You can find some truly interesting and unique tools, and use the asset store to even sell or share your own creations.

Unity Takes Things to the Cloud

Cloud technology is here to stay, and Unity has found great use of it. It integrates cloud storage solutions that allow you to share, sync, and save your projects. This is excellent for collaborative projects that require you to work closely together with your teammates. You can work more efficiently, and collaboration is made easier.

By relying on Unity Cloud Diagnostics, you can gather valuable feedback from your end users once you’ve deployed the game. By collecting and identifying performance data and user feedback, you can respond in real-time and keep your end-users satisfied.

As mentioned, Unity is an attractive choice for many indie developers and newcomers. One of the reasons for this might just be their pricing policy.

If you’re just getting into game development and 3D rendering for fun, or have annual revenue of up to $100,000, you have access to some of Unity’s basic features for free.

If you have a revenue of up to $200,000, you can sign up for their Plus Plan. It comes to $25 a month with an annual subscription, and you get additional features, can create a Custom Splash screen, and have certain discounts at the assets store.

You can get the Pro Plan for $125 a month, and receive access to all of Unity’s features.

Unity was created to make life easier for all game developers, big and small, and all of its amazing features and functions make it perfectly clear why this game engine is so popular around the world.