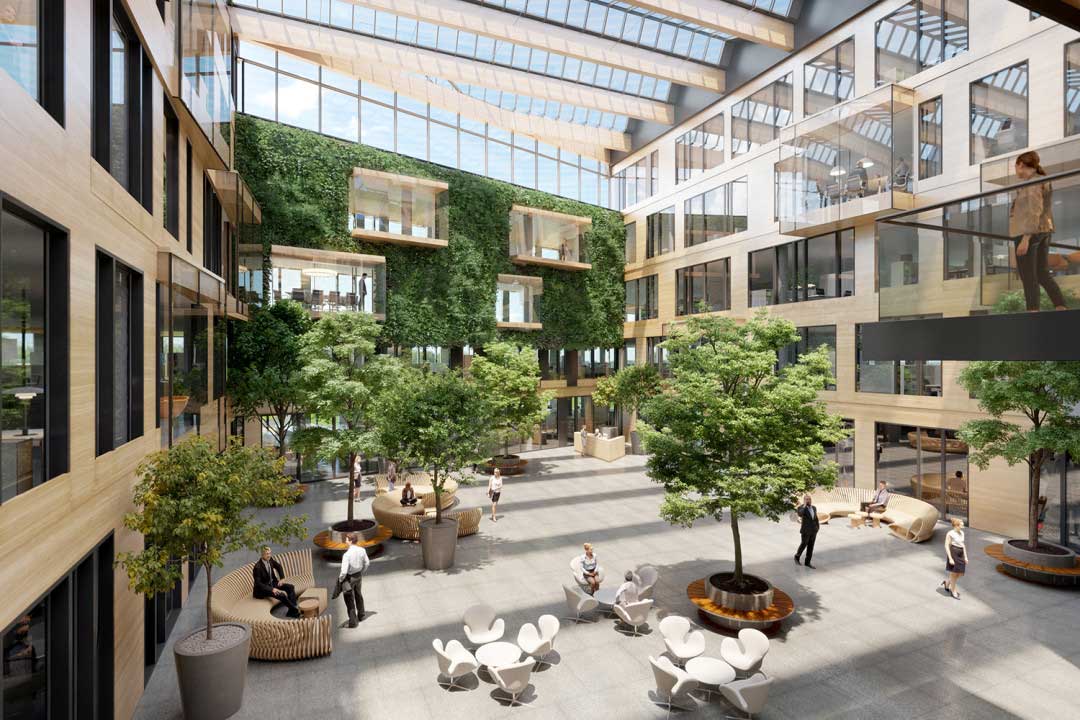 While technology advances, architectural visualization is becoming more complex, and investors and clients are getting even more demanding. Standing in the middle of the battlefield, architects and 3D artists always have to choose the best software solution to achieve hyper-realistic results and stay ahead of the competition.

It's known that architectural visualization has the most powerful influence when it comes to selling projects, and that's why you have to carefully consider each decision.

Among numerous software solutions available on the market, there are always a few that work almost equally well, so we can't decide which one to choose. Right now, if we're talking about the best architectural visualization programs, we have to choose between Unity 3D and Unreal Engine.

Let's learn something new about the mentioned engines and compare features, preferences, and results! That appears like the only way to choose the most suitable solution for architectural visualization.

The modern world of architectural visualization requires access to various platforms, compatibility with the latest equipment and gadgets, as well as the possibility to use the software on various devices. The wider platform access you have, the larger your customer base will be. Let's compare these two engines.

Ease of use is usually the first and the most important factor while deciding what software to use. Of course, the quality of the end product is also very important, but if the software is too hard to use, the chances that most people will actually use it are low.

Although both interfaces are quite similar, beginners should start with Unity 3D. Movable and resizable toolbars are the positive characteristics of both programs, but Unity 3D is unmistakably simpler to learn and use.

User experience is crucial in determining the better solution, and we can freely say that Unreal Engine takes second place behind Unity 3D. Unity 3D is faster – assets take a shorter time to save or import, and, unlike in the Unreal Engine, simple tasks don't require any extra steps.

The secret of Unity's fast response lies in the fact that it can run on Windows XP, while Unreal Engine requires at least Windows 7 64-bit.

When it comes to graphics, both engines support 2D and 3D animation. Physically-Based Rendering, Global Illumination, Advanced shaders, Volumetric lights, and Post Processing are also common features for both software solutions, but, we must say that one engine is much better than the other in terms of graphics.

Unreal Engine can help you achieve any type of visual style, allowing you to create complex particle simulation systems. Moreover, the advanced dynamic lighting, which is a crucial element in architectural visualization, is much better in Unreal Engine.

In comparison with Unity 3D, Unreal Engine is capable of creating much more accurate and smooth lighting. Moreover, it's important to mention shadows, too. A polished look and nice falloff of shadows will make your renders more realistic.

Sometimes, the opportunity to import ready-to-use 3D models, environments or textures can save you lots of time and even improve your end product. It's important to mention that both Unity and Unreal have asset stores.

However, the number of assets in Unity's and Unreal's stores differs. Unity 3D has a better asset store, where you can find everything from the ORK Framework for creating RPGs, extensions for AI control, to intuitive animation, motion capture software, and GUI generators.

The Unreal Engine's material editor is similar to 3ds Max's or Maya's editor. Using the node graph, you can edit and adjust materials quickly.

The Quality of End Products – Visualization

When it comes to the quality of visualization, we can freely say that Unreal Engine is way ahead of Unity 3D. Thanks to its fully integrated and ready to use post-processing, visualizations done in Unreal Engine have smooth cinematographic quality. Various grading, volumetric, and lens flares effects are also a plus for this engine.

Animations of architectural visualizations done in Unreal Engine are more realistic because of Unreal's ability to produce high-quality and realistic natural and artificial lighting, as well as the landscape around your building. When it comes to interior design, you can highlight all the imperfections and achieve hyper-realism simpler than ever.

Another important factor while choosing your architectural visualization software is pricing. Pricing, both for Unity 3D and the Unreal Engine depends on your funding.

If you're just trying to practice for fun, then you can use any of these for free. On the other hand, if you're earning lots of money, you can consider the following pricing methods.

Unity 3D – If you decide to use Unity 3D, you can download a completely free version. However, there is a Unity Pro with broader features. If you want to upload your free Unity 3D to Unity Pro, you'll have to pay $1,500, or you can pay $75/month.

Unreal Engine – Recently, the Unity Engine went entirely free. If you're a student or educator, you can download your free version and enjoy. However, Unreal Engine, unlike Unity 3D, has royalty fees of 5%.

When we've compared all the features of Unity 3D and Unreal Engine, we have to say that both engines are awesome! Depending on your goals, you should pick the most suitable solution and start creating advanced architectural visualizations even today.

What do you think, which software is a better solution for architectural visualizations? Let us know in the comments!