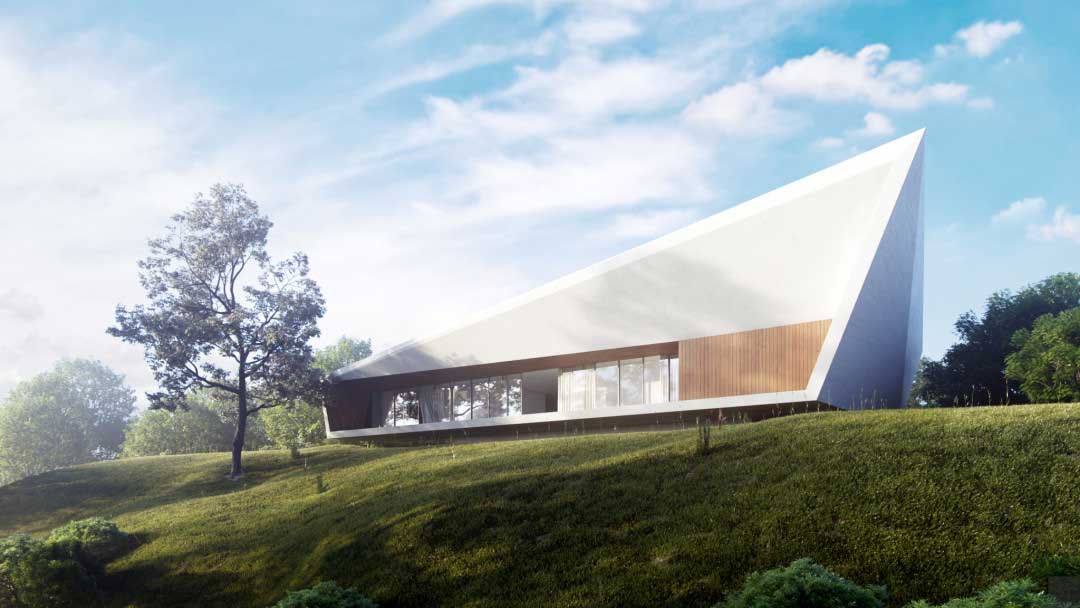 For 3D rendering and visualization artist, the programs they use are the foundation of their work. “Particular” doesn’t even begin to describe the relationship between artist and software. And while there are a host of really good programs that pretty much everyone with an internet connection knows about, there are a few up and coming renderers and models that are soon to be on everyone’s radar.

These 5 3D visualization programs are making waves in the industry as viable alternatives to mainline staples like vRay, 3DS Max, Rhino, SketchUp, and Blender. You might not think it’s worth the effort to endeavor in learning a brand new piece of software, but these newbies have a lot to offer when it comes to usability, accessibility, and functionality.

You might not have heard of these visualization programs yet, but there’s reason to put them on notice if your current suite is falling short.

KeyShot is all about speed. It’s a powerful renderer that allows the user to view their work - lighting, materiality, geometry and camera, in real time. If workflow is something you’re constantly struggling with, it would be worth your time to invest in a program that removes the need to set up draft views and wait. And wait. And wait.

But, Keyshot is more than just a zippy version of every other rendering program you’ve used. It’s streamlined and accessible in a way that few other, more cumbersome programs, can be. In fact, learning the ins and outs of Keyshot is fun, and working on a scene while it's being simultaneously rendered in real-time is truly a sight to behold.

As if I didn’t already have you at ‘Unicorn,’ this incredibly powerful and user-friendly renderer is the hottest thing in the visualization industry since the PrismaColor marker. The self-proclaimed “ultimate GPU rendering experience” is one of the speediest renderers available, and boasts compatibility with all of the most popular 3D modelers.

While the debate between CPU vs. GPU in terms of best utilization of computing power will likely rage on until the world is destroyed by a meteor, Unicorn provides compelling evidence in favor of their prefered horse. Whichever side of the tracks you currently fall on, there’s no denying the power, speed, and usability that come saddled alongside this beast of an alternative renderer.

For animation and video effects artists, Lightwave 3D should be on everybody’s wish list. The development of this 3D modeling software is focused on streamlining workflow and making the artist’s job easier. It’s a good pitch, and one that happens to deliver on experience and results. And though Lightwave might not be the household name some of the other programs boast, it’s won awards for functionality and usability.

Lightwave is for visual artists, architectural visualizers, game developers, product designers, and just about anybody else who is inclined to use the most powerful, effective 3D modeling tools the market has to offer.

Modo is a powerful one-stop-shop for people looking to invest in a single piece of software that does it all, and does it all well. Much like Keyshot, it utilizes a real-time algorithm to allow you to view a finished version of your work as you’re developing it. Modo also come stock with a full suite of intuitive modeling tools, enabling your workflow to be faster, easier, and more aligned with your skill-level.

For incredibly flexible and speedy modeling, Modo carries several procedural tools that can populate a scene with complex, automatically generated models. And unlike other programs that have similar tools, Modo makes them easy to understand and implement.

As it’s super-powered namesake would suggest, Octane Render is one of the fastest pieces of software on the market. It utilizes the graphics card (GPU) in your computer and an unbiased, physically accurate rendering engine to pump out photo-realistic images and animates at a fraction of the time of its competitors.

Octane supports over 21 plugins, ensuring compatibility with all mainline and lesser-known modeling programs. Octane is marketed more at animators, visual effects artists, and video game developers, but can be used by architectural visualizers to create imgages that have to be seen to be believed.