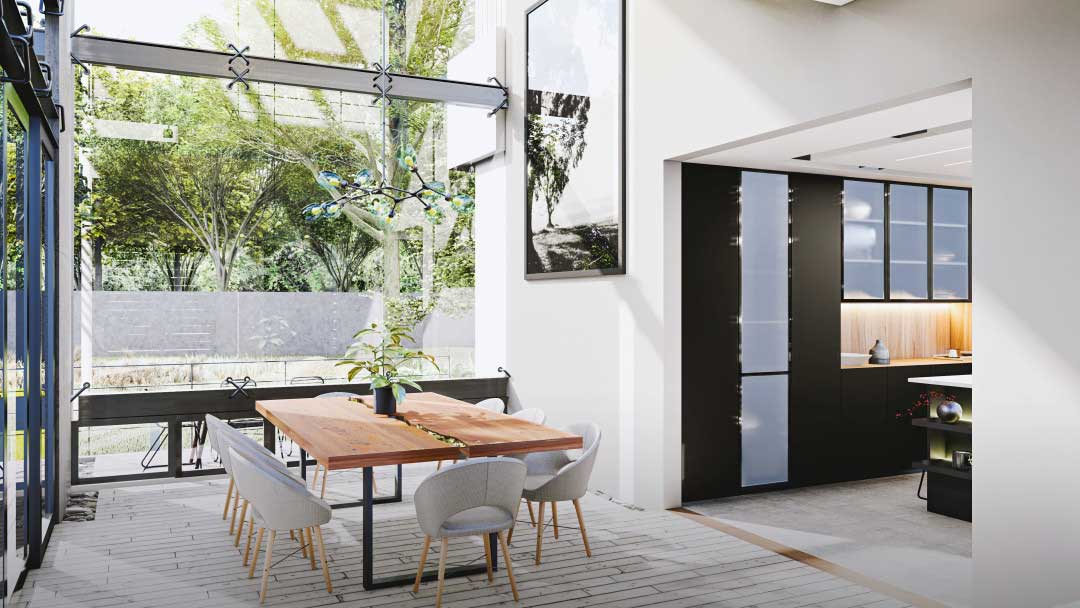 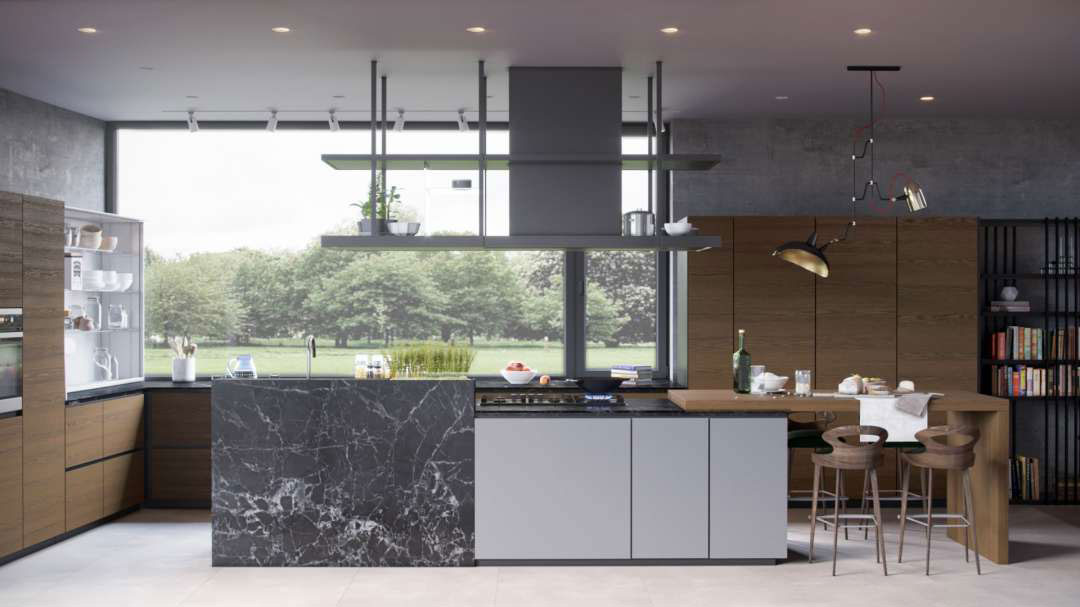 Speed is matters. Take a look at what distinguishes this render engine from the rest of the crowd.

Although it is still a relatively new concept, the graphic card accelerated rendering engine looks as though it is the way of the future for architectural visualization. Graphic Processing Units or ‘GPUs’ are able to handle more information than the CPUs, and tend to outperform standard CPU based rendering engines sometimes by up to fifty times. This increased speed means an overall savings in both hardware and software. One computer can now be loaded up with a couple top of the line graphics cards and conceivably outperform 50 traditional rendering computers. That means only one license and one work station is needed to get comparable performance to that of a traditional CPU rendering farm! (This also means a saving on electricity bills and in office space)

In addition to improved rendering time, the ability to create highly interactive IPR renders with instant feedback on material changes, scene lighting or object placement means a far more intuitive workflow for the 3D artist. Gone are the days of adjusting a light source and waiting 10 minutes to see just a glimpse of the updated image. Final render times are a great perk of the GPU renderer, especially if you’re creating large images for print or an architectural flythrough. That being said, the instant feedback on adjustments to a scene now feel like an absolute must in this day and age and after enjoying the luxury it is almost impossible to go back.

One of the front runners in the GPU based rendering engine is Octane. It calls itself both the first and the fastest GPU renderer to produce physically correct unbiased images. The claim of being ‘the fastest’ is tough to truly measure because, with 3D, so much is dependent on your own personal workflow and how you’ve chosen to best optimize your scenes for the specific rendering engine. That being said, Octane is in fact very quick so long as you have a high end Nvidia Graphics Card, or if you’re lucky, more than one card installed on your computer. In addition to being, at the very least, near the top in speed, Octane has a number of innovative features like the “Octane Render Cloud”, Octane Live Database, which hosts hundreds of user made materials which are only a click away, and the IPR render now processes moveable proxies which means you can see the mesh move in almost real time as you make adjustments. This is great for architectural rendering, in particular when an artist is tweaking landscape designs. The ability to move the trees and sun in real time to get the perfect lighting setup and show shade shining through trees is extremely fast and intuitive, in more traditional rendering software this could have easily taken hours.

Beyond it’s speed, Octane is extremely easy to figure out as a beginner. Out of the box, even a relatively new 3D artist can begin creating attractive scenes simply by using an environment HDR lighting node along with some default Live Database materials.

For all that is good with Octane, it does have some issues associated with it. Although the interior rendering and product rendering quality of Octane rivals the images which V-ray creates, most of Octane’s exterior architectural renders can’t quite compete with some of the other more established companies. The images from Octane often come out looking cartoony and over saturated, a far cry from the expected physically accurate realism which is promise. One could debate that this is more of an issue with the individual artist; however, a highly regarded architectural rendering company, RealSpace 3D, has been offering their services with both V-ray and Octane for a number of years now and the overwhelming feedback they’ve received is the preference of the V-ray images for the exterior renders. In addition to RealSpace 3D’s personal experience with Octane, the images Otoy showcases on their website further display a weakness on exterior images.

Along with having some final image quality issues, Octane’s plugins for a variety of 3rd party software have not been well implemented. The time it takes for new versions of Octane to be successfully deployed on very common programs like Maya is almost laughable. As anyone who’s spent a little time using the Octane for Maya plugin would be able to tell you, there is a laundry list of bizarre settings required to simply make the renderer work along the same lines as their standalone product.

Despite having a few issues, Octane is raising the bar in many ways throughout the 3D rendering industry and they continue to be at the forefront of a GPU rendering revolution. Because of Octane’s speed, cost savings, ease of use and cutting edge technological advancements they are absolutely worth trying out.