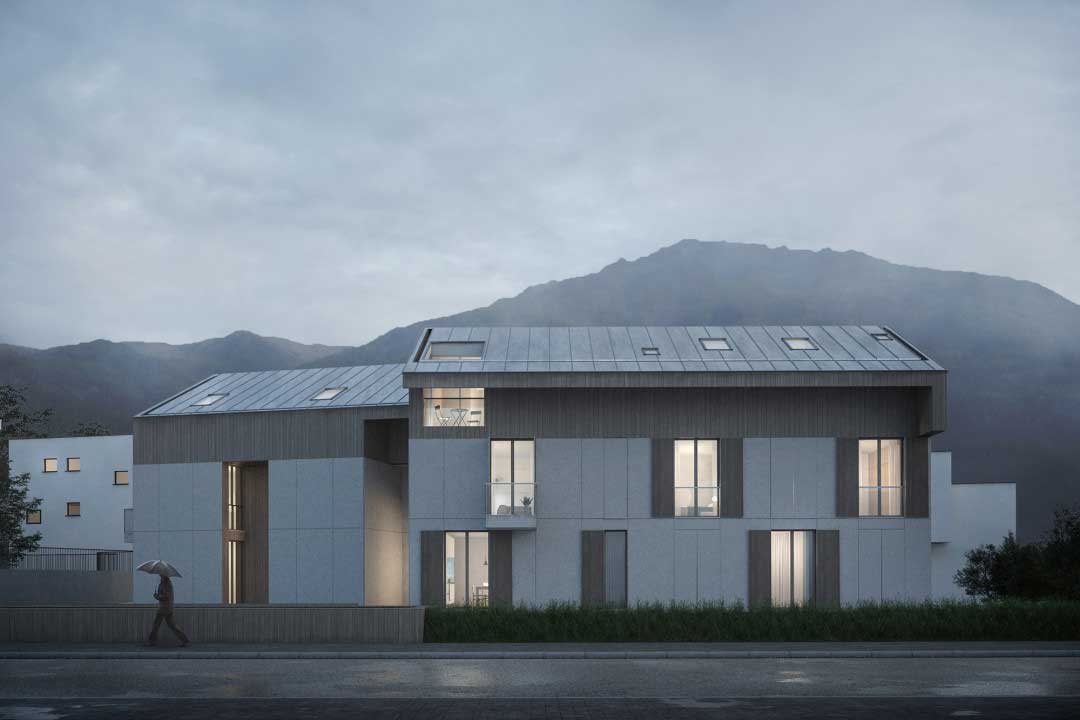 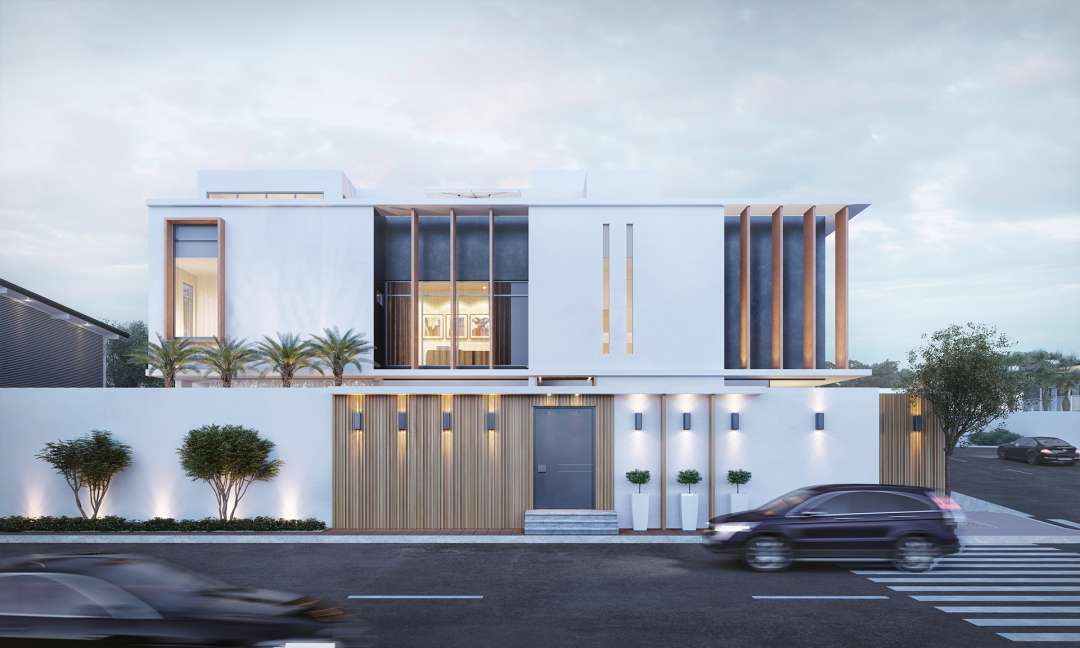 Rendering software has come a long way in the past 10 years. Technology coupled with an industry-wide demand for high-quality imaging has forced architects and designers to pump out life-like renderings of their work. Thankfully, now you won’t need a server farm and a Master’s degree in computer sciences to do it. It’s all there right at your fingertips - your Dorito-covered, sleep-deprived fingertips.

In fact, there are so many options when it comes to effective rendering plug ins and modeling software, it can become overwhelming and chaotic. The default for most is to use whatever was first put into your hands in school - your x-acto-cut, glue-crusted hands.

However, if you’re new to the game, or perhaps looking to expand your software knowledge repertoire, it’s good to know what’s good, what’s bad, and what will make the most of the tools you’re looking for. The following collection of rendering software doesn’t cover everything that’s available, but it does represent the most popular programs used by architects, artists, and designers.

VRay is the digital cream of the crop: the golden child that’s risen to the top of visualization software in the past 5 years. Developed by the Chaos Group, VRay is touted for its vast library of textures, and second-to-none realism. If you’re a designer looking to recreate the most accurate real-life conditions, colours, light and shadow, you’ll want to have VRay in your back pocket.

With insane flexibility and a robust variety of options, VRay can get complicated for beginners. The good news is there are plenty of online tutorials and lessons to get you on the fast track to producing picture perfect renderings of your conceptual work. Light and shadow - often referred to as an architect’s only real tools - are VRay’s bread and butter. One can only dream what Alvar Aalto would have dreamed with such visualization power.

VRay is compatible as a plug in with 3DSMax, Cinema 4D (see below), Google Sketch-up, Autodesk Revit, among others. Its versatility adds another level of intrigue for those who like to switch between modeling softwares.

Mental Ray is probably the one render engine on this list that earns the closest comparison to VRay. Opinions of the two vary widely depending on who you talk to, many of which are based solely on personal preference and brand loyalty. Mental Ray tends to be a bit more user friendly, while not quite reaching the quality and level of realism VRay is capable of. I say po-tay-to po-tah-to. Mental Ray is a great product that deserves its reputation as a top-tier renderer.

Mental Images (owned by popular graphics card maker NVIDIA) developed mental ray in 2007 in an attempt to produce a universal rendering engine that could be used by a wide range of designers and artists. It’s particularly useful for architects because of its versatility and ease of use. While there is a lot to learn here, it tends to be a bit more accessible to first time users. You’d be amazed at what Mental Ray is capable of in the right hands.

Many complain that Maxwell is slow. And it is. But if you have the time to wait for greatness, look no further. People who use Maxwell swear by it, and it’s easy to see why. Maxwell uses a unique lighting engine it calls ‘unbiased rendering,’ which uses real-life modeling techniques rather than tricks and shortcuts other renderers use. The trade-off for realistic lighting is the lengthy render times that can result from complex, high resolution images.

A helpful addition to the visualization software is Maxwell Fire: a lightning fast engine that allows you to see a grainy version of the render you are about to queue up. This low-res image accurately forecasts lighting, colour, and materiality without the wait. This is a great addition for architects and designers as it allows you to block out a presentation or deliverable without spending precious hours waiting for the slog of a print-quality render. The Slogging will still happen, but only when you’re physically and emotionally ready for it.

With a name like “Octane Render” blowing in your sail, you better be rippin’ waves and turning out a gnarly wake of fast, furious, real-world quality images. Nautical metaphor aside, Octane has a lot to offer designers and architects even though it isn’t one of the big, well-known names in the world of visualization.

Octane is the up and comer. The new guy with a chip on his shoulder and a feather in his cap. This is both good and bad. With something to prove, Octane offers a slick features under the hood that it uses in attempt to stand out against the mainstays like VRay and Mental Ray. Namely, Octane uses the power of your graphics card to do a lot of the rendering calculations. As long as you have the resources to dedicate to this, it’s a huge plus. If you have a high end graphics card this will dramatically reduce rendering times.

On the other hand, Octane doesn’t have the wealth of resources that many of the others on this list do. That will change, or course, with time. Just keep in mind you might spend a bit more time searching for tutorials, lessons, or other free internet type help. Also keep in mind Octane only works with NVIDIA cards, which should deter any ATI users out there.

Not just 3D modeling software. More than a mere renderer. Cinema 4D is the total package, giving users the power of having 3D modeling and presentation quality 3D rendering capabilities in the same tidy package. Build. Model. Texture. Animate. Render. Anything (almost) is possible with Cinema 4D, as long as you have the time to dig in deep. There is lots to do here, which is great but can suck the life out of your days and nights. Keep a Red Bull dispensing cowboy had handy and you’ll be just fine.

Also, If you’re one of the defiant architects who swears by ArchiCAD or Vectorworks, you’ll want to put Cinema 4D at the top of your list of add-ons. The programs work seamlessly together like the four alternative kids on the playground sword fighting with twigs while everyone else is playing four square. They’re different, but inseparable.

Despite a lack of mainstream name recognition, Modo might well be the piece of 3D software on this list best suited for architects. Like Cinema 4D, Modo is an all-in-one 3D modeler equipped with a powerful on-board rendering engine. Where Modo sets itself apart is the ability to model and render within the same app. No more switching between different halves of the same program, handling cumbersome imports/exports and screaming at your computer screen in fits of common sense rage. Modo leaves the middle man behind in favor of a program that goes back and forth on the fly.

Furthermore, while most of the renderers on this list have preview capabilities, Modo is actually the fastest of the bunch. Even with a limited amount of computing power, Modo allows you to preview scenes with realistic precision in a fraction of the time of others on this list. A huge plus for architects looking for a down and dirty program that works quickly, and works every time.

The one thing Modo is lacking is options. If you’re in favor of controlling everything (as many architects and designers are), Modo may not be for you. However, if you’re looking for a clean bit of software that can do everything under one roof without breaking the bank (retails at just under $1500), you can’t go wrong here.

While not necessarily the most critically acclaimed piece of software as it pertains to rendering, no one can argue the popularity of 3DS Max. While many have moved on to more realistic renderers such as VRay and Mental Ray, Max still comes with an on-board renderer that can be used in a pinch (or an economic downturn). Much like Modo and Cinema 4D, 3DS Max comes with an on-board renderer that works in conjunction with the 3D modeling software. The advantage to using 3DS is that it interfaces well with other Autodesk products such as AutoCAD and Revit.

If you are doing a lot of 3D modeling in Revit, 3DS Max’s renderer can become a valuable asset. Revit has a renderer as well, but it’s pretty limited in its flexibility and end-results. Max allows you to import your Revit models and manipulate textures in a way that is much more intuitive than doing it in the oftentimes clumsy Revit UI. For that, 3DS Max certainly has its merit.

Hope you enjoyed this list! Moving forward with a new piece of software can be a daunting task. Just remember that no matter the product you choose, hours of work will be required to get the most out of it. These are complex tools that must be learned before they can be mastered. Go in with that attitude and you really can’t go wrong.