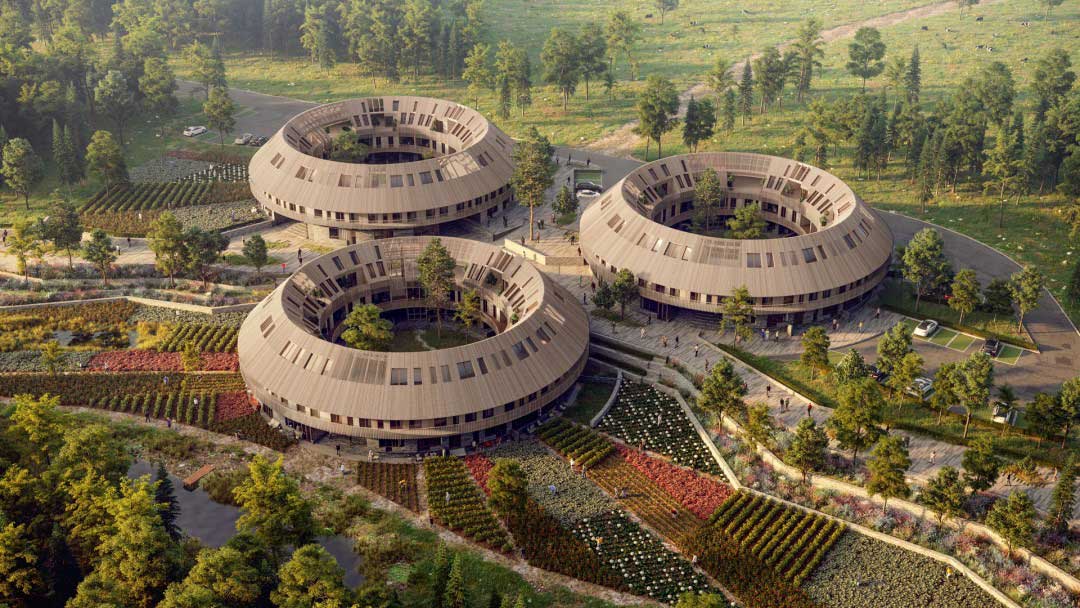 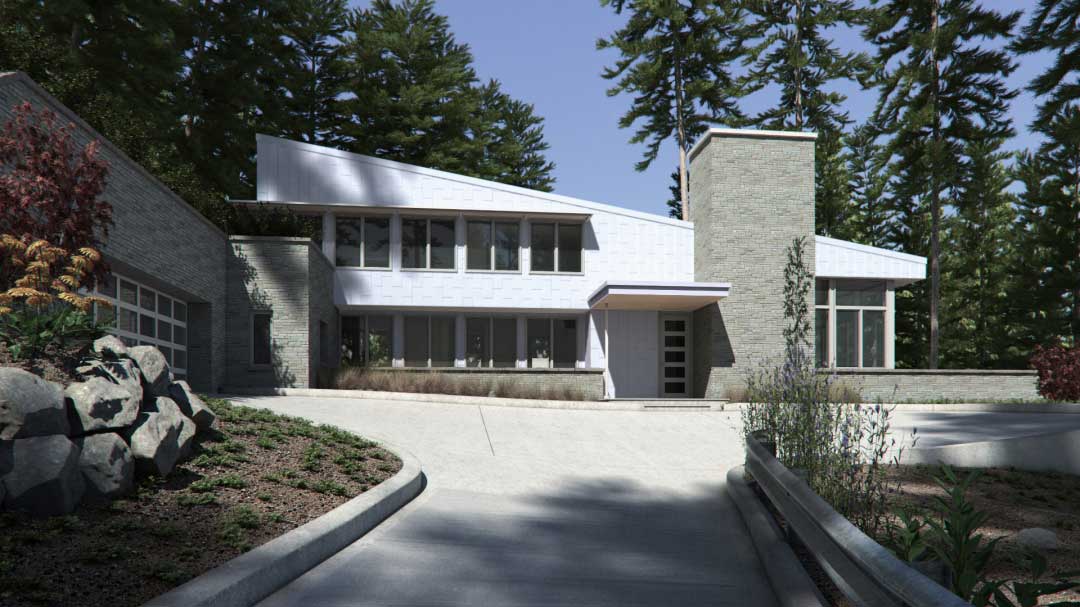 In microeconomics, the ‘law of supply and demand’ states that if there is a high demand for a certain product or service and the supply is low, the price will be high. It almost perfectly describes the relationship between the real estate marketing and the need or demand for architectural renderings to support its growth. Almost because though the demand for 3D visualization and rendering services are steadily growing, a reported 12% increase in the number of real estate companies that utilize 3D rendering techniques from 2006 to 2009 to sell their projects (the numbers could be higher today), the prices of such services remain relatively competitive. It is a kind of an anomaly really, but who’s complaining? It’s a win-win scenario for all parties involved.

I guess it’s safe to say that there’s been a 3d rendering boom in the real estate marketing today and it could only get better. Experts predict that as real estate marketing and visualization technologies continue to grow, the market for 3D rendering services will experience an annual growth of 26.7%, amounting to 9.8 billion dollars by 2018. That’s a huge number, a bold prediction even, but it’s not completely far-fetched. Why? Because of obvious reasons.

First of all, it is an immersive technology, meaning clients get to experience first-hand what it’s capable of and what it wants to accomplish. Through 3D rendering and animated walkthroughs, would-be buyers will be able to take a look and even experience how the project would look and feel like even before the construction project has started. Before 3D renderings, real estate marketing would have to make do or rely on hand-drawn presentations to sell the project. It’s a very ineffective way of doing business as not only does it give disparate or even unrealistic expectations between real estate developers and buyers, it also leaves a lot of room for miscommunication and misinformation. And because hand-drawn models are not interactive and immersive, the buyers wouldn’t feel as connected to the project as when it’s done with 3D visualization and walkthrough rendering.

Secondly, 3d renderings saves time and money. Why? Because it significantly reduces the amount of time to produce sketches and models without having to sacrifice the quality of the final output. In other words, it’s efficient, effective and exceptional. What more can you ask for? It is in this method that quality and quantity can co-exist—a rarity in any business venture. And because the technical aspect of the transaction has been taken care of through 3D visualization, the buyers and real estate developers can move forward and discuss business. You can’t accomplish that using the traditional method. Hand-drawn presentations are just, for lack of a better word, too unimaginative to accomplish such feat. 3D rendering expedites the whole process by many folds and you know what they say, “Time is gold.” And when there’s gold, there’s money.

Thirdly, it’s integrated and comprehensive. This means that the technology doesn’t purely provide visualization alone as the same digital components and models that you’ll be using in 3D walkthroughs can also be repurposed to test real-life scenarios and environments as well as in other construction related purposes like planning, management and documentation--it’s that versatile. Plus, it has tools powerful and serviceable enough to enable you to track the various stages of the project’s management life cycle so that you and your client would be guided accordingly. Architectural rendering is just a seamless, multifunctional and efficient way of doing business that’s why it has taken the real estate market by storm (forgive the pun). No other method or technique has made real estate marketing that much engaging and compelling until now, until 3D visualization and rendering came to be.

Fourth, architectural rendering isn’t only for a show. Sure, it’s designed to entice and convince the clients to get on board but such method isn’t purely cosmetic or superficial. The dimensions in the model are accurate down to the tiniest detail. Every nook and cranny, every corner and every angle is pretty much on the numbers. And because architectural rendering is equipped with 3D geometry capability, you can illustrate and even create any shape imaginable. And I mean anything; from a simple arc, curve, 2-D lines or a circle to the most complex organic free-form 3D surfaces and solids, you name it, it can do it and without having to compromise the accuracy of the final product.

Lastly, 3D rendering is the future of real estate marketing, period! It’s not just a flash in the pan type of thing that would fade quickly as it appeared. If you haven’t noticed yet, it’s been in the market for several years now and its demand has steadily increased year in and year out. The numbers don’t lie and as per the experts, not only is real estate market the direct beneficiary of 3D rendering but its complimentary industries will experience significant growth (if they haven’t already) because of it as well. Industries like Engineering and Architecture, Media and Entertainment, 3D Advertising and Security and Defence among other things. 3D Visualization and rendering technologies are here to stay, at least in the foreseeable future whether you’re ready for it or not.

The boom-and-bust cycle, however unpredictable and inconvenient, is a necessary process in a capitalist society. It varies in duration and severity and those that recover and even strengthened by this process are those entities that are well-founded and have realistic and palpable capabilities and potential. Yes, it’s pretty much common knowledge that the housing bubble in the United States burst some time in 2006 and triggered a recession that lasted for more or less 2 years (2007-2009).

But that is all in the past now and the real estate market has recovered albeit at a slower pace—which is the proper way to do it, slow and methodical. It’s more sustainable that way. Having said that, the 3D rendering boom in real estate is one of the manifestations of such recovery. It is the real deal because as what I’ve said earlier, its demand is well-founded. It offers a lot of features and capabilities that traditional real estate marketing tools cannot and will never achieve. And it’s just getting started. With 3D visualization and rendering technologies, the possibilities are endless.

Truly, the housing market crash has made real estate marketing that much more realistic and pragmatic as far as selling the project is concerned. No more smoke and mirrors, just truthful, honest to goodness presentation of the product—including its limitations and drawbacks. The only way to do a factual, easy to understand yet engaging presentation is through 3D rendering. Rightfully so, as a business that is founded in sound ethical decision making will last and even flourish regardless of the economic climate.

The boom of 3D rendering in real estate marketing is not something to be worried about as it is well-founded and expertly vetted. It isn’t a boom and bust scenario if you ask me. It’s more like the ebb and flow of economy. I suggest we should ride this wave, this boom if you will, because unlike any other marketing method out there, the capabilities and potential of 3D rendering are buoyant enough to keep any business transaction afloat even on the economy’s choppiest sea.

3D Artists Might be the Key to Restoring Notre Dame
Influences of technology on architecture and design
What is the Brutalist Architectural Style, and Does it Have a Place in the 21st Century?
12 Best Architecture Museums Around the World
Live Home 3D – An App That Helps Novices Work on 3D Interior Design
The Best Materials You can Use in V-Ray
Where to Find The Best Architectural Rendering Services
Things 3D Artists Should Keep in Mind When Making 3D Tours
Architectural Visualization Studio
What Does It Take to Become a Successful 3D Artist
10 Things an Architecture Intern Should Expect from the Experience
Architectural rendering styles & techniques
How VR and AR Will Change The Way We Design
Best Cities to Live In as an Architect
Adobe Introduces New Materials to Improve its Architectural Visualization Capabilities
Light Manipulation in Architecture and Interior Design
© 2014-2020 Easy Render GmbH
Contact
Terms
Privacy
Cookies