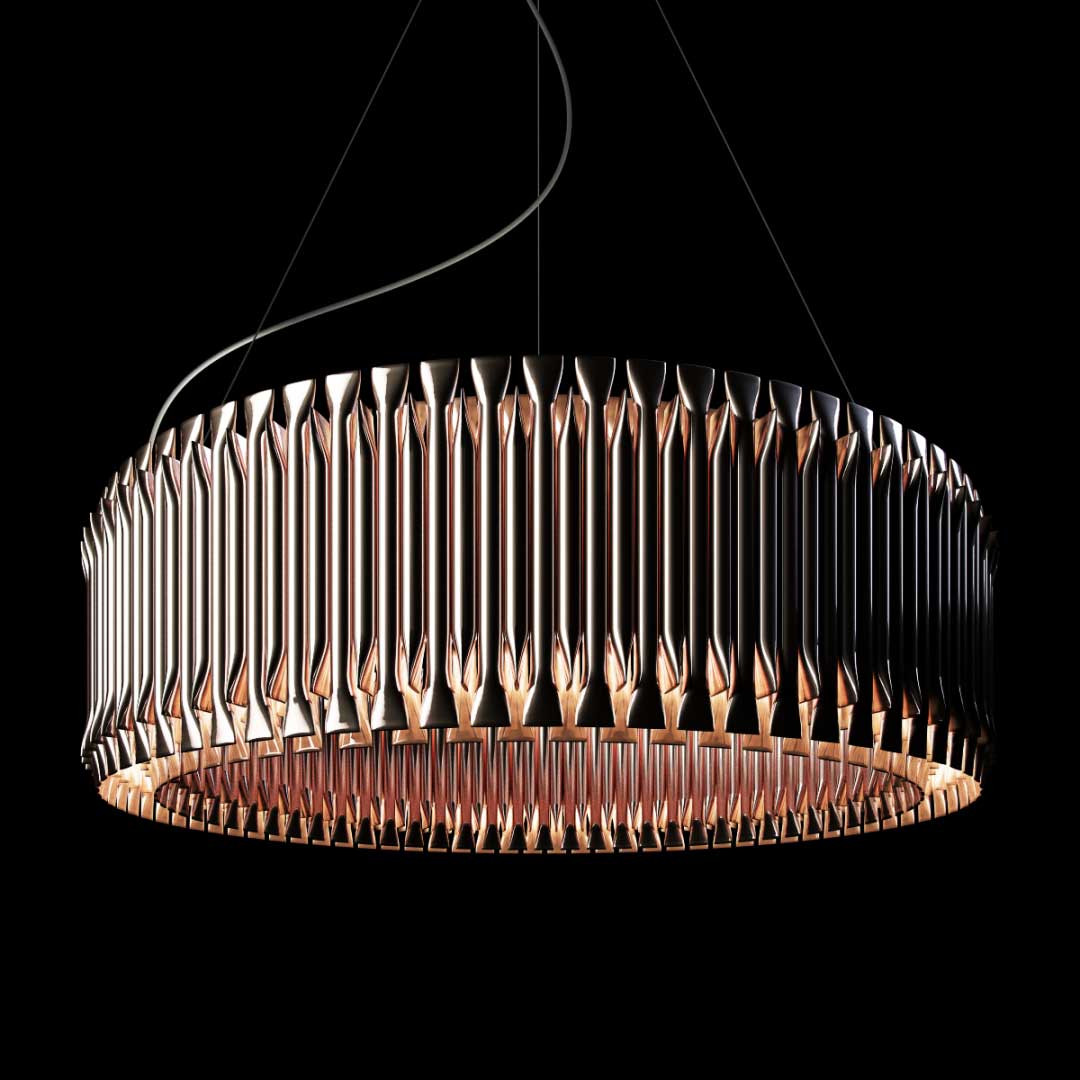 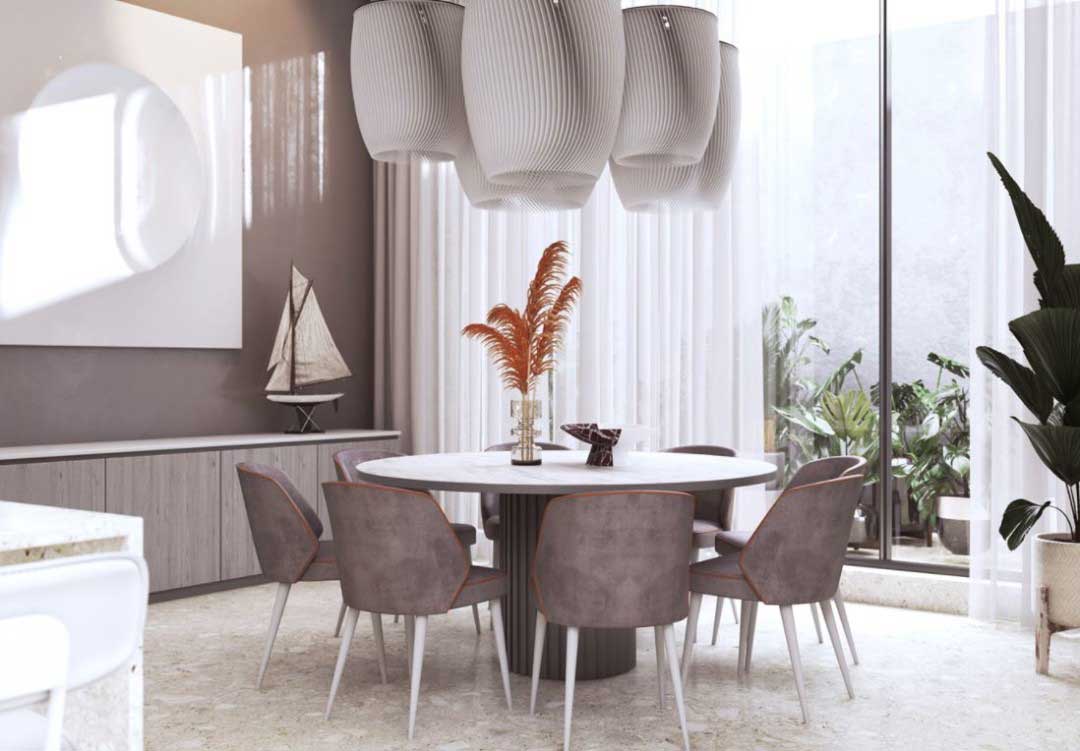 The exciting world of architecture has been around for as long as we have. As long as we’ve lived as a civilization, we’ve tried to reshape the world around us to fit our needs better. Whenever people wanted to build things, the architects of ancient times would prototype.

Drawings and schematics have always been a part of the process, be they lines in the sand or carved into wood or stone. Still, when architects started to get more serious and elaborate with their projects, they began creating dioramas and scale models to showcase all the features of their buildings.

It is, was, and forever will be a tedious process if done manually. Sculpting a building out of clay or making it from tiny bits of wood, covering all the fine details, or even creating scale models of entire cities takes a lot of know-how, time, and effort.

However, with the advent of 3D printing technology, creating scale models of cities has been simplified – it now involves 3D modeling them and letting your printer handle the rest. After you’ve printed anything, all that’s left is to give it a final coat of polish and paint your miniatures – before you know it, your project has materialized in the real world.

Now, 3D printing technology wouldn’t be possible without 3D rendering, so let’s have a little chat about them. Below, we will go over these technologies in some detail and explore how they are connected.

They are both innovative technologies!

The first thing that comes to mind when you think about 3D rendering and 3D printing is that both are, quite frankly, remarkable technologies that people of yesteryear couldn’t even dream about. Well, both of them have been around for quite a while, but for commercial use, more specifically architecture, they’re relative newcomers.

As the world of technology itself progresses and advances, so too do these two, strengthening the bond between Architecture, 3D printing, and 3D rendering.

3D rendering officially emerged in 1972, when Edwin Catmull and Frederic Parke invented it. The technology was very simplistic, inaccessible, and beyond expensive when it first came out. Over the years, though, 3D rendering technology has slowly advanced.

As computing power grew and computers started to find their way into the everyman’s home, 3D rendering has become more accessible. It led to the rise of computer 3D modeling, and these days, everyone with a halfway decent PC can dabble in 3D rendering.

On the other hand, 3D printing was invented by Charles W. Hull in the mid-eighties. It was almost exclusive to the scientific and manufacturing world up until recently. At the beginning of the two-thousands, commercial 3D printers became more readily available, and these days you can get a brand new entry-level 3D printer for as little as a couple of hundred dollars.

While both technologies have technically been around for a while, they’ve reached their zenith right now, with more advancements and mass adoption by industries such as architecture.

Perhaps one of the best things that come out of the 3D rendering and 3D printing combo is the sheer attention to detail. With the blend of these two technologies and with proper execution, you can procure precise design presentations in next to no time.

Now, mastering 3D modeling and 3D rendering is going to take some time. Because the two are evolving continually, you’ll have to keep up with the times and evolve alongside the tech. However, as time passes, the software gets more elaborate and easier to use at the same time.

It’s more accessible, and in turn, more and more people are opting to give 3D modeling and 3D rendering a shot. With the CAD software that runs modern graphic design, creating a stunning 3D render can be done in record time and with ease by anyone who is persistent.

Now, that’s not to say that 3D modeling or rendering is an easy task, far from it – but it’s far less complex than it used to be.

On the flip side, 3D printing itself is relatively easy to master. You can use only a few settings, metrics, and materials, and mastering it doesn’t take much time if you’re working with ABS or PLA. When you go into more elaborate 3D printing, the complexity comes in, but plastics work just fine for architectural purposes.

If you create a stunning 3D render and set your 3D printer to the correct parameters, you’ll get an outstanding print that will require minimal manual adjustment. You’ll always have to break the supports, sand it down, and paint it – but a machine creates the actual model, so no hand sculpting is necessary.

Furthermore, if your model is a little rough around the edges, fixing that is easy. You can either sand it down to fit your specific needs or adjust your 3D printer to print out a more precise version of your vision.

Perhaps the most attractive thing about the blend of 3D rendering and 3D printing is that both provide elements that you can use time and time again. Once you create something and render it as an asset, you can use the said asset as many times as you like.

It’s vital if you’re working in the field of architecture, as there is quite a lot of overlap between projects. A window here, a wall frame there – and your job becomes much easier. It’s effortless, really – once you have something, you can keep reusing it indefinitely.

The only thing is that you’ll need to spice things up from time to time because if all your designs look the same or share the same assets, they lose value.

Both save lots of time and effort

Through 3D rendering and 3D printing, you can significantly speed up anything you’re doing in the graphic design world. Whether you’re making the next monster for an upcoming hack-n-slash videogame or you’re creating the world's most ambitious cathedral, you’ll want to do it as swiftly as possible without sacrificing quality – which is where CAD software comes into play.

Through CAD software, the 3D design itself becomes a far faster prospect than ever, so the process of creating and rendering a 3D model is both quick and efficient.

When it comes to creating a miniature scale replica of your design for showcasing or other purposes, 3D printing is the go-to solution. While 3D printing might take more time than you initially thought, it’s still a quick way to bring something from 3D render into the real world.

3D printers are going to vary wildly. An entry-level printer will be relatively sluggish and incapable of producing the fine details you like, but if you invest in a high-end option, you’ll get both quality and speed.

Another important thing you must note when 3D printing is the final touches, which usually must be applied by hand. That accounts for all the trimming, sanding, polishing, painting, and assembly that comes after printing the assets.

In essence, this is not a short process. It will take some time to get accustomed to 3D rendering and 3D printing, and the rendering and printing processes themselves will take up at least a couple of days.

However, suppose you compare this methodology to, say, sculpting or creating a diorama from scratch. In that case, you’ll find that the combination of 3D printing and 3D rendering yields the best quality scale model at a very fast rate.

They can replicate materials

When you’re creating something, especially in the field of architecture, you’d probably want to make it as realistic as possible. Certain walls have certain textures, the proportions of practically everything matter, and materials that will ultimately make it to the construction site will first need to be determined and conceptualized by the architect.

This job becomes much easier once the architect has access to 3D rendering and 3D printing solutions. Through 3D rendering, an architect can mirror any existing element or material and use it as a building block for their model.

It’s very useful, especially if you’re looking to replicate something that actually exists in the real world or mimic the materials and construct these designs in an innovative way.

Today, 3D scanners are almost as common as 3D printers, meaning you can scan all sorts of real-life materials and bring them into the digital world via stunning 3D scans that come in the form of 3D renders.

After you’ve scanned something, all it takes is a coat of polish before you can churn it out through your 3D printer or use it to construct works of art.

When it comes to architecture studios and firms, not everyone there is an architect. A good customer experience is a big part of running a successful business, and it all comes down to effective communication and managing expectations.

Your average Joe isn’t going to know a lot about schematics, blueprints, and drawings. They can, however, understand visuals and connect with models, both of which can be produced through 3D rendering and 3D printing.

Humans are highly visual creatures, and when they can see a building or interior, even if it’s scaled-down, they can get a feel of the space, the different angles and shapes, and all the little details.

Better control over the project

If you’re a chief architect, congratulations, you’ve made it in a highly competitive industry, but that means that you’ll likely have to do a lot more work. Sure, the money may be great, but the added responsibilities can be a little bit much, especially if you’re managing large teams or large projects.

If you’re heading a project, you’ll have to place your focus on the assets and the overall design itself. You’ll want to ensure that everything is up to standard and flowing as it should – and the best way to do that is through utilizing 3D rendering and 3D printing.

The combination of the two will let you stay on top of your project and always know what everyone is up to, allowing for a far higher degree of control over the entire project and making the management as easy as possible.

Now, as every artist will tell you, an artist's job is never really finished. There will always be some bits and bobs to attend to, and you’ll have to iron out all the kinks before your final design is ready. Making even the smallest adjustments on your schematic or blueprint can be a nightmarish task when working with traditional architecture.

When you’re working with 3D rendering and 3D printing, making last-minute improvements or adjustments is a walk in the park.

Architecture is so much more than an industry. It’s an artistic environment in which ideas and technology thrive and blend together to create new elements, entities and evolve themselves. With the combination of 3D printing and 3D rendering, both of which were not invented with architecture in mind, architects can completely reinvent their craft and do a far better job at a far faster rate, with an increased amount of affordability.