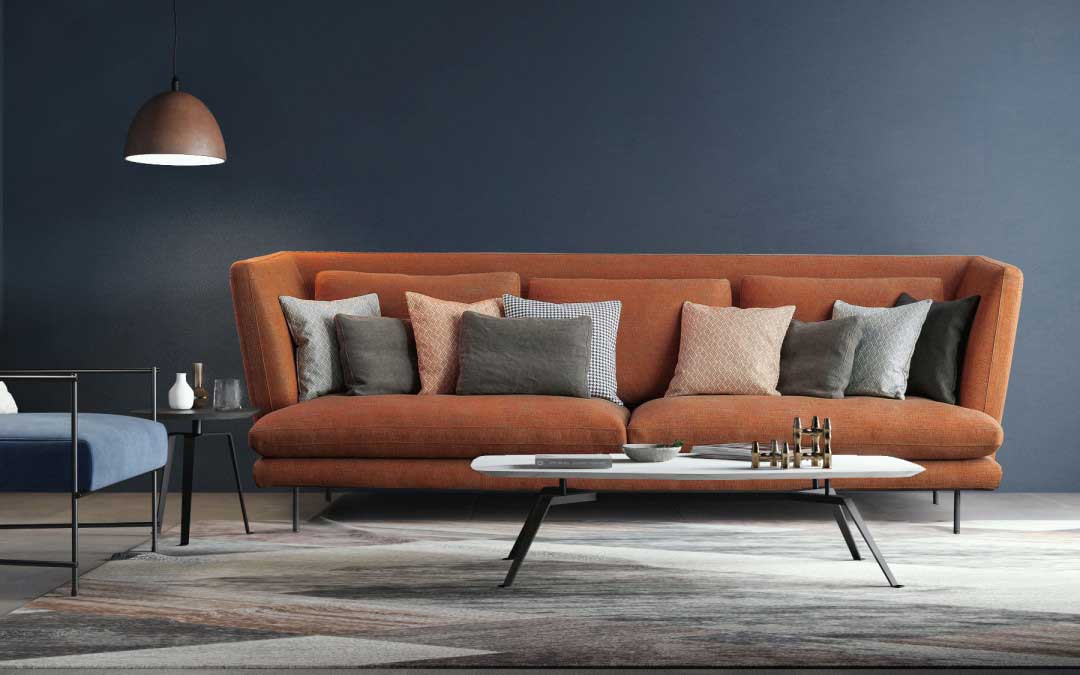 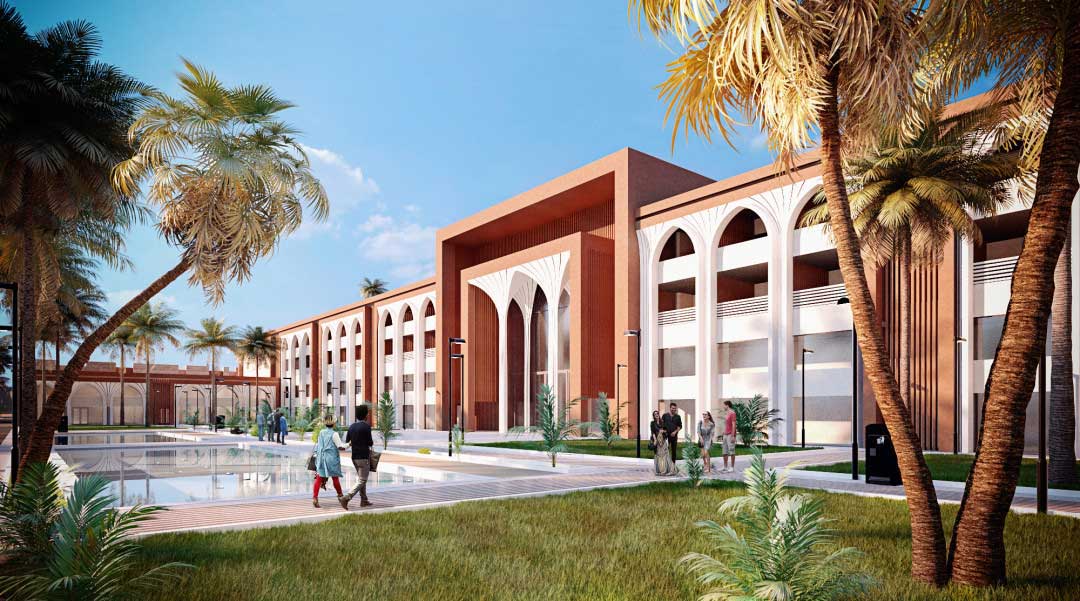 3D Rendering and Futurism: How and Why Are They Essential to Each Other

‍Futurism helped shape the way people view futuristic structures all over the world. However, many don’t know that futurism hasn’t been around for that long. The futurist movement is a product of the 20th century, as it emerged at its beginning.

While the movement brought new ideas and concepts to the table, its most significant impact was changing many areas in design, visual arts, and literature. Today, futurism is present in everything we do, and the concept has become one of the indispensable elements of modern architecture with examples around the world.

For this occasion, we’re going to delve deeper into the concept of futurism, what it is, how it benefits from the most advanced 3D rendering, and more. Futurism is allowed to evolve thanks to modern science and technology, which will bring many inspirational futuristic architecture examples. So, let’s see how and why 3D rendering and futurism are essential to each other.

What is futurism in architecture?

In the 1900s, it was an Italian poet Filippo Tommaso Marinetti who first used the term futurism for the then-emerging new movement in literature, sculpture, and painting fields in Italy. This new movement embraced a larger view that simultaneously expressed impressions of the future, present, and past.

Futurism quickly moved from being just a form of philosophy to the entire, well-organized protest art movement aimed at scrutinizing everything about the future of technological, ecological, psychological, and sociological sense. It quickly grew from a movement to a fully-fledged discipline.

This newly established discipline’s main goal was to create an innovative and more sustainable future for humanity. The movement became increasingly visible in design and architecture, especially in the parts of the world where modern societies concretized the power of technology.

Why is it popular?

The early 20th century brought the rise of futuristic architecture. Futurist architecture is all about building more dynamic structures. One of its most important properties is the movement and flow in the design. Before futurism, designs had neither rectangular nor square forms or lean lines.

The futurist movement changed that by including domes, triangles, sharp edges, oval lines, and unique angles in the modern structures. This new approach is more leaned on taking structural elements from the environment with the primary goal to emphasize an impression sustaining the continuity of modern buildings with its dynamic forms.

Futurism is, essentially, all about adopting new technological developments, or rather their aesthetics. This is why we can see the results of this fantastic movement all around us in the form of mechanical elements, metal components, glass elevators, and so on.

Some of the most attractive examples of futurism in architecture include:

The new millennium of the digital revolution contributed to the spreading of futurism in architecture, design, and beyond. Mechanization turned into digitization. Thanks to that huge transformation, we’re able to reap the many benefits of the digital age.

Computer simulations and modeling became a vital part of the modern design and architecture process. This is how the parametric design was brought to life. It was one of the first forms of design to employ algorithms inspired by nature.

Thanks to the most recent computer design and 3D rendering software developments, the parametric design has skyrocketed. It helped architects, designers, and programmers to customize and facilitate the design process.

However, the biggest reason why futurism is so prevalent in modern design, and architecture alike, is an increased level of sustainability and eco-friendliness.

The second half of the 20th century was when researchers, scientists, and other scholars started noticing the increasingly negative impact of all the human activities regarding technological development on the surrounding habitat and environment.

Fortunately, the 21st century took this awareness to a whole new level and translated it into real actions. Today, both sustainability and eco-friendliness are necessary, which is why more and more structures embrace a futuristic concept of green walls, roof gardens, green roofs, vertical forests, and incorporating greenery into the built structures.

Are there situations where it isn’t an appropriate approach?

Futurism is not an appropriate approach in situations where there’s no need for disruption, speed, modernity, and invention. Not all design and architectural projects require such an approach. Modern futurism is all about building certain scenarios with the main focus on technology.

It’s more about pushing things forward than honoring tradition and culture, even nature and space. However, while moving forward is a good thing, it’s not a good solution for every situation. Progress at all costs is a sure path to making great mistakes and irreversible errors.

In a way, futurism could be controversial to its aspirations to make the world greener by insisting on moving forward with technology. Futurism isn’t always closely related to eco-friendly concepts as technologists are always more interested in innovation than learning from the past.

This is one reason why big tech companies are contributing to the current problems with climate change and crisis. While it’s true that the world will have to rely on innovation to solve its present, most burning problems, the ways of the old still can provide the much-needed answers.

The key to solving the biggest problems that plague modern society is to combine efforts to put innovation and tradition together to create something new and useful.

Why is 3D rendering even more essential here?

Designing and constructing a single structure requires a healthy dose of planning, and it involves a multitude of businesses and individuals. Clients, contractors, designers, planners, engineers, and architects are all required to work together.

Each of these individuals has their area of expertise, objective, and perspective. Trying to make them all speak the same language can turn out to be quite a challenge, even for those with the utmost communicational skills.

The best way to ensure they’re all on the same page is to use the most advanced tools that improve communication, and 3D renderings excel at making it so. They help present the most complex and cohesive ideas in the simplest, easy to understand, and timely manner.

By expressing the visual, the most dominant sense humans have, 3D renderings help all these professionals derive meaning from the data presented in front of them. However, it’s the ability to manipulate 3D renderings in real-time makes it the most essential here.

This is how architects communicate their ideas by allowing them to transition back and forth from concept to concrete. All involved can benefit from this type of communication. They can see what architects have in mind instead of listening to their ideas and trying to visualize those ideas themselves.

Thanks to 3D rendering, both architects and clients can see how the design of a structure looks in real-time as if they were standing in front of it. This is how they can identify any potential mistakes early on, saving time, money, and materials in the process.

3D rendering makes both design and architecture more accessible and more efficient. The more it advances, the more it will be essential for the design stage. It is now an integral tool from the very beginning of every construction project, providing the most effective way to introduce changes immediately apparent to clients and the design team.

From the client’s perspective, 3D rendering is the most effective way to communicate. Architects use 3D renderings to make the client’s idea a reality and show them how their ideas will look when built.

Since communicating the main ideas and fundamental forces behind them isn’t easy at all, it can turn out to be quite a time-consuming process. Fortunately, both clients and architects can use 3D renderings to find a mutual understanding and get on the same page.

Architects and architectural firms use 3D rendering for more than just communicating ideas. They use them, as well as visualizations, for marketing purposes to generate buy-ins. However, just like with clients, architects mostly rely on 3D rendering to feed the necessary information to people involved in projects that don’t really have any experience with design or architecture.

3D renderings, along with floor plans and diagrams, help to build trust between architects and everyone else involved. They give architects the ability to design buildings and, more importantly, create entire experiences that will showcase the most critical aspects of their work.

This can do miracles for getting the clients on the same page. This is how architects manage to blow their clients away and persuade them that what they’re offering is the best solution for their requirements.

It’s safe to say that 3D rendering acts as the bridge for building trust between clients and architects, as things become so much easier when you have your clients’ trust. This makes executing an architectural design much less demanding and results in a finished design reflecting the initial idea.

In order to efficiently deliver the best ideas to the clients, both designers and architects move from medium to medium to do their work from scratch. Getting from simple sketches to photorealistic 3D rendering is a lengthy process, but the time it takes to do it can be significantly reduced by using computer-generated 3D renderings.

Instead of presenting their clients with hand-drawn sketches and drawings, 3D rendering allows architects to provide photorealistic 3D architectural renderings to their clients and help them visualize and feel how it would be like to live in the presented structure.

Thanks to the 3D rendering and modeling software, architects can create the most outstanding and photorealistic presentations to convince their clients their ideas are right for them. These animations and renderings are so close to reality that clients get an impression as if they’re there in real-time.

Through high definition and quality 3D architectural renderings and visualizations, architects allow their clients to fully immerse themselves and appreciate the splendor and grandeur of their future buildings, structures, establishments, and homes.

Examples of 3D artists that are known for futuristic approaches

The most known futurist artists throughout history include Ardengo Soffici, Vladimir Mayakovsky, David Burliuk, Umberto Boccioni, and Giacomo Balla. However, the biggest effort to create a sustainable vision of futuristic architecture was by Antonio Sant’Elia, the young Italian architect mostly known for being the co-creator of the “Manifesto of Futuristic Architecture.”

The world-famous architect, James Law, is also a worthy mention. His Cybertecture Egg is the very peak of futurism in architecture. One of the most attractive design properties of the structure is water recycling systems, smart glass facade, PV solar panel farms, and sky gardens.

Futurism is heading for brighter times, especially with 3D artists such as Blake Kathryn. Her 3D dreamscapes transport viewers to another dimension of an alternate reality with neon lights, glossy androids, and rich color pallets.

Even the famous Frank Gehry, known for the iconic Walt Disney Concert Hall, couldn’t resist tossing in some futurism elements to his architectural and parametric design mastery.

With the ever-increasing possibilities for real-time rendering growing vast, futurism is heading toward a bright future. Technology is evolving every day, creating more and more opportunities for creative minds to produce the most amazing work of art.

Both 3D rendering and futurism will continue to evolve together with the rest of the world, taking the architecture industry to unprecedented heights. Futurism may hold the key to solving the most critical problems of modern society. However, we can’t allow ourselves to get lost in this pursuit of innovation and technological advancement.