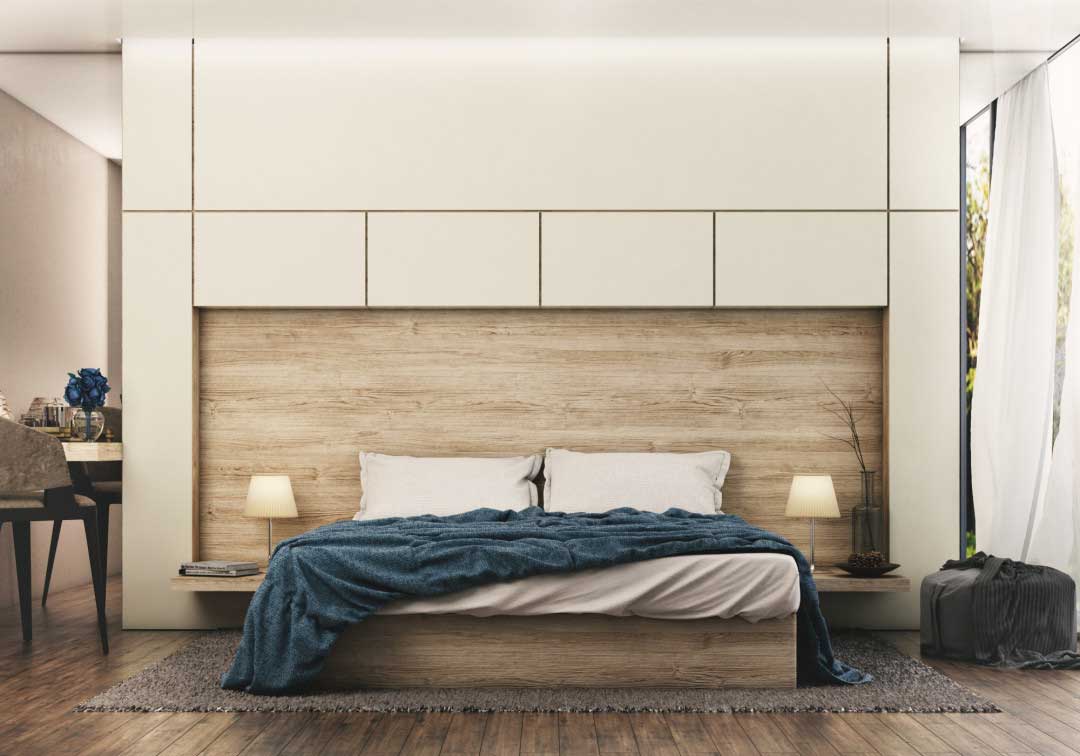 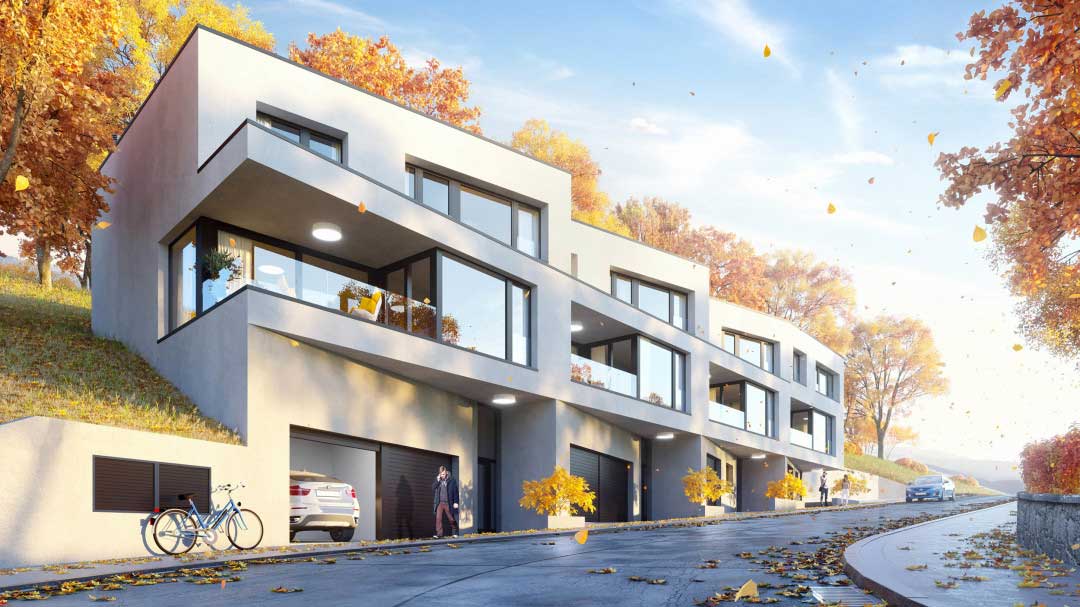 Architecture is a service industry that brings together clients and 3D designers in architectural rendering. A client who wants to start a particular building, house, mall, bridge, etc., hires a 3D graphic designer for the project.

The graphic designer creates a 3D model using different techniques and styles, from sketches, illustrations, hyper realistic images, and collages to 3D models. Why using such different styles is essential for an architectural project is somewhat self-explanatory.

No construction business will start without a thorough and detailed plan where all details, lighting, textures, and materials are transparent. In the first lines, 3D models serve as a medium that can be altered to avoid making mistakes in the construction process.

Other than that, 3D models serve as visual representations of ideas put into practice where everything can be minutely calculated. Probably the most beneficial trait of 3D models is that they bring all architectural ideas to life.

As human beings, we always like to visualize things, and 3D rendering makes it possible. Without much further ado, let’s dig deeper into the world of architecture, 3D rendering, different architectural rendering styles, and how they play a significant role in architecture.

What is 3D rendering?

3D rendering is all about communicating and transmitting ideas to the viewer through a digital medium. 3D rendering isn’t possible without 3D rendering software, which all graphic designers use to visualize projects of various kinds and transfer ideas to lifelike representations.

Creating a unique and transparent 3D rendering model takes a lot of time, skills, and effort. A graphic designer has to combine colours, materials, textures, lighting, and details to make the 3D rendering look realistic and different from the competitors’ models.

Though sometimes overwhelming at times, 3D rendering is satisfactory in the end, and professional graphic designers give their best to create models you can interact with for the best viewer’s experience. For an approachable example, consider designing a house with a backyard.

A 3D rendering model of such a house must have all the details included, such as the materials used for the construction of the house, as well nature and living things around it. These details include flowers, clouds, trees, shades from the sun, a dog, people, etc.

A graphic designer needs to pay attention to all these details to make a 3D rendering model more approachable. Not only are clients interested in seeing the project before the construction process, but they want to be involved in the modelling process and share their ideas with the 3D designer.

Excellent and trustworthy client relationships play a significant role in the whole rendering process. Just as the client is involved in creating the model, the designer should be present during the construction process.

Therefore, 3D rendering includes everything from sketches, illustrations, hyper realistic images, collages, 3D models, construction process to the end project. It’s a lengthy but convenient process in architecture as a whole, and more and more people turn to this thriving industry daily.

How does it fit within the architecture industry?

Sketches, collages, and illustrations are a must-do before even thinking about starting the actual visualization of a 3D model. The final product isn’t possible if artists can’t conceptualize the 3D rendering model without a sketch.

Reference images, hyper realistic images, and plans play a significant role in creating every lifelike 3D rendering model. In turn, the architectural industry can’t work without 3D renders, just like renders are implausible without the starting points mentioned above.

Each graphic designer has to gather all essential data and information and place it on a piece of paper in a sketch first. The sketch helps the designer understand all the requirements for the completion of the architectural 3D rendering model.

The sketch is like the primary layer for modelling, after which hyper realistic images and illustrations come into practice. When the designer finishes the sketch and sets the focal point right, the 3D rendering phase can start.

Highlighting all the features and paying close attention to details is what makes a 3D model transparent. The catch for details is not to make everything perfect and aligned to a T. Believe it or not; it’s quite the contrary.

After the completion of the 3D rendering model, the construction process can start. If you’re still wondering why and how all the different rendering styles fit into the architectural industry, just imagine building a house without a plan or a model. It would be impossible.

Why are hyper-realistic rendering styles most popular?

Hyper-realistic rendering, as the name suggests, is more than realistic. What does this mean? It simply means that all materials will look lifelike in this hyper-realistic imagery, and details will never seem odd to the naked eye.

The lighting of both the interior and the exterior will seem real rather than artificial, and there won’t be any discrepancies between what we see in real life and that hyper-realistic image. Hyper-realistic rendering is the most popular architectural rendering style because of that power.

As human beings, we always like to see real things and always long for better cameras, video graphics, and more advanced animations. After all, our eyes are organs we get the most important sensations from, and they give us the power of sight.

Alongside the advancement of our technology, architectural visualizations became more advanced over the years too. Experienced designers usually use different rendering styles to create realistic renderings like paintings, photographs, and movies.

Besides, architects use different tools to create renderings which have also evolved in the past decade. Because the industry is growing, the marketing strategy changed too. Now, most well-established companies turn to 3D visualization to create models of their projects.

Artists can use numerous different styles in the process of the creation of such models. We’ve chosen the five most prominent ones which differ significantly in their essence. Let’s see what makes 3D models different from illustrations or collages different from sketches.

3D models are best for creating visualizations where materials match the physical material used for their actual creation. They usually represent a 3D model of a house or a building where wood or concrete look like their real-life counterparts. A 3D rendering software is a must for 3D models.

Diagrams and architectural schemes are often used in architectural rendering, but most 3D designers often turn to illustrations when they create renderings of outdoor environments. Here, there’s no intention to accomplish a realistic representation as with hyper-realistic images.

Illustrations represent non-obvious representations of environments and serve as alternatives for more realistic ones. That doesn’t mean that they lack imaginative quality, though. Quite the contrary, illustrations serve as stepping stones for what’s to come in creating a 3D model.

As rendering software went through constant improvements, creating rendering images that are incredibly close to accrual photographs became possible. Hyperrealism is increasingly appealing to architects and clients because the naked eye always enjoys seeing something that looks natural.

Setting the parameters right when creating hyperrealist images is the key to this style in architectural rendering. If the texture, the lighting, the reflectivity of objects, and the opacity are set perfectly, an image will look realistic, hyper realistic to be exact.

Sketches can be either digital or hand-made. Whichever the case, sketches always represent rough drawings and directly communicate the idea to the viewer concisely. For this reason, sketches are usually created during the construction process and before the execution of the project.

3D designers make sketches using an old-fashioned pen and paper, but the architectural rendering software for different styles comes into play when digital.

Whenever an architectural rendering looks lifelike and natural, it means it went through a post-production process. Some viewers can’t notice that the designer created these images with rendering software because they look like all other photographs created in real life.

Why can all of them be used in architecture?

Architectural rendering solely depends on using different techniques and styles where the 3D designers adjust the lighting, the colour, framing, angles, and overall composition. Each architectural visualization goes through stages of creation.

It’s impossible to create a 3D model or a hyper realistic image without illustrating or sketching it first. Therefore, sketches and illustrations are equally important in creating 3D models as hyperrealism and collages are.

Architecture is all about presenting visual content where the viewer can transparently see the end-project. Without architectural renderings, seeing a project model wouldn’t be possible, which is why all of the rendering styles mentioned above are used in architecture.

Many clients are keen on seeing the most realistic visualization of a project before the construction process starts. They are eager to see what it looks like, and modifications are easily carried out in the creation process.

Architectural visualizations save both time and money because correcting a mistake during the construction process or after its completion takes more effort and costs more. Imagine realizing that a building blocks an important landmark after a construction company has built it - hazardous, right?

3D rendering is one of the most popular means of creating digital content nowadays. As technology is advancing fast, 3D visualization is keeping up the pace. Artists are constantly investing in their skills, and new ideas and practices make the niche of 3D rendering grow fast.

Not only does 3D rendering save time and money, but the correction of mistakes before the construction process is possible with artists and clients collaborating. Clients find it desirable, and designers find it pleasing to make models perfectly.

We can expect this industry to grow even more in the future, as 3D visualizations play a crucial role in architecture and other industries. Many medical institutions, town planners, and other businesses turn to 3D rendering professionals for modelling and visualizing their projects.

As you could have seen, architecture can’t work without 3D rendering. Both industry niches are making their way to the top because the technological advancements created new means for visualizing all projects.

Each 3D rendering professional must use different architectural 3D rendering styles such as sketches, illustrations, 3D models, collages, and hyper-realistic images as stepping stones to the final project. Each of these styles is equally important and makes architectural rendering possible.

When clients from the business of architecture choose their 3D designers, it’s essential to choose skilled and highly reputable ones. If the 3D designer is a professional, the client relationship will be solid and trustworthy, the project will be impeccable, and the construction process shorter.