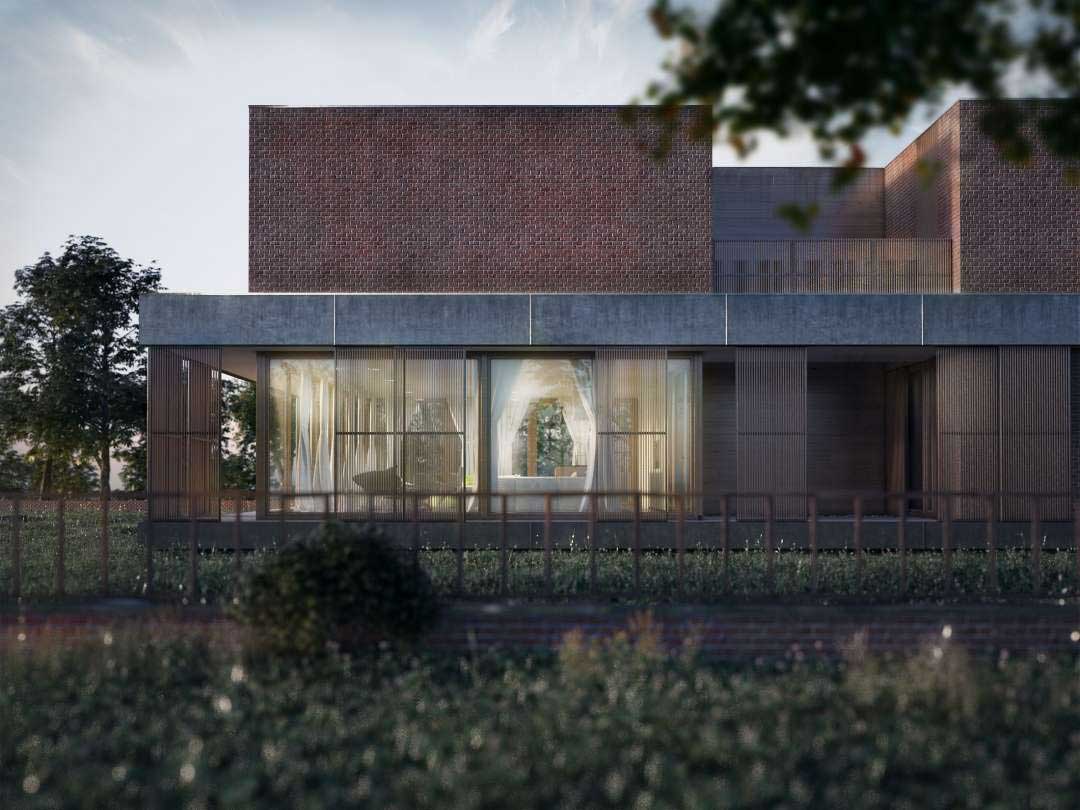 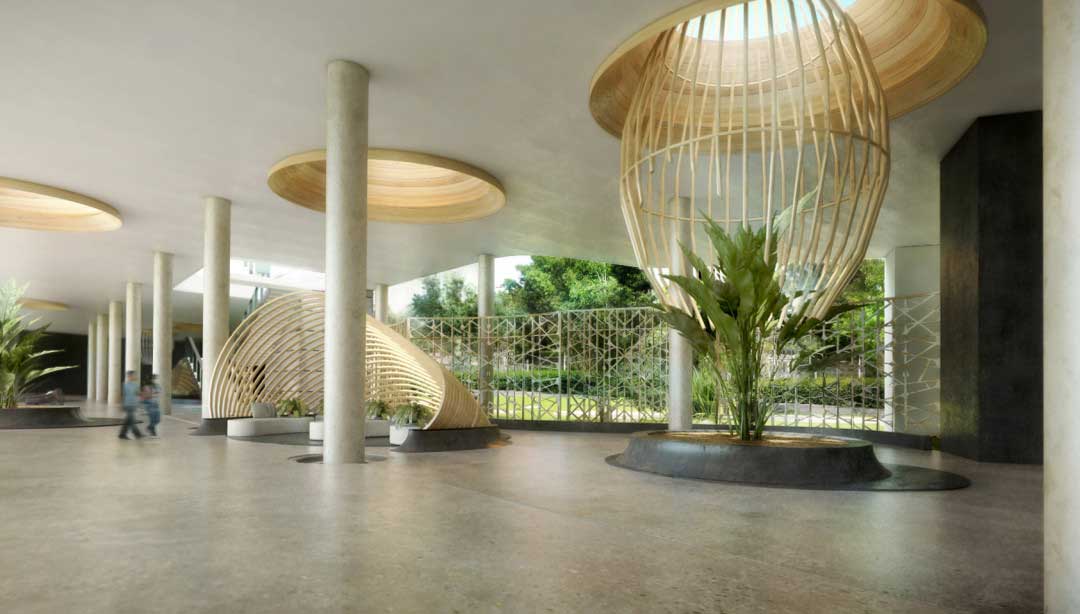 3D Rendering is one of the staples of 3D art. 3D visualization is used for everything from video game design and mapping space to creating the very buildings we live in. 3D rendering is the process of converting 3D models into fully modifiable 2D images, usually via designated rendering software – although alternative software is used for certain applications, based on the type of 3D render.

3D renders can be photorealistic or non-photorealistic, depending on their application and purpose. What ties all 3D renders together is how they're created. An artist creates a model in 3D, creates custom lighting, shading, and provides the desired angles – and then renders the model into a two-dimensional image.

This practice has numerous applications in many industries. In this article, we'll outline ten sectors that can benefit most from the use of 3D rendering in their day to day business operations and explain how this practice can benefit their unique practice.

Architecture has been around for as long as humanity. Ever since human beings discovered that living nearby has its own set of benefits, they've had a distinct need for architecture. From Antoni Gaudí to Zaha Hadid, architects and their brilliant minds have shaped the world around us. Since the digitalization of architecture, the industry has become more popular than ever.

Speaking of the technological advancements in architecture, the days when pen-and-paper were king are long gone. Nowadays, everything is done through the computer, and 3D rendering is vital when designing anything with software, including architectural projects.

Marketing makes the modern world go round. It's the premier way to sell something to someone, and as long as there is something to be sold, there is a need for someone to market it. Marketing is mostly a B2B industry, meaning it serves other businesses. And as long as services or products of any kind exist, there will be a need for marketing.

Marketing has changed quite a lot over the years, and many trends have come and gone, but one that seems to stick around is 3D rendering. 3D rendering is highly beneficial for marketing. It allows for more elaborate, more realistic advertisements and enables marketing executives to present products in a never before seen way.

Marketing is all about presentation. Through 3D rendering, marketers can present virtually anything in such a lifelike way that all of its perks, benefits, and features are highlighted visually. Since different people interpret different things in a non-identical way, 3D rendering allows marketers to minimize the scope of differences, making the product appeal to the broadest possible consumer demographic.

Construction projects used to require massive, complex blueprints. Nowadays, most of this heavy lifting is done by computer software, mostly through 3D rendering. 3D rendering is crucial for construction purposes, as it allows for the visualization of the project before it comes to life.

Just like architecture and marketing, visual presentation of construction projects is crucial to the construction process itself. Construction companies and experts can use 3D rendering to scale, present, or explore the designs they're tasked with recreating in real life, which is essential to the building process.

Real estate tactics have come and gone, but one impressive way that real estate agents like to present their buildings is through 3D rendering. This process allows real estate agents to show their prospects an immersive presentation of what they're offering – turning a prospect into a customer in no time.

In real estate, 3D rendering has a crucial advertisement role. Through 3D rendering, real estate agents can construct intricate images for presentation purposes, highlighting all of the subtle details found in real estate and making the design more appealing to their consumer base.

Most of us couldn't imagine a planet without adequate healthcare. The marvel of modern technology and scientific research has allowed us to live longer, better, and healthier lives, and that's in no small part to the discoveries made by mankind. Humans are always looking for ways to cure new diseases, lead happier, healthier, and longer lives, and that's all due to healthcare and wellness.

Healthcare is complex, intricate, and elaborate. It has been improved massively by introducing computing to the mix, and one of computing's most important elements, 3D rendering, has taken the healthcare world to a new level. It has improved how healthcare professionals educate themselves, prepare for their practice and even aided doctors in specific situations.

In manufacturing, 3D rendering is also used to pitch ideas, create, customize, modify prototypes, and for many advertisement purposes. Prototyping makes up a massive portion of manufacturing, and 3D rendering significantly speeds up and improves the process.

What good is the world without a bit of fun? From primitive sports matches played by the ancient Incas to the latest rom-com airing this season, the rocky road of entertainment never ceases to amaze the populace, making it a staple of day-to-day life. It has been with us for millennia, and it's not going away anytime soon.

Entertainment comes in all shapes and sizes, and it's 3D rendering that has made entertainment the trillion-dollar industry that it is today. 3D rendering has allowed studios to produce content with more efficiency – which situates the ever-growing demand.

By using 3D rendering, creating entertainment doesn't only become faster – it becomes more efficient. Menial tasks and intricate processes that used to take a lot of time, money, and manpower can now be sped up, streamlined, and perfected to such a degree that the entertainment itself is higher in quality, and production is more cost-effective.

We’re all aware that animation is a cornerstone of modern entertainment, but it wouldn’t be possible if it were not for 3D rendering, which enables it. Aside from animation, 3D rendering has a great SFX application, making it present across most modern movies, shows, and media.

We've all seen the movies where there are huge maps that outline continents, cities and tell tales of undiscovered islands inhabited by strange, otherworldly beings. While there are no such things in real life, mapping has helped humanity navigate the world for millennia, and 3D mapping is the next step in that evolution. It's at the forefront of modern navigation, and it's taking us to the stars.

While we've pretty much explored every nook and cranny of planet Earth by foot, boat, and ultimately satellite – we've yet to explore the universe, and 3D rendering is the technology that's going to get us there.

Mapping out the stars won't happen overnight, but 3D rendering will significantly speed up the process. Through this technology, 3D mapping can be utilized to a higher degree, as images, stills, and scans can be turned into an applicable visual medium, which can later be used for further analysis.

Video games, while a part of the entertainment, are something else. Sure, watching a sports match is fun, but participating in a virtual sports event is both fun and immersive. With video games, you get to explore new horizons, experience new worlds, and become your game character. It's a staple of entertainment as we know it and the future way to escape from everyday life.

From Tetris to Cyberpunk 2077, over Doom and World of Warcraft – the gaming industry has grown massively over the years, and it doesn't seem to be stopping anytime soon. That is no small part due to 3D rendering that allows game designers to create intricate new worlds, characters, and stories to captivate consumers.

Real-time 3D rendering is an integral part of the modern gaming industry. It's used by virtually all three-dimensional video games, which in themselves make up a significant portion of the video game world.

It also has a critical application in how games are created. With any 3D model, creating a good 3D render is a fantastic way to observe the model from a new perspective. This allows the artist to see any flaws, make any necessary changes, or improve upon the model in one way or another, all thanks to 3D rendering.

Publishing, distribution, and releasing things into the market is one of the most important aspects of sales. We get all sorts of entertainment through publishing, such as games, music, podcasts, and other things such as media released to the world for free or for a fee. While less superb than the other industries on the list, it's equally important and plays an integral role in modern-day society.

3D rendering has completely changed how the world of publishing works. It's changed how media is distributed by allowing for exciting animation and appealing visualizations that make the media better suited for its target demographic.

Publishing can benefit a lot from 3D rendering, as the practice allows for the creation of appealing advertisements, better pitches, and better presentations. 3D rendering also allows publishers to improve their photographic imagery and modify particular elements to highlight specific details.

3D rendering has been used ever since its inception, and from humble beginnings, it has become the cornerstone of many industries across the world. This is partly due to the digital revolution, which is slowly reaching its pique, where many traditional industries have gone digital.

While this list highlights the ten industries that are already using 3D rendering in some way, shape, or form – it’s in no way complete. The number of industries and sectors that can benefit from 3D rendering far exceeds those listed above, and the number only keeps growing by the day.