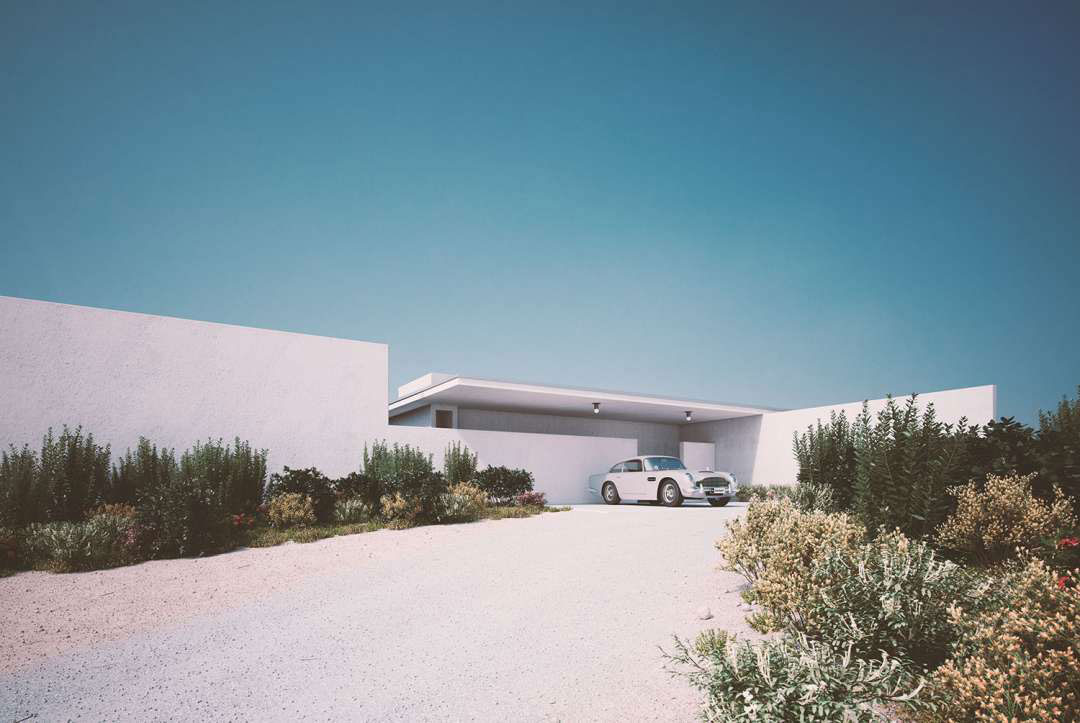 What is Real Time Rendering and Why It Matters

Current technology and available software has elevated rendering from an industry once reserved only for computer geeks to a rapidly expanding field that includes artists, architects, engineers, developers and pretty much everything else under the sun. But, there are limits to that technology that have those professionals running into walls when it comes to making the next big leap into mainstream rendering and visualization. So, when you can’t figure out how to make the car go faster, what do you do?

Yes, there’s a new horizon in mainstream architectural rendering and visualization, and its name is real time rendering, and while it can’t actually send you into the future (yet), it’s a technique that’s growing in stature and usability in the various communities that rely on being on the precipice of rendering and visualization technique. In this article, you’ll learn all about real time rendering, and why it matters as we think about the future of design and design communication.

Real Time Rendering is pretty much exactly what it sounds like: animations that are rendered so quickly they appear to be being generated in absolute real time. But to fully understand what’s really going on under the hood, first we’ll have to talk about the pipeline.

The graphics rendering pipeline, which we will now and forever simply refer to as “the pipeline,” has nothing to do with surfing or the rapid transportation of natural gas or crude oil. The pipeline represents the foundation of any visualization or rendering engine. It is where the rendering of all 3D objects, light sources, lighting models, textures, cameras and more happens. Some also refer to it in layman’s terms as “the magic.”

Specifically, the real-time rendering pipeline consists of three conceptual stages: the application stage, the geometry stage, and the rasterizing stage. I won’t bore you any longer with digging any deeper into that bottomless technical well, but the end result is an animation that is rendered in what appears to be real-time, and is measured in frames produced per second.

Now, real-time rendering is nothing new. Anyone who’s picked up a videogame controller has experienced it first-hand. The videogame industry has been implementing real-time rendering in games for decades, but only recently have designers and architects started using some of those techniques to present their ideas.

Sounds like a no-brainer right? The ability to hand your client a PS4 controller and give them an interactive virtual tour of where their money is about to be poured into is on a whole other level of multimedia presentations. But why has it take so long for the design and architecture industries to adapt this technology? Why are so many firms stuck in the stone age with static images and spliced together animations that read more like diagrams than immersive representational experiences?

The Easy Answer Is Money

It always is, isn’t it? Ask me how much videogame studio Rockstar North recently spent on their mega-hit game Grand Theft Auto 5 and I’ll tell you a figure with so many zeros at the end you’ll think I’m speaking in binary. Developing even a simple scene that can be interacted with at the most fundamental level is expensive and time consuming. This price of admission is an immediate turn-off to most architecture and design firms who have a limited amount of time and money to put together a design presentation, and will almost never spend it on something so extravagant.

The other answer - the answer I believe to be more true than simply money - is that architects have no idea how to implement this type of experience. In a profession where control is often your only ally, relinquishing that control to someone who might not understand the design on a fundamental or even surface level is as ludicrous as not wearing a black turtleneck to work today. Architects give presentations that are so canned and so precisely manicured it leaves those who are viewing it only one possible conclusion about the validity and conceptual fortitude of the proposal.

Ultimately, it’s about an unfamiliarity with a potentially effective avenue for explaining ideas that have just always been shown in a pretty picture. And while the nature of those pictures has inevitably evolved over the years as technology led the way to computer aided realism, the backbone has remained relatively untouched. It all points back to control. A static image, or even a pre-planned animation, offers a stranglehold of controllable inputs and outputs that results in the perfect representation of the idea for everyone to see. The merits of the design, in that scenario, have as much to do with the skill required to tell the story than the story itself.

So, you can imagine the deer-in-headlights reaction an architect or designer has when approached with the notion of relinquishing some of the control for providing people with a more realistic, interactive version of their design. It’s scary, because for the first time your design will be judged with unprecedented accuracy before a single shovel-full of dirt comes out of the ground.

While relinquishing that kind of control during a presentation to a client might be territory we never find ourselves entering in the world of design and architecture, I see real-time rendering as an important stepping stone in making the design process better. This is where the merits of the technology really start to show up.

The design process is all about a continuous loop of trial and feedback, trial and feedback, trial and feedback - until you’re either up against a deadline or run out of money. Good architects and designers champion their process with the highest regard, as it is the engine that powers their entire production machine. And if the process is the engine, the feedback is the oil - the lifeblood that makes all the other parts work. Feedback tells you what’s right and what’s wrong, and analyzing it tells the designer how to make things better. Real-time rendering would provide the designer with the kind of audio-visual feedback unlike anything we’ve seen before.

The idea is this: an architect would invest in people familiar with real-time rendering technology that would build an interactive world around the site of any particular project. At the onset of a project, this interactive environment could be used by the design team to test concepts, ideas, and ultimately fully fledged experiences that revolve around the thing that will eventually be built. The feedback goes from being a preconceived judgement of a static object, to an unpredictable emotional and physiological response to something that assaults the senses with information regarding light, space, material and procession simultaneously. I’m frothing at the mouth just thinking about it.

Furthermore, the recent surge in virtual reality technology takes this feedback loop a substantial step further. It has the potential to add layers of depth and output that will have designers reacting and making design decisions based on an almost 1:1 analogous experience to what is to be a realized building.

Of Course, There Are Limitations

Remember all that talk about money? Yeah...that’s still a thing. Despite the unimaginable potential real-time rendering carries, it would take a large firm with a substantial design budget to really make it feasible. Those firms are certainly out there, and I wouldn't be surprised if the likes of Bjork Ingles and Norman Foster aren’t tinkering with the possibilities as we speak. But for the rest of us who cling to our meager flat-rate fees, interactive design presentations is more than just out of arm’s reach. It will be interesting to see how far the big guns take it, and we could be looking at a future where architecture offices look more and more like video game development studios.

There’s always a tipping point - a fulcrum where the cost of adaptation is lapped by the money-making potential of a vital piece of tech. Energy will never become sustainable until solar and wind power become more lucrative than crude oil. It will happen eventually, but it’s anyone’s guess as to when. Real-time rendering as a design tool is the same thing. As soon as architects - and more importantly, clients - see the long-term value of that investment, it will remain waiting loudly on the fringe.

But as that fringe slowly grows, so will the pool of talented designers who will learn how to do this stuff in architecture and design school. Just as it happened with CAD, and SketchUp, and Photoshop and VRAY and Rhino and everything else, these techniques and programs will elevate to the necessary tools of the trade. Sometimes these shifts take time to ferment, and this is one that requires a massive ground swell of momentum to get traction. And it’s only a matter of time before that happens.