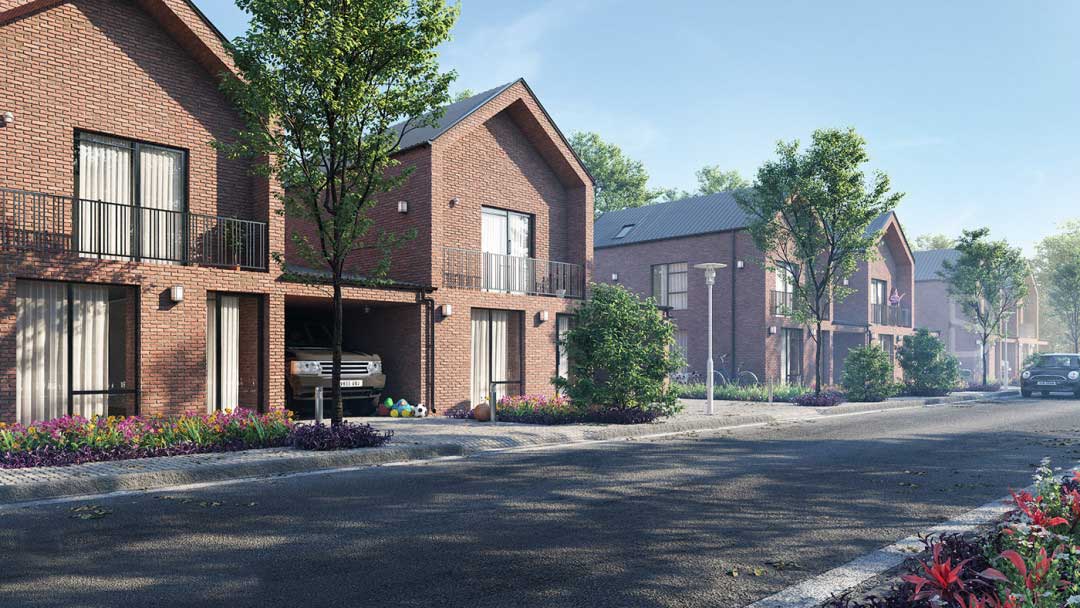 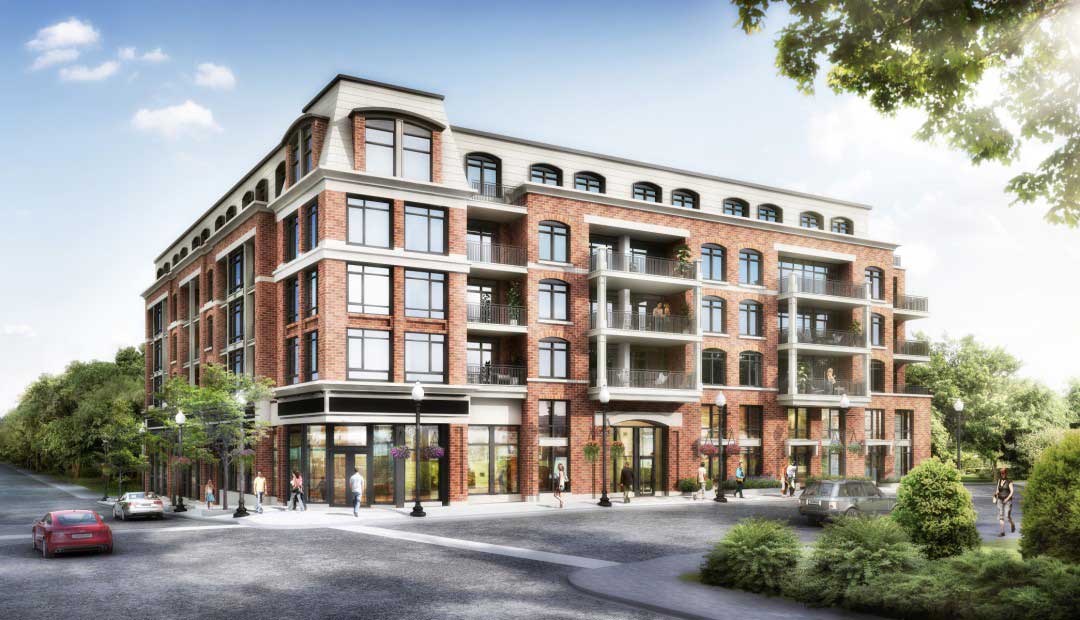 No matter if you want to develop a project or you plan on working as an architectural designer to deliver these visual elements to clients, you need to understand the difference between the two and how they can be used correctly.

Neither is universally better than the other

The first big mistake a lot of people make when comparing 3D renders and 3D animations is that they try to figure out which one is better. They start taking sides like in a football match. This comparison we are doing today is not for the purpose of figuring out which of these two is better, as they both have certain uses.

At the same time, 3D visualizations are also done in various industries which have different needs and might need different approaches to come up with the best product. This is why it is essential to understand both of these terms completely, their differences, and unique benefits.

Ever since architects got the 3rd dimension as an option for various projects, they have been able to make settings, objects, and other visual elements come to life like never before. The ability to use the 3D digital environment has especially been useful for architecture and allowed to present project ideas in a realistic and immersive way.

What are 3D renders?

Simply put, 3D renders can be imagined as looking at objects through a camera and with modern technology, it’s even possible to go through objects, observe elements, and interact with the environment. But, how is all of this achieved you ask?

All the models of a building are first built through the process of 3D rendering. The technology and knowledge we possess allow us to model clear images of projects, and interiors. However, it has gone a step further and lets us take clients on virtual tours and allow them to go through the rooms of a house that hasn’t even been built yet.

This is called a 3D visualization or a 3D walkthrough. It allows the client to walk through buildings that were designed on some digital media by professionals. This 3D visualization allows clients to experience how a certain building will look or work well before it is built. These visualizations create a virtual reality and can be completely lifelike.

What are 3D animations?

The term 3D animation means giving 2D digital objects a 3D dimension. The purpose of this process is to make models even more realistic. When objects are created in a 3D environment, users have the ability to look at them from different angles and rotate them if they want.

At the same time, the term animation is closely tied to the desired state of realism that is associated with and achieved through movement. In 3D animation, objects come to life, as they all have individual movements.

So, simply put, animations are used to move pictures, and all the individual objects in them get assigned with various movements. One of the simplest examples of 3D animation is cartoons, as you can clearly see these two concepts being brought together to make models seem lifelike.

What are the main differences between still and animated 3D renders?

From what we’ve discussed so far, it would seem that these two concepts are pretty much the same. They are similar, and both are used for the purpose of creating a lifelike digital media. However, they have a crucial difference between them that sets them apart and it concerns the movement in the digital environment.

With still 3D renders, the movement is possible but the only thing moving is the camera through which viewers are looking at a certain project. On the other hand, in 3D animations, the objects within the visualization can move as well. All the objects in a still 3D render are stationary and for someone to look at objects from different angles, they will have to move the camera while the object stands still.

In 3D animation, objects can be moved by users to perform movements such as a position change, or rotation. This major difference makes these two similar concepts so much different and it’s the main reason why they are used in different situations. When it comes to architecture, 3D renders and walkthroughs are essential.

They allow viewers to go through the interior of a structure that is going to be built. In most cases, they are used as a form of presentation for potential buyers so that they can understand how a certain structure will look. This speeds up the purchase decision, allows buyers to express concerns, doubts, and suggest potential changes.

What are their similarities?

As we mentioned, these two concepts also have a lot of similarities. This is why they can be both used for architectural visualizations and improving project presentations. Both 3D renders and 3D animation are digital visualizations that come in the form of virtual reality and can be very realistic and immersive.

They adopt the same effects including drop shadows, gradients, and lighting which allow them to highlight important features and elements, create a better atmosphere, and present lifelike settings and characters. One of the most important effects is called highlighting, as it can make 2D images look like 3D models.

Both 3D animation and 3D renders are created to make a viewer feel like they were walking through a room in the virtual world. They allow clients to view different objects from various angles and have a photorealistic experience of the environment in front of them.

How 3D renders and animations fair with crucial presentation elements

Now that we’ve learned what 3D renders and animations are and what their core differences are, let’s look at them from the point of architectural visualization and how they fair for this use. Today, professionals are looking to perfect their visualizations and improve their skills as much as possible and new concepts are constantly being introduced.

Let's take a look at some of the most important criteria for architectural visualization and how these two concepts can or cannot be used for improving them.

For architectural renders, time is essential. Naturally, clients want to see a presentation of the project as soon as possible and the designers look to deliver it as quickly as possible. This is why 3D renders excel at architecture visualizations, as they can be delivered quickly and they cost less.

For a quality 3D render, a professional with experience would need from 24 to 30 hours, depending on the scale of the project. This is all the time necessary to deliver quality realistic pictures that can represent an interior or exterior in a lifelike fashion.

On the other hand, creating one 3D animated video could require several weeks and, in some cases, even a month.  It requires a lot more work and the visualizer needs to have a mixture of right skills to get the job done properly. This means more costs due to a longer process and because the person doing the job needs to know several different fields.

In a way, architectural presentations are a part of marketing. They are there to provide value to viewers and convince them to go through with a project or buy a property. Both 3D animations and render have a lot of power when it comes to presenting something and this is done through visual storytelling.

The visualizer is not only building a property presentation with walls, doors, windows, and surroundings. He is telling a story to his audience and helping them imagine what it would feel like to live in a certain house or building. Even though 3D renders can be designed to allow viewers to move through rooms and explore space, it doesn’t allow models to move around.

This is where 3D animation is better, as it has more functionalities which improve visual storytelling. The architect can add more context that is relatable to viewers, present dwellers, add immersive POVs, and CGI elements which can tell the story much more effectively.

The level of immersion

Both 3D renders and animation can be used to create images that will allow clients to feel and imagine a project. However, this is also where 3D animation has the ability to go a step further as CGI can represent space realistically and through movement, make the viewer feel like they are really in a certain area looking around with their own eyes.

However, with the application of VR in 3D renders it is possible to create a similar effect, as clients can move around the area freely and inspect all its features.

The level of interactiveness

Instead of just allowing clients to look at visually engaging images and animations, you also need to let them interact with the project by “touching” it, “examining” it, and “moving” through it. 3D animation allows a higher level of interactiveness, as users can trigger actions that are performed through movements, or animations.

On the other hand, 3D renders that allow movement, 360 degree visualizations, and virtual reality also provide a lot of interactivity. With moving images, users can interact with a design by dragging, changing, rotating elements, etc.

There are a lot of software tools that can be used for creating amazing 3D renders that look very lifelike. But still, no matter how good a 3D render is, it can’t beat a 3D animation, as it is subjectively more visually appealing, triggers more senses, and catches the eye better.

Movement has a far greater impact on the viewer and CGI animations can have a simply breathtaking effect on people. This is why modern movies have so much CGI and are able to attract huge audiences. Naturally, this also means that animations take a lot more time to be created and honed to that breathtaking level.

In most cases, it’s a better idea to focus on 3D renders rather than 3D animations, as they can be very expensive for this use. However, if we are talking about a structure that has a lot of potential and is considered to be a landmark that can bring valuable returns, it would be a good idea to invest in 3D animation to convince buyers or investors.

3D renders is the formula you should go with for your architectural visualizations and everyone does them this way. However, this doesn’t mean that 3D animation should be completely neglected. Inserting animations in the right areas can get your presentations to the next level. The important thing is to be creative and recognize where you can add 3D animations to spice things up.