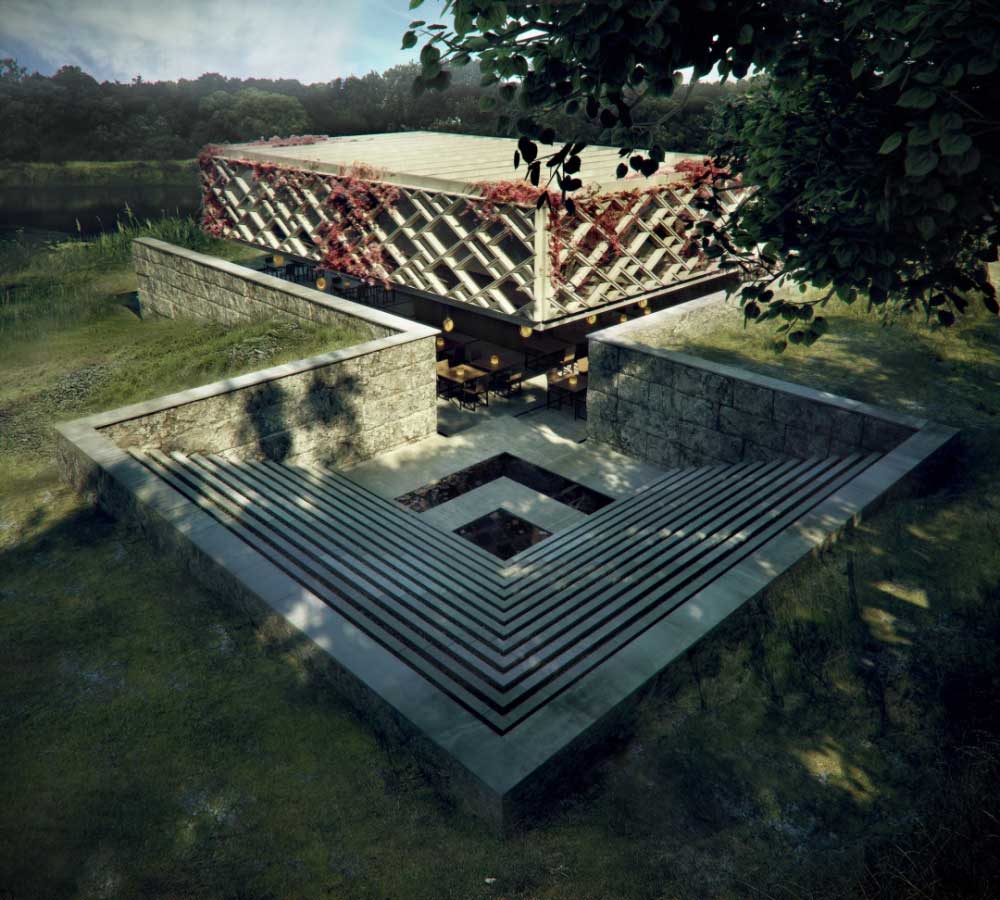 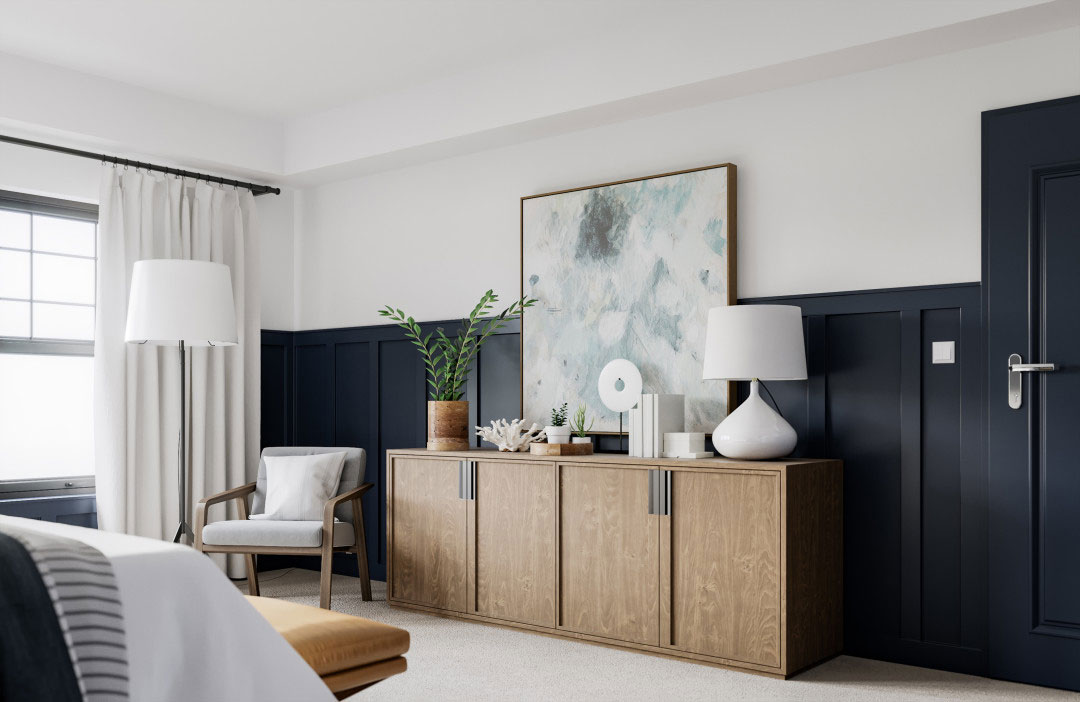 How to Build a PC for 3D Rendering on a Budget

3D technology has captivated both the entertainment and architecture industries. This is great news for all those 3D designers out there. In fact, the freelance market is flooded with 3D designer job posts. The question that remains is – can you build a PC that can sustain 3D rendering, and do so on a budget?

Fortunately for you, 3D rendering is no longer reserved for companies that have copious amounts of cash to invest into hardware. You can have your PC up and running in no time and on a budget. To help you out, we have built two budget PCs, one priced at approximately $1100 and the other just under $1500.

With 8 CPU cores and 16 threads, this CPU is a real monster that you can get on a budget. Its base clock stands at 3GHz. But, you won’t need to overclock it to get the job done. We are also not suggesting it, since you won't be using a pro CPU cooler on a budget.

Depending on the supplier, you can get it for around $200.

Intel Core i7-6800K has amazing support for 3D rendering. It has 6 cores and 12 threads, with a processor base frequency of 3.4 GHz. The stability and overclocking capabilities of this CPU make it a great choice for anyone who wants to build an Intel-based PC on a budget.

Let us remind you that this CPU comes with Intel Turbo Boost Max Technology 3.0. Thanks to this, the i7-6800K provides increased performance to people who need raw processing power.

This CPU is considerably more expensive. It is listed by suppliers at approximately $400.

The Ryzen 7 1700 comes with a stock cooler Wraith Max. This cooler is more than enough for you, unless you want to overclock your new Ryzen CPU. While the overclocking itself will decrease the rendering time by maybe a few minutes, the power consumption by the CPU will significantly increase, and what's more important, its temperature will spike.

This is why we recommend that you stick with the default processor base frequency. Besides, you won't have to spend a dime on an additional CPU cooler.

If you opt for i7-6800K, you have to invest in a CPU cooler to leverage the full potential of this beast. Scythe FUMA 79.0 CFM CPU Cooler is a great CPU cooler, and it costs approximately $50. Its quality design and price range place it in the best buy on a budget category.

It’s unique dual tower design allows it to pack two 2 PWM fans 300–1400 RPM, which enable it to outperform even some of the pricy liquid CPU cooling systems.

AB350 is the cheapest MB that money can buy. What will you sacrifice? Nothing. Its chipset proved itself as very reliable and versatile over the past few years. Remember, this is an extreme budget variation. It’s purpose is to enable you to leverage the power of your CPU, GPU, and RAM. And AB350 does this in a marvelous way. The price? You will be able to get your hands on this gem for only around $80.

X99 is one of the best mid-range motherboards. It has support for your new i7-6800K processor. It’s PCIe Gen3 x4 Ultra M.2 interface will help you efficiently render 3D objects and landscapes. This motherboard supports data transfers of up to 32Gb/s. Down the line, if you want to upgrade your SSD, you won’t have to change the motherboard because of the Ultra M.2 interface.

Also if you decide to overclock your CPU and go for a liquid cooling system, X99 has a built-in header that supports water pumps. The price? The X99 is listed for around $200 by most suppliers.

16GB of RAM is more than enough to start with. RAM is ridiculously overpriced at the moment and going for more or anything better will cost you too much. To stay in the under $1100 category we picked DDR4 memory sticks working at 2133MHz. This speed will help provide you with a smooth 3D rendering experience. This RAM will cost you approximately $130.

This is a more expensive variation. With 32GB of DDR4 memory working at 2800Mhz you won't have any excuse for slacking. This variation is better for those of you who are doing a lot of multitasking. 32GB will allow you to have several tools open without experiencing any hiccups in your PC performance. This experience comes at a price of approximately $170.

If you want to save extra cash, you basically have to choose HDD over Solid State Drive. This Seagate model is fast and reliable and, most importantly, it comes with 2TB of storage space. It will help you get the work done.

The speed may reflect the startup time of your OS and loading speed of big projects. But the rendering itself, since it’s mostly based on CPU and GPU power, won’t be as affected. You’ll be able to find this HDD for approximately $55.

Solid State Drives are a work of art. You can still have one and be able to build a PC under $1500. Crucial MX300 is a great option. It has a standard STA interface 6Gb/s, 530 Mb/s read and 500 Mb/s write speed. With SSD, your OS will start up in a matter of seconds and you will be able to seamlessly load projects, export files, and multitask.

We have intentionally chosen this manufacturer because their SSDs are considerably cheaper, and you will be able to get one for approximately $80. We suggest that you get yourself an HDD as well for this setup and use it only for storage purposes, since SSD has a shorter life span. The one we mentioned above with 2TB of space will do the job.

Some may argue that GeForce is built for gaming, but the GTX 1060 AMP! Edition packs so much raw power that you can easily use it to boost your new PC’s 3D rendering capabilities. In fact, this card may be easily the best one in terms of getting the biggest bang for the buck. It’s very silent and doesn't heat up much. This beast is currently priced at $300.

This GPU is designed to make anyone who wants to become seriously involved in the 3D rendering happy and satisfied. Vega Frontier will help you go through big 3D rendering projects with ease. The newly designed Vega architecture is capable of handling huge data sets.

Its power lies in the efficient management of diverse compute workloads. This is one of the affordable Pro GPUs capable of bringing real-time rendering up to speed. This is the most expensive part of your setup, since 3D rendering heavily relies on the GPU – it will cost you approximately $650.

Since you are making a budget PC, you don't have to go crazy about the casing unit. This is why we have picked up Phanteks Enthoo Pro for you. This case looks great and, more importantly, it’s very practical. It has a lot of space, thus making components installation and cable management a breeze.

The air circulation is excellent. Enthoo comes with two fans which are more than enough to give your PC a cooling airflow. This case is currently priced at approximately $85.

This is the best non-modular CPU for budget PCs built for 3D rendering. It comes with long cables and does the job. If you choose a full tower case, please make sure to double-check the PSU cable length before you buy. This is the most common mistake made by novice PC builders. Anyway, this PSU is very cheap and you can get it for approximately $45.

750W is more than enough power for your new PC. We’ve chosen this model not only because of its efficiency and power, but also for the 10 years warranty. It comes with plenty of cables.

Since you are probably going to overclock your i7-6800K at some point, you can rest assured that this PSU will provide the power it needs. Your Vega Frontier Edition will love you for choosing this PSU. Currently priced at approximately $100.

Let’s sum up. The cheaper version will cost you around $1100 while the other one is right there around $1500. As you can see, building a PC for 3D rendering is possible even on a budget. You can save some extra cash by downgrading some components, but you should know that this will affect your PC’s performance and your workflow.