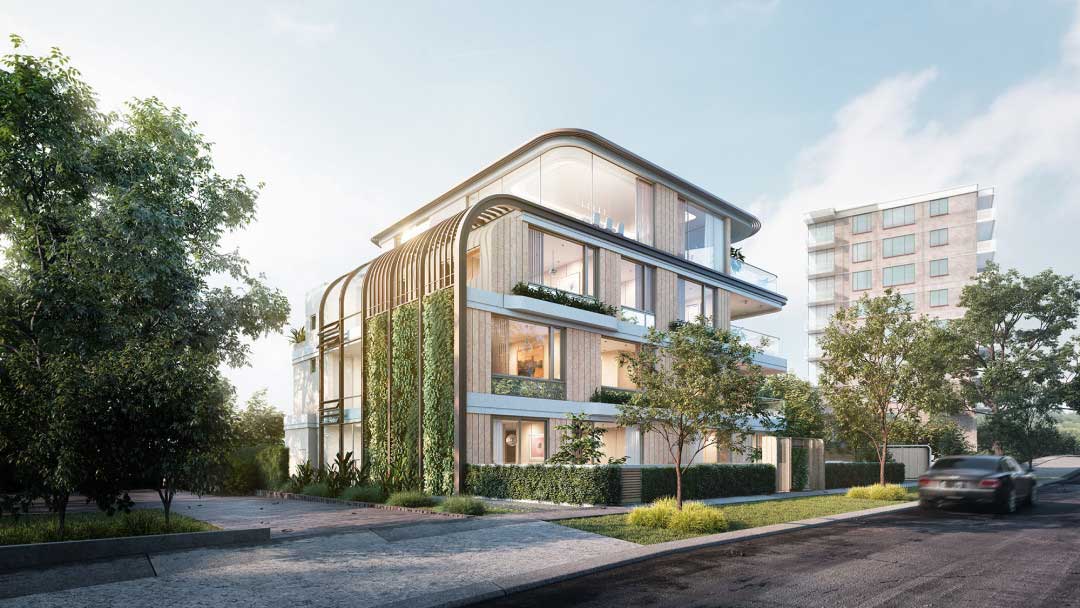 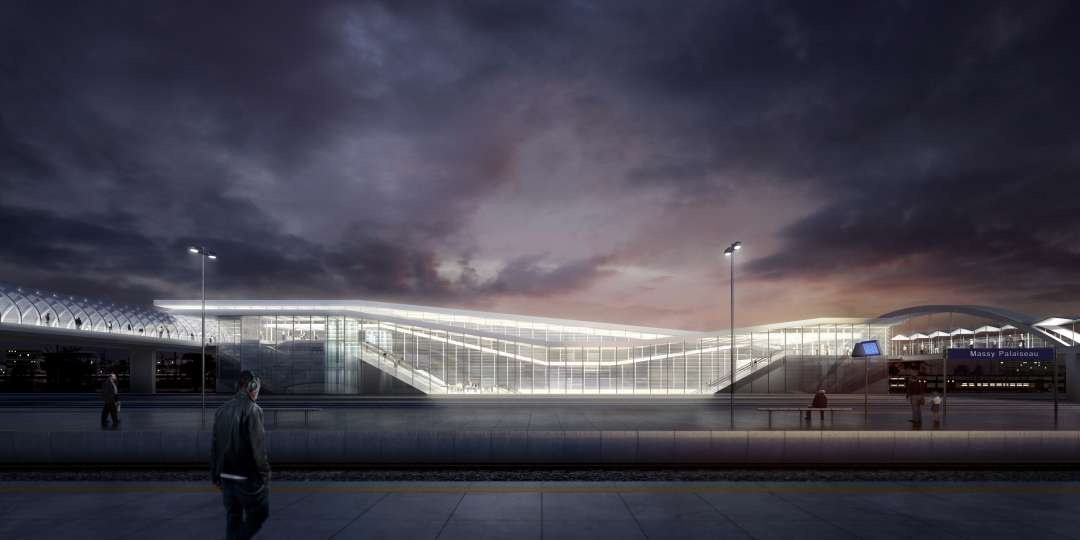 Architecture is taking a significant turn in the realm of construction technique, materials and methods, and the advent of introducing rapid prototyping processes into full-scale building erection. While I won't go as far to say the hammer and nail no longer have a place in the construction industry, I will say we are in the middle of a revolution where the process of design and construction will become interwoven in a way that streamlines schedules, consolidates cost, and creates a seamless relationship between architect, client, and builder. The futuristic architect understands those relationships and how to use advancements in technology to strengthen them.

Along with the transparency of communication, automation of certain construction components becomes paramount for this transition to happen. We will soon be construction buildings in the same we we build cars, where specialized components built entirely off-site will come together in a matter of weeks to complete not just homes, but large scale apartment buildings, office compounds, and urban skyscrapers. In the next decade, 3D printing will take a large and emphatic step into the future, firmly planting itself into commonly practiced building processes.

What is 3D printing?

It’s exactly what it sounds like! A regular, old 2D printer dissects a piece of computer code then outputs that code in the form of a flat image. A 3D printer works in the same way, only the output is a three dimensional representation of the digital model input. In the past 20 years, the technology has taken on many forms, the most popular and mainstream of which extrudes a series of tiny plastic layers that, when stacked up, make up the desired three dimensional object. Up until recently, the technology has remained largely experimental as technicians, designers and artist test the limits of what’s possible in terms of meaningful application.

Furniture makers have used 3D printing to manufacture proprietary connection components. Architects build study models with accuracy and precision that allows them to make informed design decisions. Shoe companies are 3D printing...well...shoes! The opportunities for manufacturing industries are limitless, and there’s no reason those same opportunities can’t be found in the mass production of building components and construction tools.

The next few years we should see an onslaught of new types of 3D printing technology as science fiction completely takes over. One particular process uses the rapid suspension of liquid enamel to create 3D objects in a matter of seconds. It looks even more unbelievable and hard to understand than it sounds, but rest assured that it’s nothing short of freaking cool. The entire industry is in the “science fair” stage where entrepreneurs and mad scientists alike are trying new things in order to establish fast, cheap, and user friendly ways to print useful things. And a lot of them.

One of these “science fair” ideas is Contour Crafting. If you’ve ever wondered to yourself, “I wish they would make a machine that 3D prints concrete walls,” then you are in luck, my friend! In essence, that’s exactly what Contour Crafting achieves, using a full-scale automated gantry system to extrude an entire concrete foundation wall in a matter of hours. The machine works in the same way that a traditional plastic extrusion printer works, but on a much larger, muddier, and awe-inspiring platform. It truly is something to behold, seeing the massive concrete extruder swiftly move back and forth along a pre-destined path input directly from a digital 3D model of the building it is constructing.

Even in its early prototyping phase it demonstrates the potential of such inventions when it comes to the future of design and construction. In places of the world where housing is an immediate and scarce necessity, the idea of being able to go there and build structurally stable structures in a matter of hours is a uniquely humanitarian one. Contour Crafting is a robotic construction system (their words) thought up by a professor and group of students at Southern California University. In addition to the current aspirations with on-demand housing, they have plans to develop the technology further for what might be a future of space colonies. Summer home on the dark side of the moon, anyone?

The invention of such a unique means of construction has the potential to unlock systems on even larger scales. If there’s a way out there to make construction cheaper and faster, you better believe developers are going to find a way to exploit it. The good news is, these days’ even developers are beginning to value sustainability and more intelligent building for that very reason: it’s making things cheaper.

The importance of automated construction processes.

A traditionally built home includes an insane amount of waste. If a palette of 100 2x4s shows up on a construction site poised to make their way into the structure of your house, about 10 of those will find their way into the landfill. There just isn’t the level of efficiency in common construction methods to not accumulate waste. Factory built homes take big steps in an attempt to minimize waste, but they still leave much to be desired in other logistics factors like travel and additional site costs.

A fully automated system that utilizes components and assembly in the exact same way Boeing does with airplane manufacturing. This is a system that requires a high degree of standardization that has opportunity to become endlessly customizable. And if that oxymoron didn’t confuse you enough, imagine robots building robots building buildings. There will always be unique site components that will require a different level of specific conditions, but there could be a future where we have no choice but to be as efficient, as intelligent, and as self-aware as possible with limited resources to do so.

And if that sounds hard enough, just imagine it being about 100 times harder and you’ll be getting near the ballpark of the logistical and engineering nightmare we’re looking at. Then again, that’s what they said about sending a man into space.

We already do this to a degree, but the idea of sending completed construction modules outfitted with all amenities, finishes, utilities and connections isn’t that more outrageous than putting the same hot water heater in every house on the block. Could you imagine a world where every individual water heater is fully assembled in the garage it’s about to be installed in? Or that the metal parts and plastic pieces that make up the water heater must be hand tooled, milled and shaped on the job site prior to assembly? No you can’t imagine that, because it’s CRAZY!

Automated construction aims to taking things one step further, and in a way use robots and machines to “3D Print” a building in the same way an assembly like would “3D Print” a car. It’s essentially the same thing, and has the potential to fundamentally change how we build things.

With all this talk of robots and Star Wars and The Matrix, it’s easy for the human element to get lost in all this. There’s an assumption that as construction processes become more like assembly line, the people who are in the trenches who traditionally were the one’s putting everything together will be side lined with a ticket to the unemployment line. Yes, certain industries would suffer from the transition, but there’s no reason to believe the people who are involved in construction of the now can’t be involved in the construction of tomorrow.

While the idea of automated processes is “they run themselves,” that couldn’t be further from the case. There needs to be a great many people to make sure the machines we are building and the processes we are inventing line up with current standards and methods. We aren’t reinventing the wheel here, just the process for which that wheel is made. We still need loads of people who know how to build a wheel so that we continue to build them faster, better, and cheaper. The people who swing hammers and chew out subordinates are the people who know how things are put together. There’s no reason these people can’t be the ones on the front line of a new wave of building techniques.

We are all adapting to a new way of doing things. Architects must introduce new software and new ways of thinking about design. Engineers are having to forget what they know about what’s possible now and come up with ways to build tomorrow. Robotics engineers must build better software with more intelligent systems and outputs.

But above all that, it starts with the dreamers. The artists and visionaries and ambitious few who provide the engine that propels us into the future of building technology. Elon Musk wants to turn your home into a batter. Don’t think he won’t do it. Richard Branson wants to commercialize space. You won’t stop him do it. Once we get the personalities behind what can amount to real change, things will always stay the same. It is the very thing that makes the end result the most human thing.

Where we go next.

Do we have one of those visionaries out there now? Absolutely. Swiss architecture firm Gramazio & Kholer lead a team who constructed an automated art installation using drones that dropped over 1,500 styrofoam blocks into a structurally stable matrix. London based firm Softkill Design have built a house using 100% 3D printed components. These examples are leading the way in showing the world what’s possible with 3D printing and automated construction techniques. It’s easy to imagine scaling up styrofoam blocks into fully operational building blocks (shipping containers, anyone?), or standardizing 3D printed building components to erect and entire city, not just one house.

Many of these technologies are a long way off from making their way onto the market. But it’s nonetheless encouraging to see people going to such great lengths to change the business of construction from one that hurts the planet, to one that heals it. Minimizing waste and maximizing construction efficiency goes a long way to making this future possible. Architects are just now scratching the surface of starting a design with modularity, component assembly and automation at the core of the idea. It’s not a new idea, but one that has yet to gain the mainstream traction it needs to flourish. With all the new ideas that have a substantial amount of startup money behind them, there’s no doubt we’ll start to see new construction methods become commonplace.

It’s only a matter of time.