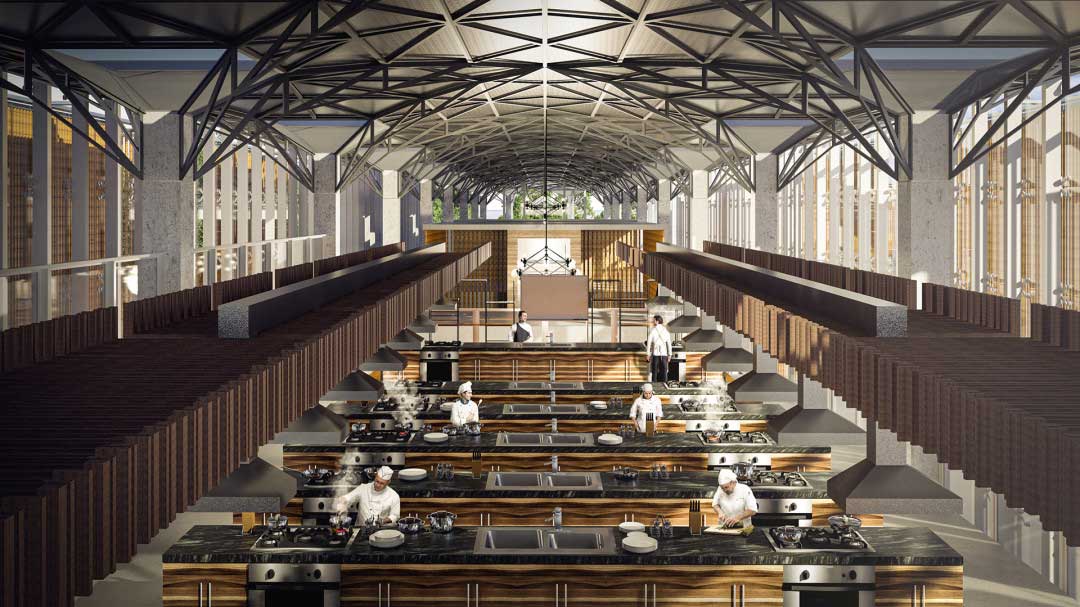 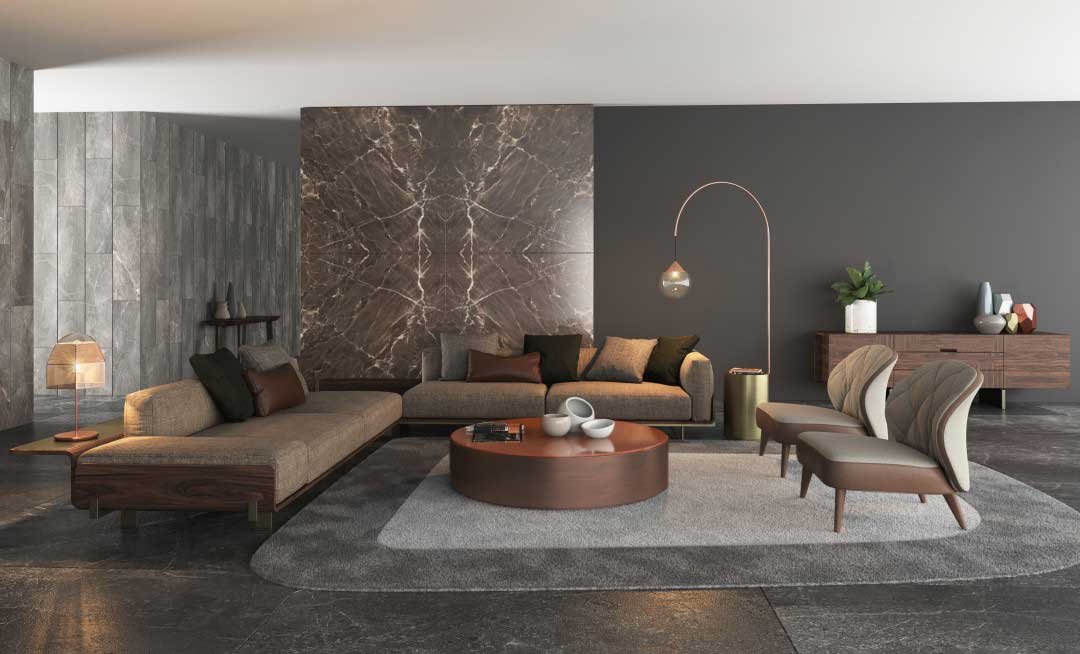 Everything You Need to Know about 3D Interior Design

Interior design is one of the most popular architectural fields today. A lot of people are looking to get into this area and learn more about it, as there are many career opportunities. At the same time, with new technologies, interior design as a job has been simplified, as it is done on a computer using adequate tools.

Simply put, people don’t need to bother themselves drawing countless images on a piece of paper for their ideas, they can do it more conveniently in interior design software. However, this has created stronger competition and people simply do a better job today. This means that making a name for yourself can be difficult.

In this post, we are going to talk about 3D interior design, which is now a standard. We are going to try and help you understand the whole field, what its goals are, and what its essential values are. So let’s start.

Even though there isn’t a clear date when 3D interior design started, we know that the first 3D models to ever appear were during the 1960s. Even though interior design is a profession that has existed for over 100 years, the 3D elements were not added until the late 60s.

However, this was not done by architects or designers, as computer engineers and people that worked in automation with data and mathematics were the first ones to do 3D modeling.

The first person that ever created a program for 3D design is Ivan Sutherland. He created Sketchpad, the first program of its kind that allowed people to draw 3D objects. The main reason 3D looks the way it does today is because of Sketchpad. Ivan Sutherland and David Evans were the first people to start a computer technologies department at the University of Utah, where many people would learn 3D design.

They also started the first 3D graphics company. It started working in 1969 and 3D design work was done there in many different fields. At first, 3D models were used in advertising and TV but over time, the value of this field was recognized by many people, which led to it being used in different areas of life, including 3D interior design.

How 3D models are created

There are two essential ways that a 3D model can be created:

With the automatic method, the model is created using a 3D scanner while with the manual method, the modeler has to use a program and create the sketch. However, today, in the design industry and other areas, when someone says 3D modeling or designing, it means that an architect or designer are relying on computer software to create models.

There are three different types of modeling used, including NURBS, Spline, and Polygonal. 3D models are almost exclusively used to present how a certain project will look or to show the preliminary results of projects that are already in progress.

How 3D models are used

Depending on how it will be used in the future, a 3D model or a group of models can be suitable for:

For the purpose of this post, we will only talk about architectural visualization, as it can relate to 3D interior design as well. In most cases, visualization results in getting several 3D images that represent certain objects. In this case, the designers have to work with geometry, different materials, lighting, surroundings, and textures. In the end, images are usually edited in a software such as Photoshop.

How are photorealistic renders/visualizations/images created

The first step is to create objects based on their measurements and the scale that is predetermined. There are many kinds of different tools or programs which can be used to create 3D models, including Autodesk, ZBrush, Google SketchUp, Blender, and so on.

No matter what kind of 3D representation we are talking about, all the materials, models, and surfaces on it have different specifications. This means that they have different materials, colors, they interact differently with the light, and so on. All these specifics need to be considered and fine-tuned so that all the models are represented and act truthfully.

The lighting in a certain 3D representation needs to be adequate to avoid disrupting the balance of the whole work. It can be natural or artificial and for most 3D interior designs, it’s artificial because the representation is done to help people see how a certain space will look once it is finished.

No matter what the case may be, all the objects within the representation will be affected by the light and this is why it’s so important. This is why the depth, brightness, and shadows created by the light need to be adjusted properly so that they look natural. When this is done properly, the whole work will look realistic and more convincing.

In many different types of visual representations, and especially 3D interior design, it’s essential to place the cameras properly. After all, the main goal of interior design visualizations is for the future owner of a certain space to see how the whole place will look, suggest changes, express doubts etc.

At the same time, the engineer and the architect will also be able to consult and make adequate changes. Cameras allow viewers to see all the important details of a certain interior design and to immerse themselves in it like they were really there. This makes it easier to imagine what it will look like once it becomes a reality.

Rendering is a process in which 3D images are projected onto a surface which is 2D. The most common rendering software today are Maxwell Render, Corona Render, and V-Ray.

What is interior design?

The process of interior design involves creating the experience of a certain interior space by relying on surface treatment and spatial volume manipulation. A lot of people confuse interior design and interior decoration, but interior design relies on architecture, environmental psychology, as well as product design, unlike plain decoration.

Interior designers are professionals who design homes and offices and specialize in this field. This creative process includes analysis of programmatic information, working on refining the direction of the design, creating a conceptual direction, and producing construction and graphic communication documents.

In a lot of countries and jurisdictions, an interior designer needs to have a proper license for this practice.

This kind of balance was mostly used in traditional interiors. In this style, it is typical to find the same objects in similar positions located on both sides of a vertical. For example, you can always see older room designs where there are identical mirrors on both sides. This kind of balance is based on the human form and this is why it’s comfortable for people to live and spent time in this type of setting.

The asymmetrical approach is currently very popular. The balance with this method is achieved with different objects which have the same visual weight and affect the eye in a similar way. This kind of balance creates a more casual image, but it can be more difficult to create. With this kind of asymmetry, more movement is promoted within the space and this creates more lively interior designs.

With radial symmetry, the balance is achieved by arraying all important design elements around a certain center point that is previously determined. A simple example of a radial balance is spiral staircases where the staircases go in a circle around a center and never go further away from it.

However, this kind of balance doesn’t have a lot of applications in the interior because it is difficult to find the proper elements that can go along with it. However, when possible, it can give that uniqueness and edge to interior designs.

One of the biggest issues for 3D interior designers is continuous dullness. A space that is well-designed always must have at least one focal point, and if we are talking about a larger room, there need to be multiple focal points. This focal point needs to be dominant so that it can attract attention and spark interest within the viewer’s eye to look around it.

The effect of the focal point needs to be long-lasting and at the same time be a vital part of the whole decoration and highlighted through a theme, color, style or scale. Some of the simplest examples of a focal point are a flat TV or a fireplace, as they are large but fit into the design of the room itself.

If an interior design doesn’t come with a natural focal point that can be used for this purpose, the designer needs to create an artificial one. This is done by highlighting artwork, furniture, coloring a certain area, or adding contrast to it. One of the most important things to keep in mind when working on the focal point is to maintain balance so that it doesn’t take all the attention from the rest of the room.

Contrast is a very straightforward concept. It’s based on putting two different elements against each other. A simple example is a black and white chair, and it is one of the hallmark principles of design. It is also possible to create such opposites through contrast by adding different geometrical structures together, such as squares and circles.

It takes a lot of practice and experience for a designer to create perfect contrast that enlivens a certain room properly.  At the same time, other principles used shouldn’t destroy your contrast.

A transition is a principle that can be difficult to explain. With other principles, the point is to outline clear differences which are noticeable to the eye instantly. However, with the transition, the goal is to create a smooth flow where the eye of the viewer will be able to glide naturally throughout a whole area. A simple example of transition is when a certain design uses a mildly curved line so that it smoothly leads the eye in the right direction, which is typical for arched doorways.

Progression is a principle taken from music. It involves taking a base element and decreasing or increasing its qualities while preserving its foundation. There are obvious progressions, such as size gradation. For example, adding a cluster of glasses which gradually increase in size is a pure example of natural progression.

Repetition is the simplest principle. It involves using an exact same element multiple times within a certain space. In spite of the fact that it is simple, it is still effective. This principle is often used to create a symmetrical balance when there is an even number of the same elements within a room. Designers also repeat colors, lines, textures, patterns etc.

Colors have a major impact on how a certain room is defined and what kind of atmosphere it has. They affect our perception and emotions greatly and without its proper usage, it’s impossible to create a good interior design.

These principles go together as they are both about shape and size. The scale is focused on how objects are sized compared to each other, while proportion deals with the ratio of two elements or a single elements to the whole design.

We hope that this post has helped you understand 3D interior design and what it is about and maybe even motivate you to pursue this craft as your career.