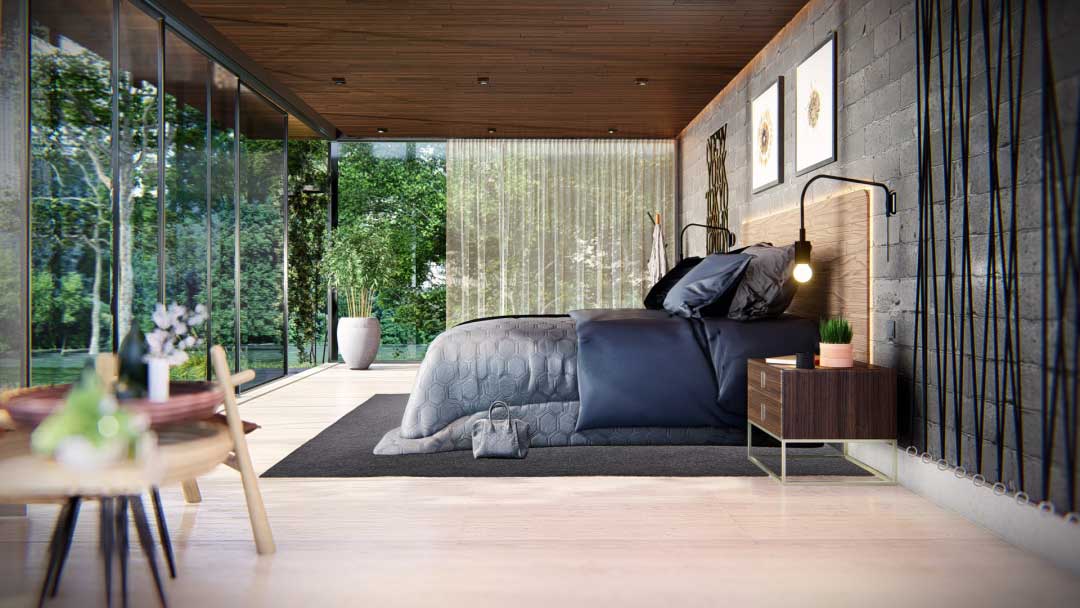 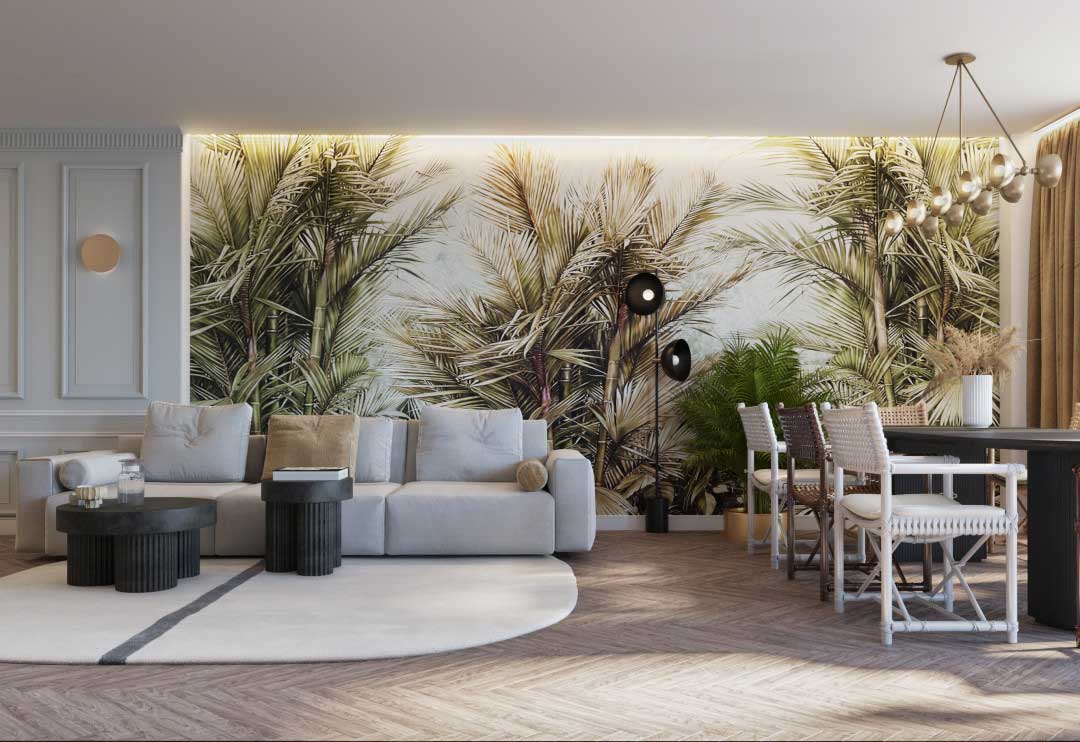 Interior Design Differences Between Europe and the United States

No matter if you live in the US or Europe, every time you watch a travel show or house-flipping show, you probably saw just how different homes look on these continents. One trip from the US to Europe, and you can immediately see the differences in home design.

Even though the United States was created by people who mostly migrated from Europe, the architecture style changed over the centuries, and today, most homes look nothing like they do in Europe.

That is only to be expected as architecture in Europe stayed true to its roots dating hundreds of years into the past, while the US had many different influences by migrants who came from all over the world. But what are the interior design differences between these two continents? Stay with us, and we'll tell you everything you need to know.

Home designs on these two continents almost have nothing in common. Everything is different, from their size, shape, to the materials used in their construction. Let's address that first. Everyone in the world knows that most American homes are made from lightweight materials like wood, plaster, and brick.

On the other hand, Europeans prefer heavy-duty materials that can withstand the test of time and last for hundreds of years. Their homes are usually made from stone and wood.

While Americans prefer shingle roofs, Europeans have either wooden roofs or those made from more rigid tiles.

The kitchens are completely different, as well. For example, American kitchens usually have tiled floors, while in Europe, the vast majority of homes have marble floors or those made from stone. Both continents share their passion for granite worktops in the kitchen and thick, wooden flooring in the rest of the house. The use of different materials can be explained with different needs and cultural elements.

Most materials used in Europe have been used traditionally for hundreds of years without mixing with other influences. However, as the United States kept expanding and accepting people from over the world, their influence has had a massive impact on how homes look and which materials they are made from.

Also, the materials used in home construction depend on the natural resources in the surrounding area, which is why there's such a big difference in style.

The size of the average property

The size of the property is one of the most significant differences between homes in Europe and the US. Generally speaking, Americans prefer bigger homes than Europeans. An average home in the US is 4,982 square feet, while an average home on the old continent is only 1,589 square feet.

American homes usually have multiple bedrooms, more than one bathroom, and a large yard. On the other hand, European homes typically have one or two bedrooms and only one bathroom.

There is a reason for that, however. First of all, many homeowners in Europe either inherited their properties, or they bought it from someone who did. Since Europe is known as the old continent, the size of many properties was set hundreds of years ago, so there's no changing it.

European cities are generally smaller in size, so they don't have a lot of room for big homes. Most Europeans prefer smaller homes because they are much more energy-efficient and more comfortable to maintain.

Americans, however, love everything big. They love it so much that the size of the average home keeps increasing steadily every year. Many owners want to expand their homes to meet the needs of new family members, while others think that the size of the home is a sign of wealth and luxury. Europeans focus on adding unique furniture and details to their homes rather than making them bigger.

When it comes to extensions built additionally, their style is also very different on these two continents. For example, US homeowners always tend to increase their living space with an extension that has the same style as the rest of the house.

Europeans, on the other hand, do things differently. Many families in Europe live in inherited homes that can be hundreds of years old. Many styles have changed during that period, so it's quite normal to build modern extensions on traditional homes. They don't have a problem combining modern and traditional designs, which led to some unique home designs you won't see on any other continent.

It's no surprise that European homes have better energy efficiency as they are much smaller than American homes. Most governments in Europe have laws about energy efficiency, and many of them are making the push to maximize insulation and efficiency.

Also, the materials used in their construction are often much better at keeping the warmth inside, while in the US, homeowners don't focus that much on energy efficiency.

In the US, most interiors are designed with wide-open spaces. Many homes feature high ceilings with galleries, making it much harder to keep everything warm and energy-efficient. The size of an average home in the US is almost three times bigger than in Europe, so it's only logical to need more energy during the winter months.

Also, when it comes to cooling in the summer, European homes are more efficient. Thick stone walls and styrofoam insulation on European homes make it easier to keep the cold air inside, again cutting down on the energy needed to keep the interior cool.

The European continent is closer to the Arctic Circle than the US. Most countries experience all four seasons, with hot summers and freezing winters. That's why homeowners in Europe have to think about using their energy as efficiently as possible.

Air conditioning is not the same as it is in the US. Many homes don't have air conditioning because they are made from thick concrete walls designed to keep the temperature stable all year round. It turns out that that isn't always the best choice as the changing climate often causes heat waves that lead to many deaths all over the continent.

Also, European homeowners are far more aware of the climate impact humans have on the planet, so many of them use solar energy to power their homes.

In the US, things are completely different. Instead of minimizing utility bills as Europeans do, most Americans don't care about green energy. That leads to much higher utility costs and lower energy efficiency. The sheer size of the homes in the US makes it impossible to think about energy efficiency, while in Europe, where homes are smaller and tighter, that's not the case.

The size of an average home also plays a significant role in the style of living. Just think about those tiny apartments and homes in Asia. One building or neighborhood is home to a vast number of people. European cities are not that crowded, but when compared to American cities, they are much more crowded.

That difference leads to a community lifestyle where everyone is close to one another. In the US, on the other hand, people prefer insular living. The same number of people live in a much larger area or in closed, gated communities that also promotes isolation.

To give you a better idea, 23% of American home buyers look for gated communities, while that percentage in Europe is only 5.5%. Cul-de-sacs homeowners in the US add up to 28% compared to Europe's 3%. In other words, the urban planning style is entirely different in the US, and it focuses on private properties rather than community living.

In Europe, cities and towns put more emphasis on community elements like green belts, parks, and other areas where people can talk to their neighbors and spend time together. In the US, most suburbs are made only from houses, so you have to drive everywhere, and the streets often look deserted, like there's no one living there.

The style of living is simply different, which impacts the way homes are built. In Europe, it's all about mingling with neighbors, while in the US, it's about enjoying privacy and the comfort of your own home with friends and family.

The number of bedrooms and bathrooms

Again, the size of the home determines the number of bedrooms and bathrooms it can accommodate. Since European homes are smaller, it's only logical that they don't have as many bathrooms and bedrooms as American homes.

Homeowners in the US think ahead, and they plan their homes so that every child has its room. They also usually have a spare bedroom for guests, sometimes even a spare guest home. With so many bedrooms, the need for bathrooms is also higher, which is why an average US home has three bathrooms.

Most people in Europe live in smaller homes with fewer bedrooms. The general rule is to have as many bedrooms as they need, usually not more than two bedrooms per home. Most children share rooms with siblings, and only some homes have a guest bedroom. Even if a home has four bedrooms, it's not uncommon that it has only one bathroom.

This shouldn't be surprising because of the different lifestyles between the two continents. Since American families prefer spending their time together indoors, it's a logical step to build multiple bathrooms. On the other hand, Europeans spend most of their time with the rest of their community, so they don't need as many bathrooms or bedrooms.

The way homes are planned on these two continents is perhaps the most significant difference of all. The US floor plan promotes open living spaces, while Europeans prefer to separate all rooms from one another.

Most homes on the old continent have a separate kitchen and dining room, while in the US, these two rooms are usually connected with an open-plan. Many US houses are entirely made to connect all rooms into one big living area, so it's not uncommon to see an interior that connects the kitchen, dining room, and living space into one big room with plenty of light.

That is because of the different lifestyles. Since Americans prefer to spend time indoors with their families, they can spend time together even if they are not in the same room. That way, parents can always keep an eye on their children, even if they are cooking a meal in the kitchen and the kids are playing in the living room.

While Europeans used to build their homes with rooms that are cut off from each other, most modern homes today share the floor plan with the homes in the US. The open-plan is becoming increasingly popular all over Europe, especially in the UK.

The interior design of homes in the US and Europe is very different because of the difference in living styles and influences. In Europe, homes are smaller, made from more robust materials, and the people living there spend more time interacting with neighbors and the rest of the community.

On the other hand, Americans prefer an isolated living style, so they build bigger houses and have much larger yards. Instead of spending all of their time with neighbors, Americans enjoy their privacy with family members and closest friends.

There's no doubt that both of these styles come with their benefits, but generally speaking, Europeans care more about energy-efficiency and using the small space they have. Americans like to build big, no matter if their living space is inefficient and expensive.