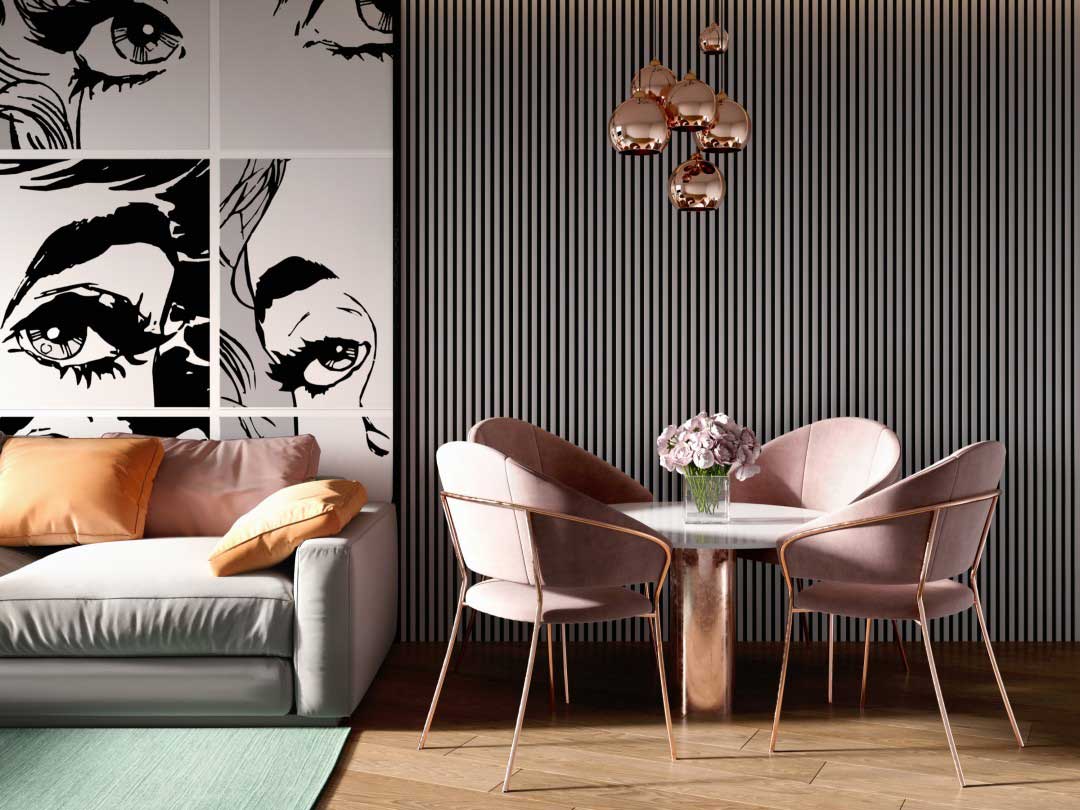 Art can be defined as anything made by humans that can influence the human senses and make the person experiencing it start appreciating, enjoying, or even emotionally reacting to it. It can take many shapes and forms, from auditory experiences, like music, to visual experiences, like painting or photography.

However, in modern times, new forms of art started emerging. Thus, architectural visualization – the process of creating 3D images or animations of structures and buildings – can also be considered an art form. In our guide, you will learn why it is an art form and how it affects people.

One of the many astounding artistic sides to architectural visualization is that it can portray something no one will be able to see again. Imagine the Roman Colosseum? Did you know how majestic it was in full scale?

Sure, you can visit its ruins in Rome nowadays, but you will never be able to visualize how it looked in Roman times. With architectural visualization, this won’t be a problem at all. All the designer needs to do to make a realistic representation is to be creative and:‍

2.    Visualizations communicate with the audience!

Most people are only aware that they are looking at art because they were told that it was art. However, how can they “know” that something is art and that something is not? After all, art is prone to subjectiveness!

People can perceive paintings as art, but not graffiti. Likewise, they can appreciate films, but not YouTube clips. In essence, it’s the same, but the perceptions of people can vary. For this reason, some things, like graffiti, are not considered art by most, but there are many who think of it as such.

That brings us to a fundamental question – are architectural visualizations art or not? In theory, they encompass everything that makes art, well, art – they have aesthetic beauty, they take longer to create, they can awe people, they can leave a lasting impression, and much more.

Since architectural visualization is, most commonly, done in 3D animation, you have to do it in certain programs. Most commonly, professionals and architectural students use AutoCAD to create 3D renderings of images since it allows a lot of customization. Even more, the artist/designer literally starts from scratch when it comes to creating anything in 3D.

They add dimensions, lines, elevation, and many more factors to make it seem as realistic as possible. Likewise, they can create completely custom designs, which they can later implement in practice. When all is taken into account, the visualizations need to be beautiful to be accepted.

As a general rule, the designers work for clients, and they create beautiful architectural pieces for them. The clients are then able to evaluate the final product. Once they are happy with how their future household or a building will look, the project can start getting realized.

The idea here is to allow the clients to see something before it actually exists in real life. To many, it’s one of the undeniably impressive forms of art – after all, such visualizations really look beautiful.

4.    The best 3D artists have more than just technical skills!

For someone to create a 3D object, especially when it comes to architecture, they need to possess a great deal of knowledge. For a person who has never attempted something similar, the most they could make at the start would be simple shapes or designs.

You need to invest a lot of time, practice, and effort into learning this. In fact, certain architecture students practice for years before creating anything similar to the desired result when it comes to architectural visualization.

Since learning architectural visualization/rendering alone can be challenging, there are many online guides about it. Even more, learning the basics might not be that difficult, but learning advanced possibilities is.

The designer will need to learn styles, methods, steps, and many more things before doing visual arts. Think of it as learning to play a complex instrument without any prior knowledge. Before you can master that instrument, you will need to practice every day and get better and better slowly but surely.

In the simplest terms, architectural visualization is the process of creating animations or 3D images of buildings that had once stood tall as wonders of the world or even new ones that are yet to be constructed.

That way, an artist (usually an architect) can create something impossible to see or experience in real life. In a way, they use art to render and create 3D images for everyone to see and experience before a major project. However, they are also able to:‍

Knowing how to properly create an architectural piece in a computer program takes a lot of skill, practice, and knowledge. Not only does the designer need to learn how the program works, but also to use it to its fullest extent.

In some instances, people who design architectural visualization are not mere artists but architects as well. Nevertheless, the final product is often considered art for many different reasons, mostly given the difficulty. Even more, as all good art, it is:‍

For these reasons, most people try to make all architectural visualization renderings a form of art. After all, art can take many forms, all of which are constantly developing, and visualization is the same.

3D renderings can be immersive!

In a way, people can both see and experience architectural visualization even before the project is completed. How so? Well, they can imagine how a certain construction would look in the future.

They can imagine themselves in one of the vast penthouse rooms in one of the best soon-to-be-made NYC buildings or even presidential suites. The imagination of truly creative people can lead to astonishing results. It’s just one of the perks that architectural visualization can have over anything similar.

For this reason, it builds up excitement and awe of the things that are not yet but will be soon. It’s so immersive that some people think of it as a type of digital time travel!

Another important factor in architectural visualization is that the clients and people who get to enjoy the art will be able to plan their projects and their lives more effectively. How many times have you been excited about renting an apartment only to be disappointed once you see it?

It can completely be avoided when it comes to architectural visualization. Both the investors and potential residents will be able to see something that is still not in construction. That way, they can give their feedback right away, and with a bit of back-and-forth with the architect, come to a vision that everyone is happy with.

Provided that the construction workers do a fantastic job, the building in question will be more majestic than it could ever be in the design. Nevertheless, you will still be able to form a solid opinion beforehand. That can greatly add to the immersion factor of architectural visualization.

All in all, architectural visualization is, in fact, art. There are many things that confirm it – the skill is incredibly difficult to master, there is an audience that needs to appreciate it, and the whole experience can be quite immersive. It can also inspire the people who enjoy visual arts and motivate them to evaluate, learn, and experience it even better.

They can immerse themselves in the art and see what the creator had in mind when working on the project. To us, there’s no better definition when it comes to art, and architectural visualization is definitely that.