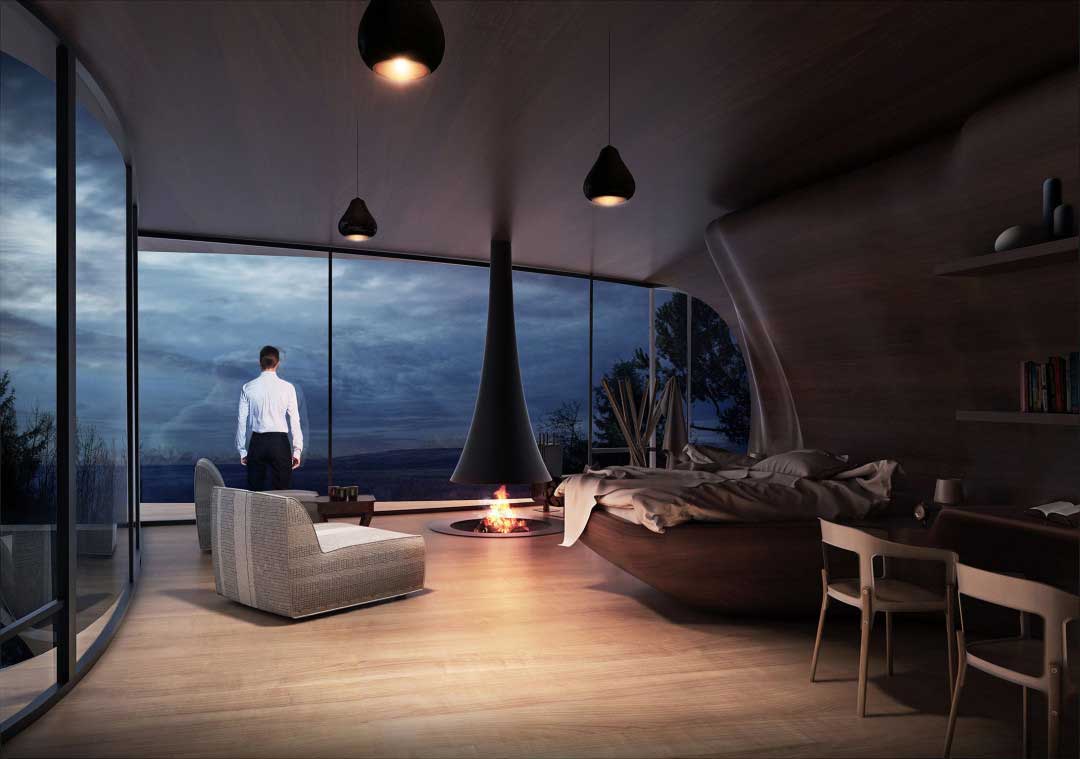 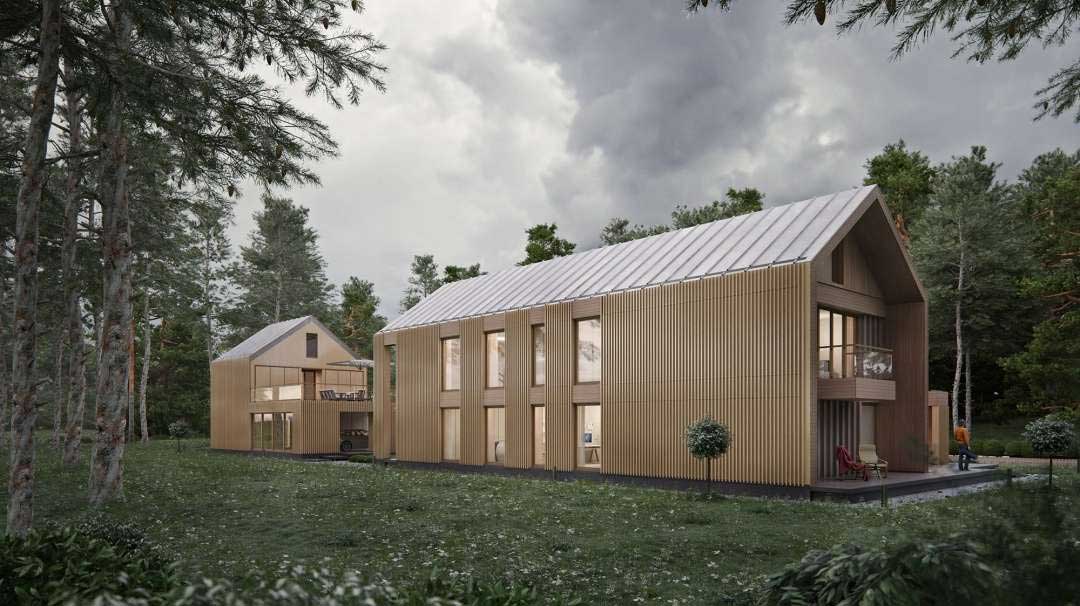 Well, thanks to the entrepreneurial leadership of Paul Allen, Bill Gates, Steve Jobs and Steve Wozniak and the creation of the computing industry, there have been profound changes in both the business and personal lives of people all over the world. Especially architects and designers. Computers are becoming faster and stronger, and many people believe that the rapid advancements in computer technology over the last 30 years has “breathed new life into the world of Architecture”. What is for certain, is that the digital age is here and it is being used by architects, designers and 3D artists to build better, more efficient, more visually stunning buildings.

3D Visualization or 3D visualisation is defined as “any technique for creating images or animations to communicate a message”. So it is not a surprise that 3D visualization through visual imagery has been an effective way to communicate ideas since the dawn of man, from cave paintings and Egyptian hieroglyphs to Leonardo da Vinci's technical drawings for engineering warcraft machines. What is surprising though, is the speed at which the advancements in 3D modeling and 3D rendering technology is happening and how this is affecting the buildings we build and live in.

3D artists today are getting so good at their craft that they are able to produce realistic 3d renderings of buildings, giving clients an accurate 3D visualisation of the proposed design. These proposed architectural visualizations can represent anything the client desires from the scale, textures, interior furnishings etc and are often represented together with “architectural scenes” where everyday actions are being carried out.

Throughout history we have seen many architectural scenes. It is reported in Giovanni Battista Piranesi’s biography that he entered into a “malarial fever as he etched the ruins of Rome in the field” (McGrath et al, 2016). This is probably something a number of overworked architects and designers can relate too, however, his accomplishments are a remarkable milestone not only in the technical evolution of drawing, but as representations of the architectural scene. In many of his sketches he captured a diverse range of activities and people, which populated the scenes and spaces he represented – just like we would today in our 3D architectural visualizations for new developments.

Why do people use 3D rendering and architectural visualization?

Architecture and the design of the urban environment involves a multitude of stakeholders: engineers, architects, planners and non-specialists. All of which view the process from different perspectives, with different objectives, needs and wants in mind. This obviously has many challenges, however, for any architectural project to be a success it requires a “shared understanding” to be reached between all of the parties involved... Luckily 3D rendering and architectural visualizations techniques can help with this.

Using powerful 3D rendering software architects, designers and 3D artists can manipulate designs in real time, quickly transitioning between concept and concrete and exploring different options, as well as, making refinements and creating multiple versions of the designs. SketchUp, Rhino, VRay, Maxwell, Mental Ray and AutoCAD are just a few of the powerful 3D modelling and rendering softwares, empowering design and dazzling clients today. Furthermore by giving architects and designers the tools to visualize and immerse themselves in the their designs, they are able to gain a much clearer understanding of both the “qualitative and quantitative nature” of the spaces they are designing.

So in summary 3D rendering and architectural visualization can help architects and designers work collaboratively and communicate ideas more efficiently. 3D visualization can be used as a marketing tool with clients or for planning consultations with planners, and at the same time can be used to improve the way buildings are developed by design teams. So why isn't everyone using them?

So is 3D rendering and architectural visualization the future?

Well to answer this question we asked architects and designers on LinkedIn whether they thought “3D rendering and architectural visualization was the future of architectural design” and here are some of the comments we received:

“It's not the future, it's the present.”

“I think the digital age has brought more tools to the table, so to speak. Architects where drawing and building models for ages.... we still do, but now we are able to use computers to draw and make 3D models (even print 3D models). That being said I fear that more traditional skills are being lost and care should be taken to keeps those skills sharp. Tablet drawings are great but nothing says lunch meeting like a 'napkin sketch'”

“3D visualization and video is the new way to go in terms of architectural presentations. Our Clients are requesting this service and we are happy to provide them.”

“I have been an Architect and Industrial Designer for over 40 years. Today's 3D visualization software is a god send for means my practice.”

“Visualization has always been a part of architect's work. If an architect does not visualize, then perhaps needs someone who does. The software that can help an architect to visualize, in reality is helping to see better.”

“Today I work only with BIM (Revit Architecture) and I render realistic views. In some cases I still do hand drawn perspectives, but I think Revit presentation is much more complete to understand the idea that leads the project.”

“I think that in the future 3D visualization will not just be a tool to design or to represents something that we are designing. I think that 3D designs will become the final object itself.

In the future you will live, work and relate with other people in a virtual space. That means that architects (virtual architects) and architecture should be rethinking and redesign for this new kind of virtual world.”

“I've created hundreds of 3D Visualizations for Residential & Commercial builders and I believe many of those projects underwent structural changes/ improvements as a direct result of having viewed the 3D images!”

“The value of 3D Visualization cannot be understated enough”.

“In the end your clients will always have a much better understanding on what they are spending their money on.”

“No, it's the present! Practices that don't embrace are already behind the leading pack.”

“VR and AR is the future, visualization is nothing compared to 3D immersion. You only have to look at products like oculus rift, Google cardboard, Samsung VR and microsoft's hololens to see what communication products are in store.”

“3D is the present...augmented reality is the future or architectural conception. We are currently between both with simple VR tool or game engine where you can actually experience a space in a much better way than 3D animation. AR is king”

“I certainly hope it is the future or I'll be out of a job!”

Where does the future lead?

So there you have it - straight from the horse's mouth!

Many opinions falling towards the flawless architectural rendering and 3D rendering images we see today being the present and that in the future we will move more into the realm of Virtual Reality. Virtual Reality or VR, which not long ago was considered “science fiction” looks to be the next big thing. Not only for architects and designers, but for everyone...

Architects and designers will be able to fully construct 3D representations of their work and use VR to put their clients “into” the experience. We have had the ability to do this for quite some time now, but to actually put on a headset and let your senses experience the sounds and spaces, will give viewers a completely different experience. A “real” experience. Some might call VR a game changer. And the scary thing is that it could be very soon…

Having said that, 3D rendering and architectural visualization is a magical art and whichever side of that coin you might fall on, there is no arguing the historic impact computer technology has had and will continue to have on design and architecture. We cannot pretend to imagine what is possible in the next 10 or 20 years if we continue on our current path of discovery... What is for certain is that as we progress, architectural rendering, 3D rendering and VR trajectories will be closely linked in the design industry.

This is the future. So you better get ready...