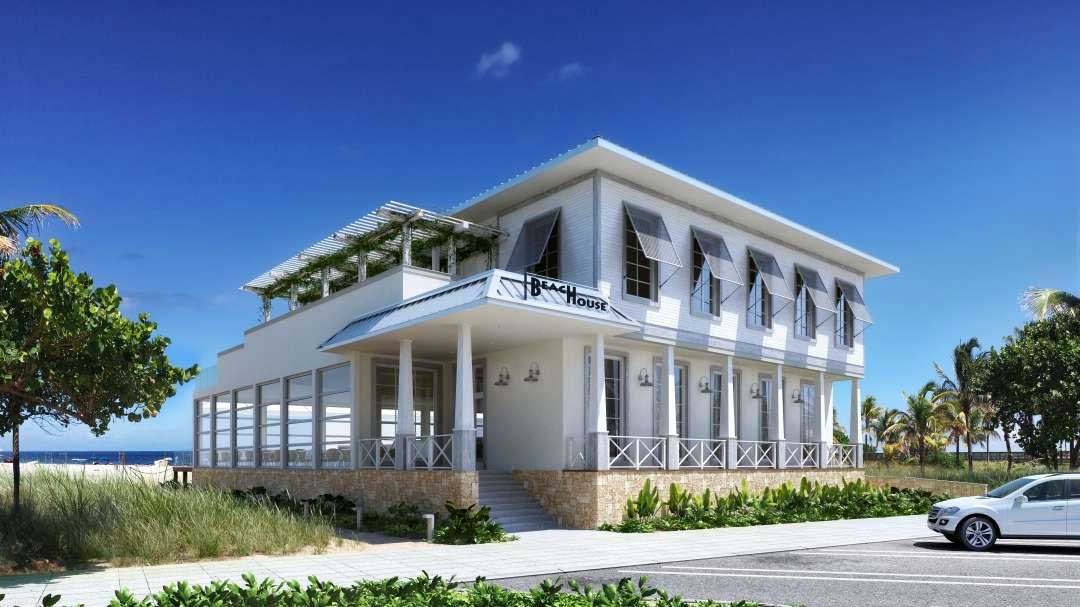 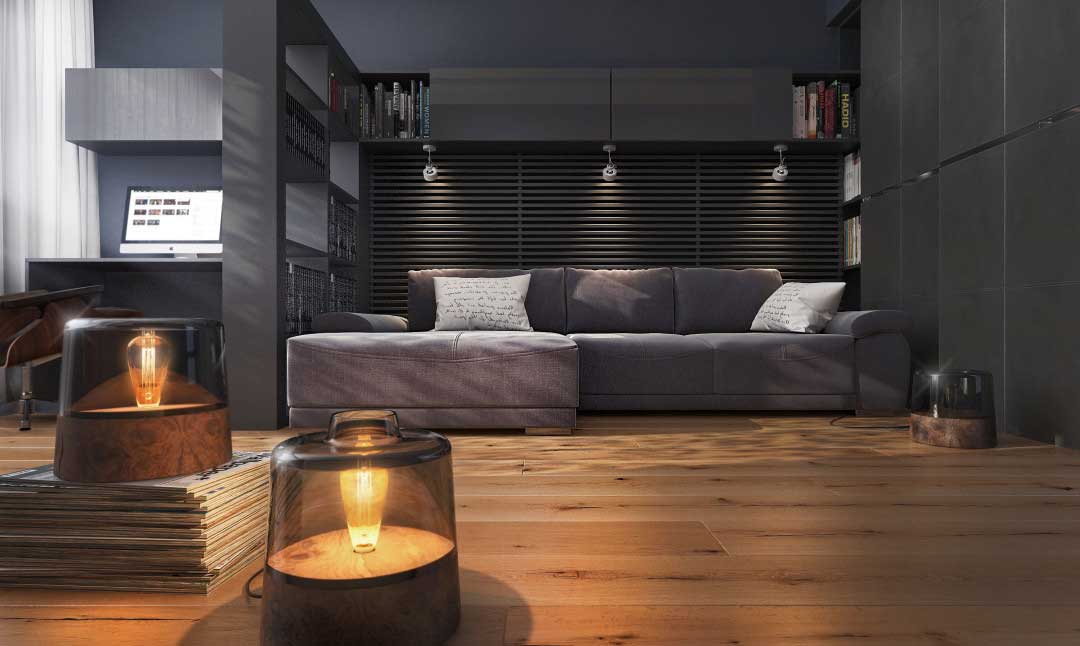 As the leading spot on the Earth when it comes to architecture, Qatar’s capital Doha, a metropolitan city that stands on the ground and, at the same time, touches the clouds, leaves a great first impression.

The dream of many architects is to visit Qatar, get to know their culture, and if lucky enough, to stay there for a while and design another symbol of Doha – the world’s highest skyscraper. That leads us to the following question: “Why does this market keep growing?”

We can freely say that bit by bit, multiple factors have blended, resulting in the perfect place for architectural development. Here are some circumstances that have influenced the current situation in Qatar. Let's talk about their economy, real estate, tourism, tradition, as well as other industries and things that are transforming Doha, Qatar, and the entire Middle East.

Qatar is rich in gas, but furthermore, over the past decade, their wealth resulted in notable growth in urban development, as well as the most advanced architecture in the Middle East and wider.

All the wealth generated by gas, the fastest growing industry in Qatar, resulted in numerous architectural masterpieces and significant urban development.

“Our way is to go back to the roots and develop something that has an identity in the place where it is being built, using sustainable elements, so you minimize the impact on the environment.”

Said CEO of Msheireb Properties, Issa Al Mohannadi, and then he explained that they're trying to develop a unique identity through an architectural language.

Moreover, each building in Qatar is designed considering modern technologies and elements. That way, they're able to thrive in all industries and across all verticals. Even the buildings with the cutting edge technology have traditional elements, resulting in a unique design that people actually want to visit and see. The mutual connection between various industries is what makes Qatar one of the best locations around the world when it comes to architectural development and urban planning of modern cities.

The combination of their advanced economy that keeps growing, the new draft law, and ease of visa policies supported by the government, gave the investors from all around the world a chance to invest in Qatar's architecture and urban development.

Moreover, experts in architecture, engineering, and architectural visualization also have the opportunity to work for the fastest growing market in the world.

The Minister of Economy and Commerce said: “The new draft will support the entry of foreign investors to the Qatari market through offering several incentives, most importantly the allocation of land for non-Qatari investors to set up investment projects, in addition to the possibility of exemption from taxes and customs duties and the free transfer of investments inside and outside the country.”

The current situation will boost the architecture industry in Qatar even more in the following years. If your goal is to join and collaborate with the world's best architects on projects based in Qatar, you have a chance to achieve your dream today.

When it comes to hospitality, an industry closely related to architecture, Qatar is also leading the market. Back in 2010, Qatar had 66 hotels, and eight years later, in 2018, that number is above 120. More importantly, about 70% of hotels in Qatar have 4 or 5 stars.

Their investment in architecture and real estate, as well as tourism, brought them significant earnings. It's estimated that Qatar's hospitality market, will grow to 12.1 % in the period from 2017 to 2022, which will bring them $1.4 billion.

Furthermore, the fact that the highest number of hotels offer luxurious facilities, the demand for futuristic rendering and architectural visualization is also expanding in Qatar. This constantly transforming location has a significant demand for hospitality facilities and its only logical that the architecture industry will grow to accommodate this demand.

Real estate agents, as well as architects and experts in architectural visualization and rendering, can now utilize the cutting-edge technology to present Qatar's best interior designs.

Using visualization tools and software solutions such as VR goggles, augmented reality or mixed reality apps, or even using gadgets to create holographic visualizations, you can present your Qatar-based clients with a design of unique interiors with artificial ecosystems included.

If you focus on high-tech architecture and innovative design, Qatar is the perfect market for your projects.

4. The Construction of New Buildings for the Opening of the FIFA World Cup 2022

Al Wakrah Stadium by Zaha Hadid Architects – Queen of the curve, Zaha Hadid has designed the stadium in the town of Al Wakrah; one of the eight venues for such a significant football tournament in 2022. This stunning architectural wonder has a seating capacity of 40,000.

Lusail Stadium by Manica Architecture and Foster – Located 15 kilometers from Doha, Lusail Stadium will host 86,000 visitors of the opening and closing ceremonies.

Ras Abu Aboud by Fenwick Iribarren Architects – Constructed from recycled construction containers, Ras Abu Aboud Stadium is situated on 450,000 square meters. After the tournament, the entire construction will be disassembled and transported to another location.

Al Thumama by Ibrahim Jaidah – With the capacity of 40,000 seats, the construction of Al Thumama Stadium is inspired by a traditional Muslim man's cap.

Al Rayyan by AECOM, Ramboll, and Pattern Design – Another stadium designed to host 40,000 people, with a facade inspired by Qatar's topography, will optimize the energy consumption, utilizing energy produced by solar panels.

As you can notice, the world's greatest architects and studios have participated in the construction of futuristic stadiums in Qatar.

The state-of-the-art technology, engineering miracles, and lots of innovations are about to happen in Qatar, resulting in the growth of the architectural visualization industry. Once again, Qatar and its capital Doha are the hottest spots when it comes to architecture.

Advanced cities around the world are introducing the cutting edge technology into their infrastructure. One of the smartest and commonly used solutions are sensors for driverless cars that provide citizens with real-time information about the weather forecast, traffic condition, air quality, and other similar parameters. Doha is on the verge of becoming a smart city.

The entire Middle East, together with Qatar and its capital Doha, have the potential to introduce such solutions. Some of the latest ongoing projects in Qatar have adopted ICT.

Smart cities require smart visualization – experts in architectural visualization familiar with the latest technology will become part of history when it comes to futuristic architecture and urban planning.

6. Qatar's Sustainable Architecture – Add Some Greenery to Your Renders

The climate in the Middle East, including Qatar, is kind of challenging when it comes to sustainable architecture. Ecologically efficient architecture has become the priority worldwide, and the situation with Qatar isn't any different. To cut costs, improve living conditions, and save the environment, they're introducing various eco-friendly systems.

High temperatures lead to the lack of greenery, and that's the point where sustainable architecture and 3D visualization kick in!

Photorealistic visualization of projects designed for such environments can help investors get a feel for the space before any work begins at the construction site. Accurate renders with greenery and ecological systems included are game changers in this area.

Using the cutting edge visualization technology such as VR equipment, Qatar-based investors can imagine a building filled with parks, greenery, and artificial bodies of water.

Hyper-realistic walkthroughs and 360⁰ 3D models are the only way to demonstrate your eco-friendly buildings to your clients – they'll be able to experience the various aspects of your design firsthand.

Qatar's tradition and historical significance imply the preservation of traditional architectural elements. However, modern technologies applicable in architecture appear like a great opportunity for the enhancement of public spaces, as well as private properties.

“As architects and planners, we need to reconnect to the site, to place, to history, to knowledge — but also reconnect people to people, and people with buildings, all with modern techniques and advances,” said Andy Cohen, Co-CEO of Gensler, and we agree.

As long as Qatar continues to develop and grow, architectural visualization will be the fastest growing industry.

As the center of architecture and architectural visualization, Qatar, and especially Doha, will continue to develop in the following years. As we mentioned, lots of promising factors have been combined, making this country suitable for growth in architecture and urban design.

Their wealth is just the initial point that allowed the development of Qatar in this direction. All industries, including real estate, tourism, and information technologies are also helping architecture to grow and develop in the Middle East.

We can freely say that the market of architectural visualization and architecture in general, will keep growing. The entire country of Qatar already appears like a mega city from the future, and for now, we can only wonder what will happen in the following years.

What do you think about the advanced architecture of Qatar and its capital, Doha? Let us know in the comments!