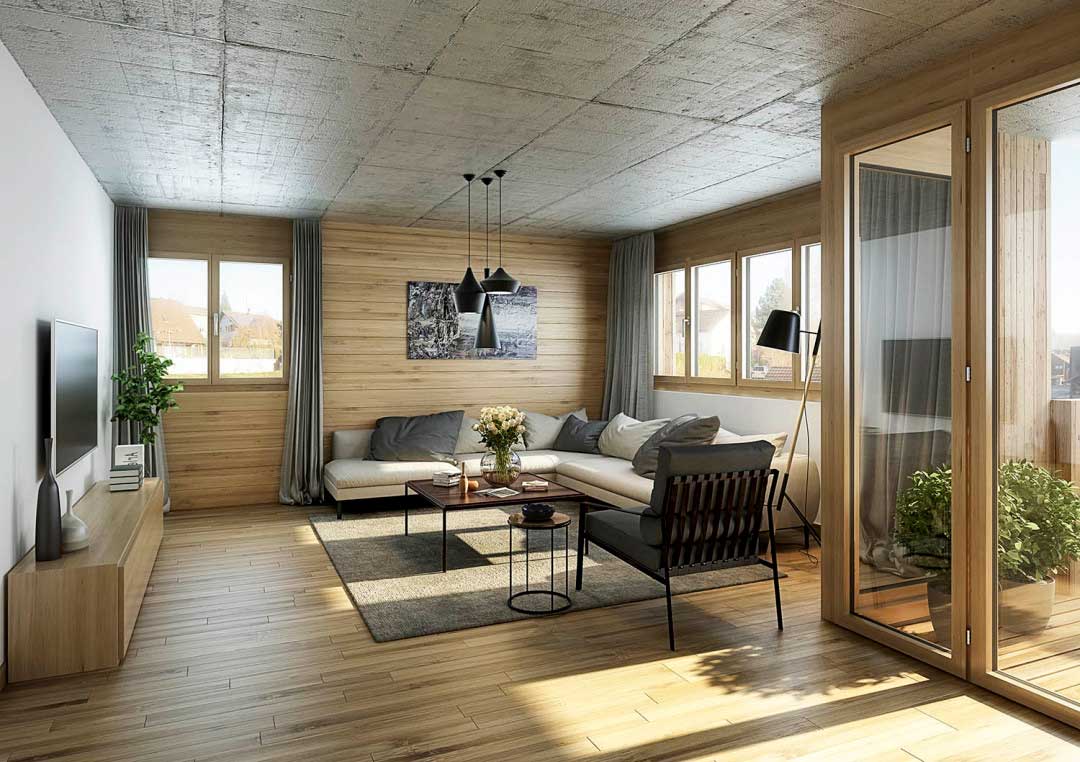 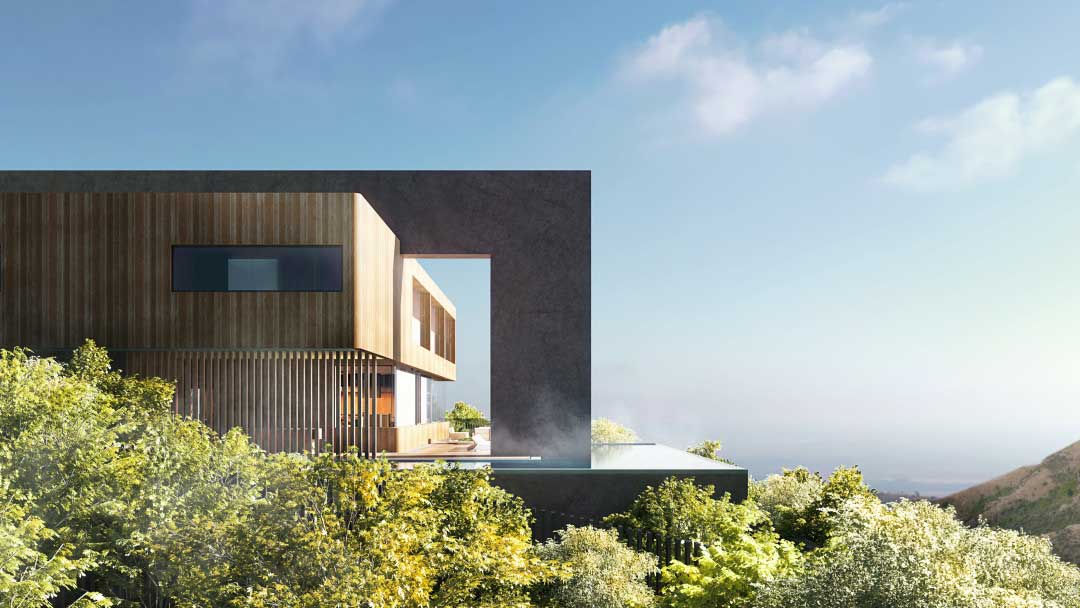 Architectural Visualization: A Market that Is Going to Continue to Grow

3D rendering used to be limited to photography and gaming industries until things changed rapidly. The moment industries such as construction, engineering, and architecture realized they could greatly benefit from using 3D technology, architectural visualization went through a rebirth.

These three industries formed one of the largest marketplaces in the world, the AEC industry, and the AEC industry gave birth to architectural visualization, or better yet, the form of it that we all know today.

The evolution and growth of architectural visualization are also driven by increased adoption among the biggest industries that realized what a great marketing tool it can be. Everything is marketing today, and so much depends on the organization's ability to market its products properly.

However, businesses face a huge challenge when it comes to advertising hardware products as they fail at communicating the differentiators, functionality, and value of hardware to their target audiences.

It has become a real problem, especially for smaller companies and startups that are forced to operate on limited budgets.

The solution to their struggles was to start using architectural visualization to create enhanced product visuals that spoke volumes in terms of value propositions and physical features of the products.

It led to increased adoption of architectural visualization among organizations within a wide range of industries.

Architecture visualization from 2010 to 2020

2010 was the year of advances in photorealism, AI, data, and computing. This technological revolution took architectural visualization to a whole new level. With an increased computational power came the development of the most advanced 3D modeling software tools and more integrated architectural design.

Major architectural firms started using the most advanced 3D rendering and modeling tools to create stunning photorealistic visualizations of their projects. Businesses across a wide range of industries realized the importance of architectural visualization, and the demand went sky high once again.

The period from 2010 to 2020 was quite a lively and turbulent one. The world was still getting used to the stunning visuals that we're able to communicate entire project ideas very clearly and in a comprehensive way.

2018 also saw the market dominated by 3D rendering, holding over 75% of the market share. Now, despite the fact that a lot of things had been going on over a period of 10 years, 2020 is the year where things really took a turn for the better.

We're talking about constant improvement, evolution, progress, and advancement of products, services, etc. Everything related to architectural visualization, 3D modeling, and rendering has become the main focus of the entire AEC industry.

Architecture visualization from 2020 to 2025

It has long surpassed its sole origin and industry and became an irreplaceable tool of communication, marketing, and so on. In fact, every industry today has its own intention when it comes to using architectural visualization to achieve business, industry, and market goals.

Since so much depends on computation, it will completely revolutionize the way we interact, build, visualize, represent, design, conceptualize, and conceive everything architectural.

These modern and incredible technologies will take architecture and all other industries to a whole new level, allowing us to create innovative and intuitive solutions to challenges we face daily.

Architectural visualization used to be related to specific industries, but that's not the case anymore. Today's market for 3D rendering and visualization includes:

The global state of the market

Currently, the most vital driving factors of the market are the demand for cost-efficient and innovative technological platforms, user-friendly interfaces, quick and affordable turnaround, 3D viewing in HD, and real-time marketing.

Because of these facts, architectural visualization services have become an irreplaceable way to deliver the most immersive user experience and leave potential customers in awe.

When it comes to construction, engineering, and architecture, there's no better way to showcase entire buildings, structures, and objects, along with their surrounding neighborhoods, than by using architectural visualization to simulate entire urban projects.

Clients get to experience their project ideas in real-time and make an educated decision before deciding to invest. All three industries benefit from advanced architectural visualization so much that the demand for 3D rendering, modeling, and visualization has never been higher. It's only logical to conclude that it's expected to go up over the next few years.

It led to a huge increase over time. With more and more companies adopting the most advanced technological solutions for building information modeling, aerial photography, and project management, architects and designers can now visualize architectural drawings, plans, and ideas, much quicker and with ease.

The rapid growth of entertainment and media industries in the US also contributed to the spreading of architectural visualization all over the country, and marketing revenue.

The more an industry follows the latest trends, the more it's able to understand the importance of having the right support tools that are necessary to handle multiple projects successfully. By the year 2025, the US is expected to hold the largest share of the worldwide market.

Both 3D rendering and architectural visualization will continue to increase the accuracy of organizational processes to enhance the products.

The increase in the adoption of advanced technologies, such as project management platforms, will ensure that the US stays at the top of the global market.

When compared to North America, Europe is also making huge progress in the area of architectural visualization. By the year 2025, the European market is expected to achieve growth at the CAGR of 22.7%.

Europe also owns over 30% share in the 3D rendering market, but much of its performance depends on the European Commission. The more this institution keeps supporting 3D technology, the more its automotive manufacturing sector continues to grow.

At the moment, Europe is working around the clock on finding the best solution for durable sources that should ensure economic growth.

Since modern architectural visualization drives each market toward emerging megatrends, the European regulatory bodies have recognized this amazing 3D technology as one of the main driving factors of industrial rejuvenation that is meant to usher a new era of prosperity across the region.

Just China and India are simply too big to ignore. Each with a billion population, this is the fastest-growing internet market on the planet. The more technology advances, the more this market continues to grow. Still, the APAC is an emerging economy, which is why it still has a long way to go.

The impact of COVID19

The outbreak of coronavirus is still holding the world in fever, directly impacting every sphere of our daily lives, including the AEC industry. While it's true that architecture can't save the world, the industry resumes, slowly but surely.

The first thing expected is a great change in the way this industry takes on the built environment. The COVID-19 crisis locked the whole world down, forcing millions of people to stay indoors. This practice led to developing new views, ideas, and expertise that is to address global crises, like this one, more efficiently.

The goal is to integrate notions of agriculture, biophilia, environmental psychology, transportation, mobility, personal and public health, into a shared worldwide collaborative take on overcoming challenges such as the COVID-19 crisis.

Future projects call for emergency and crisis architectures, the latest terms that will start attracting a lot of attention to the world's leading architectural visualization studios.

The mitigation of natural incidents, diseases, catastrophes, etc., is going to become a new standard in the industry, along with sustainability, self-sufficiency, and adaptive reuse approach.

With architectural visualization becoming a vital part of leaving your clients in awe and attracting investors, 3D artists are fully empowered to create the most photorealistic visualizations of buildings that are yet to be built.

On the other hand, developers use these visualizations to sell their ideas while designers use them to bring their designs to life. All of them face the challenge of presenting a realistic design, mainly because many artists make common mistakes daily.

Their designs are either too simplistic or futuristic. Artists who are required to work on deadlines are usually using the same figures and people for their architectural visualization, but recycling only takes away from the quality.

However, the biggest issues ahead are in emerging economies such as APAC and Latin America. These markets still don't have the supporting technologies and equipment to function properly.

Lack of such infrastructure, as well as technical experts, is one of the main reasons why architectural visualization is used across a limited number of businesses in certain regions.

And the lack of proper supporting 3D technology only leads to an increased cost of 3D solutions. These issues and the lack of adaptability of existing infrastructure to the latest advanced technological solutions, are yet to be solved.

The entire future of modern architecture and the architectural visualization market depends on the most innovative technological developments. They are beneficial to all parties involved in the market.

Still, the lack of infrastructure in 3D technology may hold back the progress. The US market is expected to grow, closely followed by Europe and Asia. Since the world has become aware of how architectural visualization can be used as a key marketing tool, future developments in this area are expected to be quite interesting.

How 3D Artists Build a Professional Portfolio
3D Rendering and the Interior Design Process
Rendering Software Options That Architects Rely on for Great Results
Tips I Wish I'd Known Before Remodeling My Kitchen
The Best Ways To Utilize Outsourced 3D Rendering Work
Sheikh Rashid Al Khalifa - A Futuristic 3D Artist With a Stunning Career
Where to Seek Inspiration for 3D Interior Design Ideas
Influences of technology on architecture and design
Interior Design and Minimalism: A Full Guide to Creating This Aesthetic
Awesome Mobile Apps Designers & Architects Can Have Fun With
What is Prefabrication and How Does it Fit in With Modern Architecture
The Anatomy of a 3D Building Rendering
Pros & Cons of Hiring a Freelancer vs. 3D Interior Design Company
The most popular rendering software used by architects and designers
New Classical Architecture: Classicism Invades the Contemporary Approach
How Architectural Rendering Changes the Way a Project is Promoted and Marketed
© 2014-2020 Easy Render GmbH
Contact
Terms
Privacy
Cookies