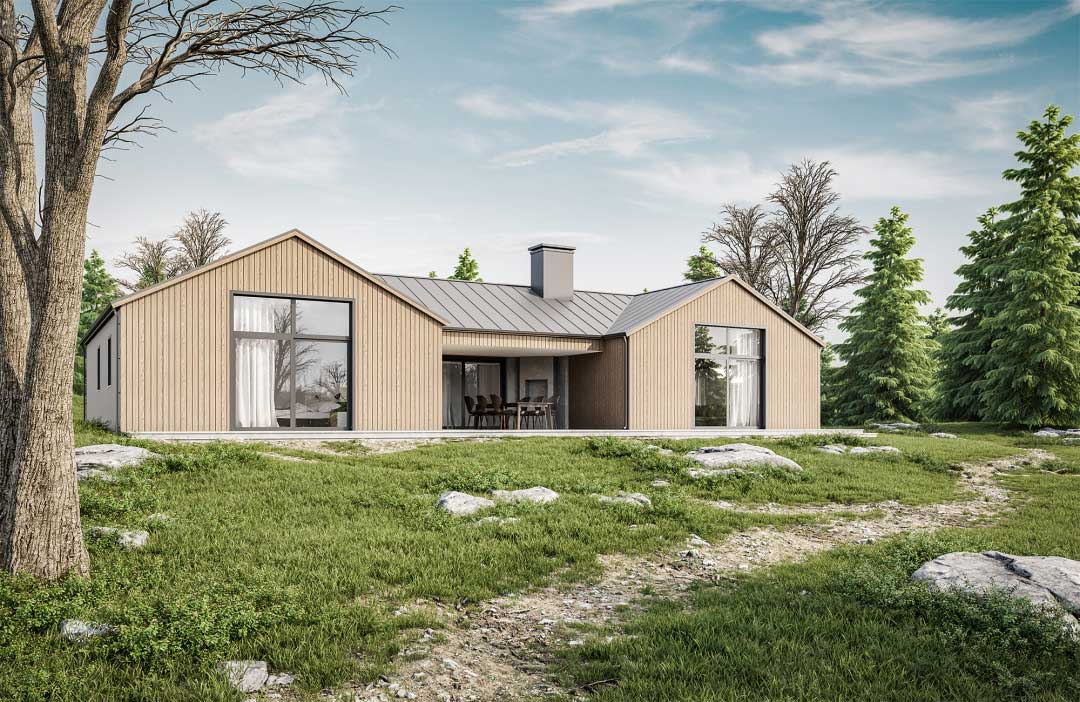 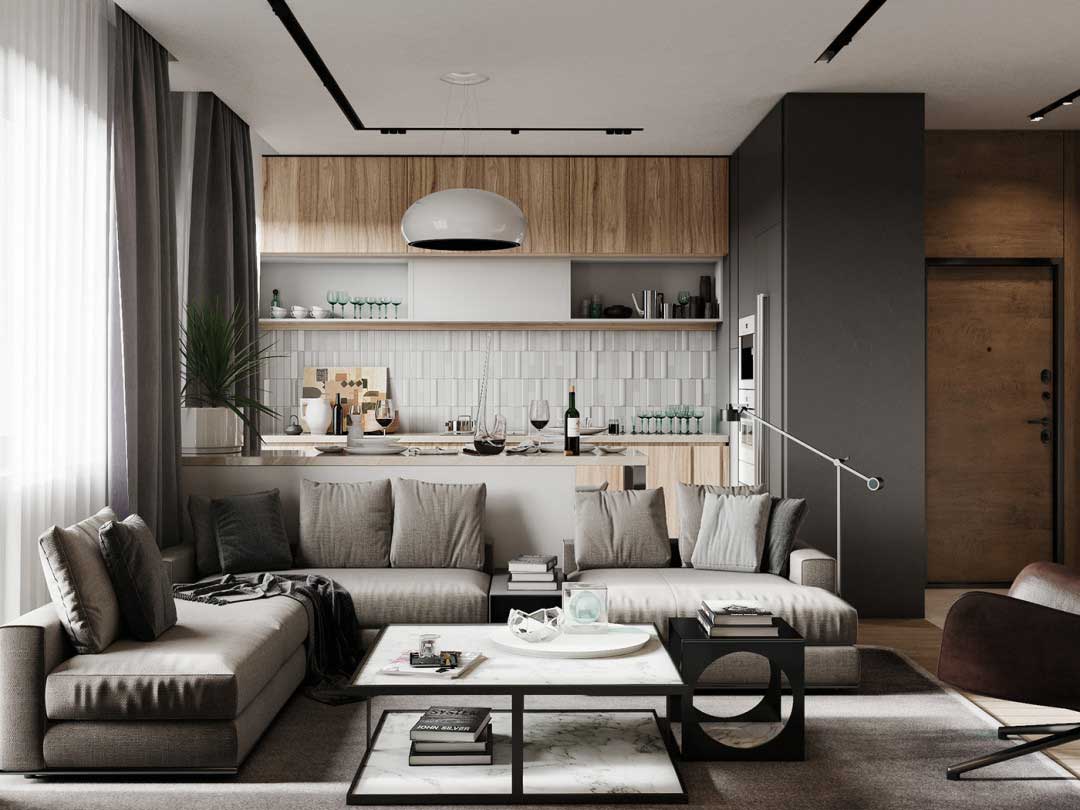 Before the invention of CAD programs, we could only imagine a product or housing project based on a scale model built out of simple materials. Even then, a model like that took a lot of effort to complete, and it often involved engineers who could have used that time to perfect their design.

Nowadays, computer technology is at its highest levels, and 3D rendering software has made conventional models almost forgotten. Hiring a specialist to transfer your blueprints into a live visual presentation is the best thing you can do for your business.

Now, architectural visualization found its way into some other business branches and helped them evolve into efficient money making giants, and the film industry is one of the best examples.

We’ll talk about these examples and pick the best ones where architectural visualization made a considerable impact.

Visualization Isn’t Limited To One Industry!

As we mentioned above, visualization is not limited to one branch of business. Besides architecture, you can see many other industries using 3D renders for visualization of their final products. Here are some of the most significant sectors that implemented this technology successfully.

Probably the best example of this is the automotive industry. Since the invention of 3D rendering software, building the car has never been the same. Making a model in the program allows you to have multiple approaches from several angles.

Now, car designers can inspect their models and make adjustments until their masterpiece is done the way they want. That reduced the considerable cost and labour hours by avoiding building a 1:1 model out of raw materials.

Another excellent example of where visualization tools made a huge difference is in the landscape design business. Companies specialized in this kind of service can now use software to create and present a plan to their clients.

Besides pictures, they can make a 3D video tour, which will take their client on a nice walk through their project before the start. The effects created in the tour will often result in a positive reaction from the client and mean a lot for some of them whose imagination is limited in seeing what the company has in their vision.

In addition to the ideas of the landscape company, the client can make additions that will fit his taste and vision.

3D rendering specialists will play a vital role in the client’s satisfaction and the company’s success. That’s the reason why more and more companies are approaching 3D specialists intending to create a successful business model.

These are only some examples of how visualization brought a positive change in how things are done. However, we would like to talk about the industry that got a complete overhaul by implementing architectural visualization techniques.

Architectural Visualization Can Be Used in Movies

Movie producers can now put into motion some of the craziest ideas imagined. 3D rendering has unlimited options in creating the most original or even bizarre ideas. Props teams could take a breather by not dealing with the movie’s architectural aspect and could focus on making just the movie props.

This is where architectural visualization specialists come into the equation and create some of the most beautiful designs that will awe the audience. What could be only done by the hard-working hands of the props team can now be done with a group of experts in this field using advanced software.

Don’t get us wrong; creating a 3D render is not an easy task. It also requires long working hours. Nevertheless, in the end, the final product is worth the effort, and all the hours invested in such a project would not go to waste.

A long time ago, when books were the only way a person could enjoy a good story, imagination was the only way to visualize the characters and the surroundings. Each reader had his own interpretation of how everything in the story should look like.

Fantasizing while reading was pretty much the only way we could live through the story. Movies changed that. For all those out there that lack imagination, they brought a different perspective along with the storyline.

Architectural visualization gave movies a new way of presenting how the writer perceives the surroundings. Recreating some of the historical places was not an easy task in the past, but with 3D rendering technology, this task is much easier to accomplish.

Movies can ever recreate whole cities using this technology. Some of the most valuable monuments or buildings that didn’t withstand the test of time got a new life in the virtual world, and many can now imagine how it all looked back in the days. It’s not only entertaining but also plays an educational role with the young generations.

So, without further ado, here are our top picks of movies where this technology made a huge difference and made them even better.

This franchise, created by George Lucas, didn’t start in the digital era. At first, they used old ways to create the environment of this Sci-Fi story. Newer releases in the franchise use architectural visualization technology for visual effects that go beyond our imagination.

The success of Star Wars got a new life with the use of the new-age 3D rendering technology and also got new younger fans because of that. Youngsters might look at the old titles and think they’re simple, but the new releases are more than pleasing for their taste.

A movie made by James Cameron back in 2009 was the first movie that used this high-end technology at its full potential. The hype was huge because of the audience’s expectations while watching the trailers in awe.

Visualization technology helped create some of the stunning scenes and an entirely new world for the audience. The movie’s plot referred to some of the biggest issues the world is coping with today, and some might say it was ahead of its time.

Multiple awards tell us a lot about the movie’s success, and the sequel is in the making.

Lord of the Rings

This is one of the best stories ever written in a book recreated on a movie screen. There’s not only one movie, but three titles with an epic tale. Made almost 20 years ago, it’s still loved and remembered to this day. Architecture visualization technology recreated some of the epic structures described in a book by the English author J. R. R. Tolkien.

Director Peter Jackson did everything right and created the best visualization of what the world in this tale should look like. Multiple Oscar awards are testimony about this movie franchise’s greatness that can compete even with movies made by today’s standards.

The Grand Budapest Hotel was first released in 2014, and it’s directed by Wes Anderson. The movie, in a way, mocks historical facts but from a very entertaining angle. Visualization tools are the reason why the creators made the architecture of the hotel, surrounded by a beautiful landscape, so intriguing.

Many critics labelled this movie as one of the best of this century because of the entertaining moments that start at the beginning of the movie and go until the end. The look of the hotel from the inside and out still draws attention and is a result of the hard work of 3D rendering specialists.

Any movie made in the early 2000s starring Will Smith had tremendous success. It’s no wonder that this title had the same fate as well. A good Sci-Fi story created in 2004 takes us to the future and talks about the issue we might face when AI becomes a reality.

Rendering software is the tool used to create a stunning depiction of how the future might look like. Keep in mind that, even though 2004 was a long time ago, the movie effects made it look like it’s from like a month ago.

Will Smith was at the peak of his career, and that helped the success of the movie with a stunning performance.

A movie created by Christopher Nolan is one of those that you have to watch two times at least. Not only is it a great one, but the fact that the storyline is complicated means that you need to go back and connect the dots if you want to understand the end completely.

The movie stars Leonardo DiCaprio as the main character. We don’t need to mention what his performance brought to this movie because that’s what he does any time he’s hired for a job. A combination of good cast members and the job of 3D rendering specialists was a recipe for a good movie, not only because of the complex story but also because of the visual effects that made this movie very interesting to watch.

Sin City is a perfect example of architectural visualization at its finest. In this move, made back in 2005, the whole city was done using this visualization type. If you haven’t seen it yet, it should be on your list.

Sin City resurrects the noir genre with an action-packed story that stars some of the industry’s biggest names like Bruce Willis, Jessica Alba, Mickey Rourke, and Elijah Wood, among many.

From start to finish, this movie is made using 3D rendering technology to depict a fantasy world that we could only dream about before.

If you’re not impressed by that, don’t worry, the movie cast will make sure your attention is focused on the move all the time.

The Architect was released in 2006, and it’s an American drama directed by Matt Tauber. We’ve added this movie to our list, not because of the special effects, but as an example of how the Architect’s job was before the technology kicked in.

Look into the world of constructing before and compare it with what we have now. You’ll quickly realize how lucky we are because of the new technologies that made our life more comfortable.

The Day After Tomorrow

This apocalyptic action movie raises awareness of what the future might hold for us if we don’t pay attention to nature around us. The Day After Tomorrow is still one of the best movies that talks about a matter that’s been thrown around in the mainstream media.

Therefore, it’s good to have something that raises red flags about some of the most important topics. The cataclysmic depiction of cities in their ruins significantly impacted audiences’ feelings, all thanks to 3D rendering professionals who made it all possible.

We would encourage the movie producers to create more movies like this that raise awareness of how the future might look like if we are negligent to our surroundings.

In the end, we can conclude that architectural visualization is not only good for one branch of business but can also have a significant impact on different industries.

These are just some of the examples of how implementing this technology could lead to something unique. Hiring an expert is not an expensive investment if you understand what you’re getting in the long run.

5 Reasons to use Revit for Design Communication
3D Architectural Visualization: The Future of Construction and Architecture
3D Interior Rendering Service
The curious intersection of architecture and real estate marketing
The Best 3D Modeling Software in 2017
5 Ways 3D Rendering Software is Changing Design
3D Rendering Programs for Beginners
Interior Design and Minimalism: A Full Guide to Creating This Aesthetic
3D Rendering and Futurism: How and Why Are They Essential to Each Other
7 Reasons You Should (or Shouldn’t) Date an Architect
5 Best Places to Learn 3D Interior Design
Lumion 3D
AI-powered Cloud VR Experience Over O-RAN by Nokia
Interior Design Trends That Have Fallen Out of Fashion in 2020
A Quick Reference Guide to Architectural Services
Architectural renderings play a vital role in architecture, here is why
© 2014-2020 Easy Render GmbH
Contact
Terms
Privacy
Cookies