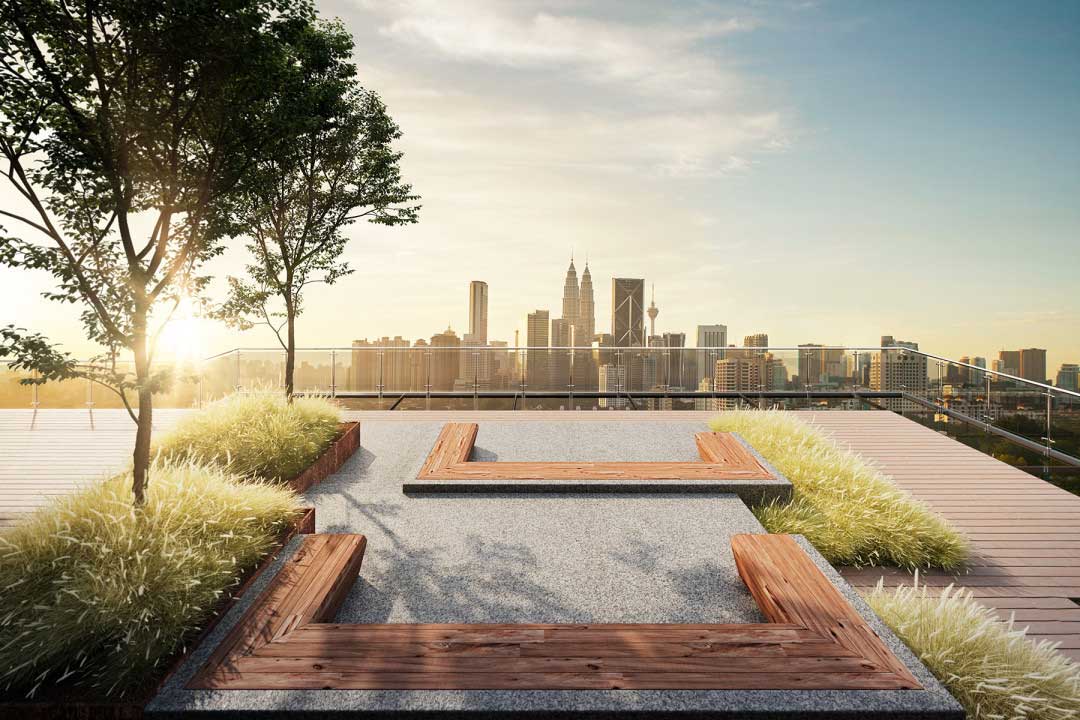 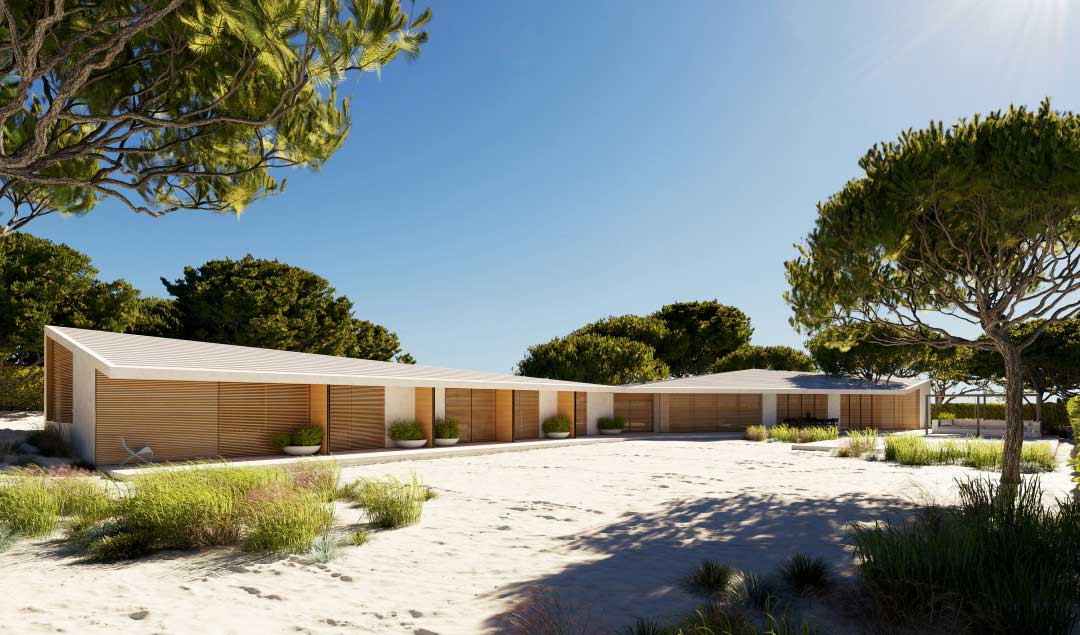 Throughout history, architects have relied on their sketches, drawings, and paintings to try and communicate their ideas to their clients and help them visualize the end results. Thanks to technological advances, they can now create photorealistic architectural visualizations that truly bring their ideas to life, showing exactly what their structures will look like.

However, there comes a time in every architecture’s life when inspiration and creativity are hard to come by. A time when they meet their creative block and simply cannot come up with any new and innovative ideas to create a visualization that will stand out from all the others.

When you don’t know how to reignite your creativity, you should definitely look into ancient architecture. Awe-inspiring as it is, there’s no doubt that it will spark your creativity and inspire you to produce visualizations that will make your architecture stand the test of time.

Here are some of the most remarkable ancient architecture structures that you can draw timeless inspiration from. The first four of them were included in the famous Seven Wonders of the Ancient World that undeniably deserve to be found on the list.

The Great Pyramid of Giza

The Great Pyramid of Giza is the oldest and largest of the three Giza pyramids, and actually the only one of the Seven Wonders of the Ancient World that still stands today, remaining intact for the most part. Constructed from circa 2580 till 2560 BC, it was built as a royal tomb to the fourth dynasty Egyptian Pharaoh Khufu.

The Pyramid has been an inspiration source for numerous architects over the years, even today. The first pyramid structure to come to mind is definitely the world-famous Louvre Museum. There’s also the Luxor Las Vegas, a 30-story hotel and casino in the shape of a pyramid.

You can also find similar pyramid structures in Memphis, Tennessee, and Astana, Kazakhstan, which include the Memphis Pyramid arena and the Palace of Piece of Reconciliation (also known as the Pyramid of Peace and Accord), respectively.

One of the most fascinating structures inspired by the ancient wonder is the new building in New York City called VIA 57 West. Designed by the Danish architecture group Bjarke Ingels Group, the VIA 57 West is a residential building that isn’t exactly a pyramid.

According to Bjarke Ingels, the Great Pyramid of Manhattan is a hyperbolic paraboloid, with the roof that is “the height of a handrail” at its lowest point and “the height of a high-rise” at its highest point, and it has a parabolic dip in one side.

As you can see, something as simple as the shape of a pyramid (not to say that the Great Pyramid of Giza is simple) can spark many innovative ideas that perfectly match the modern world.

The Temple of Artemis in Ephesus

The Temple of Artemis, located in the ancient city of Ephesus, which today lies on the edge of a small town in Turkey called Selçuk. Dedicated to the Greek goddess Artemis, it was built, destroyed, and rebuilt two times before its final destruction in 262 AD.

The first version of the temple originates from the Bronze Age and was destroyed by flood in the 7th century BC. The second version, designed by the architect Chersiphron and his son Metagenes and constructed for 10 years (from around 550 BC), was destroyed in 356 BC by an arsonist who burned it to the ground.

The third and final version was built for many years by the Ephesians, starting in 323 BC, but it too was destroyed when the city was invaded by the Ostrogoths.

When you look at the columns of the temple, you cannot help but think of several world-famous buildings and structures, including the U.S. Capitol Building and the U.S. Supreme Court Building in Washington, D.C., the Federal Hall in New York City, and the Brandenburg Gate in Berlin.

Let’s not forget two more very similar ancient structures – the Parthenon in Greece, constructed from 447 BC till 438 BC, and the Pantheon in Rome, constructed around 126 AD.

You can implement columns almost everywhere and give your designs a timeless look and feel that exudes power, elegance, luxury, and style. Play with them in your visualizations and you may come up with something that no one has ever thought of before – you can never know until you try!

The Mausoleum at Halicarnassus

Designed by the Greek architects Satyros and Pythius, the Mausoleum at Halicarnassus was built between 353 and 350 BC as a tomb for a satrap in the ancient Persian empire Mausolus and his wife (and sister) Artemisia. It was located in the area that is today the city of Bodrum, Turkey, and destroyed in an earthquake in the 13th century.

Made entirely of white marble, the mausoleum was one of the most remarkable structures in the ancient world that continues to spark inspiration for plenty of architects to this day. The iconic tomb featured 36 Ionic columns situated above a huge base of steps and topped by a pyramid roof.

As you can see, you can combine both the pyramid shape and columns to get to a brilliant structure that inspires true awe. One great example is the General Grant National Memorial in New York City, commonly known as the Grant’s Tomb. It was actually inspired by the Mausoleum at Halicarnassus and houses the remains of Ulysses S. Grant and his wife Julia.

Its architect, John Duncan, featured Doric columns at the bottom of the structure, Corinthian columns in the middle, and a dome at the top. Completed in 1897, it is still one of the biggest mausoleums on the planet.

The Lighthouse of Alexandria

The first ever lighthouse in the world, the Lighthouse of Alexandria, often referred to as the Pharos of Alexandria, was built by the Ptolemaic Kingdom between 284 and 246 BC. It was gradually destroyed by three earthquakes, from 956 to 1323 AD, but it managed to stand the test of time for more than 1600 years.

Standing at about 380 feet above the ground, the Lighthouse of Alexandria was the second-tallest structure in the world for a very long time. It featured three limestone tiers: the square base, the octagonal middle tier, and the cylindrical top section with columns.

The lighthouse was an inspiration for all the lighthouses in the world constructed later. However, it was and still is an inspiration for residential and commercial buildings. Just take a look at the Empire State Building. What do you see? Its shape definitely reminds of the Lighthouse of Alexandria, with its several tiers and the top that really does look like a lighthouse.

You can use this kind of design for numerous structures, and you can combine it with the aforementioned ones to come up with something truly unique.

The Dome of the Rock

The Dome of the Rock, an Islamic shrine in the Old City of Jerusalem, is a real masterpiece. Designed by Caliph Abd al-Malik and constructed between 687 and 691 AD, it is the oldest Islamic monument that still stands today.

It was restored many times throughout the years when many different decorations were added to embellish it and turn it into a brilliant structure that it is today. The interior was enriched with marble, mosaic and faience, while Persian tiles were added to the entire exterior.

Throughout the years, the Dome of Rock, with its breathtaking octagonal base and its stunning rotunda dome, remains the most recognizable landmark of Jerusalem. A great number of architects and artists used it as a prototype model for their numerous projects for over a thousand years.

Some of the buildings for which it was used as an inspiration include the Church of St. Giacomo in Italy, the Mausoleum of Sultan Suleiman the Magnificent in Istanbul, the Rumbach Street Synagogue in Budapest, and the New Synagogue in Berlin.

There are a number of ways in which you can make all of these designs work for you when creating your architectural visualizations. If you have even a single creative bone in your body, you will definitely be able to draw inspiration from these ancient architecture structures and create wonders of your own. You will be able to carve your name into the pillars of architecture and enter the world of legends, leaving your permanent mark in history and inspiring new architects and artists for generations to come.

As Antoni Gaudí, one of the most brilliant Catalan architects and the mastermind behind some of the most iconic buildings in Spain, once said: “Artists do not need monuments erected for them, because their works are their monuments.”