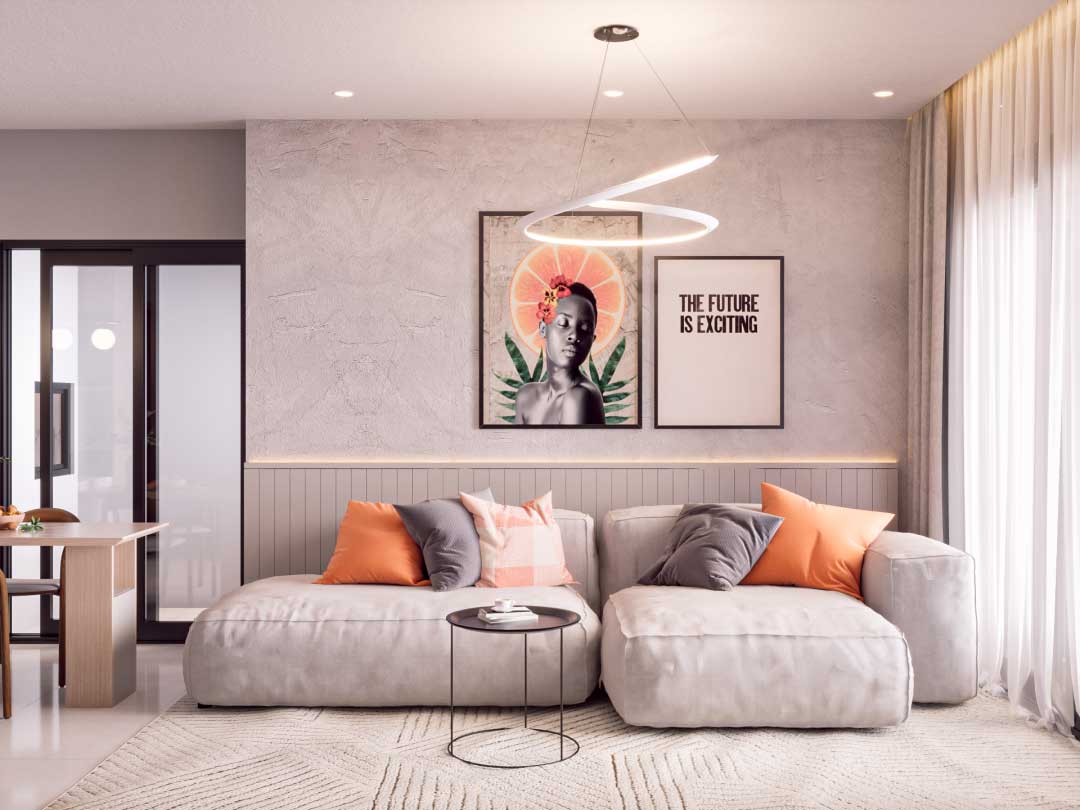 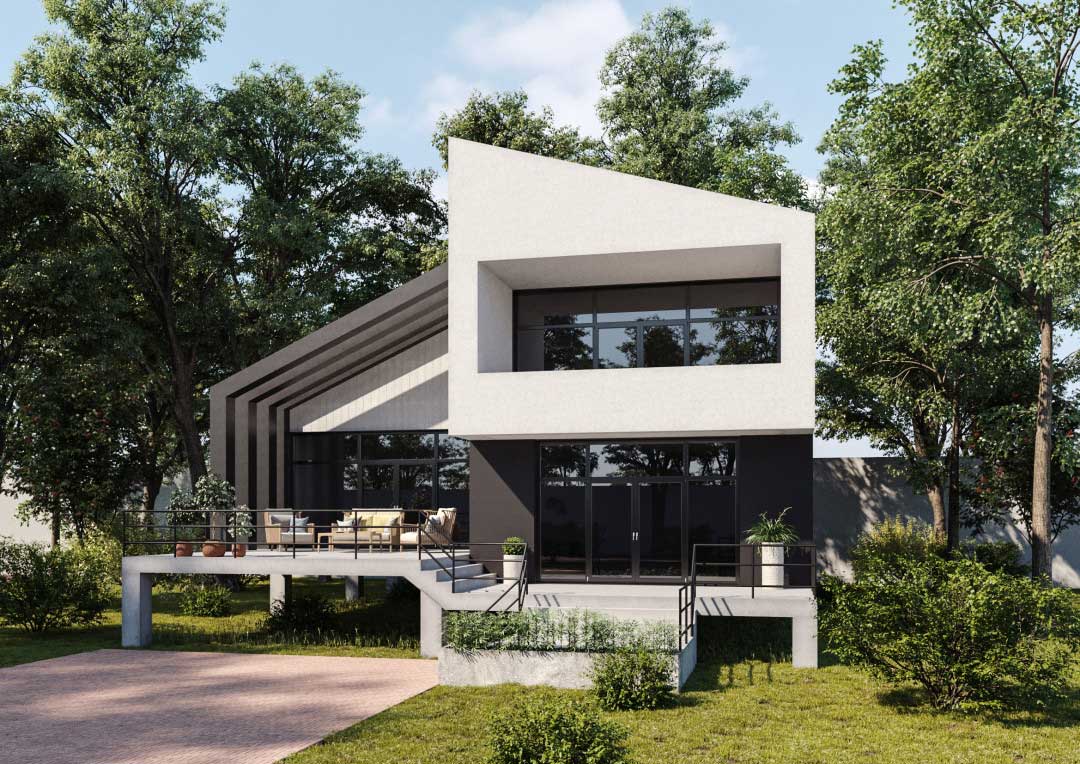 Which Graphics Cards are Best for Architectural Rendering

It can be difficult to figure out the differences between models and learning all the important elements that affect the performance of a single GPU. At the same time, even if you find a graphics card that has great performance on paper, it still doesn’t mean that it will be good for architectural rendering.

The architecture of the graphics card itself is very important when it comes to what it will work for best. Bear in mind that you also need a quality monitor if you want to actually see what your graphics card does for you.

When you start your research, you will find different brands that have graphics processor units with the same model names.

For example, the GeForce GTX 1080 model can come from MSI, Asus, EVGA, and Gigabyte. But why do all of these GPUs have the same name? This is because this GPU model is actually produced by Nvidia, and this is their chip which is packed by different brands.

Simply put, as Nvidia is one of the leading companies in producing graphics chipsets and their products offer some of the best performance. This is why other smaller companies choose not to compete with Nvidia but to pack their products with different packages and give a different presentation.

This means that the engine under the hood is the same, only the hood is different. In some cases, the graphics cards have different cooling systems or different packages, which makes them smaller or larger.

So if you come across models that are named the same but have different brand names, understand that there is no significant difference between them.

Does performance go up along with model numbers?

When buying a car, you know that having an engine with a bigger number means that it has greater size and therefore, more power. More cubic centimeters means a larger engine and more output power that goes along with it. However, when it comes to GPU numbers, this rule is not always true. In fact, it isn’t most of the time.

When you see a model that has a higher number than some other model, it doesn’t mean that it performs better. When you look at the Nvidia GTX 760 and 680, you might think that the 760 has better raw performance, but it doesn’t and this might be confusing to you, as it is to many people.

Models and series are named randomly and you need to be careful when comparing them. At the same time, you might see similar models from different brands and you might think that the numbers can tell you which ones are better but there are no rules, so it’s important to read more about them.

This GPU is the first one that we present to you because it is the best option for the money. It doesn’t offer the best rendering and visualization performance but it works fairly well. At the same time, it is way cheaper than any other GPU that offers similar functionalities and performance.

It is suitable for both 3D rendering and 2D work without any issues. Of course, it’s not a top-shelf GPU that can do everything, but if you want to make solid and professional renders, you can rely on this workhorse to do the job.

With new ones being around $400 and less, AMD Radeon Pro WX 5100 is one of the best purchases you can make for the money. It supports a high dynamic range, 5k displays, and has 8GB of memory for solid speed and the necessary levels of responsiveness.

This Nvidia model is very popular due to its price and versatility. It can be used for various multi-purpose computer workstations and mid-range rendering, CAD work, and design. The Quadro series from Nvidia is generally more expensive but this model is a budget option that the company decided to put out.

So, if you are just starting with your rendering and design work, this card is a perfect option for you. It has a well-rounded performance with around 1500 MHz boost clock, 5GB of memory and bandwidth at 140GB/s. It provides adequate performance and if you have a single PC that you use for other things as well, it is a great option.

This is the more powerful version of the Radeon Pro WX series and it excels at visualization, simulation, and rendering.

The price of WX 7100 is around $200 more than WX 5100, but it’s worth the money as it does everything better than its younger sibling. It can be used for AutoCAD and SolidWorks easily for both 2D and 3D work and many professionals have reviewed it and praised its performance.

One of the best things about this card is that it has a raw power that you will feel instantly. It speeds up rendering so much that most users don’t believe how powerful it is and they later wonder how they were able to do their work before getting this card.

The GTX 1080 Ti is the best card of Nvidia’s last generation, and even though the new RTX 2080 was that last one to be released and has better performance, the 1080 Ti is still a high-quality card that can do the most rendering jobs and improve your rendering work drastically. What’s great about it is that since the new model has been released, its price has dropped significantly.

Of course, it doesn’t have the same performance as RTX 2080, but it comes pretty close to it. Even though the options in this series are primarily gaming cards, they work great for rendering work and you will need a lot of time and work before you are able to outgrow this card and start looking for something better. With its 3,5k GPU Cores, 11GB memory and amazing speed, you will finish your renders in no time.

Nvidia’s monster cards for design and rendering are P6000 and P5000 and they are designed for utmost professionals that need top-shelf performance. However, for most people, paying over $5000 is simply too much and not to mention that your whole workstation needs to have high-end components for these cards to perform to their maximum capacity.

The Quadro P4000 is in the middle when it comes to performance, but it still packs a serious punch and brings a lot to the table without being too expensive. Many people use it and praise its capabilities, and for the moment it will remain one of the best options for higher performance until the newer models become more affordable.

If you are looking for a cheap option and a card that will work for 3D rendering application without anything special, then the Quadro K1200 is the option for you. If you work with simple 3D on smaller projects that don’t have a lot of details and don’t require the best graphics you can possibly muster, the K1200 can do the job for you.

Nvidia Quadro K1200 is currently priced at around $300 and less. Many people recommend it for SolidWorks. It’s nothing fancy, but it can work very well for beginners who are just starting out and aren’t sure whether or not they want to invest a lot of money into their workstation instantly.

This card is also one of the best options for people on a tight budget. RX 570 matches well with some more expensive cards such as Nvidia Geforce GTX 1050 and it is almost as good as the GTX 1060, but its price is considerably lower. Its only weak point is its 4GB memory, as it might have problems with resolutions that go higher than 1080p.

This GPU tier has solid frame rates for HD resolution and there is no need for 4k. It is used by many designers and gamers alike, as it works both ways, so if you will use your device to play games this card could pay off double.

These are some of the best options without having to go to extreme prices, but if you are looking for the best cards at the moment, be prepared to pay at least $3000.

Take the time to choose between these options and make sure to consider your hardware and whether it can support the performance of the card you choose. If not, then buy one with fewer capabilities or upgrade your whole workstation before adding a GPU.

You might want to check out these graphics card manuals in case you are not familiar with them.