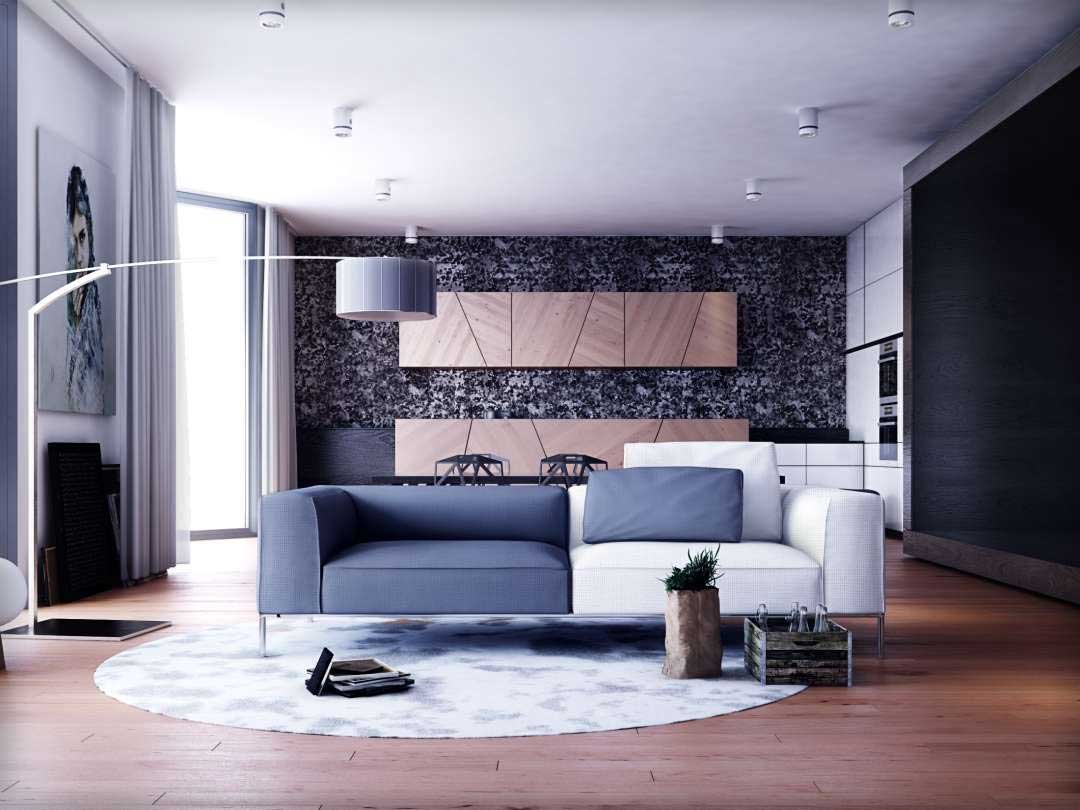 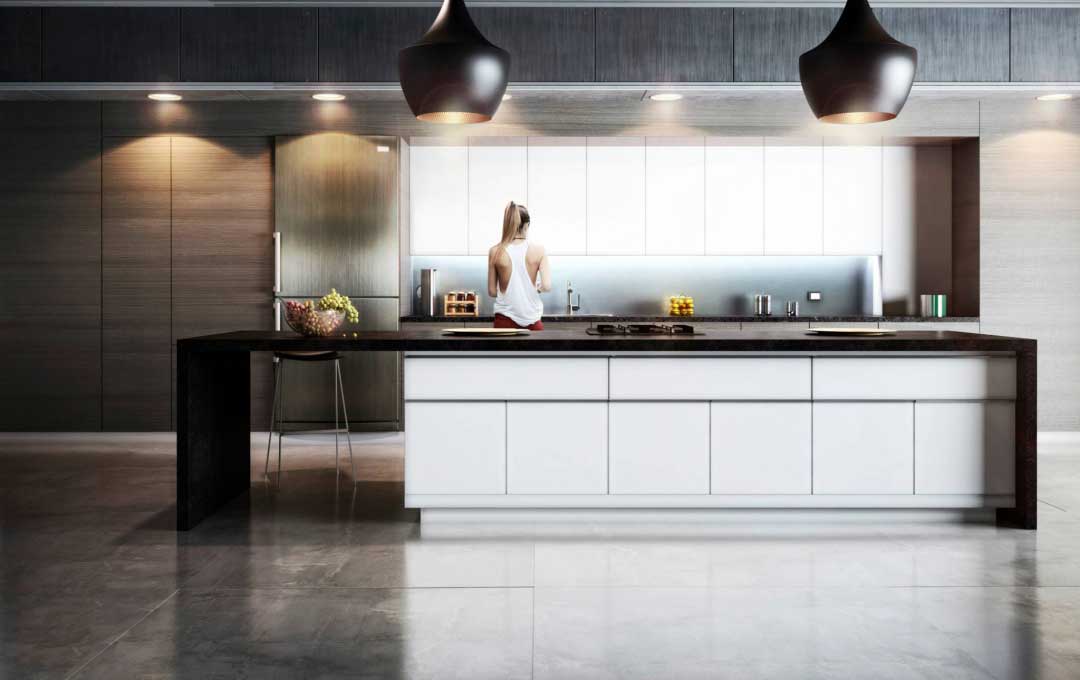 Architectural rendering and the advent of virtual reality

The future is here, and it’s name is VR.

Virtual Reality is storming into the mainstream in wayspreviously thought to be reserved for science-fiction, and it’s fixing tochange the way we experience multimedia. Samsung, Valve, and Facebook-backedcompany Oculus have already rushed to the market with powerful machines thathave miniaturized VR and placed it in the comfort of your living room. Andwhile there’s a long road ahead to making the technology cheap enough to put inevery self-respecting techie’s basement studio apartment, this year marks amilestone in the quest to make this truly new experience accessible to themasses.

Google has even provided a makeshift stopgap that MacGyversyour phone into a VR headset with a few pieces of cardboard and about a half anhour of time. And if you didn’t catch that obscure early 90’s TV reference,just know the VR movement is no longer a fantasy. It’s here. And it’s arrivingwith the force of a rogue wave poised to destroy everything you think you knowabout visualization.

In this article I’m going to explain exactly what VR is, andhow it’s going to change how architects, designers, and 3D rendering artistsproduce and show off their work.

Oh, stop acting like you don’t know. But for the few of youwho’ve been living under a rock that transports you 50 years in the past,here’s the long and skinny:

VR - or virtual reality - is exactly what it sounds like: aform of media that transports you from this reality to a virtual one. VR hasyou wearing a headset that act as a pair of goggles, effectively transformingyour eyes into portals to another world. This type of experience is nothingnew, as virtual devices have been around in limited and primitive forms for thepast few decades (cough Virtual Boy cough). Only recently, however, has thepotential for the technology uncorked in a way that has made it relativelyaffordable and accessible.

Many different industries have begun investing heavily inthe advent of modern VR headsets in order to bring new experiences intopeople’s homes. The most obvious being the movie and video game industries.Valve - a software company famous for the Half Life and Portal video gamefranchises - recently released their very own proprietary VR headset calledVive (manufactured by Samsung HTC). Sony will be jumping into the pool laterthis year when they release Playstation VR, which will be compatible with thehugely successful Playstation 4. These companies are banking on the eventualmainstream adaptation of the technology, and their risk is likely to reapridiculous rewards.

Another industry that will benefit greatly from theintroduction of VR is the design, architecture and construction sectors. Whilethe applications aren’t immediately as obvious as the movie and video gameindustries, designers will soon be able to rely on a never before seen level ofimmersion when presenting clients with otherworldly visualizations (literally).

Visualization and the Benefit of Virtual Reality

A good designer makes things easy to understand. They usedto tell us in architecture school: “if your grandmother can’t understand whatshe’s looking at, you’ve failed.” It was probably said with more swear wordsand a tone typically reserved for boot camp, but it was nonetheless an effectiveform of motivation. In most instances, the people who you’re communicating yourdesign with don’t know triangular composition from two-point perspective. Thejob of a designer isn’t just to make something cool, it’s to make somethingpeople “get.”

In recent years, technology has afforded designers andartist the tools to present works of architecture and product design withlife-like clarity. Of course, this doesn’t guarantee a successful presentation,but makes it easier to explain the merit of the thing by doing little more thanshowing them a realistic depiction of what it is. That’s the baseline in 2016,and anything less will land you in a gutter with your portfolio haphazardlystrewn about your lifeless body.

Virtual reality fixes to take things a few steps further.Give your client a VR headset and watch them start handing you pots of gold asyou show them exactly what lies at the end of the rainbow. Designers andartists will have the tools to literally insert somebody into the design.Imagine being able to physically walk through un-built work of architecturethat has been painstakingly built in software like Maya, 3DS Max or Rhino. Youbecome a character in the video game that doesn't have to explain the thingbecause it’s right in front of you as if it were already real.

It’s a powerful vision, to be sure. But it goes even furtherthan simply showing someone what something is. The advantage of buildingexperience in the virtual world is the ability to tailor-make that experiencebased on specific tastes and preferences. Picture this: a real estate agent istrying to pre-sell a speculative home that is yet to be complete. Previously,they had to rely on static images of a few interior shots that showed off thepotential of the spaces. These images are nice, but rarely convey the feelingof actually living there. Now imagine the prospective client moving through thehouse themselves with furniture, paint colour, and wall art inserted to matchexactly what they are looking for. Suddenly you have a presentation that willconvince them to buy because they can actually feel themselves living therealready.

Now, that type of application is years from being a reality,but the potential is clear. This is the future of the business, and it’s not asfar away as you might think.

What Does This Mean For You?

Opportunity, that’s what! I’m guessing if you frequent thisblog it’s because you are, in some way, involved in the design andvisualization business. VR could very well become the gold standard for theproduction of high-end visualizations and 3D art. Rendering artists havealready been tasked with moving from static images to video, and will againneed to take the reigns of this new technology. There is a big old treasurechest filled work, which might not sound like treasure at all until you realizewhat it could mean for your career. Unfortunately, we work in an industry thatdemands a constant re-education of the newest tools, tricks and techniques forproducing the most impressive visuals possibly with today’s technology. In thenext 5 to 10 years, this means VR.

It’s not all bad news though. The prospect of being able toshow off your work in a way everyone will immediately understand is atantalizing prospect. Not to mention a fun one. Being a rendering artisttypically means you love what you do, so the thought of doing more work andlearning new things in order to be better at that isn’t such a hard pill toswallow.

If you aren’t a designer or rendering artist and you’re justhere because you love the way I write, virtual reality for youmeans...well...the future of media consumption, that’s what!! You may not beable to afford a $500-$600 headset today, but you can look forward to thoseprices dropping dramatically as things become easier to manufacture. You’llprobably have to wait a little bit longer to walk through the rolling hills ofThe Shire from the comfort of your living room, but that reality is alreadywalking up to the door.

It’s hard to say exactly how far virtual reality is going tosink its teeth into the masses. There is a tremendous amount of financial andpublic opinion momentum behind the VR movement, but we’ve all seen fads likethis vanish before popularity took hold. There seems to be legitimate buzz behindthe technology, and with such a widespread awareness that unique virtualexperiences are out there, it’s just a matter of time before people get theirhands on it. The question will be: is using VR so mind blowing it replaces theway we currently consume media? Could VR simply go away like the 8-track andthe 3D TV?

I have no idea, but there’s reason to believe the contrary.Time will tell whether or not the design and construction industry moves to afull-scale adaptation of VR. That type of movement could be a ways off, butlarger firms are already starting to toy around with the tech. Rendering artistshould take notice, because before long they could find themselves in a marketthat not only accepts VR, it demands it.

Tesla Motors CEO Elon Musk recently said in all likelihoodwe are all part of a grand computer simulation built by a race of beings whohave technologically evolved well beyond our current understanding. It’s aninteresting thought provoked by one of the world’s leading minds. Whether ornot his outlandish statements hold merit, our current course of technologicaladvancement seems to have few bounds to how far it can take us. VR appears tobe the next step in that evolution, and could open up truly game-changingpossibilities when it comes to how we understand the world.

Get some popcorn and sit back for the future. Because thefuture is here.