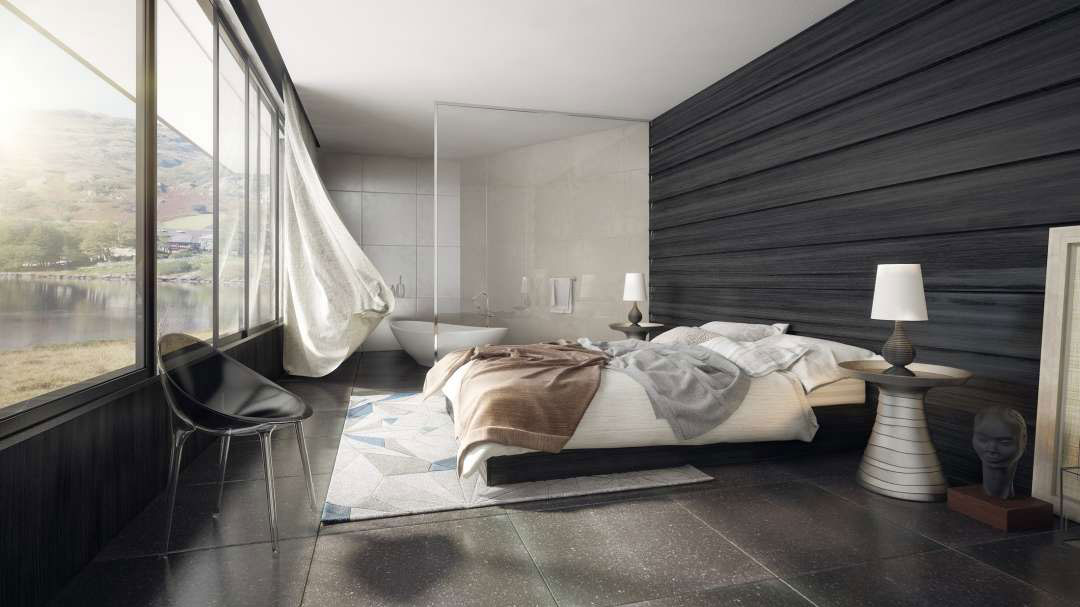 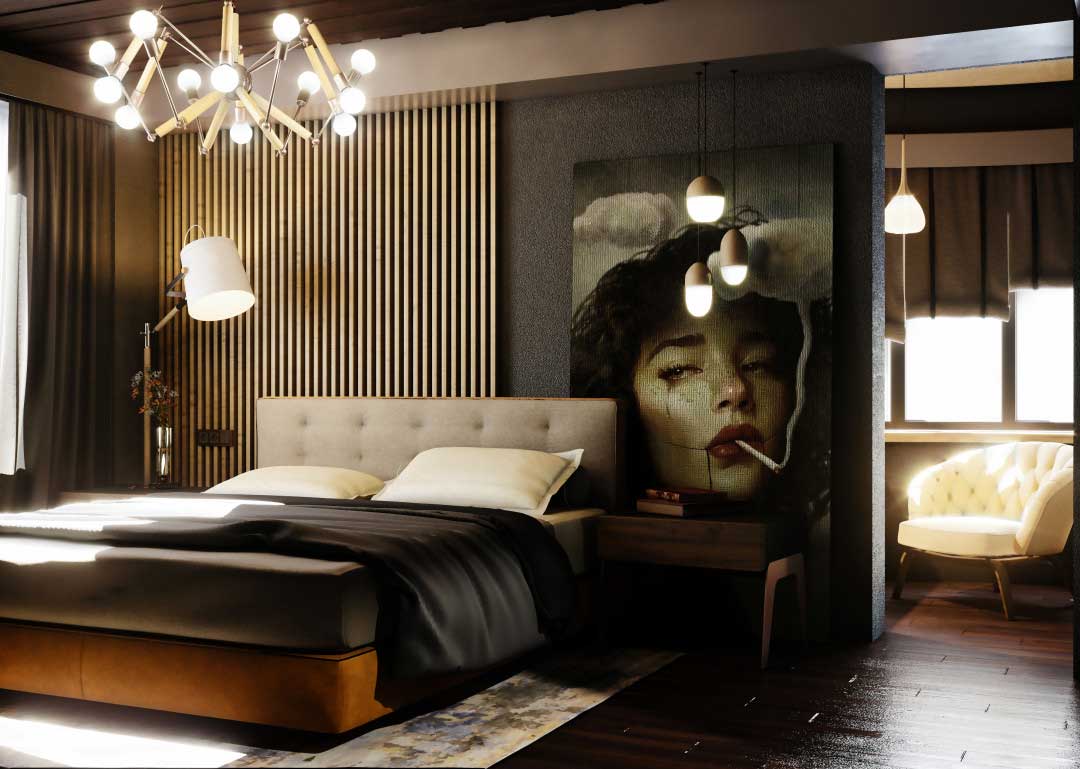 8 Common Issues with Architectural Rendering and How to Solve Them

Architectural rendering is a vital part of attracting investors and wowing clients. With today’s powerful hardware and software, designers can make photo-realistic renders of buildings to be, bringing their designs to life and helping developers sell their ideas.

However, when your imagination is the only limit, it can be difficult presenting a realistic design. Many designers invest countless hours perfecting every pixel that the design becomes overcrowded. Others, on the other hand, try to use ‘cheats’ to speed up their process.

There are many common problems and mistakes designers encounter daily, and it can be a tedious task figuring out how to fix them. So, let’s take a look at some of the most common issues and see how they can be solved.

Real-life photography, for example, serves to tell a story. The same should be done with architectural rendering. Designers must impress their clients, and the only way to do that is by creating a compelling story with their render.

Of course, the purpose of architectural rendering is to focus on the building or room, to show what it will look like in reality.

However, a bare room with just walls, doors, and windows isn’t going to impress anyone. It becomes both boring and unnatural. Designers must bring life into their renders, and this is fairly easily achievable.

Adding at least some basic furniture, plants, bookshelves, a notebook on an office desk, etc., will breathe life into the design. That so-called ‘human touch’ will communicate the idea that the building is a livable place, attracting investors by presenting reality.

This one might be on the opposite side of the scale. Many designers tend to let their imagination run wild, designing buildings that seem to belong to a Hollywood sci-fi movie, adding unnatural or uncommon details in an attempt to wow their clients.

The problem with this type of render is that if it looks too futuristic, clients won’t be likely to conceptualize it in the present. While the design might look stunning, when it comes to architectural rendering It's better to keep it looking real and natural.

Too many details, otherworldly lighting, and eye-catching background will distract from the main focus of the design – the building itself. Every render is a piece of art, and it takes great skill and talent to create it. However, the building must be more important than what’s going on around it.

Quite often, designers will encounter scale figures and people that are free to download. It’s easy to find those at just the right angle that can fit the whole concept of the design. And this is usually great.

Designers can save their time and effort, and include those objects and people into their render to make it more life-like. It’s important to be careful with those, however, as there’s a downside to using them.

When the same people and figures are used throughout different architectural renders, it can be extremely distracting. Clients will start focusing on those instead of on the architecture that should be the focal point.

Occasionally recycling objects and people isn’t a big deal as it can be very useful. But it’s important to have plenty of options to choose from when you’re designing. The best way to avoid overuse is to have a rendering library filled with multiple options.

Reflections play a major role in any type of 3D rendering. While basically, any object will reflect light to some extent, it’s difficult recreating that realistically in the designs. In architectural rendering, recreating mirror surfaces or glass can be a daunting task, and unrealistic renders can even prove to be deceiving.

What’s important to keep in mind here is imperfections. Adding a couple of scratches here and there, or some dust will help to diffuse the light and create a more realistic design.

Beveling is a must. While some buildings might seem like they have completely straight and sharp edges, this is never the case. Everything has at least a bit of roundness to it, and if the design is lacking that feature when light and reflections are added the whole render will feel unnatural.

Skipping on a few light bounces is a common cheat for shortening the amount of time it takes to render a piece of architecture. Light bouncing is known as global illumination or indirect lighting, and it has an effect on how shadows are presented. Just a couple of light bounces and the shadows will be extremely dark. Adding a few more bounces will allow for the shadows to be partially lit.

This is mostly an issue in photo-realistic designs, and it usually wouldn’t have a huge effect on architectural renders. However, increasing the number of light bounces will add that touch of realism that’s sure to impress anyone who takes a look at the design.

The problem here is that overlooking texture quality in just one part of the design has a huge impact on the whole render. Having the asphalt on the street by the building looking perfect and without a single scratch will be very distracting even if the building itself looks real enough to be mistaken for a photograph.

Every area of the render has an effect on the rest of the design, and textures tend to feed off of one another. If a designer leaves a single area untouched, the entire effect of other textures is lost, and the whole design seems plastic.

Using HD textures lends the human touch to the render and makes it look real.

Architectural render could be looking perfect in its imperfections, but the wrong use of perspective can leave a somewhat bad impression.

The camera angle is extremely important in photography. It highlights important features and hides away imperfections and distractions. This is true in architectural rendering as well.

Designers should try to create an immersive and believable visualization. A photo-realistic render can lose its effect when presented from a wrong perspective.

This is why it’s better to keep the design either at eye-level or lift it to a bird’s-eye view. A better option would be to of course take advantage of both perspectives and present the design in each of them.

At eye-level, clients will be able to experience the render as if they were walking beside it. It lends a type of realism and makes the design seem natural.

A bird’s-eye view allows for the clients to take in the whole building, notice all of its features, and see how it affects the surroundings, as well as how the surroundings affect it.

Any other perspective might seem unnatural. If the camera angle is set at around 10 feet it can seem strange, for example. It leaves the clients wondering what’s the intent of that specific perspective.

Fly-through View instead of Creating Scenes

Creating an animation of the architectural render is extremely beneficial and it can aid in communicating and selling the designer’s idea.

Most would opt for a fly-through view. It presents all sides of the building, making every feature easily noticeable. This can, however, be somewhat dull.

On the other hand, breaking up the animation into relevant scenes can leave a lasting impression. Unique viewpoints, dramatic cameras, snippets of the design, these can all work to get the audience involved and interested. It also helps to highlight important features and communicate key messages to the audience.

Overall, there are many things to keep in mind when creating an architectural render. Each designer has their own preferences and artistic viewpoints. The above-mentioned issues and solutions are what can aid in creating a realistic design, it is up to the artist to make use of them.

Trends in Architecture and 3D Visualization for 2020
Architectural Rendering is Not Easy, Here is Why
5 Ways Architects Can Invest in 3D Rendering
How Architecture Has Changed in the Past Two Decades
10 great architecture websites you never knew existed
New Technologies in Architecture That Benefit Both Clients and Architects
Architectural Visualization – How to Determine Realistic Deadlines With Clients
Free 3D Modeling Software
Desert Home Architecture - Mixing the Ancient and Modern
NASA Declares Winners of their 3D Habitat Design
Unity vs Unreal The Clash of the Titans for Architectural Visualization
6 Rendering Software Tricks to Improve the End Result
Simple Ways to Turn Your House Into Your Dream Home
How a 3D Interior Designer Can Help You Visualize Before You Commit
8 Reasons Why 3D Rendering Marketing is Experiencing Amazing Growth
40 Spot-on 3D Artists You Should Follow on Behance
© 2014-2020 Easy Render GmbH
Contact
Terms
Privacy
Cookies