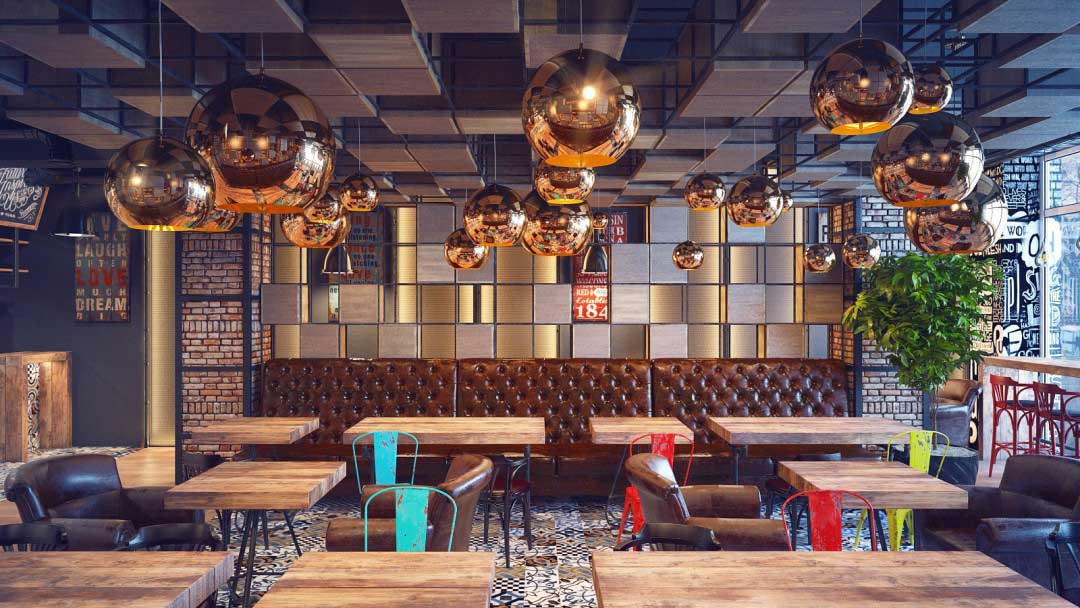 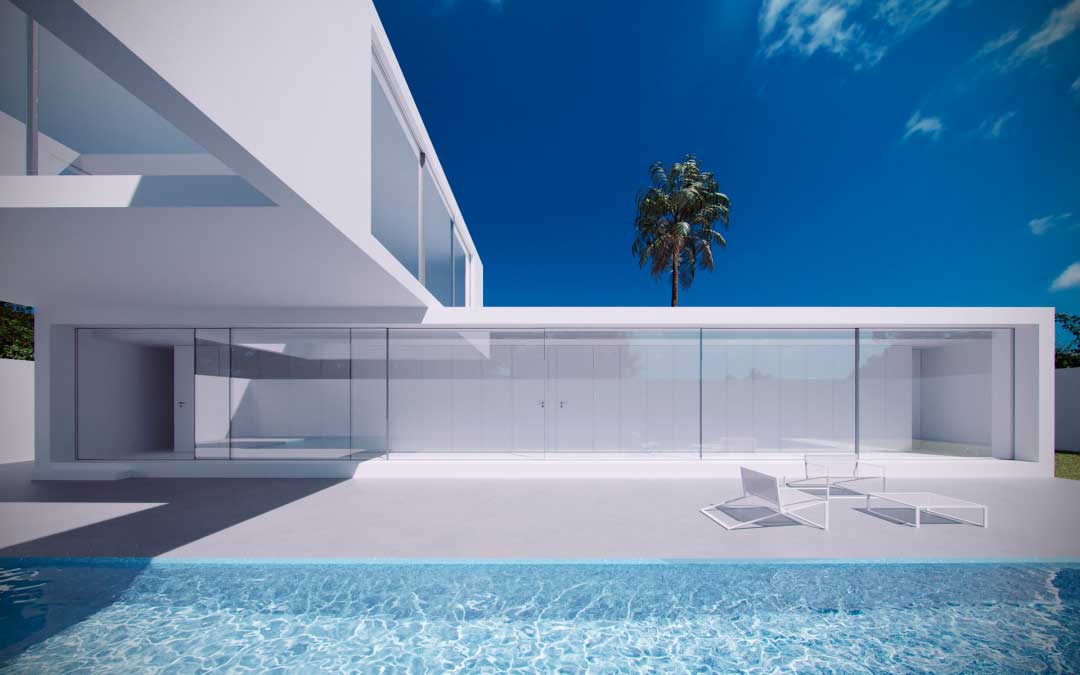 3D visualization is when a graphic designer creates graphical content with the aid of 3D software. People also use other terms to refer to 3D visualization. Those are 3D graphics, CGI (computer-generated imagery), and 3D rendering.

In line with the evolving enhancement of our technology, 3D visualization has become more popular and accessible. We can even safely say that, nowadays, it’s one of the most popular methods for creating digital content of the highest quality.

This way, they all contribute to the essential purpose of 3D visualization. That purpose is - communicating ideas more efficiently, i.e., a real-life experience that is digital in its essence. It can, in fact, be used to demonstrate both the finished product or just a prototype.

After all, it’s much easier to present a product in a 3D format than, say, take hundreds of photos of it. Besides allowing us to observe products from literally every angle, 3D visualization has many more benefits, which we’ll list below.

We’ll name some of the most prominent benefits of 3D presentations here, some of which we'll delve into further in the text. Bear in mind, though, that there are even more benefits to these.

●        They enhance and improve visual communication - we can track and see a particular project in a real-life setting from beginning to end;

●        They are cost-effective - the price of the technology behind 3D visualizations has dropped in the past decade and is very affordable at present;

●        They provide precise renderings - blending regular photos with 3D renders is an affordable yet attractive way to present any project. If you are now wondering what rendering is, there are numerous books on 3D rendering that can help you get a better introduction, even when you are a complete newbie;

●        They gave us VR - virtual reality is probably something that will take over the whole world in the future. How does this work in mundane terms? Simple. All you have to do is attach a virtual device to your cell phone, and you can see any video in a real-life setting;

Since the VR mentioned above has given us a “new virtual world,” we might also note its abundant use in different fields. For example, medical students train for surgery with the help of VR. Likewise, dentists use a VR headset to keep the patients occupied during treatment.

But amazingly and most importantly, VR has given us virtual tours. Virtual tours are, simply put, a simulation of a particular location, where that simulation is composed of still images and videos lined up in a sequence. What makes them even more appealing is the following.

They can incorporate sound effects, music, text, narration, etc. This is how they create the closest sensation to a real-life experience for us. With this boost at hand, virtual tours are perfect for industries such as hospitality and real estate.

Moreover, the overall fast pace of our technological advancement has made virtual tours a more frequently used tool by numerous other industries over the recent years. E.g., marketing, games, and 3D design.

When designers want to maintain a trustworthy relationship with their clients, good communication plays the most significant role. However, this is harder to achieve than it looks. Namely, what often happens is that the designer can get lost in the design process.

This often leads to miscommunication. The designer, overwhelmed with work, can no longer communicate with the client effectively and regularly. Needless to say that communicating architecture terminology is a daunting task.

The language of architecture is often referred to as the “archi-speak,” which includes words such as “Trombe wall.” These expressions are something that architects assume the clients will understand. They also believe that the clients can read all the drawings.

However, this is not the case. Clients do not share the same technical vocabulary, and thus, don’t understand architecture terminology. Moreover, clients are always eager to have a glimpse at the project even before the actual work starts.

This is precisely where 3D visualization plays a significant role. It enables the client to see a layout of a building, geographic situations, and the interior and exterior design. All of which won’t require any architecture terminology. There’s a 3D model that will speak for itself instead.

They Are Immersive and Realistic

Not only are 3D visualizations more realistic, but they can also be interactive. For example, let’s say you want to present your product on a website. Wouldn’t it be great to present it as realistically as possible without any limitations whatsoever?

Yes, it would be great. And a 3D representation of your product on a website, which allows you to convey all your ideas, is just what makes it possible. In addition, customers can now view the product in real-time, interact with it, while you could monitor their behavior on the website.

3D representation solves all the limitations that, say, a photo rendering has. Also, with 3D technology at hand, there won’t be any need for a 3rd party plug-in.

Industries that frequently use realistic 3D representations are hospitals, games, films, architecture, engineering, and many more. All of the listed industries have implemented 3D technology to create the best and realistic graphic content in the form of animations, diagrams, or images.

Visualizations Include the Surrounding Area

With 3D visualizations, it is possible to create a focus on the surrounding area as well. Also, it’s possible to highlight any particular aspect of the project using, e.g., virtual tours to integrate all the features. However, this “boost” is not easily plausible by beginners.

Because this is so, we advise all designers to consult a professional in this field. Furthermore, reputed designers and experts should do real-life 3D representations that incorporate the surrounding area. It will make each representation more convincing and more marketable, for that matter.

It's Easier To See the Scales

Scale issue has attracted the interest of many scientists from different disciplines during the past decade. Therefore, this is not a new issue, nor is it restricted solely to scientists for geographic information.  Different variations of scales determine a lot of things.

For example, they determine how the information can be represented, communicated, observed, and analyzed. When, for example, scaling a spatial problem, you can encounter both methodological and conceptual problems.

After all, we live in the era of information, so we tend to collect geographic data from various sources. Those sources are very often at different scales.

Luckily, the advancement of a wide variety of visualizations available today has made a crucial thing in this field possible. Here’s what this made possible - with 3D visualization software, we can collect data from numerous sources and create a digital representation.

Now, most projects can select the grid resolution without any specific scientific justification. Here, it is common, though, that some data with different resolutions will be blended to create proper visualizations.

It can thus be created in a different geographic or cartographic spatial scale. As a result, some visualizations will not be 100% accurate, but the software that could even this out doesn’t exist yet. These problems are the so-called “exist-data problems” and have yet to be resolved.

3D visualizations allow you to catch all the potential flaws and risks of a particular project before it is finished.

In engineering, for example, it’s an excellent tool to visualize a product that has not been finished yet to discover its potential risks and flaws. 3D visualization is precisely the tool that makes this possible since it places a particular product in a real-life environment.

In addition, many clients demand to see the whole process of the project build. This is what makes it a sort of win-win situation for both the designer and the client. The client is satisfied with seeing how the project is making advancements, and the designer can see all malfunctions on the spot.

Ordinary quality control of projects and products can easily miss seeing such flaws. However, the visualization process shows all such potential downsides. With using data from several disciplines, solving cross-discipline problems becomes possible with 3D visualization.

You can, e.g., realize that a sound wall will block an essential landmark in your architectural project. But, more importantly, you will see this on time, before the actual project sees the light of the day.

It's Possible To Try Different Versions

There are three different versions of 3D visualization. In the first lines, we have renderings (realistic images) that are of high image quality, i.e., resolution. These are commonly used on the internet, on billboards, or in particular brochures.

The exact resolution of a particular rendering will depend solely on the purpose and place where it is intended to appear. Next to renderings, there are, of course, animations. They can be animations of interiors, buildings, numerous products, game characters, and anything you can think of.

These animated sequences give the viewer a real-life touch to the whole idea. After all, things that we see, we can grasp and process very quickly. Just imagine that what you have visualized in your brain after reading a book was already made and presented to you through a 3D animation. That’s it.

The third and most complex one is post-production. This is what the film-making companies use. Combining images, animations, text, and sound, they create the most realistic videos and presentations we can imagine.

A study by Dr. Richard Felder from the 1980s has proven that maybe even more than 65% of people are visual learners. We can easily remember pictures with almost 90% accuracy in a matter of milliseconds. This may come as a surprise which is why we’ll tackle this a bit more closely.

The key lies in the eye’s retina. This part of our eye has more than 150 million rod and light-sensitive cone cells. Likewise, our optic nerves have millions of fibers that carry the signals from our eyes to the brain.

Our primary visual cortex “works” with other parts of our brain, which is how we can process visual information so fast. For example, we process colors, shapes, sizes, movement, distinctions between objects overlapping, and have a horizontal and vertical orientation.

Touch and hearing aren’t that super-fast, in lack of better words. Due to all the facts mentioned above, it is safe to say that humans are, primarily, visual beings. Everything is first processed with the eyes, which enables us to grasp large representations very fast.

It may now be somewhat clearer to you why 3D visualization plays such a significant role in our everyday lives. We all need to see things first. It may now also be clearer why so many industries use such representations and turn to VR without hesitation.

With the cost of 3D visualizations going down in the past decade, making them more affordable, the immense use comes as no surprise. But, again, the use of 3D representations is more realistic, more accurate, and more requested for by clients.

If you decide to go from industry to industry, asking whether or not they could incorporate 3D visualizations, hardly any would say “no.” Because it shows great help in medicine, architecture, marketing, and design, it has become a thriving trend.

Not to mention the virtual tours one more time, which have enabled us to get almost the same feelings of a particular place as if we were there.

The benefits of the 3D visualizations we listed here prove that it only enhances visual communication while enabling us to communicate ideas more efficiently. Whenever something is done more efficiently, it means it saves time and money. Isn’t that every person’s top priority?