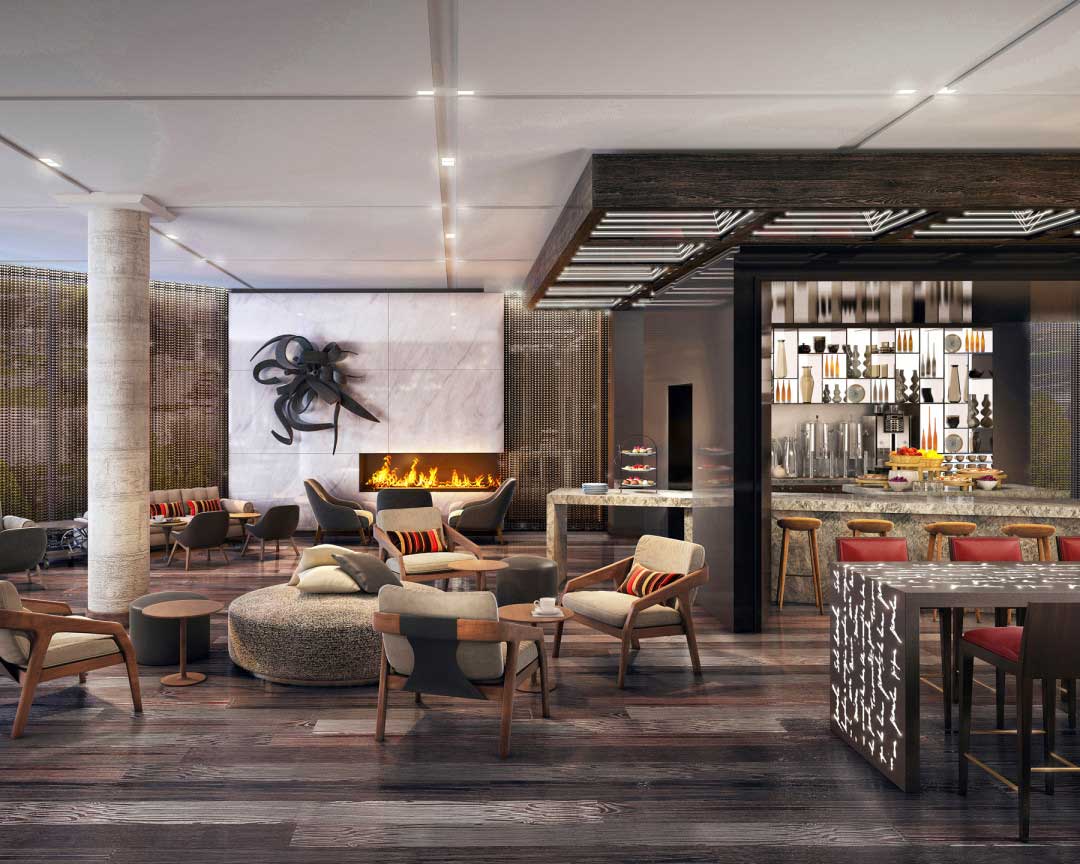 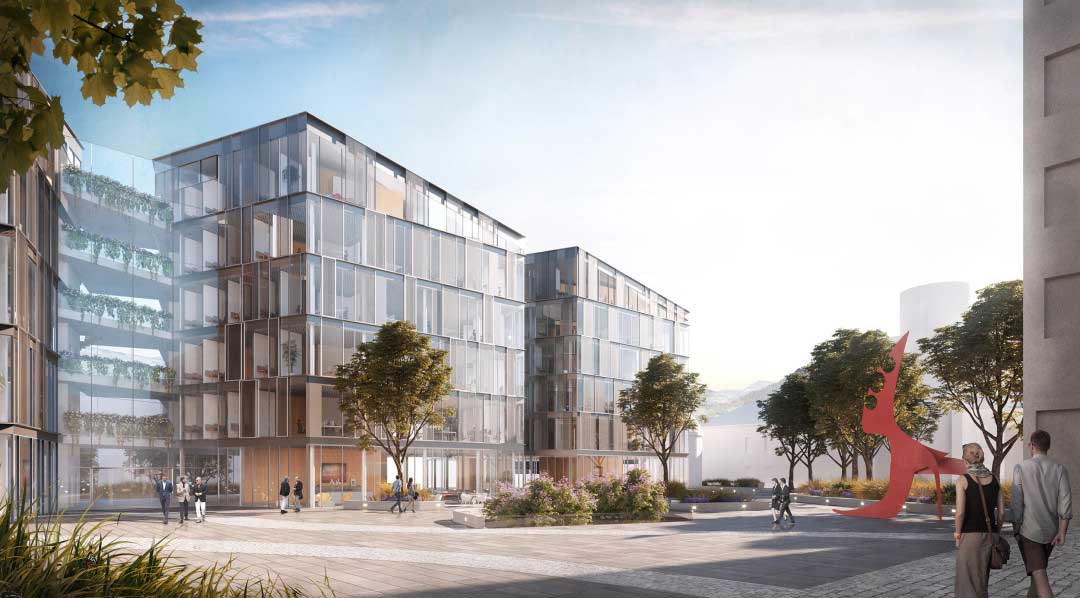 Digitalization of Architecture for the Future

Digitalization has been around for some time now, and it keeps affecting more and more professions, so it was only a matter of time when it would impact architecture too.

While some aspects of the digitalized architecture have been implemented already, other technologies have just recently entered this field. Additionally, as technology advances and will progress even further in the future, we can expect these changes to mirror the digitalization of architecture too.

If you’d like to learn more about the ongoing process of digitization in architecture, as well as what we can expect the future to bring, this article is a must-read.

What are digital technologies?

First and foremost, let’s say something more about what digital technologies are. You probably came across this term many times, but it’s not a bad idea to go back a little bit and remind ourselves of the basics.

With the appearance and wide use of computers and the internet, technology gained interest and popularity. Suddenly, everyone became curious about the vast and unexplored potential technology had.

As time went by, technology transformed from being a valuable addition to being a crucial part of many activities due to its countless advantages over other methods.

Although digital technologies are typically associated with social media, video games, and several other new fields founded on these technological advancements, numerous other professions benefit from them too.

Just one of them is architecture, where professionals can use digital technologies to visualize, generate, and process their ideas at an increasingly faster pace. Specially-created programs and tools come with numerous benefits for both architects and their clients.

Speaking about the benefits of digitalization in architecture, one of the most important ones is, without a doubt, increased productivity.

Namely, the traditional duties related to architecture required plenty of time to be completed, reviewed, and accepted. Since one project had to go through many people participating in the project and wait for their approval, the overall time required just for project planning lasted even as long as the construction itself.

The architects, contractors, interior designers, and property developers depended on the actions of numerous other people. Because of the lengthy and complex process, the productivity of architects certainly didn’t achieve its full potential.

As a result, the project planning and visualization go much faster with the help of digital tools and advanced technologies. Architects can do more in a shorter period, thus maximizing their productivity and potential. Not only are they learning and practicing quicker in this way, but they’re also gaining more professional experience they can implement for future projects.

Something all architects struggled with throughout their careers is the precise representation of their or their clients’ ideas. Using drawings, blueprints, and sketches don’t do any project justice since it’s impossible to showcase all the properties and features of a project.

Clients who rarely have previous architectural experience find it even harder to understand complex terms and what their architect is trying to portray if an adequate representation of their ideas is non-existent.

All this together is the perfect ground for countless misunderstandings, problems in communication, and unsatisfactory collaboration between architects and their clients. Customers often end up disliking the final result, and it’s not uncommon for architects to find flaws within the project at this point.

The solution to all of this is easy. By implementing digitalized tools and programs, architects can create life-like representations and visualizations of their projects. Therefore, clients can clearly see what they’ll get. Looking at the picture, video, or animation, customers can also collaborate on the project by accentuating what they want to keep, alter, change, or eliminate.

It’s widely known that collaboration is the essential element of every architectural project, and it requires honest and genuine communication between architects and clients. There’s no easier way to improve mutual communication and collaboration than with digitalization, which is precisely why so many architects choose to do so nowadays.

Putting customers at the center

Like many other fields and professions out there, architecture wouldn’t exist without its customers. The entire process of working in architecture is based on fulfilling the needs and meeting customers’ requirements. It’s only natural that customers always come first in architecture, and it’s crucial to put them in the center.

Although visual representations of architectural projects have several purposes, the main one is certainly to help customers visualize their projects and comprehend them on a whole new level. Doing as much as possible to give customers what they want is important for maintaining a professional and long-lasting partnership where both parties are happy.

Nowadays, customers will often walk away if they’re unsatisfied with the service they’re getting or they feel like they aren’t understood well enough. To avoid this from happening, visual representations of potential projects are perfect for that. They show how seriously architects take their responsibilities by offering a detailed draft of a potential project.

Besides that, digitalization also helps architects understand their clients better, thus instantly improving how satisfied the customers are with the entire process.

By placing the customers at the center, architects increase their reputation, followed by an increasing number of successful projects and happy customers.

The change of culture

The changes various professions are currently going through are causing significant shifts in their industries. You’re probably wondering why that’s happening only now and what’s causing it. Well, the answer is straightforward.

Younger generations who grew up alongside computers, programs, and the internet are slowly entering the workforce. The circumstances they grew up in influenced the ways they complete their professional and daily activities.

As they climb up the corporate ladder and become more influential, almost all professions witness some changes. The architecture industry is just one of them.

Moreover, an increasing number of people are looking for this kind of architecture, having evaluated the pros and cons of digitalization. Because the cultural changes emphasize the importance of sustainability, ease of access, and flexibility, it’s no wonder digitalization of architecture became so widely accepted and used.

Innovative architectural tools and devices come with all the critical elements other contemporary programs contain.

Firstly, digitalization removes any need for using countless sheets of paper for blueprints, sketches, and plans, thus being the most sustainable option for making even the most complex projects come to life.

Secondly, ease of access makes it possible for clients, architects, and other parties involved in the project to access the details anywhere, anytime. Because everything is available online, people don’t have to run to the office and organize business trips to evaluate plans and suggest their ideas.

That leads us to the final point, which is flexibility. Because it’s much easier to access the information regarding the project thanks to digitalization, participants are more flexible. Customers and architects can get in touch even if they live in opposite parts of the world and in different time zones. Naturally, the flexibility of all parties speeds up the entire process and brings realization closer.

Types of innovative technologies in architecture

Even though innovative technologies have just recently entered the architecture industry, there are already several options people can choose from.

However, the main types of innovative technologies in architecture include 3D rendering, machine learning, virtual reality, and augmented reality. Here, we’ll tell you more about each one.

The most popular and widely used technology in architecture is 3D rendering. It includes various programs and software tools for animations, videos, and pictures of projects. These platforms were initially created to help customers visualize their ideas and ease communication between architects and their clients.

Present-day rendering programs come with much more than that, and architects can base their entire projects just on these tools. However, one thing remains unchanged – 3D renders are the most common tool for all architectural projects.

Machine learning is a great addition to every architect. It cuts the time required for a project by completing all the repetitive tasks architects don’t have to complete manually anymore.

It also lets architects focus on more creative aspects of their job by eliminating all routine duties their profession requires.

Virtual reality lets architects and customers have an immersive and life-like experience with their future projects. Using cutting-edge technology, virtual reality pushes the boundaries of visualization and allows for realistic representation in an entirely fictional setting.

If you’re looking for a state-of-the-art tool that’ll leave you speechless, the newest product of digitalization called augmented reality is the ideal choice. It blends the real with the fictional, thus allowing its users to have a precise picture of what a potential project will look like combined with real-life surroundings.

People in the past were afraid of computers taking over their jobs, and some are still skeptical about what advanced technology can do to our current workplaces. The truth is, implementing technology into various fields and industries only led to the opening of new positions that required new skill sets.

For instance, the digitalization of architecture represents a unique blend of informational technology and traditional architecture. Its users have to be proficient in both, thus combining two very complex professions.

That’s far from easy, so new positions had to be created that dealt explicitly with 3D rendering and digital architecture. With a new career path comes a significant number of newly-opened job positions, both for practicing and teaching.

Having said that, the digitalization of architecture led to the opening of many new work positions young 3D artists were happy to take.

Furthermore, developing new skills and gaining the knowledge required for digitalized architecture requires mentoring. That’s why many proficient 3D artists chose to dedicate their professional careers to helping create young modern architects who will shape the future with their obtained education.

What the future brings

The future isn’t always easy to predict. Sometimes, unpredictable events can occur and completely change the way we approach our daily tasks and activities. The COVID-19 outbreak showed us that the entire world had to think of new ways to keep businesses and industries running.

That’s when digitalization indeed showed its importance and power. With everything shut down, the internet and digital platforms were the only things we could rely on. Nothing remained the same, from bare necessities, such as food, education, and finances, to other industries, including architecture.

Although the pandemic is hopefully near its end, the large majority claims the world will never completely return to how we knew it. With the digitalization and programs for almost anything, we can say architecture will surely keep implementing innovative technological methods.

With augmented reality being the most contemporary product of advanced technology, it only remains to be seen what else the future holds for us.

Digitalization is a large part of the architecture, no matter how big or small the project is. Freelancers and architects working in companies are all taking advantage of the valuable tools and software programs specially created for 3D rendering and architectural visualization of projects.

With machine learning, VR, and AR, architects can further ease their routine activities and elevate their projects to a new level. Finally, digitalization isn’t taking the current job positions but rather creating new ones.