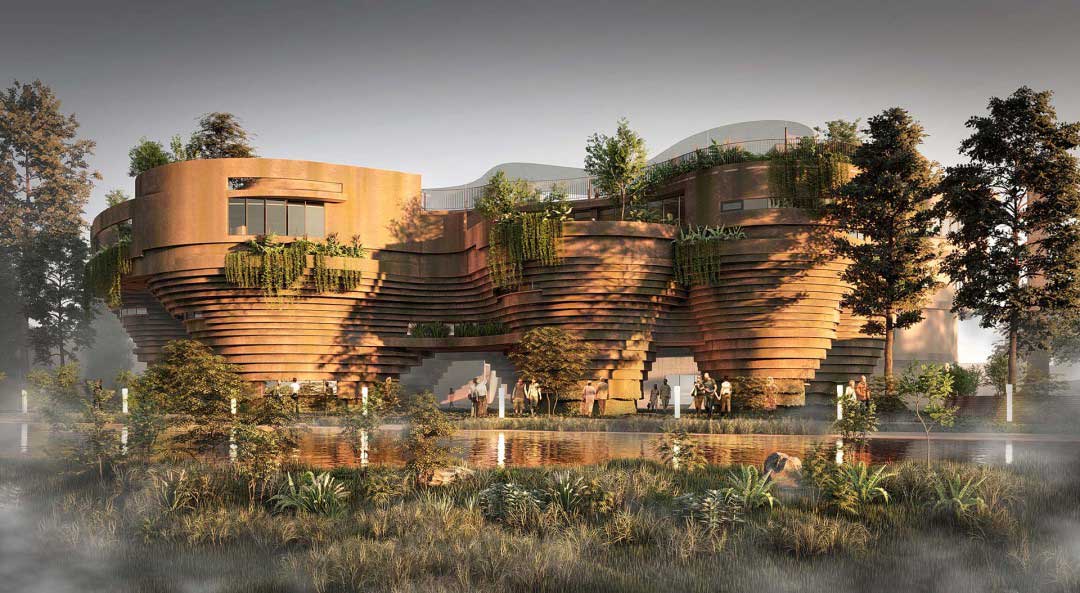 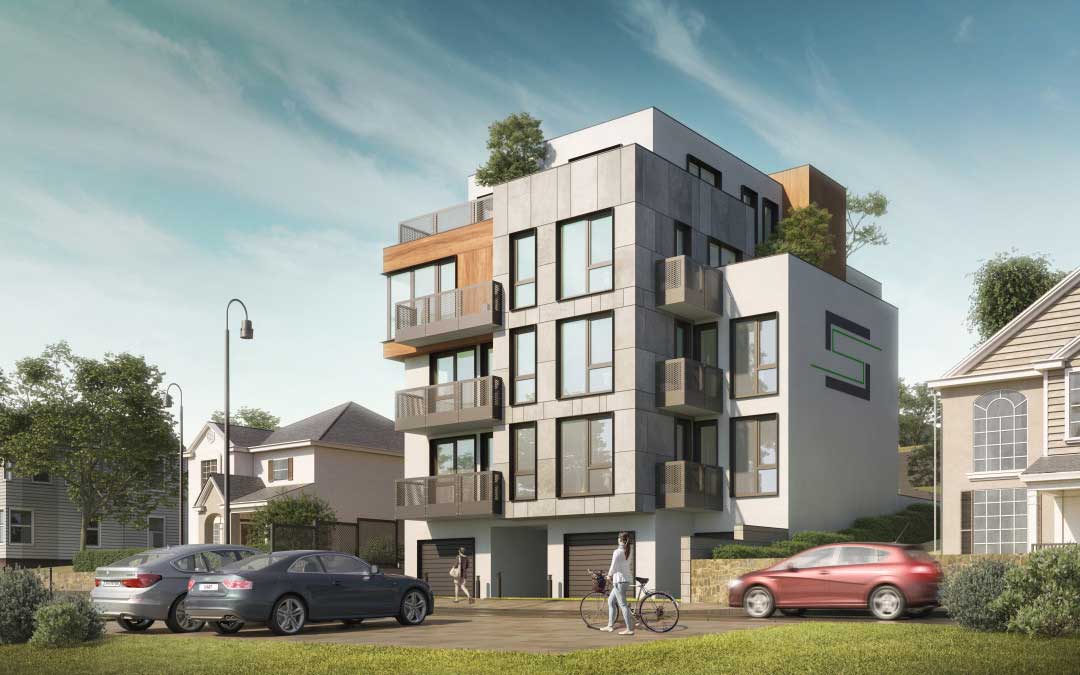 Easy Render
/
Architecture
Women in Architecture: The Past, the Present, and the Future

Architecture plays a vital role in our lives. It can help transform a city and give it a real identity. It helps people relate to what they see and provide them with a sense of home, even when downtown. The magnificent skylines, beautiful exteriors, and mesmerizing interiors you can see today are the results of work delivered by talented architects. Many of these architects were, are, and will be women.

But, more importantly, we will address the common challenges every woman had to tackle to achieve success and recognition.

Women in Architecture: The Past

Yes, architecture was a man’s profession from its very beginning. It doesn’t have a history of easily letting women in. The macho element has settled in the trade, and architecture still struggles to integrate women as it does men.

We can’t go on talking about women in architecture without mentioning Louise Bethune. Louise was a Buffalo native and the first woman in the US to start up her own architectural company. At the time, Buffalo was the construction center. She competed against some big names in architecture, including Frank Lloyd Wright, Louis Sullivan, and H.H. Richardson.

Nevertheless, she landed some major projects. The experts consider the Hotel Lafayette, as her architectural masterpiece.

Then we have Julia Morgan, who became the first woman to be accepted by École des Beaux-Arts in Paris to study architecture in 1898. At the center of her architectural legacy, we have Hearst Castle in San Simeon, California. Sadly, she was awarded a gold medal by AIA, almost 60 years after her death.

Mary Jane Colter is the next great name of our list. She was hired by the Fred Harvey Company and the Santa Fe Railway to design lodges and hotels. Her masterpiece El Navajo combined Native American, Spanish, and modernist architectural elements. But the authorities had it demolished in 1957 to widen Route 66.

Civilization had to wait until 1963 to receive its first architecture critic. Ada Louise Huxtable became the first critic with The New York Times in the US. Seven years later, she even received the Pulitzer Prize.

There was no effort to record the material record of women in architecture up until 1985. Academics at Virginia Tech founded the International Archive of Women in Architecture. Sadly, the blueprints, models, and drawings created by women until 1985 are very limited.

Women in Architecture: The Present

It took time to identify the challenges women have to tackle to make a name in the world of architecture. We had to wait for the 2000s to publicly and openly speak about the issues at hand. And, apparently, the issues are many. The situation is better than it was 100 years ago, but it’s far from being perfect.

For instance, back in 1900, 39 women graduated from formal 4-year architecture programs in the US. By 2000, the number of licensed women architects increased to 30,000. But this is only 15.5% of all licensed architects in the US.

One of the most extensive studies done in this field shines more light on the problems within the architecture profession. It showcases that the gender equality problem has evolved into a gender equity one. Participants of the survey had to answer one simple question - “Would you recommend a career in architecture?”.

30% of women, and interestingly 30% of men, say they would not recommend a career in this profession. In-work experiences hide the answer to why only 3 in 10 women recommend it. 30% of participants said they frequently work outside the normal office hours, and one in eight architects regularly work at least 50 hours per week.

More than 50% of surveyed women said they had experienced sexual harassment, bullying, and/or sexism during the past year. Only 37% of women said that they are paid the same as men by their employers.

Women architects also have to plan to have children in advance as it can severely undermine their position and level of responsibility in the firm. Almost 70% of surveyed women said that having a child has a detrimental effect on career trajectory.

Despite all these facts, several role models managed to pave their way to success. Amale Andraos is a co-founder of WORKac with a focus on bringing urban, natural, and rural together. We also have the fantastic Odile Decq, the French architect famous for her unique French Gothic style.

Sharon Davis is an award-winning architect focusing on delivering designs that can help communities thrive in a safe and secure environment. Neri Oxman is a famous American-Israeli designer and a woman behind the “material ecology” phrase. Her most famous work is the Silk Pavilion, which she used to demonstrate a way to overcome existing limitations of additive manufacturing.

When it comes to bringing cultural, traditional, and urban concepts together and turning them into an architectural masterpiece, Shahira Fahmy is your go-to architect. She is the most prominent Egyptian architect. All of her designs have a strong social responsibility vibe.

The list goes on, but it would be significantly bigger if women were treated equally. The problem here is how all those women working on small to medium projects are treated.

Women in Architecture: The Future

Women have gone a long way from being outsider players in the architecture of the late 19th and early 20th century to playing vital roles in challenging and big architectural projects. There is still a long way to go before we can say that the profession is built upon gender equity.

The ratio of women enrolling in architectural studies, and women who actually end up doing the job, is concerning. Other problems have to be properly addressed, including the gender pay gap, harassment at work, and the damaging maternity leave.

At the moment, it seems as if only the top talented women architects can cut through the noise, make a name for themselves, and work in a stress-free environment. Some of the upcoming architects you should definitely pay attention to are Pascale Sablan, the winner of the AIA Young Architects award in 2018, Helena Lucas Vieira, the winner of three A+ Awards, and Lora Teagarden, a 2017 Young Architects Award recipient.

But this is only a very small percentile of all women in the profession. What about the rest? We can only hope that gender equality and equity will help women achieve a better status in the profession. The American Institute of Architects publication “Diversity in the Profession of Architecture” will continue to play a vital role in making it easier for women to integrate into the profession.

The new AIA’s body, “Equity in Architecture Commission,” will also continue to investigate inclusion and diversity in the profession as gender parity continues to be the biggest challenge.

As you can see, women can shape the cities and urban landscapes around the globe the same way as men. Thanks to their creative spirit, dedication, hard work, and a bit of luck, the women we listed managed to make a name for themselves in the world of architecture.

The profession has made more room for women over the last century, but there are still some boiling issues that need to be resolved. The young talented women in architecture are yet to make their impact and forever change the world as we see it, be it buildings, parks, bridges, or housing projects.

The most impressive thing is that they had a lot more to give up than men to succeed, and yet they succeeded. We can only imagine the outcome if both men and women had equal chances. Thanks to the gender equality movement and AIA’s Equity in Architecture Commission, we can safely assume that, in the future, things will be the same in architecture for both men and women.