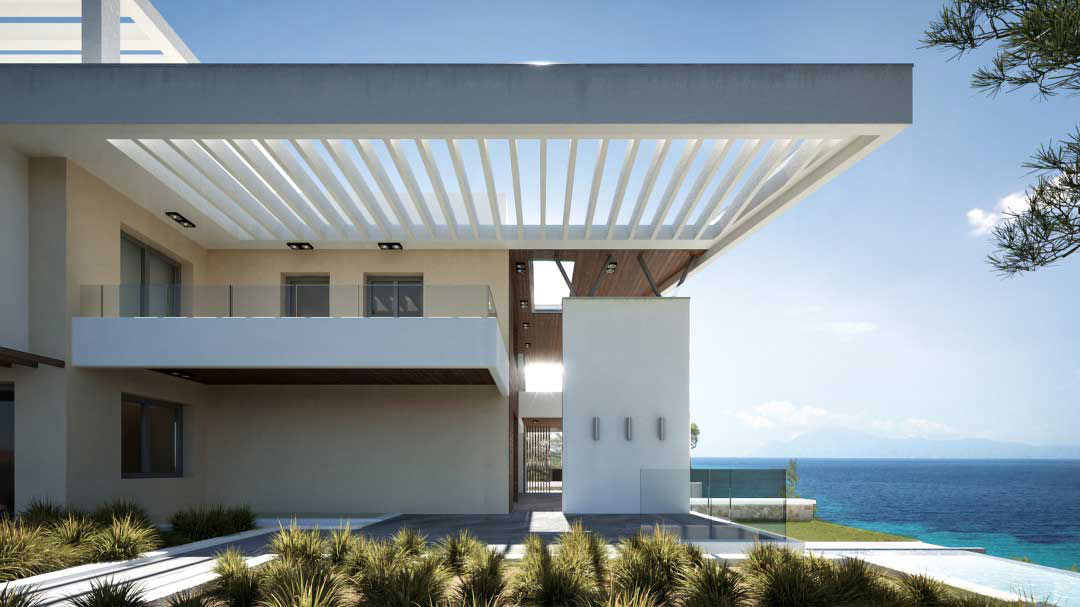 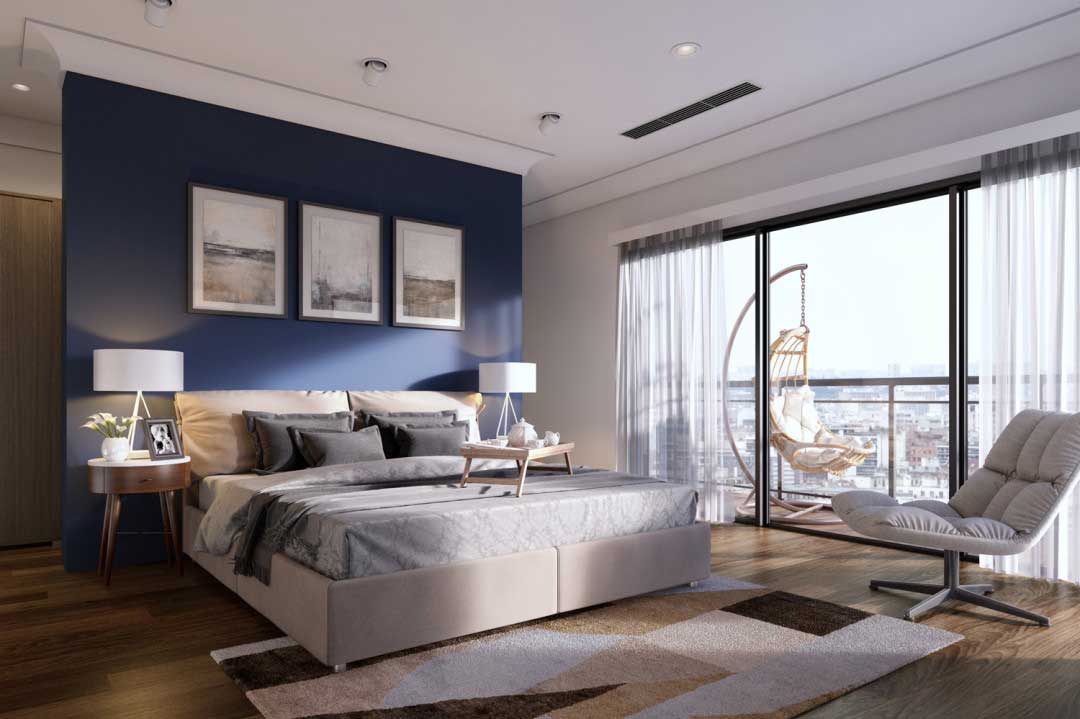 Easy Render
/
Architecture
What is a Ducted Air-Con System?

Ducted air conditioning is a type of air conditioning that is configured to move conditioned air from one area to another. This is done by using ducts and vents rather than directly blowing the cool air. Ducted systems are used in commercial buildings and homes for heating, ventilation, and air conditioning.

It provides a way to deliver conditioned indoor air to spaces where it’s needed most while keeping other areas of the house cool. Additionally, they’re more energy-efficient than standard split systems because they don’t have to heat up the entire house when only one space needs cooling or heating.

How Does a Ducted Air-Con System Work?

Ducted air-conditioning systems consist of an outdoor unit, which houses the compressor, cooling coils, and an electric motor. It also has an evaporator, which is a cooling coil that’s located inside the building and connected to the outdoor unit by a series of ducts.

The outdoor unit also includes a temperature sensor, a pressure sensor, and a control panel that automatically begins the cooling process when it’s too warm inside. The control panel can also be manually controlled by a remote, a wall-mounted panel, or a smartphone app.

The system is connected to an electrical outlet, which powers the compressor and blower motor. This is why air-conditioning units are typically installed outside the house.

Central systems are large systems that cool an entire house. They are designed for cooling large areas with high humidity, like commercial or industrial buildings. The outdoor unit is usually placed in the attic or on the roof, and there are ducts that go from the unit to each room in the building.

Central systems are most often used in commercial buildings but can be used in homes as well.

Mini-split systems are smaller systems that are designed for cooling smaller areas with low humidity, like offices and homes. They are installed indoors, and they typically have an outdoor unit that’s located outside the building. The outdoor unit has a duct that goes to the indoor unit. Mini-split systems are often used in homes, but they can also be used in commercial buildings.

Ducted systems work best in areas that have high humidity, like tropical areas and Southern Australia. In these areas, ducted systems are more efficient than central air systems or evaporative coolers because they don’t have to waste energy heating up the entire house. Ducted systems only cool the areas that are being used.

Ducted air-conditioning systems are more efficient than window units, and they can better cool areas that window units can’t reach. They can also be used as a backup system when the central air system fails.

Central ducted systems are typically installed in the attic or the garage, while mini-split systems can be installed anywhere in the home. This gives you more freedom in selecting a good location for the unit.

Ducted systems are more energy-efficient than split systems, and they don’t have to run as often. They also recycle the indoor air, which reduces the amount of fresh air that needs to be brought into the building.

Ducted systems are designed to be quiet, and many have soundproof insulation. This makes them quieter than split systems, and they don’t produce the rushing sound of outdoor units.

Can Be Added to a Split System

Central ducted systems can be added to a split system, giving you the best of both types of systems.

Ducted systems cost more to install than split systems. However, their lower energy usage can reduce your future energy bills by as much as 30%.

Central and mini-split systems require more maintenance than split systems. You’ll need to clean and inspect the ducts, check the internal blower, and change the filters once a year. You may also need to adjust the ducts from time to time to prevent them from being crushed.

While most ducted systems are designed to be quiet, some are louder than split systems. This is usually due to duct issues, and it can be resolved with duct cleaning and noise reduction techniques.

Installing a ducted system may be more complicated than installing a split system, especially if you’re adding a central ducted system. It’s important to make sure the ducts are run properly and secured to avoid problems with noise and loss of airflow.

Installations and Costs of Installing a Ducted AC

Installing a ducted system is a bigger job than installing a split system. However, it can offer many benefits, like reduced energy usage, cooling only the rooms that are in use, and quieter operation.

You’ll need to hire an air conditioning contractor to install a ducted system. The cost of installing a ducted system depends on the size of the system, the layout of the house, the materials used, and whether the system needs to be integrated into the existing ductwork. You can expect to pay from $2,000 to $5,000 for the installation of a ducted system.

Ducted air-conditioning systems are more efficient than split systems, but they cost more to install. They are designed for cooling large areas with high humidity and may be integrated with central systems.

Mini-split systems are smaller systems that may also be used in commercial buildings. They are installed indoors and are designed for cooling smaller areas with low humidity. When choosing a ducted system, you’ll need to consider the size of the area you want to cool and the duct layout in your house.

You can read more about the ducted air-con system here.

Outdoor Home Improvement Projects You Should Always Leave to the Experts
5 Things You Need To Know About Architectural Copyrights
Iconic Architecture: Lessons And Inspiration From Around The World
How To Choose The Right Type Of Paint
Fool-Proof Ways to Keep Your Home Warm This Winter
Buying a house? Why an architect's advice is essential
12 Things You Need When Preparing For A Construction Project
How To Buy The House of Your Dreams
How Architects Can Use Instagram to Grow Their Business
How to Design a Modern Contemporary House
8 Different Types of Victorian Style Houses You Should Know
Best Paid & Free Websites for Learning About Architecture
How COVID-19 Transformed Real Estate Marketing for the Better
Tips for Investing in Australian Real Estate
Email marketing for architects
What To Consider Before Investing In Property In Nevada: A Guide
How to Design Your Home
Factors to Consider When Designing Air Conditioning Systems
4 benefits of hiring an architect to remodel your smart home
7 Things You Need To Do Before Buying Your House
Why Does Having A Sturdy House Construction Matter Today?
How to Design a Modern Ranch-Style House
Modern Balcony Ideas That Will Impress Your Clients
4 Tips For Designing The Perfect Vacation Rental
Space Saving Architecture
Financial management for architects: A guide to understanding and planning
Top Online Courses for Aspiring Architects
Top Free Software Options For Architects
Things To Consider When Buying A Beach House
Starting Your Own Architectural Firm in Just a few Steps
5 Ways 3D Helps The Architect In Exterior Project Development
Anatomy of a House: Understanding the Components of Your Home
‍Want Your Child to Become an Architect? Invest in Your Child's Future Now!
Easy Ways to Keep Your Architectural Staff Motivated and Inspired
The Most Inspiring Modern Architects to Learn From
Best Free Architecture Tools That Get the Job Done
Design trends shaping future architecture: everything you need to learn to keep up with the new tendencies
Website Architecture Design: The Ultimate Guide for 2022
Architecture During the Great Depression: What Architecture Students Need to Know
Best Architecture and Design Websites For Online Learning
Most Inspiring Architecture Magazines You Should Read
Most Valuable Design Books Every Architect Should Read
Awesome Mobile Apps Designers & Architects Can Have Fun With
5 Ideas For Architecture To Promote Home Interior Designs Video
How to Manage Your Construction Work from Initial Vision to Finished Project
What Makes a Great Construction Management Company?
7 tips on making your solar panels look good
5 Things to Keep in Mind Before Undergoing a Demolition Project
Essential Elements for Creating a Warm Minimalist Home
Home Buying 5 Steps to Get You Started
New Technologies in Architecture That Benefit Both Clients and Architects
7 Tips When Building A Shed
How To Match Quartz Countertops To Your Kitchen Design
Reasons Why Some Architects Are Poor at Marketing Themselves
How Having Your Own Blog Can Help Your Architecture Career
How to Create a Successful Blog for Your Architecture Firm
Foundation Repair: 5 Ways To Improve Your Home’s Exterior Architectural Design
How to Communicate Your Ideas to an Architect
The Most Exciting Projects in Architecture This Year (2021)
7 Benefits of VR for Architecture
10 Qualities Some of the Best Architects Share
7 Ways To Say Thanks To Your Architect Or Designer
How Architecture Has Changed in the Past Two Decades
Automation Processes and Designs that Improve Efficiency of Industrial Buildings
Ultimate Guide to Marketing for Architects
8 Digital Marketing Strategies to Target Builders and Contractors
Importance and Benefits of Green Architecture
Why Architecture Is a Service Industry More Than Ever
5 Inspiring Architectural Designs for Your Next Commercial Project
How to Sell Architectural Services During Tough Times
Biggest Technology Innovations That are Changing Architecture
Getting Your Work Published in Architecture Magazine
Digitalization of Architecture for the Future
The Importance Of Lighting Design In Architecture
Trending Siding Types for Modern Home Design
Iconic Architecture Around the World That Every Student Must See
How Architects Help With Exterior Design
The Influence of Coworking Spaces on Office Architecture
Architects Vs. Construction Management: The Differences You Need to Know About
Interior designer tips on how to brighten up your house this spring
5 Benefits Of Hiring A Professional Landscape Designer
6 Preparation Tips For Building Your Dream Home
Your Guide to Architectural Metal Cladding
6 Tips For Designing Your Future Home
How Architects can use Instagram to Their Advantage
Desert Home Architecture - Mixing the Ancient and Modern
What To Expect When Hiring an Architect
‍Innovative Ideas for Your New Home
Don't Let These 4 Mistakes Hurt Your 'Dream Home' Plan
Simple Ways to Turn Your House Into Your Dream Home
The Future of Architecture: Artificial Intelligence Rendering Software
Smart Home Technologies that Will Raise the Value of your Home
Architecture During COVID-19: Has Everything Come to a Stop
Landscape Architecture: 8 Ways it Can Transform Our Cities
New Classical Architecture: Classicism Invades the Contemporary Approach
The Diverse Architectural Background of Peru and the Reasons Behind It
First Information About the World Architecture Festival for 2020 in Lisbon Released
Computational Design and Robotics Start Changing Architectural Design
Beijing Daxing International Airport: An Amazing Architectural Feat
Australian Architects Offer Free Design Services to Australian Bushfire Victims
© 2014-2023 Easy Render GmbH
Terms
Privacy
Cookies