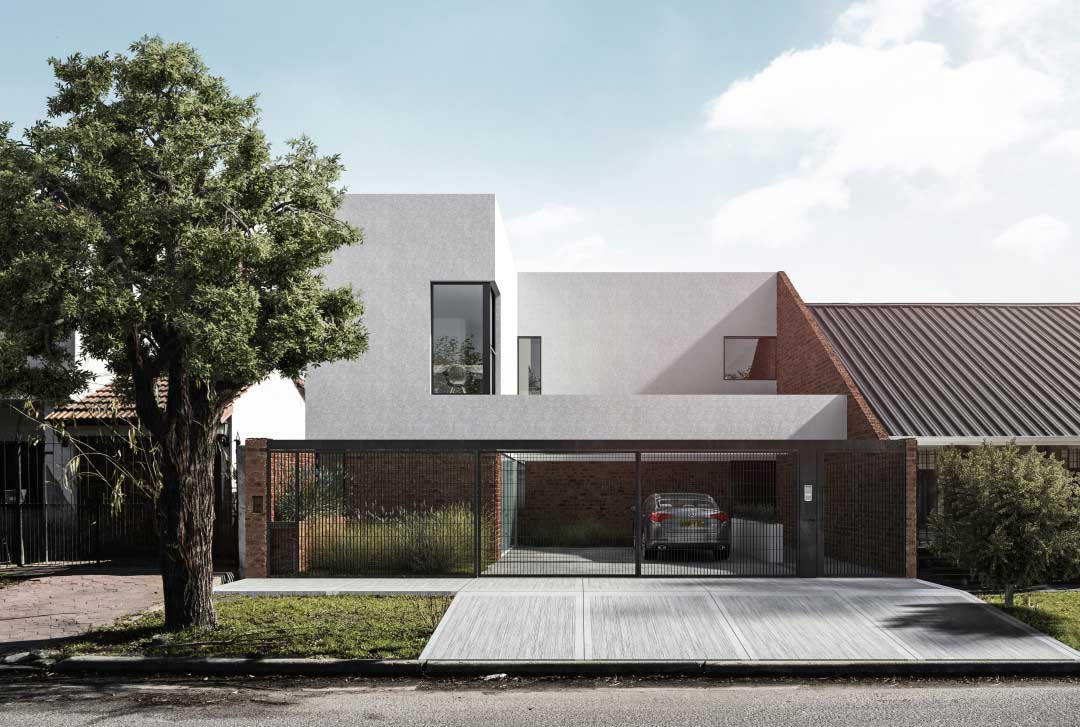 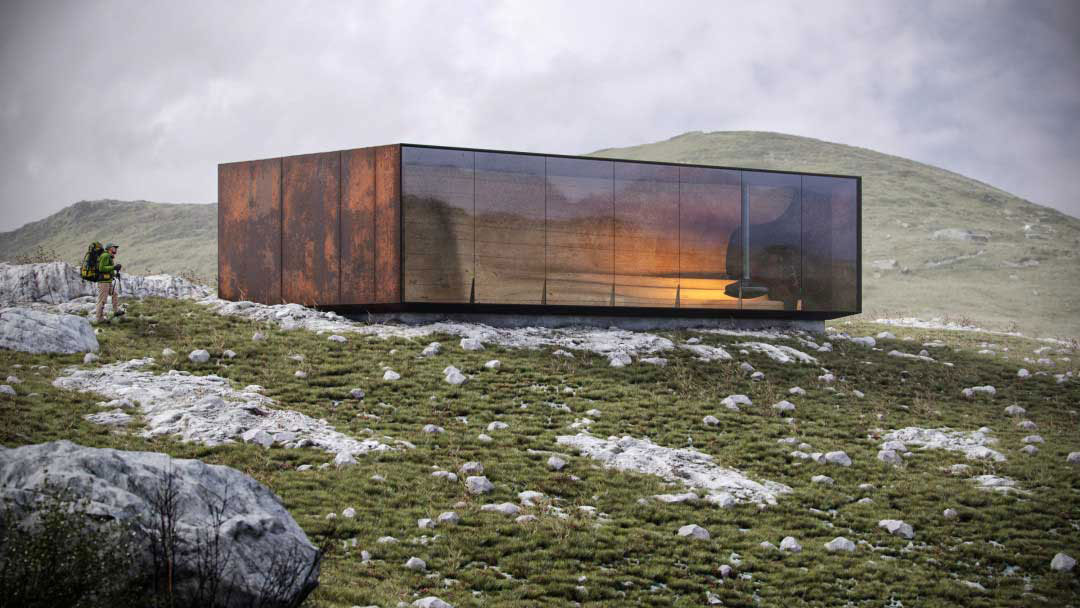 The world of architecture has undergone more changes than any other art form – and I’m not necessarily talking about styles. While many styles have come and gone, the techniques that substantiate them have shifted from pen and paper to the digital world.

Today, everyone can be an architect if they try hard enough. You don’t even need to know how to work a pen and paper – all you need is good software, a vibrant imagination, and some basic knowledge on the matter.

Architecture as an art form isn’t deteriorating due to this simplification – it’s flourishing. More fresh minds and groundbreaking new ideas are breaching from the ground and changing architecture and modern living as we know it.

In this article, we’ll cover everything there is to know about rendering, a crucial part of architectural visualization, as well as the development of new technologies that promise to shift the scope of this art form forever.

What is Rendering Software?

Rendering software is the software used in architectural visualization. It’s an intricate, large, CPU and GPU intensive piece of software that brings architectural models and buildings to life. By using rendering software, architects can present their models in a realistic 3D environment – which can later be used for modifications to the original design, marketing, and presentation purposes.

In exact terms, rendering software is a computer program that generates high-quality computer images from models.

Rendering, as a process, requires a lot of processing power. The software uses complex algorithms to generate photorealistic stills of models. Using these algorithms, designers can present their work in a simulatory, realistic, well-polished manner. Rendering has many uses aside from marketing and presentation, such as design revisions.

Two main hardware components go into rendering – the central processing unit and the graphics card. Many people prefer to use the GPU for rendering, as it streamlines the whole process and provides arguably better results in some cases.

How Rendering Software Helps in Architecture

Perhaps even more popular in the architecture sphere aside from rendering is 3D rendering. 3D rendering allows architects to present a full, venture simulation of their design, maximizing its presentation and allowing prospects to see the design from all angles. Through rendering, architects can present their design in an immersive, good looking, and functional model environment.

Aside from presentation purposes, a rendering serves a crucial role in the design process itself. Through rendering, an architect can preview his model in a 3D environment, allowing them to make all of the necessary changes before finalization.

The Development of Artificial Intelligence

Remember deep blue? IBMs chess-playing computer. It was a marvel of supercomputing technology that was revolutionary. Well, a high-end smartphone today has more processing power than the world’s most popular supercomputer, which was built only two decades ago.

Technology is advancing at a pace so rapid that we can’t keep up with it, and AI is the next logical step in the computing world.

Today, AI is used to streamline many processes that go on in the background. Through AI and machine learning, programs can learn to adapt to our jobs and make tedious tasks accomplishable at the click of a button.

It’s tough to tell what AI might bring to the table next, but whatever it is, it’s going to be nothing short of a complete technological revolution.

“How does this in any way connect with architecture and rendering?”

Well, the answer is far simpler than you might think. AI streamlines, simplifies, and improves rendering, and might propose the necessary solutions that are required to take architecture into its new golden age.

Rendering is being used in all kinds of art. Anything from industrial design to architecture makes use of rendering software – meaning as the software advances, so does the industry. Rendering software isn’t exactly the cheapest thing on the market, so it often takes some corporate financial backing to get the proper tools.

Through this investment, rendering tools are continually improving, though. With the advanced on-going sophistication of rendering software, the tools themselves are getting more sophisticated with each passing update. Things that used to take hours of effort and years of learning and determination can be streamlined to a couple of seconds.

Alternatively, as time passes, the potential computing power of many PCs is skyrocketing, turning rendering into a relatively fast process.

With artificial intelligence, rendering software can become one with the designer that’s operating it – improving performance, simplifying operation, and streamlining the production process as a whole.

Samsung is one of the most important powerhouses in the rendering world, and it’s AI software shows quite a lot of promise, as demonstrated in its 2019 exhibition. The images presented in the demonstration don’t look too good. Their resolution isn’t the best in the world, the images are grainy, and they look like a middle-class smartphone took them from 2018.

The catch with this is, these aren’t images at all. The demonstration wasn’t highlighting images created by humans – it was presenting renders generated by artificial intelligence. These images show things that don’t exist in the real world – they’re just simulations.

With that being said, the situation completely shifts once you take the realism of the AI-generated photos to mind. It shows that through the use of AI rendering, the potential to create hyper-realistic buildings slowly enters the field of architecture – but it also raises a couple of concerns.

While inventiveness is the key to innovation, not everyone is as satisfied with the current state of AI, let alone its future. There are genuine fears that AI technology will replace a significant portion of the creative workforce, and the AI-generated photorealistic visuals by Samsung only bolster that fear. We’ll address these concerns down the line in this article.

Concerns and genuine fears aside, there are many-a good things that AI rendering could bring to the table. In this section, we’ll cover some of the most promising benefits that AI could produce in the next couple of years.

All these benefits are from the architectural perspective, but the list of benefits doesn’t end with our selection. We’ve merely highlighted the most important benefits for architects, but the list goes on.

Rendering is a very time-consuming process. It requires a substantial amount of computing power, which stems either from the CPU or the GPU. Through the advancement of hardware, this process is streamlined and takes a substantially shorter time.

However, this process isn’t only slow because of hardware limitations. The software that devises and implements the advanced algorithms required for rendering could be improved significantly, especially by introducing AI and machine learning.

Through AI and machine learning, rendering can be sped up massively. The time it takes for AI to devise a solution and implement it during the rendering process is far shorter than merely relying on a hypercomplex algorithm.

Through the introduction of AI, rendering can be sped up, simplified, and streamlined to a far greater extent than its current state.

Editing is a long process in itself, but the effort isn’t the only thing that comes into play. The time needed to render edits and process input information can be very long, especially when combined.

Alternatively, some edits are near impossible to accomplish in a particular time frame due to technological limitations. AI could hone in on this issue and provide the necessary solutions that artists can use to streamline and even automate their editing.

AI promises to bring many instant solutions to prevalent problems when it comes to editing, especially in design and architecture. Rendering makes manual editing simple, but AI-enhanced rendering could potentially remove all the manual work from the editing process as a whole, which brings us to the next point.

Designing, optimizing, editing, and exporting an architectural design is laborious, time-consuming, and requires lots of effort. There are many tools and programs that significantly cut down on all these factors and streamline the process, but through the introduction of AI, the whole landscape is due for a complete change.

AI and machine learning can work alongside the designer and help them automate as many processes as possible. Things that used to take a lot of time and effort could be solved with a push of a button, thanks to artificial intelligence.

With less manual work required to produce a high-quality architectural render, architects can devote more of their valuable time to developing their design to a higher degree of sophistication.

Flaws tend to happen more than you might think, especially when you’re rendering. That’s why rendering is the primary way for architects to detect flaws with their design. Artificial intelligence will provide the necessary programming to detect possible flaws so that the designer can fix them in due time.

Everyone makes mistakes – it’s how you deal with them that counts. Mistakes in the architectural design process can be downright disastrous if unnoticed.

There are many regulations, rules, and laws put in place that define the restraints of what an architect can do. While something might be lovely as a 3D render, it could be too expensive, dangerous, or complex for the real world.

Through AI and machine learning, architects can easily spot any flaws and mistakes in the design and could resolve them at a faster pace due to automated editing.

In short, no. Nothing will ever replace 3D artists. While AI is a very interesting tool, it’s just that, a tool. AI is a fantastic manifest of technology that can aid 3D artists in their design, but it’s highly unlikely that AI will replace 3D artists.

AI, while sophisticated, still has its fair share of disadvantages, downsides, and quirks, all of which need to be ironed out if it were ever to start designing on its own.

AI is one of the up-and-coming technologies of the future that we have the honor of working with today. It has been around for a while, but it’s continual development and sophistication drive innovation to such a degree that pretty soon, we’ll see it everywhere.

While frightening, the AI revolution is ultimately good for the workforce, the economy, and especially architects. Artists can use AI to streamline many processes that used to be time-consuming, laborious, or simply boring – making the whole design process simpler, faster, and more efficient.