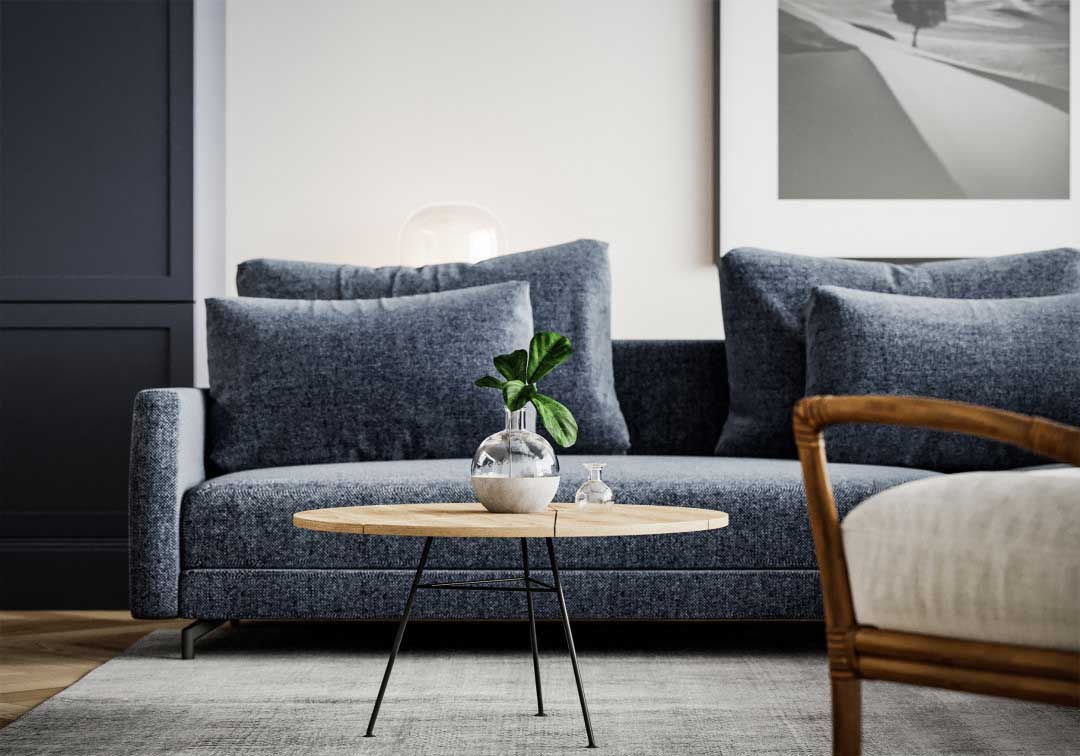 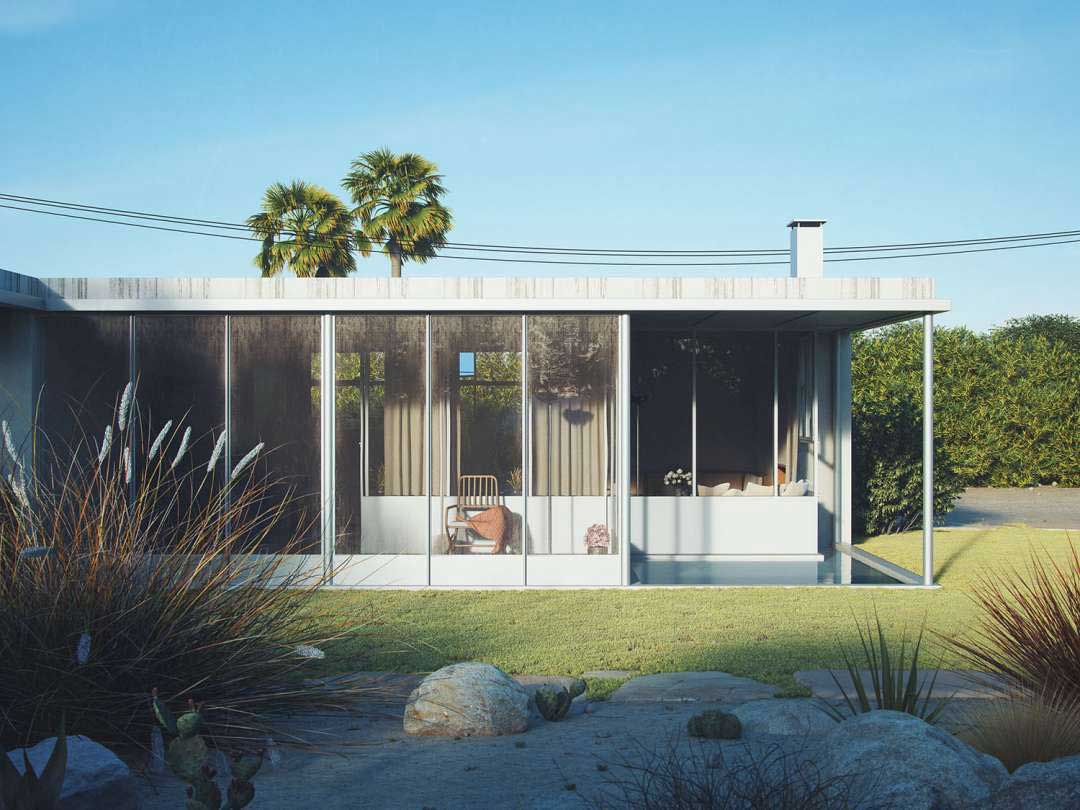 I remember it like it was yesterday. There I was: a young, impressionable architecture student with a 24 inch roll of trace paper and a fist full of freshly sharpened HB pencils, ready to make my man-made mark on the planet. I sat eagerly at my tall studio desk when a disheveled 40-something man came lumbering in with a stack of unorganized folders and crumpled papers under his arm. He haphazardly slapped the folders on the table before looking up and revealing Costco-sized bags under his eyes and a daze I would soon know all too well.

What the hell happened to this guy?

Well, to put it bluntly, architecture happened to him. A life of personal and professional anguish that chewed him up, spit him out, and landed him in the only place a failed architect has left to go: the education system. It was like looking into the future - a future where late nights, deadline crunches, last-minute iteration upon last-minute iteration and  a steady diet of caffeine and underachievement reign supreme.

This is the life of an architect. It’s hard. It sucks a lot. And I’m here to tell you why we do it anyway (warning: self-deprecation incoming).

That’s Pride F*cking With You

There’s a famous quote from Quentin Tarantino masterpiece, Pulp Fiction, where mob boss Marsellus Wallace is attempting to persuade boxer Butch Coolidge to take a dive. Marsellus offers a last bit of advice: “The night of the fight you might feel a slight sting. That’s pride f*cking with you. F*ck pride! Pride only hurts, it never helps.”

Architects feel this little sting every time they think about abandoning ship and pursuing career goals of the less masochistic variety. We are an extremely prideful bunch, and as Marsellus so aptly puts it, it almost never helps. It’s an ailment that develops during architecture school alongside skills in drawing, composing, and making massing models out of poured plaster of paris. Pride is often the single most motivating factor for a budding student who would rather work well into the night then get laughed off the stage during their design critique the next day. People go through great lengths not to look like a fool, and in this particular profession if you’re work is mediocre, the world will let you know about it.

That sting only gets stronger the more you are exposed to the daily grind that is working in an architecture office. Late nights and perfectionism engrains itself deep into the office culture, quickly weeding out anyone who doesn’t adhere to these unspoken rules with stern looks and non-invitations to lunch and happy hour. You either worked overtime without a chance of extra pay, or you weren’t cut out for the profession. The people who stick around inherit that mantra and pass it along to those who come after. And it’s all rooted in a single, silly fear of not being good enough.

You know about the carrot, right? The thing dangled in front of the donkey in order to get it to keep moving. Well, the architect’s carrot is unique to only that profession because not only is the end result of their labor something you can see, touch, smell and feel - it’s something that provides humans with a fundamental necessity for survival: shelter.

This isn’t just an end game for most architects, but a grand purpose only a select few people have the skill set, temperament, and determination to pursue with any amount of success. Which I would actually agree with. I’ve sat in those rooms and done that job. It’s hard. The best way I had it described to me was to take eight to 10 flaming chainsaws, throw them all up in the air at once, then make sure none of them chop your arms off as you try to keep them in the air.

It’s a juggling act, but rather than chainsaws you’re dealing with clients, builders, subcontractors, code reviewers, city planners, your own ego, engineers, technology, the weather, politics, etc. There are so many things that have to go right (and almost never do) in order to execute a design it’s a wonder we’ve been able to get as far as we have. And at the end of all that headache is a physical manifestation of your work in the form of something humans have needed to thrive for thousands of years. There really is nothing like the feeling you get when you see a massive work of architecture you worked on come to life.

That is the great carrot, and probably the single biggest reason architects work themselves into the ground like they do. It’s a sense of duty and fraternity rivaled by very few other professions.

Perfection is Achievable Until It Isn’t

If there were no deadlines - no tangible light at the end of the design tunnel - an architect would continue to venture further and further into the dark abyss attempting to perfect some godly object of form and space. Thankfully, for the sanity of us all, there are always deadlines and there is always a massive crunch to make sure they’re met because the design will be changed, challenged, and refined until the moment it hits the presses and gets shoved out the door. Consultants hate this. Builders dispise this. Clients lost sleep over it.

I’d say the architects get the worst of it, but because of pretty much everything else I’ve said previously, they actually live for it.

As with any great artist, performer, athlete or entertainer, the highest form of their craft is what one truly strives for. This notion is not lost on architects, although the stakes are often much higher when money, jobs, reputation, and the success of a highly visible and publicized civil project is on the line. Being perfect or near perfect isn’t just something thrown around the office like a sand-filled stress ball. It’s a necessary bullseye nailed on the wall of the conference room that reminds everyone of why they’re there.

The pursuit of perfection is a fickle witch. Proceed that pursuit with brave caution, because it will either propel you to the top of drop you off at the local community college.

If You Want It Done Right, You Gotta Do It Yourself

Architects are notoriously bad at delegating work. It’s one of the few things that separates the good architects from the truly legendary ones. I’ve been at very few offices that have an organized tree of project architects, designers, drafters and interns. Sometimes it’s almost impossible to know who you answer to, what you’re supposed to be doing, and how you’re supposed to be doing it. Getting thrown into the fire is a regular occurrence, and while that can be a great way to learn things the hard way, it can also be detrimental to the success of an architecture office.

It all stems from a universal feeling among design professionals that they can do things better if they do it themselves. It’s not a bad thing, it’s just what it is. It has almost nothing to do with overconfidence or elitism or distrust in others. Most of the time it’s a calculated assessment of effort versus time. I could spend an hour explaining how to do this to someone who’s never done it before and will probably do it wrong, or I could spend that hour just doing it myself. Of course, the argument is if you teach a man how to farm yada yada yada. But when a design review meeting is staring at you down the barrel of a gun, there’s little time to be handing out life lessons.

There are some glaring holes in the success of this approach, but if you’ve ever worked at an architecture office you’ll know it’s really just a dressed up room where people run around like their hair's on fire. At least, what’s left of it. It’s pure chaos but somehow results in an end product that is a beautiful sum of its disjointed parts. I think I remember saying something about flaming chainsaws?

But, at the end of the day, all of this is worth it to most architects because they are truly passionate about what they do. They have to be. No sane person would subject themselves to the masochistic grind that accompanies the profession. It’s a lot of work, but it’s also a lot of fun. And seeing those beams go up and those lights go in carries with it a sense of wonder and accomplishment that isn’t easily replicated.