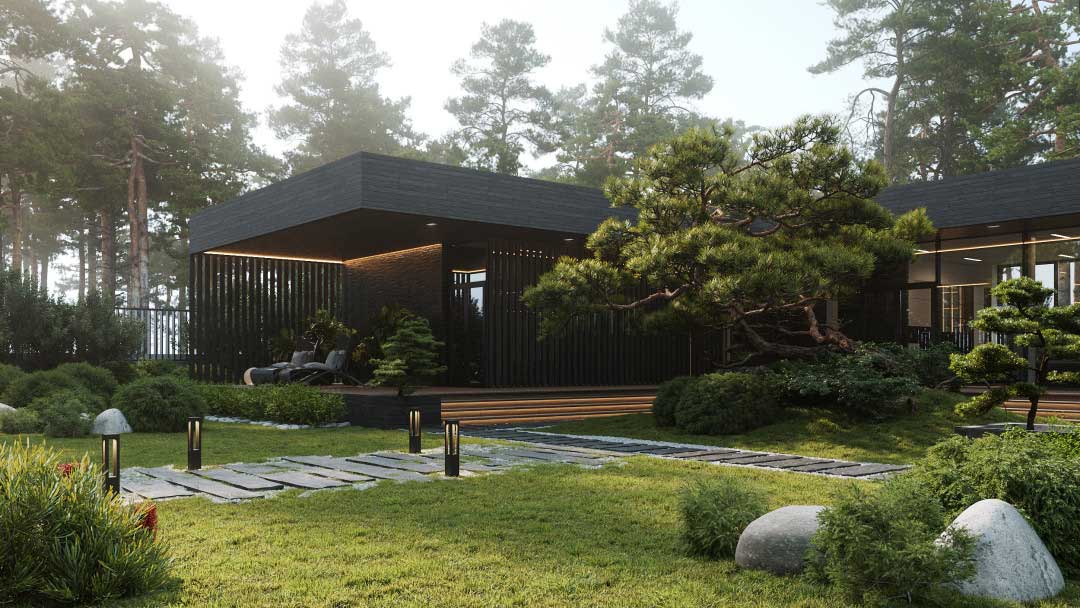 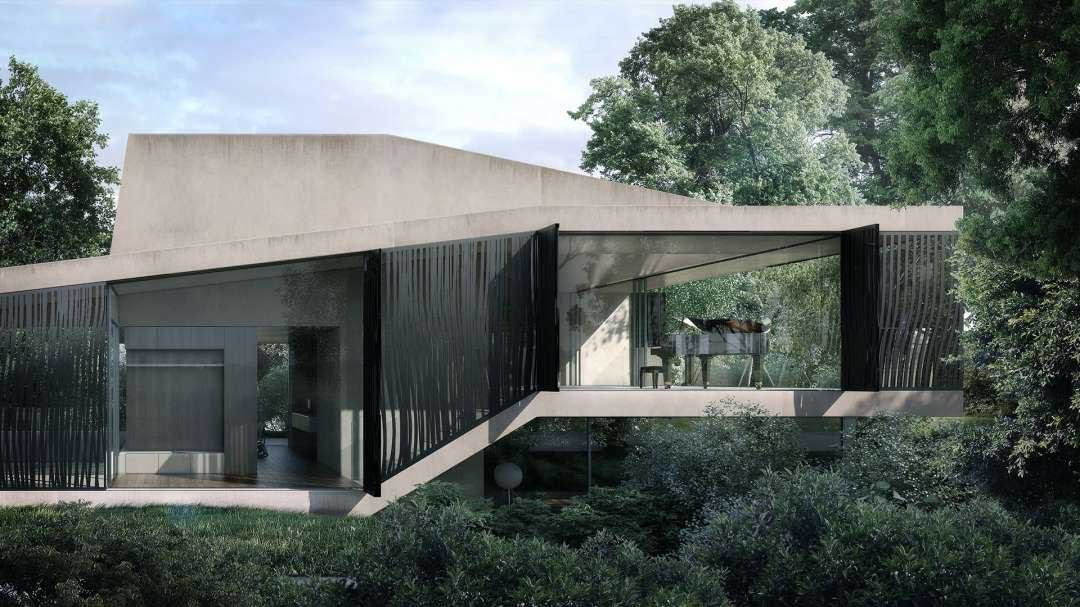 Easy Render
/
Architecture
Influences of technology on architecture and design

Architecture and technology have always intersected at a precarious crossroads. In a very real sense, architecture and design are applied sciences that utilize research and development in technology to propel their work to new heights, presenting buildings and products that are not only more interesting, but more responsible and useful as well. Everything from digital drawing and rendering, to construction documents and building are becoming easier to do with better results.

Everything we use on day to day basis is being affected by breakthroughs in technology. Some of these things are vital to our everyday lives, others simply make things easier. Imagine a world where you could avoid flossing forever and avoid the passive aggressive shame that comes with a yearly dentist visit. Keep imagining it, because we aren’t quite there yet. We are, however, well on our way to removing the mundanity from life allowing humans to focus their time on the things that matter most. The following products, designs, buildings and ideas are what the people around the world are coming up with using technology as their inspiration.

Computers are becoming faster, stronger, and more globally ubiquitous. Today, around 40% of people on the planet have access to a computer and the internet. That number represents over 3 billion people and is growing every day. With that many people having access to emerging technology, we are learning how to better use them on a massive scale. This article hopes to outline some of that technology, and show how it is being used by architects, designers and artists to build a better, more efficient, more visually stunning digital world.

By now, everyone knows what 3D printing is about. I remember when I was in architecture school last decade and we had a revolutionary new way to build models and study design. It sat alone and unused in a dusty corner of the wood shop because not only did no one know how to use it, the models it produced were crude and sloppy. They were the low-res, pixelated images of the early internet.

Less than 10 years later, things have changed in a substantial way. Designers are making use of advancements in 3D printing and rapid prototyping to not only build better, more accurate design models, but to build full scale representations of their work. Soon, entire buildings or installations will be the product of 3D printing. There’s even a group developing a system that pours concrete blocks using a giant automated extruder. It’s called Contour Crafting, and it can construct structurally sound bearing walls in almost any shape in a matter of hours.

The applications only begin there. The list of things that can be 3D printed using cutting edge techniques are almost infinite. Sneakers. Furniture. Musical Instruments. Candles. And, as I mentioned, entire buildings. We are just scratching the surface of what’s possible. 3D printing could soon bring about a design revolution as impactful of the invention of petroleum products. Hopefully minus all the off-gassing and environmental degradation.

It’s the basis for the 3D printing output, but also the backbone of the other important ingredient in the designer's presentation soup: visual images. With the 3D model in hand, 3D rendering artists can produce the beautiful image that will sell the project and compliment the 3D printed model that came from the same source material.

I have mentioned it a couple of times already and I’ll probably be inclined to mention it a few more. Advancements in 3D modeling and 3D rendering technology is having a massive effect on the products we use and the buildings we inhabit. Rendering artists are getting so good at their craft, they are able to produce clearer-than-real-life images pulled straight from the digital fortress and into your eye holes. It’s changing the way we design in a way that simply wasn’t possible even 10 years ago.

Modeling software and 3D rendering software such as Rhino, SketchUp, and Maya are revolutionizing the digital world, providing vital design information to architects, city planners and interior designers. Furthermore, applications like Google Earth are becoming so detailed and comprehensive, users are able to pan and orbit around the globe in full 3D. These things do not just happen with magic, hope and prayer either. They are complex networks of 3D models made for the general public by 3D artists and engineers who dedicate their lives to visualization. There are even companies such as Easy Render that pair these artists with the people that need them. The process for finding 3D artists and producing realistic 3D renders and architectural visualizations has never been easier, and will continue to be a cornerstone of progress in the design industry for decades to come.

Virtual Reality or VR for those in the know. Most people do not know it yet, but VR is about to take over the world. The technology involved in making VR what it is today goes way beyond the choppy tech demos that used to travel with science fairs back in the late 90s. With devices like Facebook backed Oculus Rift and Valve’s Vive VR hitting shelves this month, we have never been closer to being fully immersed in virtual reality ecstasy. Go anywhere. Do anything. Be anyone. Virtual Reality is about to open digital doors that before were tucked away snugly under the science fiction umbrella…

There are not enough pages in all the libraries in the world to run through the possible applications for VR. TV, movies and video games are the most obvious and most commercially practical directions VR will initially head. Beyond that, the possibilities are endless. Architecture and design could change as we know it, and it could happen overnight.

Soon architects will be able to fully construct 3D representations of their work and use VR to put their clients into the experience before the first brick is laid. We have had the ability to do this for quite some time now, but to actually put on a headset and drape your senses with sound and space will make the spaces and materials instantly relatable and understandable. Some might call VR a game changer. And because of the parallel advancements in 3D rendering and 3D modeling capabilities of young designers and 3D rendering artists, those 3D worlds are becoming more and more like stepping outside your real door into real life. As we progress, the two technological trajectories will be closely linked in the design industry.

And VR is not reserved for people who can afford to spend over a thousand dollars on a decent setup. McDonald’s (yes, that McDonald) developed a Happy Meal box that can easily be broken down to be used as a makeshift 3D goggles that works with any smartphone. Google developed its own cardboard design that can be downloaded and created by anyone for free. This is the gateway for people to experience VR without shelling out the greenbacks for the highest end gear.

This is the future. So you better brace yourself for impact.

Drones get a bad rap. Between unmanned aircraft indiscriminately removing entire villages from the planet and annoying pre-pubescent teens spying on sunbathing neighbours, drones have become technology public enemy number one. It is not unusual for advancements in technology to stir up such vitriol from the general public. It was not too long ago people were outraged at the irresponsible, often damaging ways people were using the internet. But in such ways that technology is used for evil, it can also be used for good.

Amazon recently unveiled a plan to use drones for near-instant delivery on demand. Put in an order for certain items in certain cities and a drone will show up at your doorstep and drop off your order in less than half an hour. It is crazy to think about that reality, but I will not dare throw anything past CEO Jeff Bezos and his army of overworked tech nerds.

Several architects and designers have been collaborating to develop a system of erecting entire buildings with the use of drones. One proposal has drones dropping housing modules into place like Lego blocks, going from foundation to skyscraper in a matter of days.

Additionally, drones have begun to be used by realtors, architects and designers to get people into real interior space before a building has been constructed. The crew will take a drone to a job site, whether it be urban or rural, and can fly the drone around to capture to most precious and important views via an on-board camera. The architect can then take this image data and superimpose it into their renderings for the project, giving prospective clients and buyers an accurate picture of what the living room will look like when viewing the cityscape beyond. It has become a valuable tool for 3d renderers who are looking to produce the most accurate design drawings this side of real life.

All of these technological advancements are pure gold for designers and architects. They are creatives who can be closely linked to the mad scientist, and are always looking for new ways to do crazy shit. There is a lot of money to be made and saved using cutting edge design, production and construction techniques, not to mention the rendering and 3D environment building techniques that continue to put people inside the building or in front of the product before it is a real thing.  Where there is money to be made, there is progress to be had.

I cannot pretend to imagine what is possible in the next 10 or 20 years if we continue on our current path of discovery, but I can tell you that I hope I am around when technology outpaces the problems humanity faces. Here is to also hoping that does not culminate in a robot uprising and an indestructible Arnold Schwarzenegger…