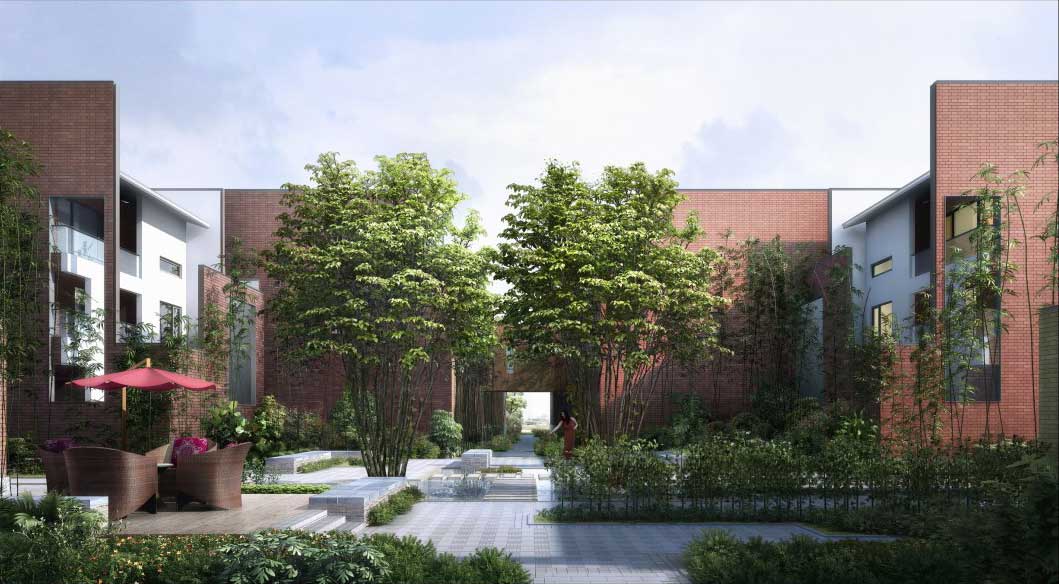 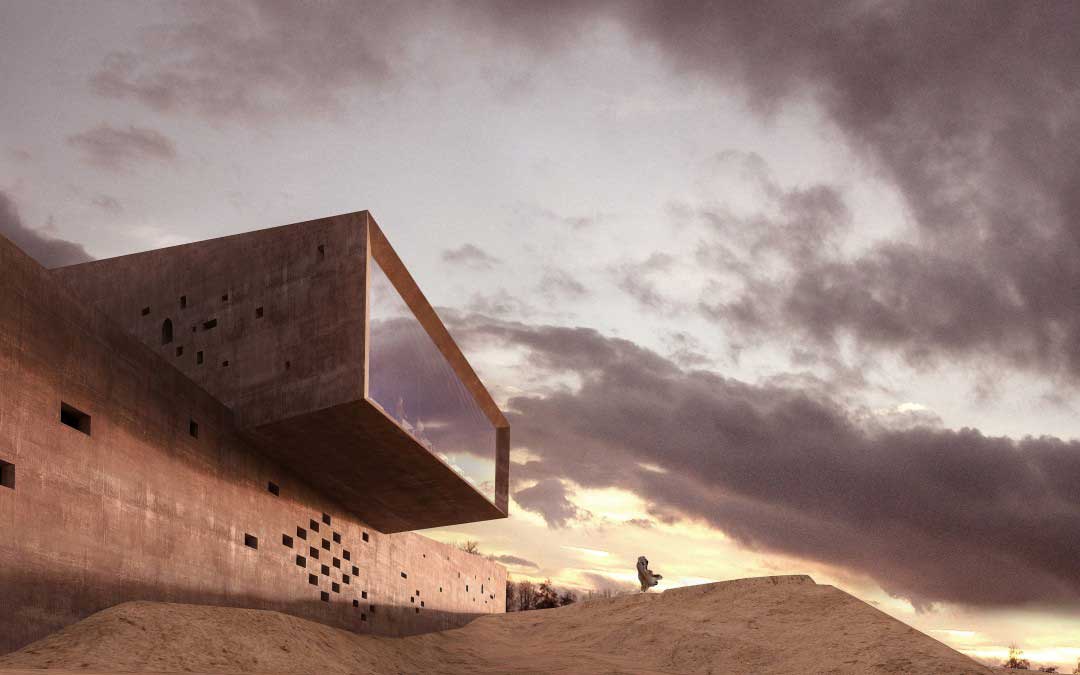 Iconic Architecture Around the World That Every Student Must See

The history of a place truly lies in its architecture and no matter where you travel in the world. You will be charmed by iconic buildings and heritage sites. Architecture has a major role to play in creating history or bringing fame to the city’s infrastructure.

The best way to explore and learn about the architecture, design, and history behind the creation of these is by making actual travel plans. Students who are looking for inspiration or are inclined towards history must ensure travel to some of the iconic and world-renowned sites.

Envisioned and designed by the famous Spanish architect Antoni Gaudi, Sagrada Familia is a breath-taking and unique church construction situated in Barcelona, Spain. The unique gothic theme to the church is what sets it apart from the others and is a treat to the eyes. The elements were inspired by Art Nouveau.

The beauty of the building is that it remains under construction owing to the untimely death of the architect. The project is underway to completion and is expected to be ready by 2026. Apart from the Sagrada Familia, your trip to Barcelona can be made more fruitful as there are a couple of other famous worlds by the same architect to look out for.

The Leaning Tower of Pisa is unarguably one of the most famous architectures in the world and rightly so. Most renowned for its tilt was a consequence of constructing the tower on the soft ground from one side that made it difficult to hold the weight of the structure.

The tower is estimated to collapse in the next 75-100 years. Historically rich, this iconic tower was a military base during World War II. The construction took as long as 300 years and that is truly what makes it a wonder worth visiting in its most natural form.

Easily regarded as the target tourist attraction in Sydney, the Opera House displays the marvellous and intricate architecture of the 20th century. The beautiful structure has three interlocking shells that are home to the performance area and the restaurant. Indeed a masterpiece of modern architecture, the Opera House is a symbol of pride for Australians. The construction took 17 years and involved participation from 10,000 laborers, costing 102$ million in construction.

Architecture students learn about various aspects that include design, history, and inspiration behind the construction of famous and iconic sites around the world. This study also involves preparing essays on various key lessons about architecture and construction. The online essay editing services offered by EduBirdie are a great way to provide high-quality work at your institution. They offer essay services along with online editing or even help with modelling software + essay examples or essays on rendering for students to learn better.

The Colosseum is the largest amphitheatre that was ever built and continues to be one despite its long-standing years. This oval amphitheatre was active for 500 years and was used for various entertainment activities and offered a massive seating for 50,000 spectators at once! The arena contained as many as 36 trapdoors that were used to accommodate the animals before the games.

The Colosseum has further withstood natural calamities like earthquakes and loots. An earthquake in 1349 severely damaged the construction and led to a part collapsing. Truly an iconic wonder and a massive tourist footfall, it has become a tourist spot attracting as many as 6 million tourists every year. Rome is also home to fashion design schools that offer great education to aspiring students from across the globe.

Correctly regarded as a true wonder in the world, The Taj Mahal in Agra was built by a famous Mughal emperor Shahjahan in the loving memory of Mumtaz, his third wife. The iconic white heritage site was built by 22,000 laborers that consisted of designers, architects, and craftsmen who excelled in stone cutting and embroidery.

This marvel with beautiful design and architecture took 17 years to build. Inspired by architecture from Islamic culture, Turkish, Persian, and Indian styles, it is regarded as the seventh wonder in the world.

The Forbidden City was home to the Ming Dynasty emperors and was built between 1406 AD- 1420 AD. The heritage site has the largest preservation of beautiful wooden structures and has a massive tourist attraction. The Forbidden City boasts astounding Chinese architecture. At the moment, as much as 40% of the construction is closed for renovations.

As magnificent as it can get, the Forbidden City is spread across a whopping 7,750,000 sq ft, and it took as much as one million laborers to complete the construction. This magnificent site was home to as many as 24 emperors in the Chinese ruling back then. It has more than 8,728 rooms and at least 90 palace courtyards and is a total of 980 buildings!

Hagia Sophia was initially a church that was later turned into a mosque and is a great example that displays Byzantine architecture. Constructed between 523 AD and 537 AD, it has been built several times owing to spoilage owing to earthquakes and riots. This beautiful structure is a contrast between mosques and churches with religious touches from both.

Buckingham Palace has been a treat watch in images, movie scenes and is a rather magnificent palace that was brought by George III in 1735. Looking like a red brick house, it was slowly transformed into what it looks like today.

The palace was bombed during World War II and had to undergo work to be restored. It stretches for 39 acres and has 775 rooms, of which 52 are royal bedrooms and guest rooms, the others are for staff, staterooms. It is also one of the few palaces that are still in use by the rightful owners.

The Burj Khalifa is the world's tallest building and is a true representation of luxury. This mammoth of a skyscraper stands as tall as 828 meters.

Beautifully designed and structured, the top of this magnificent building is visible from as far as 60 miles! 12000 workers worked on the construction each day until the completion of this wonder that Dubai rightly boasts of. It took about six years to complete and it opened doors to the public in 2010.

This was initially one of the most private residences for the Kauffman family built by American architect Frank Lloyd Wright in the year 1934. The structure has been laid out in a way above a 30ft waterfall and seems as if it is not standing on any solid ground. It soon became a historic landmark attracting many tourists to enjoy this wonder.

Built in 1962, it was a futuristic design that stands at 184m height with 42m width. This structure truly looks futuristic and marvellous, with a solid foundation that can withstand strong earthquakes and wind velocities.

The twin skyscrapers have been a part of postcards and images for years and continue to be of the most famous constructed buildings in the world. It was built from 1998-2003 and is 451.9 meters tall, and is the most iconic landmark of the capital of Malaysia.

The most beautiful part of this construction is the dome that measures nearly 112 meters. The building is easily the most iconic wonder in London. What makes it more interesting is that the design concept itself took about nine years and a total of 35 years to complete the construction.

James Hoban, the architect behind the ever-famous White House, submitted a plan to build it in 1792. The construction was completed in 1801 and since then, it has been home to every US leader. White painted Aquia sandstone, the essential element used to design this House in Washington and quickly became a place for political power.

The world is a perfect representation of history and modern culture and that can be seen in ways of construction and architecture. With heritage sites that are true wonders, modern architects are taking things up a notch by building skyscrapers and modern architecture that represent the present times. Many of the new and upcoming buildings stand a chance to be a point of historical discussions, just like the ones discussed above.