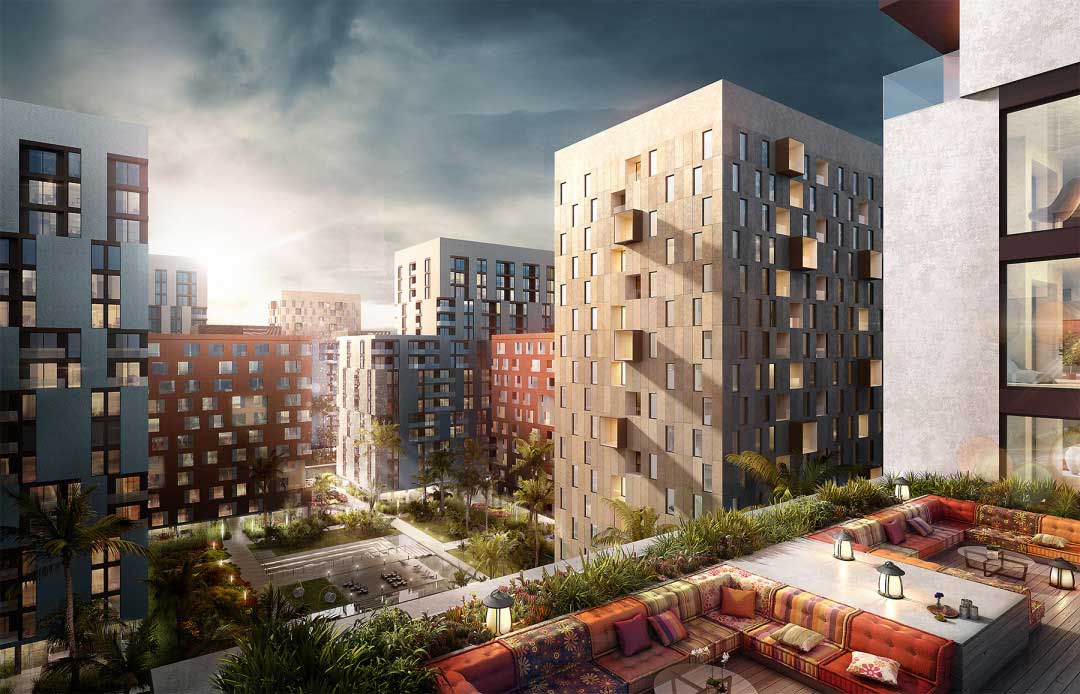 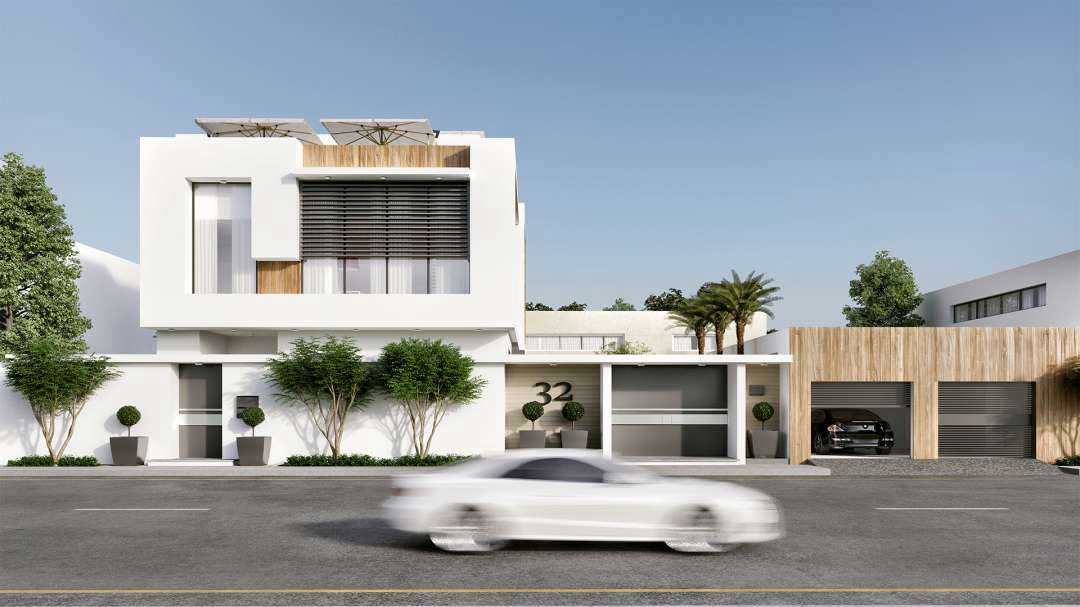 How Architects Use Technology to Stay Ahead

Technology and architecture have always gone handin hand. Whenever you look at a picture of the Great Pyramids of Giza andwonder how they were built, the answer could be answered by simply saying:“technology.” Of course, if you gave such a narcissistic, smart-ass responseyou’d be ripe for a swift kick in the ass, but it wouldn’t make you wrong.

Architects and engineers are on the frontier oftechnological innovation. They not only apply some of the most radical buildingand construction practices the world has ever seen, often times they inventthem.

But it isn’t just about how the buildings are made,it’s about how the buildings are designed. And for that, they usetechnology today in ways the Egyptian Pharaohs could only dream of (even withthe help of ancient extra-terrestrials). In today’s world the advent of virtualreality, building information modeling (BIM), real-time rendering andlord-knows what else is coming down the pipeline, has positioned architects tobe more efficient, more intelligent, and most important of all, morepersuasive.

This Ain’t Your Grandpa’s CAD

If you were bornsomewhere in the last 50 years, I probably don’t need to tell you what CAD is.But, in case that rock you just crawled out from under doesn’t have ahigh-speed internet connection, CAD stands for Computer Aided Design. It’s thebackbone piece of software every architect, engineer, builder and manufacturerhas used since Steve Wozniak and Bill Gates bestowed upon the masses thepersonal computer. The painful drawl of drawing construction documents by handwas replaced by slow-moving cross-hairs and dot-matrix printers. The transitionwas a messy, but one that ushered in an age of design and construction thatcatapulted the industry into the 21st century.

But CAD has changed alot since the 90’s (thank God). And much of that change has to do with theintroduction of Building Information Modeling, or simply BIM.

BIM allows architectsand designers to construct a building with astonishing accuracy in threedimensions as they develop their design and document set. Imagine how planshave traditionally be drawn - 2D representations of a horizontal slice taken ata predetermined height in order to show the walls, windows, furniture, andoverall spatial organization. Sections, elevations and details are drawn insimilar fashion. Sounds great, right? Well, it turns out this is an incrediblyinefficient way to put together a drawing set, and relied on an expensive teamof interns, drafters, and project managers to not only draw the things, but tocoordinate and make changes if changes were to be made.

Now image thathorizontal slice is actually cut through a tangible, three dimensional digitalmodel that was build with the exact wall, roof and floor assemblies that wouldeventually built. These assemblies contain all vital information for thephysical makeup of the building, and show up in that way in all plans, sections,elevations and details. Of course, there is a certain amount of fine-tuning andQC QA to be considered, but the ease at which a drawing set can be produced andunderstood skyrockets.

Also considercoordination. A large design job can have as many as 10-15 differentconsultants working on a project - from structural, mechanical and electricalengineers, to lighting designers and landscape architects. It’s the architect’sjob to keep those consultants organized and informed - something BIM handleswith relative ease. The structural engineer will model every beam, column andshear wall in the entire building so the mechanical engineer will know where hecan and can’t run his ducting or venting. If there’s a conflict, it’simmediately identified by the program and they all run back to the architectwith their hands in the air wondering why they are such horrid designers.Better this inevitable interaction happens before a single piece of wood orsteel arrives on site than after it’s already been welded together.

But there arecaveats. I’ve seen it once and I’ll see it again: BIM makes people lazy. If yougo into learning a program like Revit thinking the technology will do all thework for you, you’ll be on the street selling knock-off Ray Bans faster thanyou can say “Le Corbusier.” BIM will allow you to work faster, but you shouldbe mindful to use that extra time to make the design or your drawings better.If you aren’t aware and in control of what’s happening in your model and yourdocuments, you’ve lost the game.

The Power of Persuasion

There are plenty ofthings they don’t teach you in architecture school as your filling youridealist little mind with three-point perspective and the importance ofexpansion vs. compression of processional spatial adjacencies - but there’s noneglected nugget of knowledge more important than the art of the sale.

As you venture intothe professional realm of architectural design, you quickly realize yourbrilliant ideas are only as good as your sales pitch to the people who decidewho gets jobs. If you can’t clearly and concisely wow your clients with prettypictures, diagrams, and a slim bottom line, you’re about as useless to them asthe low-middle class. An architect must use the technology and techniquesavailable to them to present the idea with clarity and force.

Traditionally, thispitch has been accompanied by a series of finely-tuned presentation imagesgiving the clients a vague idea of what the final product will look like. Astreet-view perspective here, maybe some birds-eye views there and you call ita day. However, as architects continue to try and muster up more and moresizzle to hide the reality of their questionable cooked cut of meat, new areasof visualization technology have been seeping into the offices of the mostworld-renowned architects in the world.

Putting the Reality in VR

Virtual reality isgoing to be ‘uge. ‘UGE I say! Companies with vast economic power and influencelike Facebook and Valve are throwing a heap of resources at what they believeto be the next breakthrough in interactive media technology. And while there’snothing particularly new about virtual reality, computing power andminiaturization has propelled the technology to being capable of providingusers with incredibly real virtual experiences.

What could possiblybe more persuasive than handing an existing or prospective client a goofylooking virtual reality headset then sending them off in a digital voyagethrough your yet-to-be-constructed building designs. At that point, you don’t needto be a good salesperson, you just need a talented team of visualizationartists and technicians to send a boardroom full of jaws dropping to the floor.

While not manyarchitecture studios are currently implementing this freshly-minted technology,that won’t stay status quo forever. These things have a way of crawling at asnail's pace into studios that are already tight on presentation budgets, but Iwouldn’t be surprised if the likes of BIG or SANAA aren’t already licking theirjobs at the prospect of taking their clients through a tailored and immersivedigital viewing of their designs.

But virtual realityisn’t just for the guys wearing two thousand dollar suits and Tag Heuerwatches. VR has the potential to be used as an internal design tool that willmake architects better designers. The design process is an exhausting loop ofproduction and feedback, production and feedback until it’s cut short by eitheran impending deadline or a lack of money. That loop could be fortified bygiving designers access to a virtual tour of their progress. This would givethem a distinct advantage to relay the conceptual design intent to the teamimplementing the construction drawings and administration.

Because people lovevideo games, right? Real-time rendering has just begun to emerge in designcircles as a viable way to display design content and visualizationpresentations. If you’d like to know more about real-time rendering, see thisrecently published article. In a few words, real-time rendering is a computingtechnique used most famously by videogame developers to stream gameplay to yourscreen in real-time.

So, why has it takenso long for architects to use it as a design and presentation tool?

Well, to put it plainly, it’s bloody expensive!  All those pixels andframe-rates and anti-aliasings comes at an incredibly high development cost.Not to mention the time it takes to craft such an interactive visualizationexperience. But, if you can for a second imagine having a controller in yourhand as you physically (digitally) move from room to room of a prospectivebuilding design. That’s a pretty mouth-watering dream, right? Technology isprogressing at such a rate this dream might soon become a reality.

If you think apre-rendered animation that transports you to the building via a virtualreality headset will convince your clients to hire you, imagine what wouldhappen if you had the ability to let them move through that space at their ownpace. Of course, this could come with the steep curve of explaining to a 90year old benefactor how to hold an XBox controller, but it’s a small price topay for emptying his pockets. If firms start to throw design resources at thistechnology, they can expect to gain instant reputation and clout among thecocktail crowd looking to throw money at new and interesting ventures.

Well, I really haveno idea. Some of the things I’ve mentioned here have really yet to gain realtraction in the architecture world. I’m sure they will, because the potentialwe’re currently faced with is just too juicy to pass up. But since you asked,here’s where I think architects will take technology in the next 20-30 years.