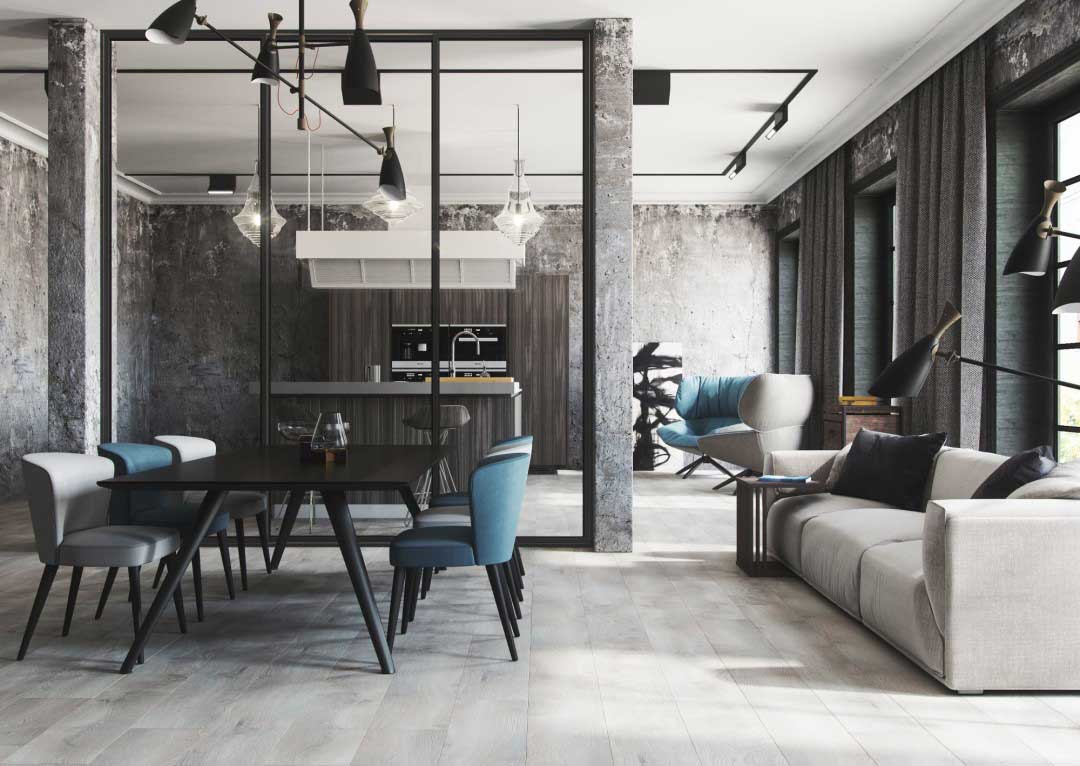 The Great Depression is a milestone in the development of humanity. There were 10 years of unemployment, steep declines in any domain, of failing companies. Many essays were written as an analysis of this period and its trigger. It is an important milestone we have many to learn about as it generated a lot of changes afterward.

Everything was distinct, including the architecture of the buildings. From the greatest pain arises the most beautiful works of art, so art during the Great Depression depicts society and landscapes in how artists saw them. But how was architecture influenced by these major disruptions in society?

Art During the Great Depression

If we take a look at the Great Depression artists, we can say that their works of art represent essential proofs of how the world unfolded then. Not all influences we notice in the art during those times are realistic.

However, they are inspired by music and urban landscapes, and the art of cubists. Reading more about art during this time is a task many students have during college. You can find The Great Depression essays and ideas online easily. They can shed more light on how everyone suffered from the unstable economic climate during those times. You can find even free essay examples that can help students write powerful essays about this troubling period. During the Great Depression, artists created and encouraged revolutionary creative movements, many of which gained international momentum. Any student can write a research paper on this topic, as there are many examples.

It is clear that the houses during the great depression were different. Before it, the architecture domain was booming. Elaborate and impressive buildings were ruling that period. However, then The Great Depression came, stocks crashed, banks failed, people panicked, and a lot of companies laid off their workers. All great depression projects when it comes to architecture were diminished.

As they did not have the same budgets as before but seriously shrank ones, buildings were smaller and less elaborate. Before the great depression, architecture was dominated by skyscrapers, factories, or modest duplexes. A lot of houses were built as government buildings or homes for wealthy people. The architecture was booming in the 1920s but it was kind of halted during The Great Depression.

A pause in the building was experienced and a shift towards other building materials happened. As the budgets were way lower than before, new building materials were tested. And this happened gradually, which gave constructors the time to choose the new best building materials that are affordable too. However, it is essential to note that the style of the buildings was not affected by this recession. Housing in the great depression was significantly altered by the economic changes. But how art changed due to this period created a new modern style, with fewer ornaments or architecture.

Examples of the Great Depression Architecture

There are great depression artifacts anyone should know, as they shed more light on the architectural projects of those times. Many of these were planned during the 1920s, but the actual building started during The Great Depression or after it. However, they are iconic for that period. For example, the Hoover Dam, also known as the “Boulder Canyon Project” is a dam whose planning started during the 1920s. However, its construction started in 1935 with financial help from the PWA. It is interesting and nice to see that impressive architectural projects were planned and undergoing during that period.

Another noteworthy example of the Great Depression architecture is the Triborough Bridge in New York. Now known as the Robert Kennedy Bridge, it was opened in 1936 with the financial support of the PWA and it turned into a construction facility, a bridge that connects Queens, Manhattan, and Bronx.

As a student who loves architecture and arts and wants to boost their knowledge on this topic, the Great Depression is an important period that generated changes you need to know about.

The shrinking of the budgets affected the size and speed of building, but it also gave time to discover new innovative, and more affordable building materials. New perspectives in art led to a new wave that influenced the ornaments and decorations of buildings too.

Outdoor Home Improvement Projects You Should Always Leave to the Experts
5 Things You Need To Know About Architectural Copyrights
Iconic Architecture: Lessons And Inspiration From Around The World
How To Choose The Right Type Of Paint
Fool-Proof Ways to Keep Your Home Warm This Winter
Buying a house? Why an architect's advice is essential
12 Things You Need When Preparing For A Construction Project
How To Buy The House of Your Dreams
How Architects Can Use Instagram to Grow Their Business
How to Design a Modern Contemporary House
8 Different Types of Victorian Style Houses You Should Know
Best Paid & Free Websites for Learning About Architecture
How COVID-19 Transformed Real Estate Marketing for the Better
Tips for Investing in Australian Real Estate
Email marketing for architects
What To Consider Before Investing In Property In Nevada: A Guide
How to Design Your Home
Factors to Consider When Designing Air Conditioning Systems
4 benefits of hiring an architect to remodel your smart home
7 Things You Need To Do Before Buying Your House
Why Does Having A Sturdy House Construction Matter Today?
How to Design a Modern Ranch-Style House
Modern Balcony Ideas That Will Impress Your Clients
4 Tips For Designing The Perfect Vacation Rental
Space Saving Architecture
Financial management for architects: A guide to understanding and planning
Top Online Courses for Aspiring Architects
Top Free Software Options For Architects
Things To Consider When Buying A Beach House
Starting Your Own Architectural Firm in Just a few Steps
5 Ways 3D Helps The Architect In Exterior Project Development
Anatomy of a House: Understanding the Components of Your Home
‍Want Your Child to Become an Architect? Invest in Your Child's Future Now!
Easy Ways to Keep Your Architectural Staff Motivated and Inspired
The Most Inspiring Modern Architects to Learn From
Best Free Architecture Tools That Get the Job Done
Design trends shaping future architecture: everything you need to learn to keep up with the new tendencies
Website Architecture Design: The Ultimate Guide for 2022
Best Architecture and Design Websites For Online Learning
Most Inspiring Architecture Magazines You Should Read
Most Valuable Design Books Every Architect Should Read
Awesome Mobile Apps Designers & Architects Can Have Fun With
5 Ideas For Architecture To Promote Home Interior Designs Video
How to Manage Your Construction Work from Initial Vision to Finished Project
What Makes a Great Construction Management Company?
7 tips on making your solar panels look good
5 Things to Keep in Mind Before Undergoing a Demolition Project
Essential Elements for Creating a Warm Minimalist Home
What is a Ducted Air-Con System?
Home Buying 5 Steps to Get You Started
New Technologies in Architecture That Benefit Both Clients and Architects
7 Tips When Building A Shed
How To Match Quartz Countertops To Your Kitchen Design
Reasons Why Some Architects Are Poor at Marketing Themselves
How Having Your Own Blog Can Help Your Architecture Career
How to Create a Successful Blog for Your Architecture Firm
Foundation Repair: 5 Ways To Improve Your Home’s Exterior Architectural Design
How to Communicate Your Ideas to an Architect
The Most Exciting Projects in Architecture This Year (2021)
7 Benefits of VR for Architecture
10 Qualities Some of the Best Architects Share
7 Ways To Say Thanks To Your Architect Or Designer
How Architecture Has Changed in the Past Two Decades
Automation Processes and Designs that Improve Efficiency of Industrial Buildings
Ultimate Guide to Marketing for Architects
8 Digital Marketing Strategies to Target Builders and Contractors
Importance and Benefits of Green Architecture
Why Architecture Is a Service Industry More Than Ever
5 Inspiring Architectural Designs for Your Next Commercial Project
How to Sell Architectural Services During Tough Times
Biggest Technology Innovations That are Changing Architecture
Getting Your Work Published in Architecture Magazine
Digitalization of Architecture for the Future
The Importance Of Lighting Design In Architecture
Trending Siding Types for Modern Home Design
Iconic Architecture Around the World That Every Student Must See
How Architects Help With Exterior Design
The Influence of Coworking Spaces on Office Architecture
Architects Vs. Construction Management: The Differences You Need to Know About
Interior designer tips on how to brighten up your house this spring
5 Benefits Of Hiring A Professional Landscape Designer
6 Preparation Tips For Building Your Dream Home
Your Guide to Architectural Metal Cladding
6 Tips For Designing Your Future Home
How Architects can use Instagram to Their Advantage
Desert Home Architecture - Mixing the Ancient and Modern
What To Expect When Hiring an Architect
‍Innovative Ideas for Your New Home
Don't Let These 4 Mistakes Hurt Your 'Dream Home' Plan
Simple Ways to Turn Your House Into Your Dream Home
The Future of Architecture: Artificial Intelligence Rendering Software
Smart Home Technologies that Will Raise the Value of your Home
Architecture During COVID-19: Has Everything Come to a Stop
Landscape Architecture: 8 Ways it Can Transform Our Cities
New Classical Architecture: Classicism Invades the Contemporary Approach
The Diverse Architectural Background of Peru and the Reasons Behind It
First Information About the World Architecture Festival for 2020 in Lisbon Released
Computational Design and Robotics Start Changing Architectural Design
Beijing Daxing International Airport: An Amazing Architectural Feat
Australian Architects Offer Free Design Services to Australian Bushfire Victims
© 2014-2023 Easy Render GmbH
Terms
Privacy
Cookies