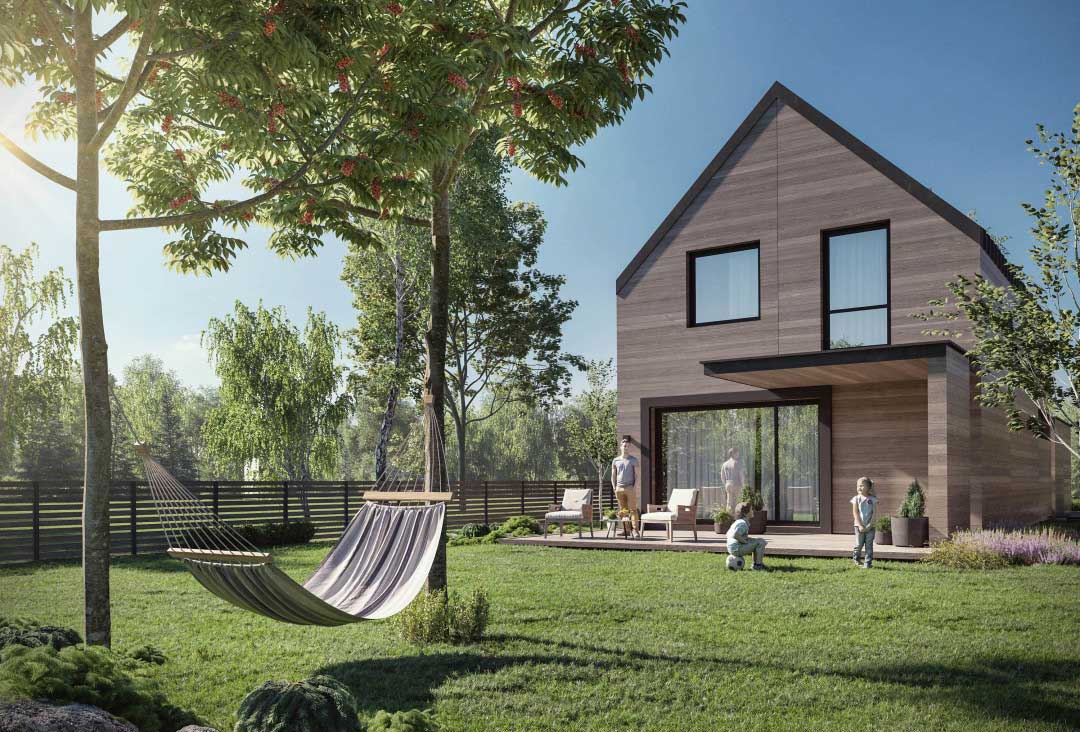 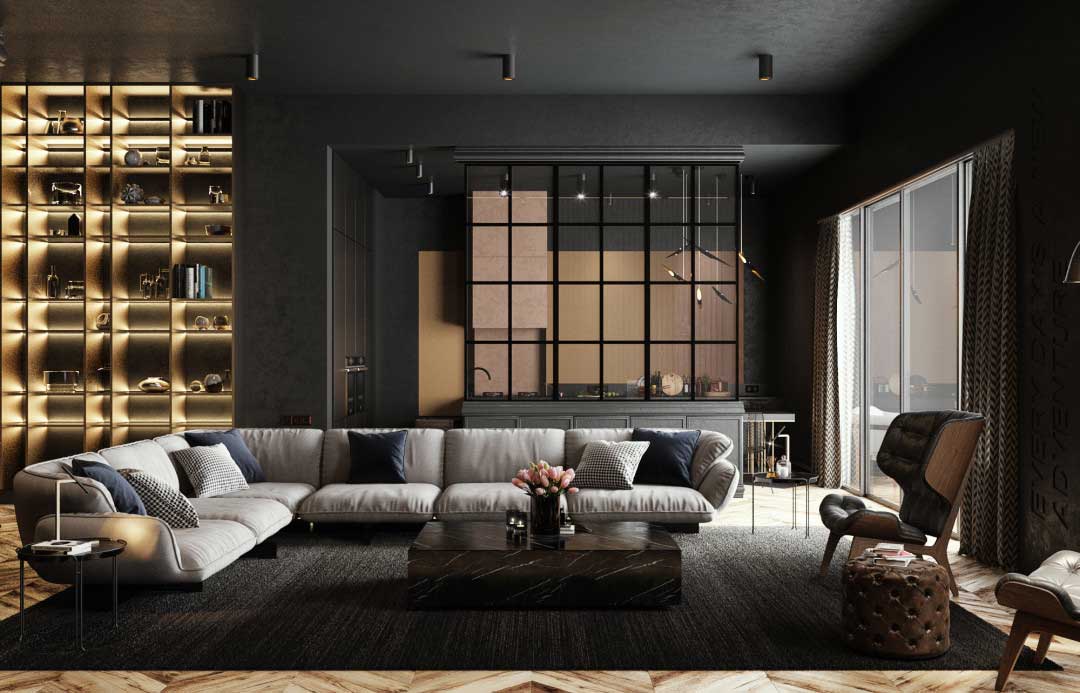 As we slowly wrap up all the events that happened in 2019 across the world, we can freely say that it was another busy year for the architecture world. A lot of big names in architecture are no longer with us, and Notre-Dame almost burned to the ground.

However, in architecture, things are always moving forward. The work never stops, and there are always new solutions and projects being worked on. Today, we are going to talk about this year and what new buildings we expect to be finished at the start of the new decade.

Of course, we couldn’t get all the exciting projects on our list because there are so many. We’ve picked the top 9 that excited us the most, and we can’t wait to see them completed.

Tadao Ando has worked together with Francois Pinault on a couple of buildings in Venice, but their new collaboration is happening in Paris. The building is scheduled to be finished in June, and this gallery is worth over $200 million.

Its location is the former stock exchange of Paris, dating back to the 19th century. The building is going to be tall, almost 10 meters, with an open top and a glass dome. It will have a new platform in a circle, vantage points, and it will also have an underground theatre bellow the space for exhibitions.

In total, the gallery will have over 3000 square meters of exhibit space. However, to us, the building itself is a piece of art, and we can’t wait to see it complete.

Since the start of the 2000s, Dubai has been a hotbed for fantastic architecture, experiments, creative projects, and unique designs. The company behind this building is called Zaha Hadid Architects, named after its famous founder.

Even though Dubai is a place full of fantastic architecture, this new project will be able to stand out even with so much competition around. This new building will have a hotel, a bar, tons of office space, and a dozen restaurants. But what makes this building awe-inspiring is that it has a large hole in the middle.

The whole design looks like it’s from some other planet. A void in the middle separates two towers on the side, and they are connected at the top and bottom. On top of that, the combination of bent glass and wires makes the design even more impressive.

The Datong Art Museum is set to be opened later this year. This Chinese city will have a brand new cultural plaza with the museum being the main centerpiece. The museum will have a large steel panel roof and canopy stretching over 40 meters along with 32,000 square feet of space inside.

It’s intended for housing large installations and sculptures. The art museum will be one of the new symbols of the city as it will also offer amazing views facing the Grand River and other parts of the city.

Overall, the work on the museum has lasted for a whole decade. The final touches are going to be done during this year.

Chicago’s skyline is soon to be redefined by the new Vista Tower. When finished, this tower will become the third tallest skyscraper in Chicago. The tower is located in downtown Lakeshore East and links all the surroundings with public access and urban connections to the Chicago River.

The tower will be 101 stories high, and it’s expected to be finished by mid-2020. When viewed from the park or the river, it looks like three stairs of towers all connected. All towers have a curvilinear design with alternating frustums.

The whole tower also features six different glass shades, and there is even an empty floor designed to make the entire structure more stable during windy conditions.

The skyline in New York is probably one of the most iconic when it comes to architecture. It’s always exciting to see a new building stretching across the skyline and seeing how it will complement the whole arrangement. When finished, the new Central Park Tower will go 1549 feet into the sky.

This will make the building the second tallest structure in the United States. Even though it will take the 15th place on the list of tallest buildings in the world, it will take the #1 spot as the tallest residential building in the world. This architecture firm has made the Kingdom Tower and the Burj Khalifa, and it isn’t a surprise that they are coming back with something amazing once again.

The tower will have 179 luxurious apartments, and the first seven floors will be reserved for a Nordstrom store. It’s located between the Plaza District and Columbus Circle on 57th street. This means that the building will be facing Central Park at its north side.

The British designer is working on two towers with barrel windows, which are supposed to rise over the Hudson River in New York. These two residential towers are being built at High Line in Chelsea, Manhattan. One of the towers will be 22 stories, while the other will be ten stories once the building is finished.

The exterior will be gridded and covered with metal and bricks to complement the industrial look of the whole neighborhood. The two towers will also be connected by a lobby that will be under the High Line. Together, the towers will have 181 condos of different sizes and penthouses.

Both towers will have bay windows to get that lovely natural light while also giving an astonishing view of the Hudson River. Even though the building is expected to be finished during this year, the sales of condos will start in 2021.

The amazing Himalayas Center is set to be finished this year in Pudong, a district in Shanghai. This will be a new urban landmark of the city, and it will serve as a multi-functional complex for cultural activity. Many are saying that this building will be the best Chinese architectural piece of the 21st century.

Isozaki added crystalline cubes that have symmetrical lines along with organic soft curves. The whole design reflects the relationship between nature and humans in a modern way. The curvier and natural part of the building is called “The Forest,” resembling the Himalayan mountains.

On the other hand, the big tower will have two hotels within the comp+

lex. The whole design is supposed to connect nature and order controlled by humans.

Since we are in China, let’s mention another architectural wonder that’s expected to arrive this year. The Qianlong Garden is an iconic historic landmark located in the Forbidden City. Even though this is not something that’s typically done to historic landmarks, the garden has been in renovation for the last two decades.

The Forbidden City celebrates its 600th anniversary this year, and the garden will also be finished at the same time. The renovation will make the garden public, and visitors will be able to see all of its beauties.

The designers of the new Qianlong Garden made an effort to preserve its authenticity and ancient look. At the same time, they wanted to give visitors an immersive experience and connect them to what Qianlong Garden stands for.

The Summer Olympics will be held this year in Japan. For this purpose, Tokio is building a new National Stadium where the opening ceremony will be held, many games, and the closing of the Olympics. The stadium was designed by Kengo Kuma and will hold 65,000 visitors.

Some inspiration for its design was found in Edo temples that were made in Tokyo in 1603 and 1868. The design is flawless and represents a perfect harmony between modern and old, a warm approach with a lot of timber used in building the structure.

The stadium also has a walkway called “Grove of the Sky.” It circles it for about half a mile. Visitors can walk around the stadium and enjoy beautiful nature or sit on one of the benches and look at Tokyo.

These are the most exciting projects we are waiting for to be finished this year. What are your favorites? Feel free to share and help us learn more about architecture.