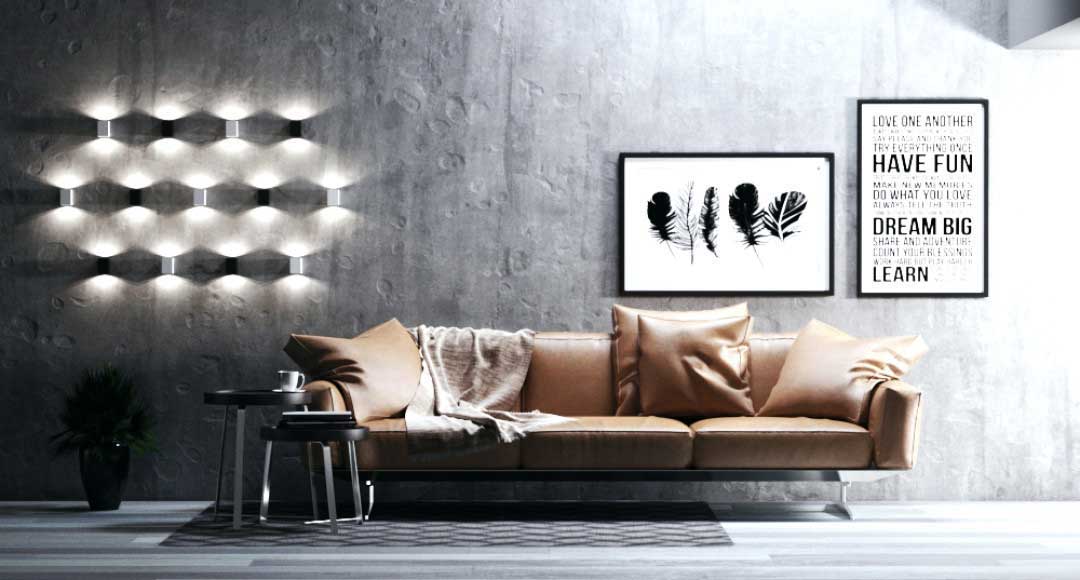 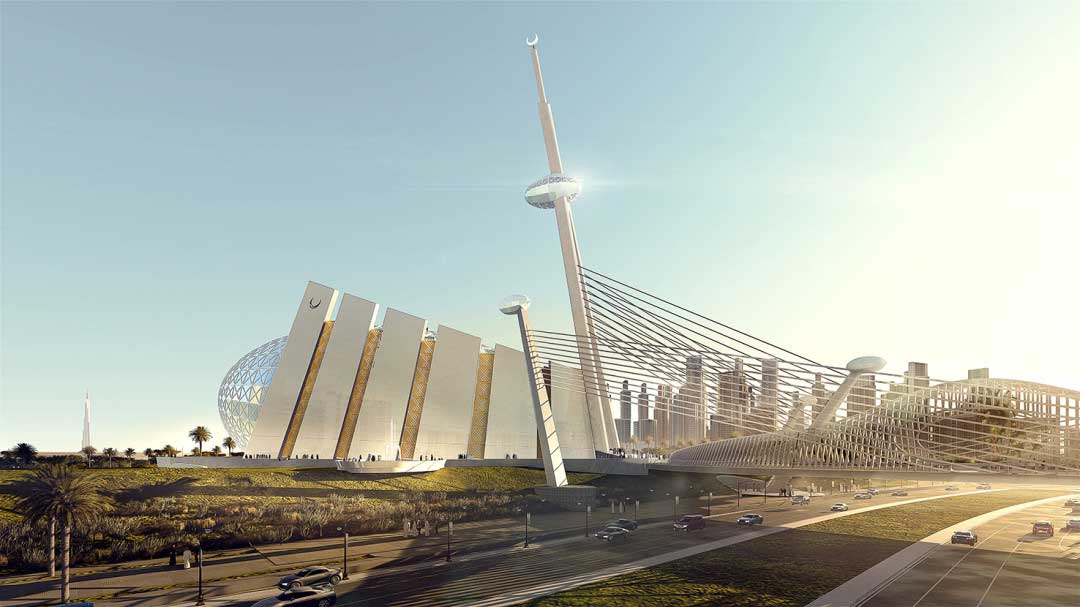 Architecture is an art form, not a profession. It’s a visual artist from which holds creativity and utility above all else and allows the artist to realize their idea within a 3D environment. Buildings have been created ever since the dawn of humanity, and have always served a practical and artistic purpose.

It was always a battle of who could make the biggest, most beautiful, and most useful building, and the 2010s have been a prime decade for this battleground. The 2010s are painted with finesse. There were no elaborate revolutionary designs, no groundbreaking absurd ideas – just the perfection of existing styles.

The 2010s have improved the world around us, while still adding a finesse of creativity and flamboyance to our everyday lives. Buildings are all around us and are so ingrained with a civilization that we really don't stand back and fully experience them.

For this exact reason, we've listed the top 8 most ambitious, most significant, and most creative architectural projects of the previous decade – so without further ado, let's get into the list.

The Shanghai Tower is located in Shanghai, China. It is the tallest twisted building in the world, only succeeded by the Burj Khalifa in its absolute height. The building was finished in 2015 and has a monstrous height of 632 meters. It’s mixed-use, meaning that it serves a lot of different purposes. It has a staggering 128 floors, which serve as anything from office space to an exhibition and concert hall.

The most exciting thing about this building for civilians is its sightseeing deck on the 118th floor, which allows visitors to see most of Shanghai. The pictures taken from this floor are simply breathtaking.

This building is notable for being the tallest twisted building in the world, with twisted structures being notoriously complicated to construct. It is one of the most esteemed buildings in the world, being the winner of numerous prizes. The most notable of these prizes is the Tien-yow Jeme Civil Engineering Prize of 2018.

The Rolex Learning Center is located in Lausanne, Switzerland. The Rolex learning center isn't that easy to define, at least architecture wise. The buildings are constructed as a flat design, with complex and intricate rooms within. It serves as a student hub for the Swiss University of Polytechnics. It’s full of social spaces, libraries, and is one of the unique buildings in the world.

It has over twenty thousand square feet of space and was designed by the duo of Kazuyo Sejima and Ryue Nishizawa. The building itself is made out of lightweight steel, poured in concrete, and a slick, light wood roof. It’s one of the unique structures of the previous decade.

The building itself isn't the only significant part of this structure, as its library holds over fifty thousand unique printed works, making it one of the most critical scientific libraries and collections in the world.

The Glasgow Riverside Transport Museum is located in Glasgow, Scotland. It’s one of the most beautiful museums in Europe, and in the world as well. It was completed in 2011 and held the 2013 Museum of the Year award. The riverside transport museum has an extensive exhibit of transportation displays, including cars, trains, locomotives, and others.

The complete collection of the Glasgow Riverside Transport Museum spans over 3000 unique exhibitions, all of which have significant historical value. One of the most surprising displays that the museum has in its collection is a couple of skateboards, which serve as an alternative method of transportation to this day.

The museum was designed by renowned designer Zaha Mohamad Hadid. It was designed in an elegant, wavy manner, and it's defining features are glass, concrete, and carefully placed lighting. This building looks completely different when viewed from different angles, which only gives it another layer of depth.

The Velodrome is the recipient of several awards, most notable of which is the Winner 2013 International Association for Bridge and Structural Engineering Outstanding Structure Award. It serves as a cycling center and event hub and is home to numerous tracks, sports fields, and cycle circuits.

The significance of this design is the absolute finesse in which it’s imagined. The building style of this Velodrome is supposed to reflect the cycle circuits, which it does perfectly — the wood facade compliments with the park surroundings.

The Smithsonian National Museum of African American History and Culture is located in Washington, USA. It’s one of the most beautiful museums in the world and is the recipient of several different awards, most notable of which is the Beazley Design of the Year award.

The Smithsonian National Museum of African American History and Culture is home to African-American history and culture dating back to 1915.

It is renowned for several reasons, one of which is being opened by former USA President, Barack Obama. The other famous aspect of this museum is the restaurant within it, which is the recipient of the James Beard Award for Best New Restaurant.

The museum is home to over forty thousand different items, all of which have a lot of cultural and historical significance. It’s also home to new history items, which have belonged to renowned black people such as Nat Turner. Although the museum owns forty thousand pieces, only three thousand are on display at any given time.

Its most distinctive features are the cuboid-surfaced spiral cut into all sides of the building, giving it a pixelated appearance.

It’s the recipient of three Asia-Pacific Property Awards for Best Mixed-Use, Best Residential, and Best Residential Highrise. While not the tallest building in Thailand, it still has a monumental 314 meters of height to its name.

The most exciting thing about this residential building is the tourist potential, which is manifested through the unique skywalk the building has. You can walk on the top floor, which extends the regular width of the building.

The story is glass, allowing you to see everything below you. This skywalk is very cheap in comparison to other notable buildings sightseeing opportunities.

The gorgeous Heydar Aliyev Center is located in Baku, Azerbaijan. It is a 57 thousand square meter building complex that is defined by its wavy, flowing architectural style. It’s made out of concrete and glass, perfectly blending it in with the surrounding urban environment.

The building complex was designed by renowned architect Zaha Hadid. It’s the recipient of the Design Museum's Design of the Year Award 2014. The Heydar Aliyev Center serves a variety of different purposes, such as an auditorium, temporary exhibition spaces, a conference center, workshops, and a museum.

Due to its gorgeous design and its sturdy dynamic purpose, it’s renowned and known as one of the architectural landmarks of the world. It’s home to frequently changing art exhibitions, which makes it a popular place for tourists.

The Ada Bridge is located in Belgrade, Serbia. The Ada bridge serves as Belgrade's largest bridge and is one of the cities defining structures. Belgrade is home to numerous different architectural and historical landmarks, but Ada Bridge serves as the most popular new addition to the cityscape.

The Ada bridge was designed by the duo Viktor Markelj and Peter Gabrijelčič. It's a sizeable Cable-stayed bridge, with one single massive pylon. The construction of the bridge was documented by numerous Discovery channel shows, including the popular Build It Bigger.

The bridge serves an essential purpose, connecting the municipalities of Čukarica and Novi Beograd. It has become one of the most famous landmarks of the city, being a center of most postcards, music videos, and local TV series. The construction of the bridge, while finished, is expected to continue, as the bridge itself is planned to be a part of the Belgrade Inner City Semi-Ring Road.

7 Women Architects Changing the Face of Architecture
Tech Talk – What to Expect from 3D Artists in 2019
The Best Free 3D Rendering Resources For Freelancers
Easy Render: Finding the Perfect 3D Rendering Freelancer
3D Visualizer and SketchUp Pro
Specialized 3D Interior Design Software vs General Architectural Design Software
Key Differences Between Architecture and Gaming Industries 3D Artists Should Know About
Storytelling and Architectural Visualization A Change in Project Presentation
Where to Look for Inspiration for 3D Interior Design if You Run into a Creative Block
12 Best Architecture Museums Around the World
Turkish Company Comes Up With Stunning Visualization for Self-Building Robotics Musem in Seul
Freelancer or Full-Time 3D Artists – Which One to Choose?
Why 3D Renders Are Great Marketing Tools For Travel Agencies
The Use of Marble in Architecture: Classy Material for the Ages
Tech Development – Is Real-Time Architectural Rendering Even Possible?
Unity Is Bringing Big Changes to the Architectural Visualization Industry
© 2014-2020 Easy Render GmbH
Contact
Terms
Privacy
Cookies