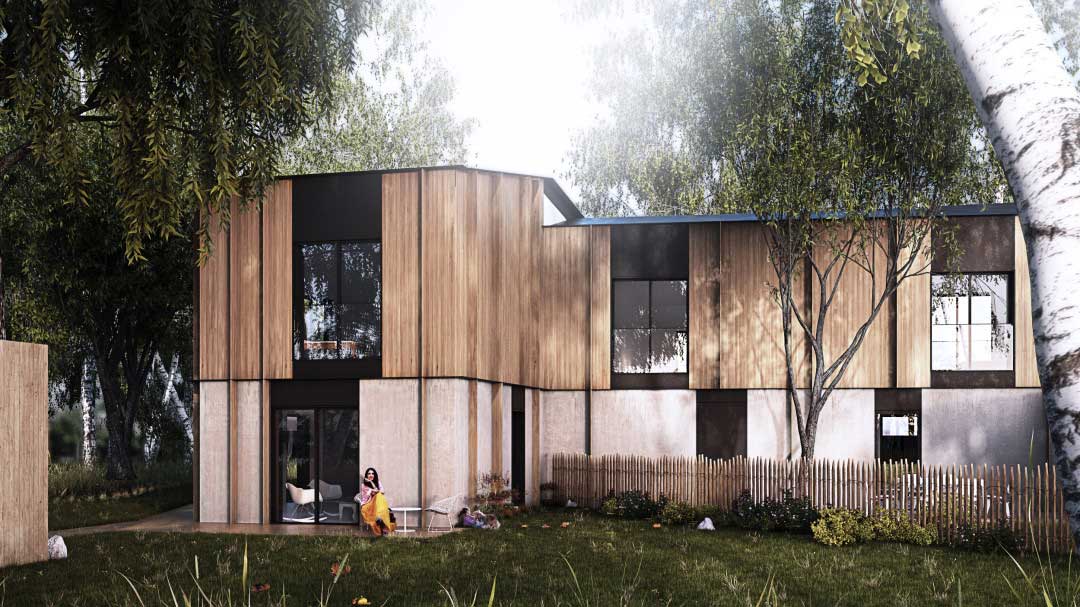 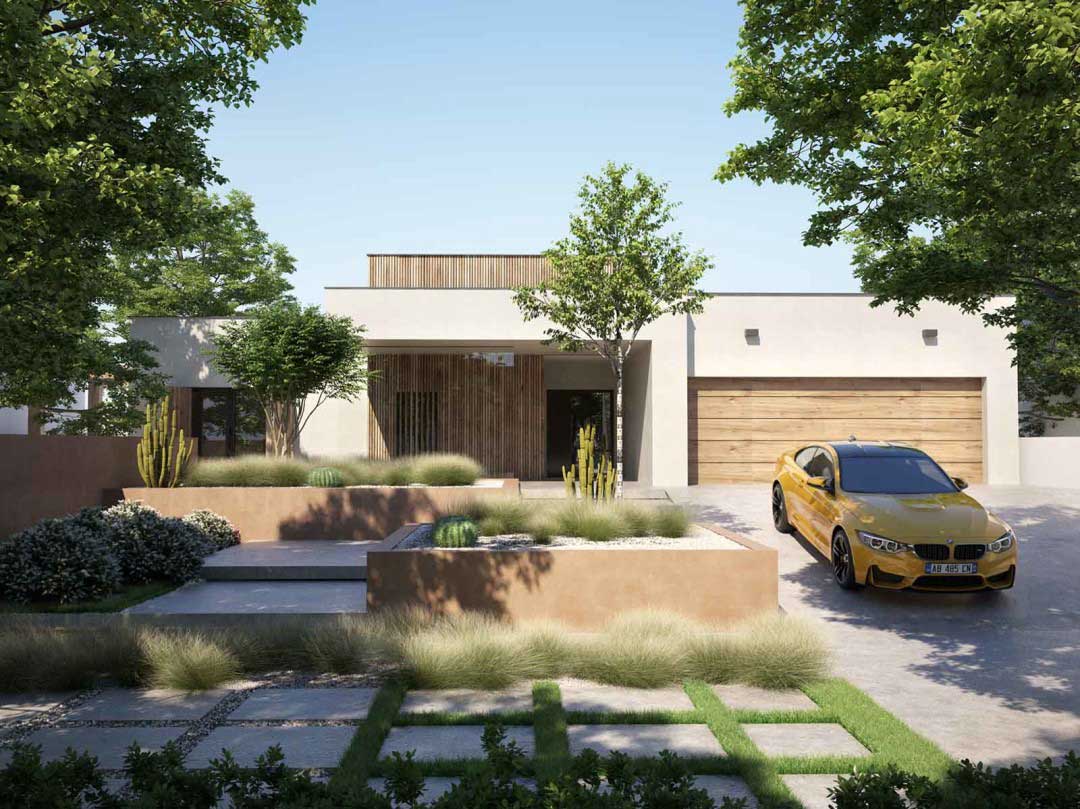 5 Most Impactful Architects Through History

Architecture has been in demand ever since the dawn of civilization. Ever since humanity has moved out of the caves and into primitive buildings, we’ve researched ways to make our buildings look good.

Looking good isn’t the only thing we’ve done to our dwellings, but we’ve added purpose, function, and accommodation to them. All these feats have spawned from proper architecture. It has brought quite a lot to society, and it’s a continually evolving art form.

With the introduction of computers into the trade, it has taken quite the turn. Now, you don’t even need to be good at sketching on paper. Everything is available through your computer, from design to rendering, to visualization. The whole process has become much more comfortable, and many people have just recently started down this path.

This new age has brought quite a lot of attention to the trade, giving it a new life. New people mean new ideas, and new ideas mean the evolution of the business. This process entails what architecture is currently undergoing.

The link between the days of old and modern trends is indisputable, and there have been some masters who excelled in their art. Their legacy lives on with the new adaptations of their work.

But who are these architectural masters, what are their stories? Please, stick with us and find out.

Michael and Lois Ventris were a husband and wife architect duo who have left a significant impact on the world’s architectural scene in the early 20th country. Michaels contributions to architecture were many, but he was also known for being a philologist who deciphered Linear B.

A professional architect, Michael, specialized in Brutalist architecture. His contributions to the trade consist of, but aren’t limited to educational institutions, private homes, and others. He has finished his education with the most significant honors after WW2 in 1948.

His buildings are present in his native England, and among other European countries like Sweden.

Lois Ventris was also a renowned architect, whom Michael met during his studies. Her contributions to the trade mostly consisted of working alongside Michael. They also cooperated on designing their home in 19 North End, Hampstead, London.

They’re commemorated by an English Heritage Blue Plaque, which rests on their home in North London.

Antoni Gaudi was a Catalan architect who is known for his one-of-a-kind style, with a lot of contributions to the worldwide architectural scene. He has created quite a lot of different things during his life.

Antoni was born in the 19th century and has always had a keen interest in architecture. His love for the trade has only grown after finishing his architecture degree. His creations are vast and significant, with seven of them being named world heritage sites.

Antoni Gaudi is best known for pioneering Catalan Modernism, an essential architectural style birthed from neo-Gothic art and Oriental techniques. The Catalan Modernism style, which Gaudi helped establish, is known for its uniqueness, robust, and round design.

He cited religion, nature, and forging as his main inspiration behind his work. This is why most of his work features these influences. Stained glass, cast iron, and decadent works of carpentry are present in his most famous work.

His most notable work, the Basílica de la Sagrada Família is located within Barcelona. It’s an exciting combination of Gothic and curvilinear Art Nouveau. The importance of this church was only amped by Pope Benedict XVI, who proclaimed it a minor Basilica. The project was never finished, but it’s served as inspiration for a lot of different things over the years.

Its uniqueness has been described as the most extraordinary personal interpretation of Gothic architecture since the Middle Ages.

Antoni Gaudi’s contribution to architecture was driven by his Roman Catholic religion, which got him the nickname, God’s Architect. There is also talk of beatification, which is one of the highest honors the Catholic Church offers.

Another Spanish architect, Santiago Calatrava, is perhaps the most celebrated living architect. His contributions to the trade are innumerable all across the world, mostly in his native Spain.

Santiago Calatrava isn’t only known for his vast architectural achievements, but his sculptures and paintings as well. Architecture is not a trade, it’s foremost an art form, and Santiago approaches it as it is.

While he is most known for designing expansive and gorgeous bridges and railway stations, his buildings are a less popular gem. The City of Arts and Sciences located within Valencia Spain is one of the city’s landmarks. The near one billion dollar price tag that was placed on the building is one of Spain’s most significant architectural investments.

As expected, The City of Arts and Sciences is a popular tourist attraction, and one of Spain’s most prominent architectural landmarks.

Santiago holds a degree in architecture issued by the Spanish Art Academy. His most notable works outside of his native Spain include the Atrium of Brookfield Place, Gare do Oriente, and Zürich Stadelhofen railway station.

Santiago Calatrava is also well known for his love of bridges, of which he has designed many – he has created the most bridges in Spain. His single leaning pylon style is recognized worldwide.

Philip Johnson is one of the most notable American architects of all time, known for his broad portfolio and thick, round glasses. At his prime, he was known as the most prominent American Architect of all time.

His style has most often been attributed to Modern architecture and Postmodernist architecture. His most famous works are not only exclusive to America, though, as he has designed buildings in Europe, Asia, and his native North America.

His most famous work is the Glass House, located in New Canaan, Connecticut. This house museum has served as an essential landmark of Connecticut and new American architecture overall.

Phillip Johnson has received a lot of different awards, among which are American Institute of Architects Gold Medal and the Pritzker Architecture Prize.

His modernist architectural style mostly consists of residential and business buildings, the most notable of which is Pennzoil Place. It’s also Phillip Johnson’s most awarded work.

In his later years, while he was a scholar of the Postmodernist architectural style, Philip Johnson favored a geometrical, slick, glass design as opposed to brick and mortar.

Philip has fallen in love with glass and glass structures, with most of his notable work being constructed in a crystalline, clean, geometrical fashion.

He has always been a fan of history, and all his buildings have quite a lot of historical implementation in them. A philanthrope, Johnson has always been an advocate of the do-it-yourself movement, urging everyone to “Design their own home.“ His work has served as an inspiration to most postmodernist architects, with his efforts revolutionizing the field itself.

Karl Friedrich Schinkel is Germany’s most notable romanticist. He is an architect and city planner who designed the most iconic Prussian buildings and is responsible for revolutionizing the neogothic and neoclassical architectural styles.

He has served as an inspiration to many, and his work survives him to this day. His most prominent buildings reside in his native Germany, specifically Berlin. His notability and rise to prominence were established through the Greek Revival movement, which incorporated greek architectural styles instead of the then-popular Roman architecture.

His most famous work consists of the berlin Konzerthaus, Altes Museum, Schloss Stolzenfels, and Potsdam Nikolaikirche.

He was also known for being a devout Catholic, with religious influences finding their way into most of his work.

Karl Friedrich Schinkel wasn’t only an architect; he was also a renowned painter and one of the first interior designers. He is credited for popularizing the interior design industry, an industry currently experiencing never before seen levels of popularity.

Karl’s efforts weren’t limited to designing his unique buildings, though. He is known for renovating and improving upon numerous different buildings. Karl Friedrich Schinkel died in 1841, with many of his plans and ideas left unfinished. His papers survive him and have served as an inspiration to many. He is credited as one of the fathers of Modernist architecture.

To put things into perspective, architecture is one of the oldest art forms and trades ever. This is why grouping just five of them has proven to be quite the challenge.

The golden age of architecture was between the 16th and the 20th century, and most of the people on this list lived and operated at that time. Their contributions to the art form have revolutionized the industry.