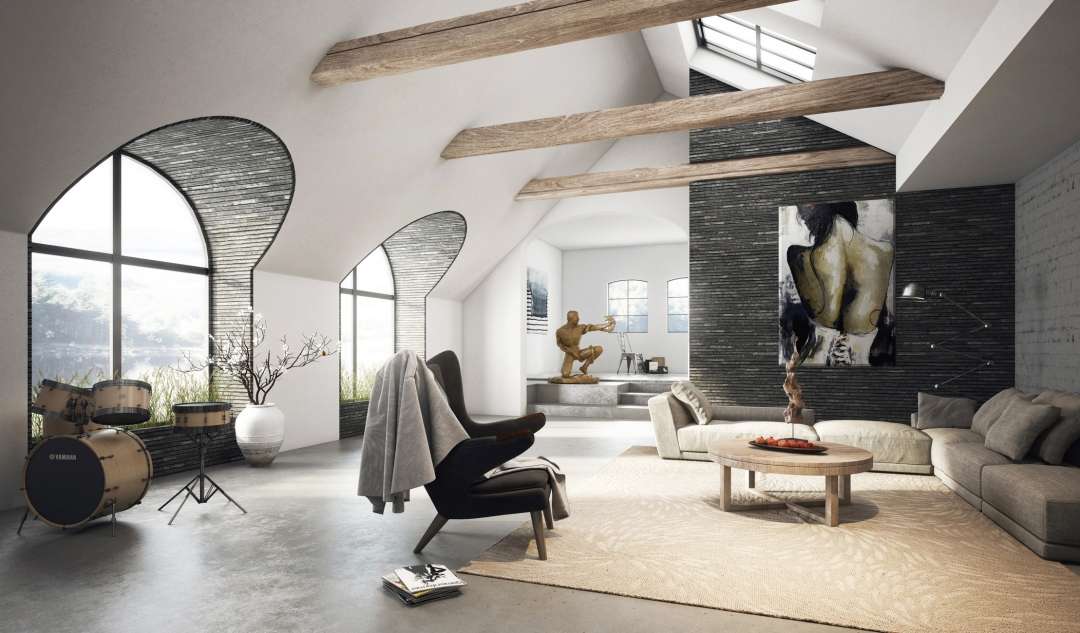 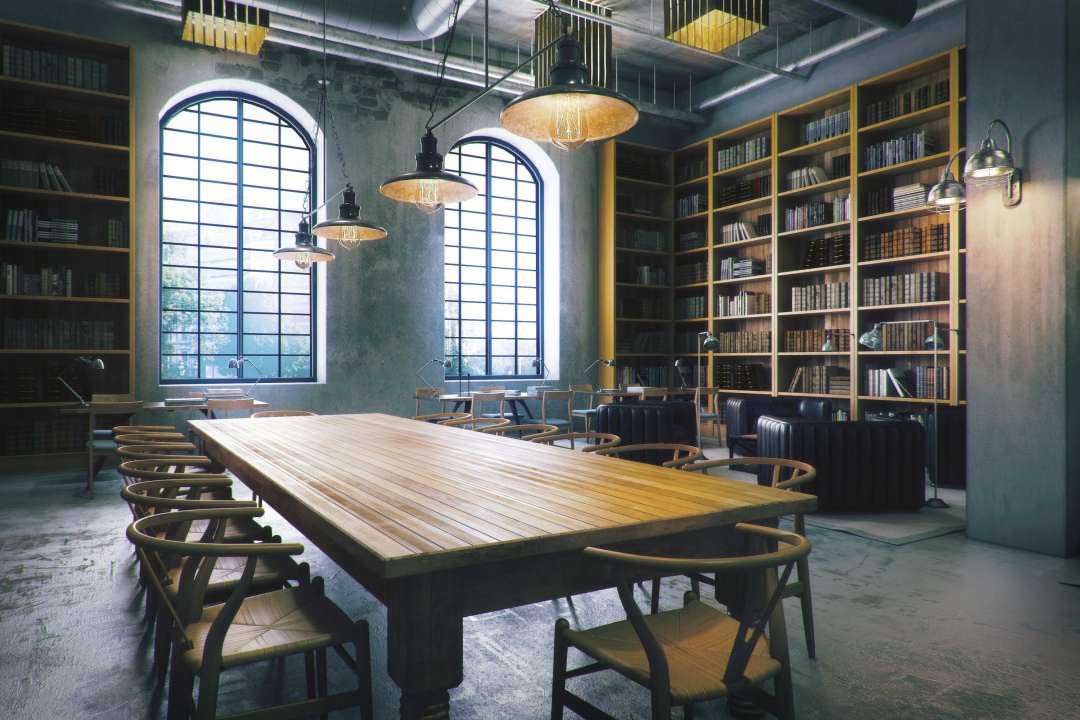 12 Best Architecture Museums Around the World

Museums house some of the most extraordinary pieces of art and historically significant works, so it’s only natural that they look the part.

When you look at some museums, you see an awe-inspiring radical experiment that leaves you speechless. Others are perfect blends of old and new, showcasing modern architecture but staying true to traditional styles.

One thing is certain. Each of them goes way beyond merely being a stunning architectural wonder. They are all real works of art that captivate every visitor and inspire generations of avid architects.

From historic gems to modern marvels, here are some of the most spectacular museums around the world, designed by architectural masterminds.

The City of Arts and Sciences

The City of Arts and Sciences in Valencia, Spain, is a massive cultural and architectural complex designed by Spanish architect Santiago Calatrava and Mexican-Spanish architect Félix Candela. It houses a planetarium, IMAX cinema, opera house, concert hall, and much more.

But the most iconic part of the complex is the Calatrava’s interactive science museum named Museu de Les Ciències Príncipe Felipe. It looks like a giant whale skeleton.

The materials and unique geometry implemented in the structure and design are all focused around nature. It’s like nothing you’ve ever seen.

The Museo Soumaya in Mexico City stands out for its wavy, shiny, asymmetric design that reminds of the structural works of Auguste Rodin. After all, it’s famous for being home to the biggest number of Rodin’s works outside of France.

Designed by Mexican architect Fernando Romero, the museum’s exterior is covered with 16000 hexagonal aluminum plates. Their reflection of the sunlight makes the building seem as though it’s sparkling.

The Museo Soumaya was actually another man’s dream. Carlos Slim, the telecom billionaire, founded the project to pay homage to his late wife, who taught him to love art. The museum is named after her.

Designed by Polish-American architect Daniel Libeskind, the Jewish Museum Berlin perfectly commemorates the Holocaust, both literally and in the architectural sense.

Dedicated to the life and history of German Jews, Libeskind wanted to portray that devastating history in all its intricacies. The zigzag-like building features sharp angles, underground axes, dark and narrow paths, concrete interior walls with no heating or A/C systems, and a titanium-zinc façade that has few openings.

The building looks and feels cold, and the interior instills a feeling of disorientation. But that’s the whole point.

The Hanoi Museum, in the capital of Vietnam, showcases the city’s 1000-year-old history, heritage, and culture. Designed by the Gerkan, Marg & Partners (GMP), the museum resembles an upside-down pyramid.

So, apart from preserving the Hanoi’s heritage, it also preserves the energy, because the top floors cast a shade on the bottom levels.

The inverted pyramid features a circular atrium in the middle, which is like a spiral ramp that takes visitors to all the three exhibition levels. The most exciting part when you’re inside is looking out and feeling as if you’re on a floating structure.

Designed by Canadian-American architect Frank Gehry, the Guggenheim Museum Bilbao in Spain is one of the best examples of 20th-century architecture.

A mix of titanium, limestone, and glass, the museum looks more like a sculpture than a building. There are different interpretations of its swirling design. Some say it resembles a boat, while others insist that it looks like a bouquet of flowers.

Whatever the architect had in mind, he accomplished an extraordinary thing – breathing new life into Bilbao's tourism and economic state. The effect is now known as the “Bilbao Effect” – when a starchitect’s design transforms and revitalizes a post-industrial city.

The Ordos Museum in Inner Mongolia, China, is an excellent example of modern architecture. Designed by MAD Architects, a Chinese design firm, the museum is like a futuristic building from a sci-fi movie. It’s like a huge blob that dropped out of the sky.

The exterior is covered in metal tiles, with the exception of some skylights that provide natural light to the interior.

The interior is also breathtaking. It features a lot of art galleries that also look like blobs, connected with staircases. There’s also a lovely interior garden at one end of the building, with skylights on top to allow natural light.

Here’s another museum featuring an impressive futuristic design. Located in the city of Niterói, on the outskirts of Rio de Janeiro, the Niterói Contemporary Art Museum sits on a cliffside like an alien saucer that just landed from space.

Designed by Brazilian architect Oscar Niemeyer and structural engineer Bruno Contarini, it features a reflection pool and a swirling ramp leading to the entrance. It also offers fantastic panoramic views.

The architect’s vision was actually a flower growing from the rocks on a cliffside. You can see it from that perspective, but it will still bring to mind an alien spaceship.

The Milwaukee Art Museum in Milwaukee, Wisconsin, is one of the most breathtaking and largest museums in the United States. It should be on everyone’s bucket list, but not only because of the 25000 art pieces.

Its architecture is magnificent. It’s shaped like an enormous bird with steel wings called the Burke Brise Soleil. They form a movable sunscreen. Its wings fold and unfold several times a day, which is quite marvelous to see in person.

The largest museum in Canada and one of the largest in North America, the Royal Ontario Museum in Toronto, looks really out of this world.

Originally designed by architects Frank Darling and John A. Pearson, the building now features an addition designed by Daniel Libeskind. The new part, with Libeskind’s signature angular design, makes the museum look like a giant crystal jutting out from a rock.

The traditional building of the original museum is a blend of Neo-Romanesque and Neo-Byzantine architecture. But the crystal-like extension, called the Michael Lee-Chin Crystal, features several prismatic forms interlocking with one another. It creates quite a dramatic effect.

The Art Gallery of Alberta

Located in downtown Edmonton, Alberta, the Art Gallery of Alberta is yet another beautiful museum that you can’t see anywhere else in the world.

The Randall Stout Architects used stainless steel, patinated zinc, and glass to design the structure’s exterior. But the fascinating part is a long steel ribbon that wraps around and through the building.

It represents the North Saskatchewan River and the northern lights, which can often be seen in Edmonton. It’s commonly referred to as the Borealis.

Another masterpiece by Frank Gehry had to find its way to this list. The Louis Vuitton Foundation in Paris, France, is both a museum and a cultural center supporting contemporary art.

Gehry wanted the structure to seem like it was defying gravity, so he sought inspiration from the clouds. The structure, consisting of 11 glass galleries, does resemble a billow of clouds floating in the air, that is, around the museum’s two floors.

You can’t talk about the best architecture museums in the world and not mention the Louvre, the largest museum on the planet.

Architect Pierre Lescot originally designed it, but other great minds also made it into what it is today, including Jacques Lemercier, Louis Le Vau, and Claude Perrault.

But the most spectacular part of the museum is the large glass-and-metal Louvre Pyramid, surrounded by three smaller pyramids.

The Louvre Pyramid is one of the most stunning designs in the world, so simple yet so magnificent. Designed by Chinese-American architect Ieoh Ming Pei in the early 1980s, it brings a marvelous new look to the courtyard of the sophisticated Louvre Palace.

Are you feeling inspired yet? Each one of these glorious structures is certain to spark inspiration.

There are so many more outstanding museums all over the globe, but drawing inspiration from these architectural marvels is certain to help you birth some extraordinary things.

But be sure to dig deeper and find more museums and other buildings created by some of the most brilliant minds in the world of architecture.

And if you ever get a chance, be sure to step inside these architectural gems to go deeper into the minds of their genius creators. Who knows, maybe one inspires you to craft a design that stands the test of time and influences generations of architects for many years to come.