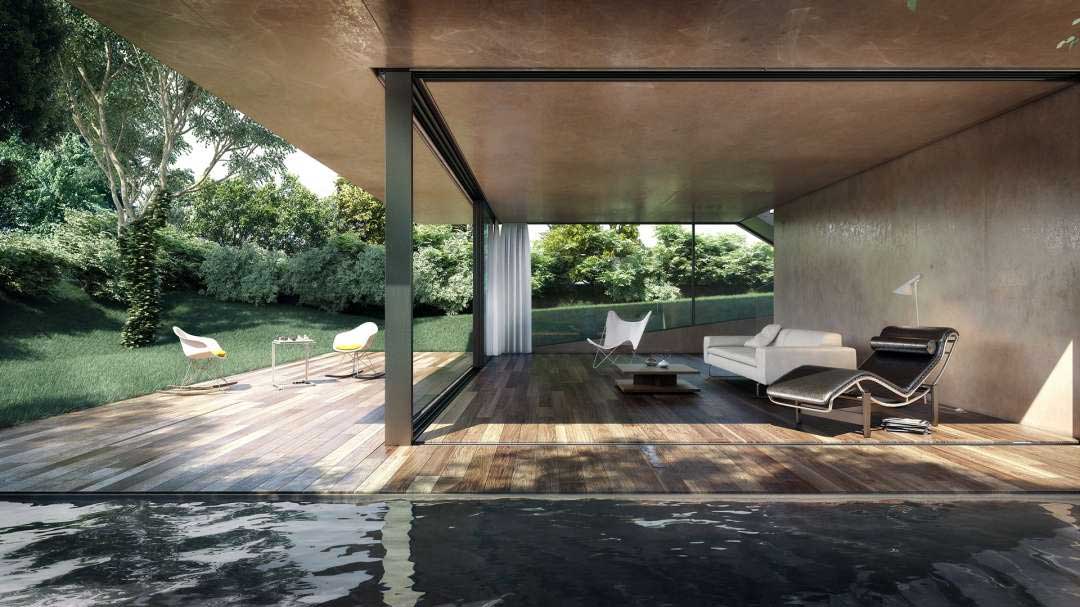 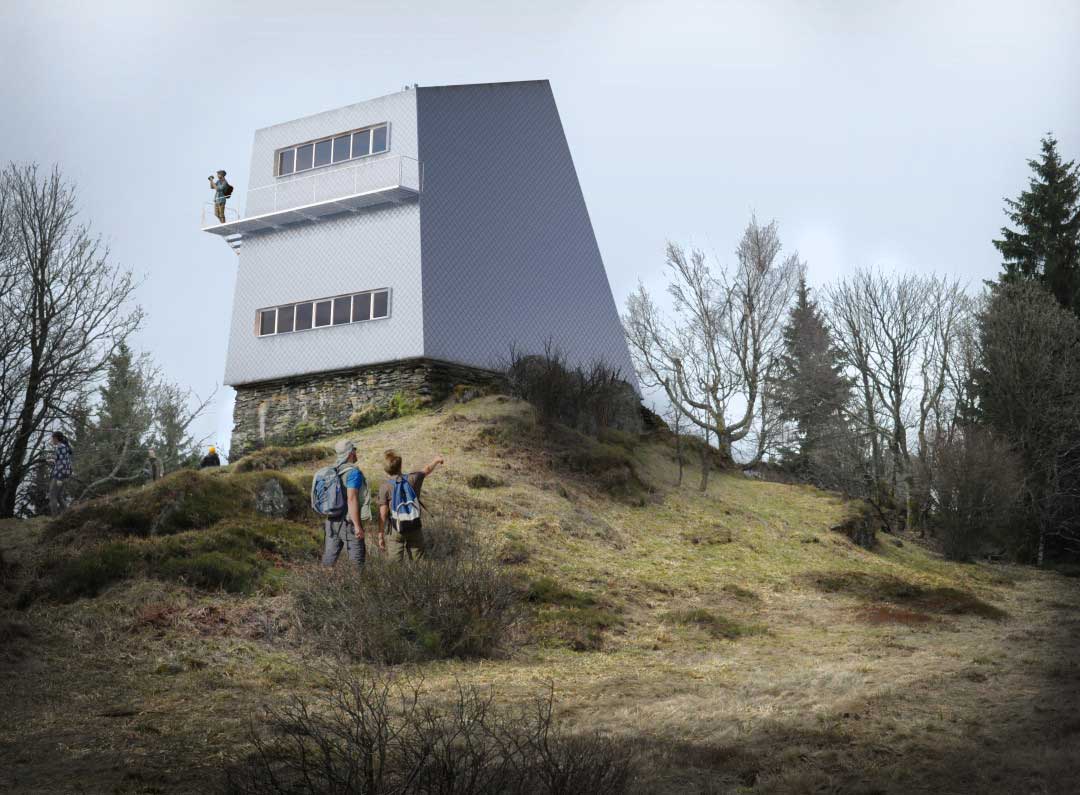 Everyone enjoys snapping pictures of magnificent structures. But very few of those photos become famous. That’s where architectural photographers come in. Some of them were so skilled that they made their subjects famous. How? They took a snapshot of the structure itself but also managed to breathe life itself into their images.

Kerstin Arnemann, one of the world’s most prominent black & white photographers, stands as a living proof of this claim. Kerstin is a German photographer based in Malta, and her work was rewarded several times so far.

Kerstin is mesmerized by geometric shapes, lines, and forms. She is always on the look for a unique perspective, which allows her to present us the images of the old structures and still make them appear as we are seeing them for the first time in our lives.

If you want to take a closer look at her work, you should see the images in her “Architectural Street Photography” collection.

As time passed by, her interest in architecture grew, and she started taking shots of buildings in NYC. Her pictures are still famous and can be found in renowned architecture magazines as well as on the front covers.

James Austin and Australian photographer renowned for his work in architectural and fine-art photography. The British Institute of Professional Photography even recognized his talent. James retained the Fellow title at BIOPP for 14 years. James didn’t have a favorite pick when it comes to subjects in architectural photography.

He traveled the world and used every opportunity to take shots of various structures. He spent most of his time in France and Italy, which is why most of the photos in his portfolio were taken there. Over the past decades, his portfolio kept on getting rich. Today it features hundreds of high-quality architecture photos.

So far, he has worked side by side with some of the most famous names in the architecture, including Zaha Hadid and Rem Koolhaas. The interesting fact about Iwan is that he has no formal training in architecture photography whatsoever.

As a world traveler, he managed to capture the shots of some of the most prominent architectural achievements, including the National Museum of Qatar, the University of Technology in Sydney, and Heydar Aliyev Centre in Baku.

Julia’s photos are unique because she enjoys making abstract details most prominent. But she does it in such a way that viewers can still see the scale and the form of the structure in the photo. Her photos are so rich in detail and able to tell the story even though she prefers monochromatic shots.

Julius Shulman is perhaps the most famous photographer in the world of architectural photography. He even has his own Golden Palm Star you can see on the Palm Springs Walk of Stars. He received this prestigious acknowledgment back in 2006. And he managed to build a career in photography without formal knowledge.

Julius devoted himself entirely to architectural photography. He even custom-tailored his own way of taking shots. In fact, he worked in black and white and used an infrared film. Infrared film was such an unconventional choice back then, but it allowed him to capture the essential shapes and lines of his subjects.

Janie Airey is a London-based architectural photographer with a background in graphic design. She started her career as a photographer working on fashion shots but soon discovered that she has no interest in fashion.

Luckily she got contacted by the Olympic Delivery Authority to take shots of open spaces. That’s when her spotless careers in architectural photography begun.

Her unique style is obvious once you take a look at her work. The photos she takes are vibrant and always show her perspective of the structures. She does two types of shots open spaces and people in spaces.

Some of the world’s finest architecture can be seen in the French and English cathedrals. Thousands of photographers took pictures of them, but only one managed to capture their essence. Frederick H. Evans was a London-based English photographer who made a name photographing cathedrals. Experts say that he is one of the greatest names in the history of photography.

Students of religious architecture around the globe use his photographs to understand the ins and outs of cathedral designs. As a reward, Frederick was made an honorary fellow of the Royal Photographic Society.

Richard Pare is an architectural photographer from the UK. He got interested in photography early on and decided to study along with graphic design at Ravensbourne College of Art. After his studies, he moved to the US, where he graduated from the School of the Art Institute of Chicago. His primary interest as a photographer is Soviet modernist architecture or the Russian Avant Garde.

His work didn’t go unnoticed. Documentation of the Soviet architecture put him in a position to receive the AIA monograph award. Richard’s work has been exhibited all around the world, and he continues to lecture on the history of photography.

Andrew Prokos is an established photographer with a keen eye for architecture. He started as an advertising photographer in New York City back in 1996. Right from the start, it was apparent that Andrew was a talented photographer. His work ended up in mainstream magazines and newspapers.

After establishing authority in the field of advertising photography, Andrew switched to a more specific niche – architectural photography only to become even more successful.

This completes our list of 10 notable architectural photographers. Hopefully, you can learn from and seek inspiration in their work. Feel free to research more on them and look at their other photos because they are truly magnificent.

How to Design a Modern Contemporary House
8 Different Types of Victorian Style Houses You Should Know
Best Paid & Free Websites for Learning About Architecture
How COVID-19 Transformed Real Estate Marketing for the Better
Tips for Investing in Australian Real Estate
Email marketing for architects
What To Consider Before Investing In Property In Nevada: A Guide
How to Design Your Home
Factors to Consider When Designing Air Conditioning Systems
4 benefits of hiring an architect to remodel your smart home
7 Things You Need To Do Before Buying Your House
Why Does Having A Sturdy House Construction Matter Today?
How to Design a Modern Ranch-Style House
Modern Balcony Ideas That Will Impress Your Clients
4 Tips For Designing The Perfect Vacation Rental
Space Saving Architecture
Financial management for architects: A guide to understanding and planning
Top Online Courses for Aspiring Architects
Top Free Software Options For Architects
Things To Consider When Buying A Beach House
Starting Your Own Architectural Firm in Just a few Steps
5 Ways 3D Helps The Architect In Exterior Project Development
Anatomy of a House: Understanding the Components of Your Home
‍Want Your Child to Become an Architect? Invest in Your Child's Future Now!
Easy Ways to Keep Your Architectural Staff Motivated and Inspired
The Most Inspiring Modern Architects to Learn From
Best Free Architecture Tools That Get the Job Done
Design trends shaping future architecture: everything you need to learn to keep up with the new tendencies
Website Architecture Design: The Ultimate Guide for 2022
Architecture During the Great Depression: What Architecture Students Need to Know
Best Architecture and Design Websites For Online Learning
Most Inspiring Architecture Magazines You Should Read
Most Valuable Design Books Every Architect Should Read
Awesome Mobile Apps Designers & Architects Can Have Fun With
5 Ideas For Architecture To Promote Home Interior Designs Video
How to Manage Your Construction Work from Initial Vision to Finished Project
What Makes a Great Construction Management Company?
7 tips on making your solar panels look good
5 Things to Keep in Mind Before Undergoing a Demolition Project
Essential Elements for Creating a Warm Minimalist Home
What is a Ducted Air-Con System?
Home Buying 5 Steps to Get You Started
New Technologies in Architecture That Benefit Both Clients and Architects
7 Tips When Building A Shed
How To Match Quartz Countertops To Your Kitchen Design
Reasons Why Some Architects Are Poor at Marketing Themselves
How Having Your Own Blog Can Help Your Architecture Career
How to Create a Successful Blog for Your Architecture Firm
Foundation Repair: 5 Ways To Improve Your Home’s Exterior Architectural Design
How to Communicate Your Ideas to an Architect
The Most Exciting Projects in Architecture This Year (2021)
7 Benefits of VR for Architecture
10 Qualities Some of the Best Architects Share
7 Ways To Say Thanks To Your Architect Or Designer
How Architecture Has Changed in the Past Two Decades
Automation Processes and Designs that Improve Efficiency of Industrial Buildings
Ultimate Guide to Marketing for Architects
8 Digital Marketing Strategies to Target Builders and Contractors
Importance and Benefits of Green Architecture
Why Architecture Is a Service Industry More Than Ever
5 Inspiring Architectural Designs for Your Next Commercial Project
How to Sell Architectural Services During Tough Times
Biggest Technology Innovations That are Changing Architecture
Getting Your Work Published in Architecture Magazine
Digitalization of Architecture for the Future
The Importance Of Lighting Design In Architecture
Trending Siding Types for Modern Home Design
Iconic Architecture Around the World That Every Student Must See
How Architects Help With Exterior Design
The Influence of Coworking Spaces on Office Architecture
Architects Vs. Construction Management: The Differences You Need to Know About
Interior designer tips on how to brighten up your house this spring
5 Benefits Of Hiring A Professional Landscape Designer
6 Preparation Tips For Building Your Dream Home
Your Guide to Architectural Metal Cladding
6 Tips For Designing Your Future Home
How Architects can use Instagram to Their Advantage
Desert Home Architecture - Mixing the Ancient and Modern
What To Expect When Hiring an Architect
‍Innovative Ideas for Your New Home
Don't Let These 4 Mistakes Hurt Your 'Dream Home' Plan
Simple Ways to Turn Your House Into Your Dream Home
The Future of Architecture: Artificial Intelligence Rendering Software
Smart Home Technologies that Will Raise the Value of your Home
Architecture During COVID-19: Has Everything Come to a Stop
Landscape Architecture: 8 Ways it Can Transform Our Cities
New Classical Architecture: Classicism Invades the Contemporary Approach
The Diverse Architectural Background of Peru and the Reasons Behind It
First Information About the World Architecture Festival for 2020 in Lisbon Released
Computational Design and Robotics Start Changing Architectural Design
Beijing Daxing International Airport: An Amazing Architectural Feat
Australian Architects Offer Free Design Services to Australian Bushfire Victims
A Short History of Wood-Based Architecture from the Past
10 Most Common Problems That Architects Face When Handling Projects
8 Significant Architectural Projects from the Previous Decade
5 Ways Architects Can Promote Their Work
5 Prices of Equipment Modern Architects Can't Function Without
A Crash Course in European Architecture: 12 Iconic Buildings You Need to Visit
12 Best Architecture Museums Around the World
10 Things an Architecture Intern Should Expect from the Experience
© 2014-2020 Easy Render GmbH
Contact
Terms
Privacy
Cookies