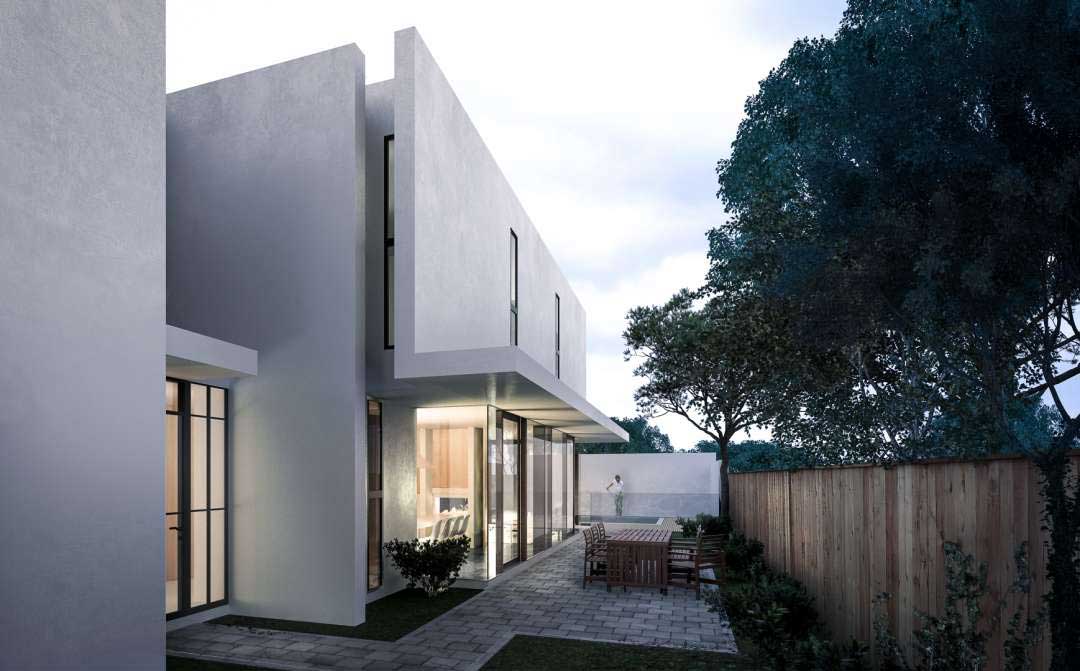 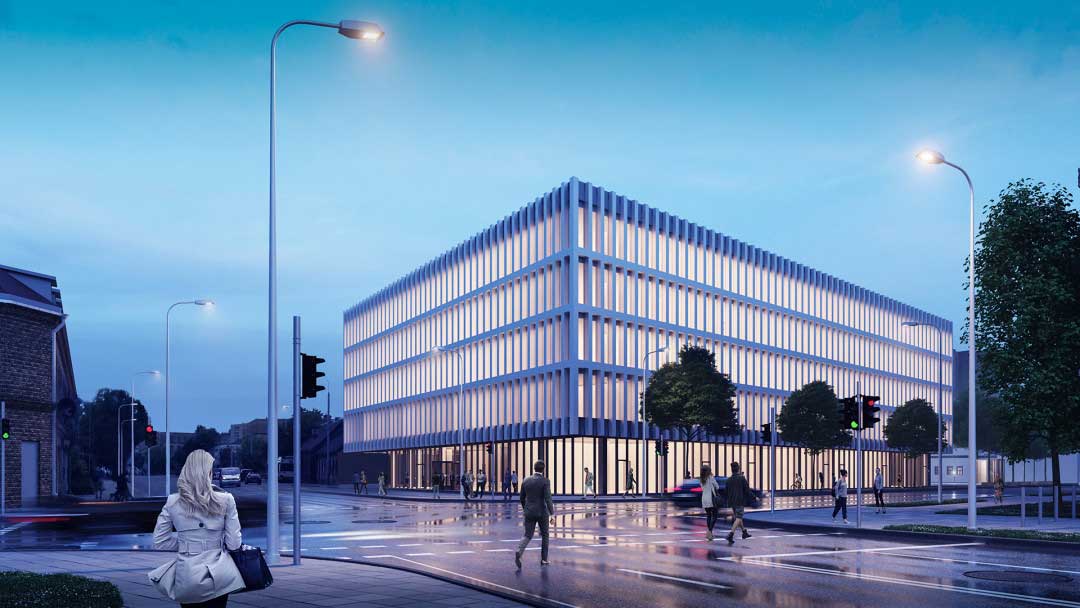 If the Devil’s in the details, then so is God. The idiom, of course, belongs to no other than an architect. Whether or not Ludwig Mies van der Rohe actually used it is not important. What’s important is that it perfectly captures the spirit, marked by meticulousness or obsession, of the art we call architecture.

But let’s forgo its poetical meaning for a second, and speak frankly. The famous phrase applies to the practical side of this profession too, especially when our love for architecture comes in between our unearthly passion and our mundane struggles. In between succumbing to the arts and making a living.

The time is on our side, so let’s explore both.

These are the best cities to live in as an architect, creatively and financially.

All the Great Jobs Are in Urban Jungles

Before we can make those details work, we must start with the bigger picture. It’s a rule known to every architect, perfectly applicable to both our theme and our previous research. And, speaking of which, the results of our research unequivocally show that the seven best countries to live in as an architect are, in ascending order – Ireland, Qatar, Canada, Australia, the US, the UK, and Switzerland.

Now, because our criteria includes both artistic and financial aspect, and because a global overview of architect salaries is pretty tricky to achieve (considering different relationships between living costs and earnings in different countries), our list of the actual cities that offer rich architectural heritages and decent salaries is only partially based on hard numbers. Ultimately, that’s where the devil hides.

In all of these seven countries, with some rare exceptions to the rule, the best cities to find work as an architect are large urban areas. This entails more job opportunities and higher salaries, but also higher costs of living. In other words, moving to an architectural hub is not cheap. The more you earn, the more you spend. Like or not, the truth is, all the great jobs for eager architects are in urban jungles.

Of course, you can always settle down in the suburbs and commute. In each of the following metropolitan areas, there’s a number of second-tier cities in which you can splurge your downtown money with no regrets. We certainly can’t list them all, can we? So, if you’re looking for a job as an architect, bid goodbye to Europe and head to these seven countries. Final destination – a megalopolis.

And, there’s plenty to see. Architecturally speaking, Dublin is very diverse, effortlessly fusing tradition with modernity. Its oldest landmark, St. Audoen’s Church, dates back to the 1190s. Its youngest – the architectural masterpiece that the Bord Gáis Energy Theatre is – was erected only two decades ago.

Need we say more than Jean Nouvel’s National Museum of Qatar? Or, perhaps we should mention Qatar’s National Archive, the city’s National Library, and National Convention Centre as well? The capital of Qatar is growing nimbly eclectic, blending Eastern bedrocks with bulks of glass and concrete.

In terms of salary, Qatar is ranked slightly higher than Ireland, with the average monthly salary there being $4,665. In Doha, however, annual income for architects is $48,319, which is significantly lower than in Dublin, though still pretty decent. The tempting thing is, experience has little effect on income.

Architects live well across Canada, but Toronto is by far the biggest hub for professionals in this niche. With a consistent economy and plenty of architectural work in progress, this city offers amazing opportunities for newcomers. The average annual salary here is $79,228, which is the national median.

From 19th century Georgian architecture to 21st-century postmodern flavors, Toronto is still embracing different architectural styles and ideas developed throughout Europe and the United States. Enjoy the Art Gallery of Ontario in its deconstructivism, the CN Tower, and Canada Life Building.

Architects from all over the world describe Melbourne as a city “that embraces the innovator, the dreamer, and the doer”, but also rewards them with a $43,616 average salary per year. The community is strong and supportive, and new architect startups are sprouting on every second corner.

All this is in perfect alignment with the city’s juxtaposition of old and new architecture – while the first provides Victorian roots, the latter elevates them with futuristic skyscrapers. For your daily portion of Art Deco and varying styles, don’t forget to visit the Manchester Unity Building and the Alkira House.

According to a 2016 BLS (Bureau of Labour Statistics) report, the highest paid architects in the United States live and work in West Palm Beach, Florida, where their average annual income amounts to a whopping $120,380. Currently, this mid-sized city boasts nearly 500 open jobs for aspiring architects.

Is there anything to draw inspiration from? Well, most of the West Palm Beach has been built either in Spanish Colonial Revival style or in Mission Revival style, while the city’s American National Bank Building represents a fine specimen of the Beaux-Arts architecture. The ambiance is breezy and bright.

In the adorable city of Salinas, professional architects earn a little less than their fellow artists from West Palm Beach – around $112,530 per year. Its architectural canvas, however, is a bit richer. Salinas was one of the few cities to prosper during the depression, briskly transforming farms into – buildings.

Just take a look at the RaboBank-Office Building, erected by Ryland $ Schwartz circa 1930. Or, the Monterey County Jail by Butner, Holm & Waterman, showcasing Deco and Gothic Elements. The Monterey County Courthouse Building is described as a fine example of the Depression Moderne style.

With an average salary of $104,650 and no big expenses, an architect can make a great living in Bridgeport, Connecticut. The historic seaport city was a playing ground for George W. Longstaff, an eclectic artist whose most famous work, built in Byzantine, Islamic, and Gothic styles, still stands today.

Do visit the Barnum Museum, whether you decide to try your luck in Bridgeport or not. And if you do, bear in mind that Connecticut’s largest city still brainstorms and recruits inventive architects for an ongoing design coastal resilience project that should reduce the risk from climate change and flooding.

Though costs of living in San Francisco aren’t exactly cheap, this melting pot of Victorian and modern architecture is a home to around 500 firms listed as members of the AIA (American Institute of Architects). Around the Frisco Bay, job opportunities are just as numerous as buildings and landmarks.

The last on the BLS’s list of American cities with the highest annual income for architects, Vallejo is a quiet waterfront community that welcomes artists from larger Bay Area cities like San Francisco and Oakland. The rent is low, the workspaces are large, and the atmosphere just bursts with innovation.

As for the architecture itself, the city of Vallejo and its Architectural Heritage Foundation firmly believe in the importance of historic preservation. Before you apply for a $103,690 salary job in Vallejo, check out its authentic character and charm as captured on video tours by Vallejo Art and Architecture Walk.

One of the best places for architects across the pond is right under the Big Ben, in the very heart of the United Kingdom of Britain. The average permanent salary for architect jobs in London is $106,339, which is, as Brits would say, enough to put you off your trolley. But still, London is very, very expensive.

Be it as it may, the Old Smoke is a living, breathing encyclopedia of European architecture, which here ranges from Georgian balustrades and Victorian baths to asymmetric Art Nouveau and floral Art Deco. Besides, a chance to sketch in front of the Westminster Abbey must be worth a queen’s ransom.

At last, we arrive to the home of the Dada movement, and by extension, the cradle of surrealism and postmodernism. Zurich’s St. Peter’s Church boasts the largest timepiece in the whole of Europe, while the rest of this Swiss city offers an abundance of drinking fountains and elaborate buildings to peruse.

And the best thing about it is, Zurich holds the world record for the highest salary for architect jobs – a tremendous $150,126 per year. A cappuccino costs $5 though, while monthly rent for a single-bedroom apartment outside of the city center is $1,408. All things considered, not a bad deal at all.

Make no mistake, finding a job in one of these architectural hubs is a risky venture. Then again, what part of loving and practicing architecture isn’t? If not for permanent salary, explore them for a gig or two, and a chance to see, learn, and experience something new. In the end, art makes nomads of us all.

Which Factors Affect The Price of Creating 3D Virtual Tours?
The Complete Guide to Knocking Down and Rebuilding Your Home
Don't Like Architecture but Want to Make 3D Models? Consider Becoming a Visualization Designer
Tools Architectural 3D Visualizers can use When Working at Home
Equipping Yourself With the Right Tools as a 3D Visualizer
How to Determine If You Need an In-House 3D Visualizer?
Why the Position of 3D Visualizer in Architecture has a Safe Future
Becoming a 3D Visualizer: A Professional Development Journey a From Beginner to a Pro
6 Skillsets That a 3D Visualizer Should Have
3D Visualizers Should Check Out V-Ray Next for Revit from Chaos Group
Property Management - How to Hire a 3D Visualizer Who's Just Right
NASA Declares Winners of their 3D Habitat Design
Best 3D Visualizers to Follow on Instagram
Augmented Reality and Architecture How Far Are We from Practical Application
AI-powered Cloud VR Experience Over O-RAN by Nokia
4 Ways 3D Visualizers Can Influence the Customer's Purchasing Decision
3D Visualizer - How to Find and Hire the Best
3D Visualizer and SketchUp Pro
3D People - 3 Best Online Resources
3D Architecture in Gaming and Cinema - A Step Away from the Traditional
© 2014-2020 Easy Render GmbH
Contact
Terms
Privacy
Cookies