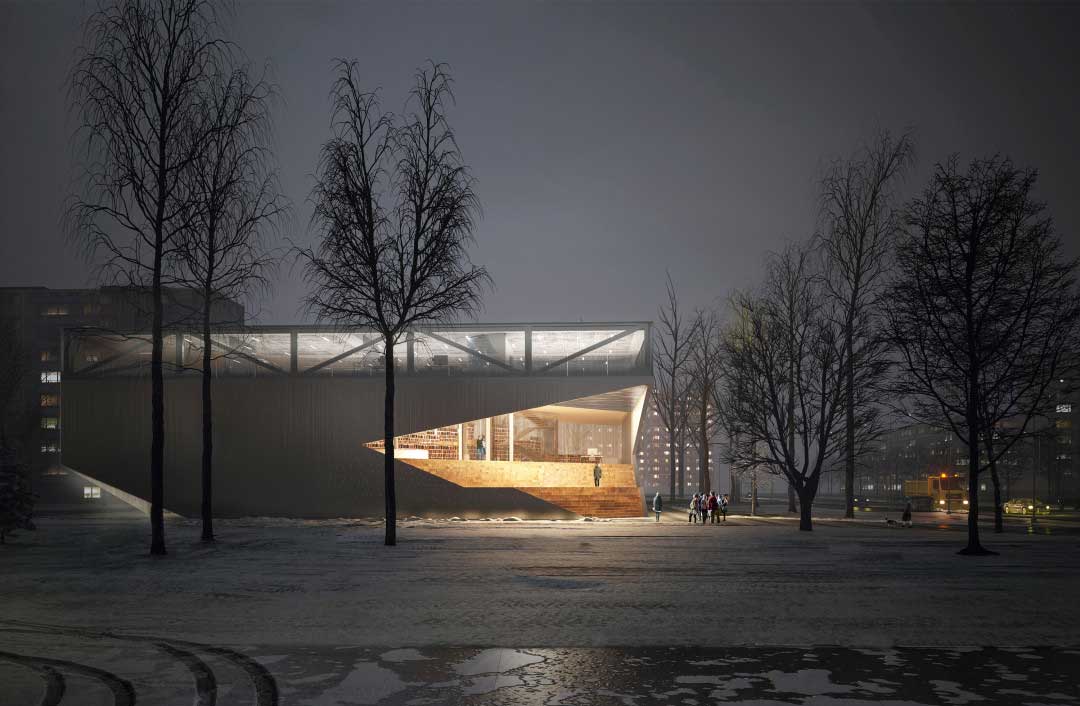 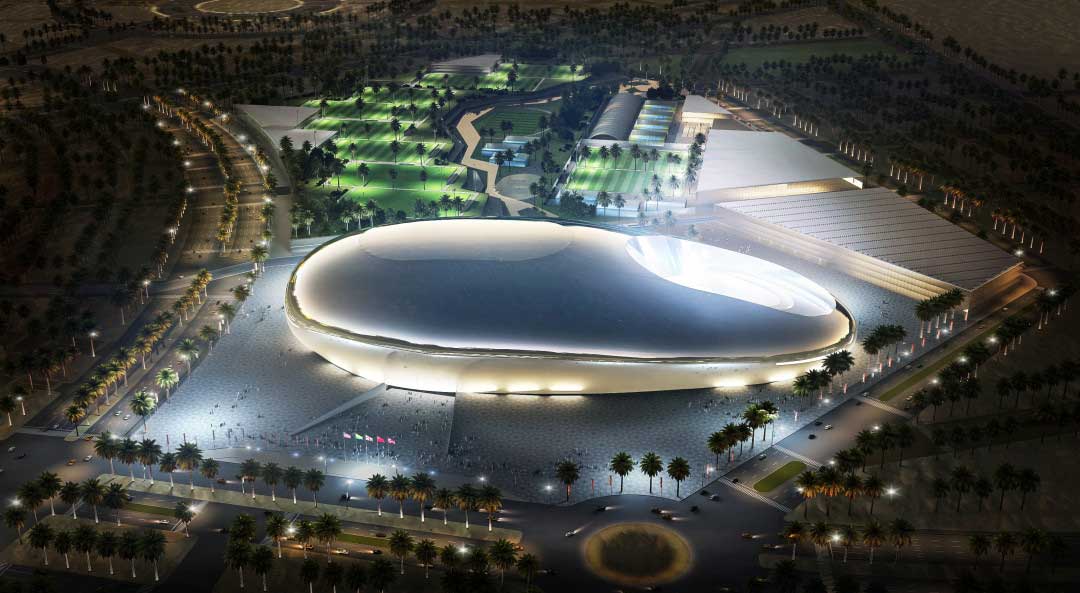 AR technology has only been on the rise. With the rising technological capabilities of advanced computers, it’s found its foothold in numerous industries, and the architecture artform is no exception to this rule.

While VR and AR might sound similar on the surface, they could not be further apart. While Virtual Reality works on painting a picture of something that is yet to be invented, thought of, or made, AR functions to enhance what we already have.

It’s found its greatest success in tourism, helping tourists get the bigger picture of the place they’re visiting. Yet, since this amazing technology has been on the rise, it’s just scratching the surface of architecture.

What does AR mean for Architecture?

When it comes to architecture and architectural marvels all across the world, both modern and historical buildings and sights can strongly benefit from the implementation of AR technology in their presentation.

AR technology can not only enhance the experience and functionally of an already existing building, but it can also be used to augment and paint a picture of something that is yet to be modernized. It is a tool that is used to visualize the full potential of an existing scheme or building.

It is a marvel of technology that is yet to fulfill its full potential in the architectural industry - and we haven't even begun to discuss what it can do for architrave.

Why is AR significant?

The significance of AR technology is immense, especially in artforms. While people have had to deal with interpretations, annoying guides, and a vast imagination, people of the future can reap all of the benefits of AR technology.

If there is a historic building that has served an essential use and is best left untouched due to its historical significance, AR technology can artificially bring it back to life.

The significance of AR also lies within the hands of up and coming building designers, interior designers, architects, and planners. AR technology can be utilized in city planning, allowing them to see what they’re going to be doing, and giving them the most critical feedback on their work before they’ve even accomplished any of it.

It gives designers and architects an edge that is unmatched by any other method. AR technology and its implementation are going to revolutionize architecture, improving it beyond our wildest imaginations.

How can Architects and Designers benefit from AR technology?

AR technology has different benefits for designers and architects, and we’ve discussed some of them in this article.

AR works by combining what’s real and what’s not and allows us to view any room, building, or environment in a completely new light.

Now, humans with broad, powerful imaginations can envision any space in its fullest potential. AR technology allows everyone to see any environment painted in a mathematical and enhanced version of reality. This, in turn, allows every designer to work within a new parameter of their profession, allowing them to envision what they previously could not, though the power of technology.

An architect no longer needs to loom over stacks of papers for hours to fully experience a building in all of its 3D and 2D marvel, because he can experience it through a pair of goggles and some old fashioned exploring.

The benefits are clear - with AR technology, architects can design and improve buildings quicker and easier, thus improving efficiency and cutting down on price.

When can we expect to see the widespread use of AR technology within Architecture?

Now, this is an opinion based matter, so you can not expect a definitive answer. The full implementation of AR technology depends on a couple of different factors, such as:

Like with any thriving new addition to any industry, even if the AR technology has seen some implementation within the architecture industry, it is going to take some time to perfect the tech itself.

It is not going to be practically applied to architecture without perfecting the technology itself, and the perfection of such a technology can take some time. AR tech is solely reliant on the advancement of AI technology, which is the cornerstone of any augmented and virtual reality environments.

AI technology is rapidly advancing and is showing no sign of slowing down. So, we can expect that the AR technology will follow suit.

But this does not necessarily have to be the case. Like with any new technology which is directly reliant on another one, AR may lack behind AI quite a lot. It’s on a steady stream of advancement at this current moment, showing no sign of stopping, so we can expect it to advance further in the next couple of years.

There have been numerous additions to existing industries over the years, some of which have shown some fantastic potential. But it all boils down to the community response. If a community outright refuses to change its ways and implement a new method of doing things, the technology is going to die out and become irrelevant, no matter it’s potential.

The architectural community has been very supportive of AR technology so far. It has not only shown some fantastic potential in improving the art form and industry, but it has significantly cut down on costs, time, and effort needed to envision, develop, and advance the industry to extents unseen in the past.

Even with this significant support, AR technology is a pretty big step in the evolution of the architecture industry. The community will take some time to integrate AR technology within its tool arsenal, and it is bound to become an integral aspect of any prolific designer.

The adaptation of AR technology within architecture is solely reliant on the practical application of said technology, and that’s not as simple as it sounds.

Even if AR technology is advancing in its sophistication and cutting down on its price and operation complexity, it is going to take quite some time to become fully adapted within Architecture. AR has shown some significant promise, but is also horribly lacking is some key features that are integral to the advancement of the industry.

The bulk of architects are going to start implementing AR into their professional toolbox only when AR becomes fully operational, which at this current moment might be far away.

The adaptation of AR technology is key to its survival and prosperity, as it needs to cater to different industries before taking on a giant such as Architecture. AR already does have a foothold in Design, Interior Design, CAD technology, Tourism, and a vast array of industries.

There is no definitive answer to the question. The adaptation of AR technology within architecture, while having extreme promise and potential, can take years, or it could be tomorrow. It all simmers down to the implementation, compliance, and refinement of the technology itself.

The technology is adapting and improving by the day, so it’s only a matter of time before we see architects roaming building with AR goggles - enhancing the way we live in realtime.

Which Factors Affect The Price of Creating 3D Virtual Tours?
The Complete Guide to Knocking Down and Rebuilding Your Home
Don't Like Architecture but Want to Make 3D Models? Consider Becoming a Visualization Designer
Tools Architectural 3D Visualizers can use When Working at Home
Equipping Yourself With the Right Tools as a 3D Visualizer
How to Determine If You Need an In-House 3D Visualizer?
Why the Position of 3D Visualizer in Architecture has a Safe Future
Becoming a 3D Visualizer: A Professional Development Journey a From Beginner to a Pro
6 Skillsets That a 3D Visualizer Should Have
3D Visualizers Should Check Out V-Ray Next for Revit from Chaos Group
Property Management - How to Hire a 3D Visualizer Who's Just Right
NASA Declares Winners of their 3D Habitat Design
Best Cities to Live In as an Architect
Best 3D Visualizers to Follow on Instagram
AI-powered Cloud VR Experience Over O-RAN by Nokia
4 Ways 3D Visualizers Can Influence the Customer's Purchasing Decision
3D Visualizer - How to Find and Hire the Best
3D Visualizer and SketchUp Pro
3D People - 3 Best Online Resources
3D Architecture in Gaming and Cinema - A Step Away from the Traditional
© 2014-2020 Easy Render GmbH
Contact
Terms
Privacy
Cookies