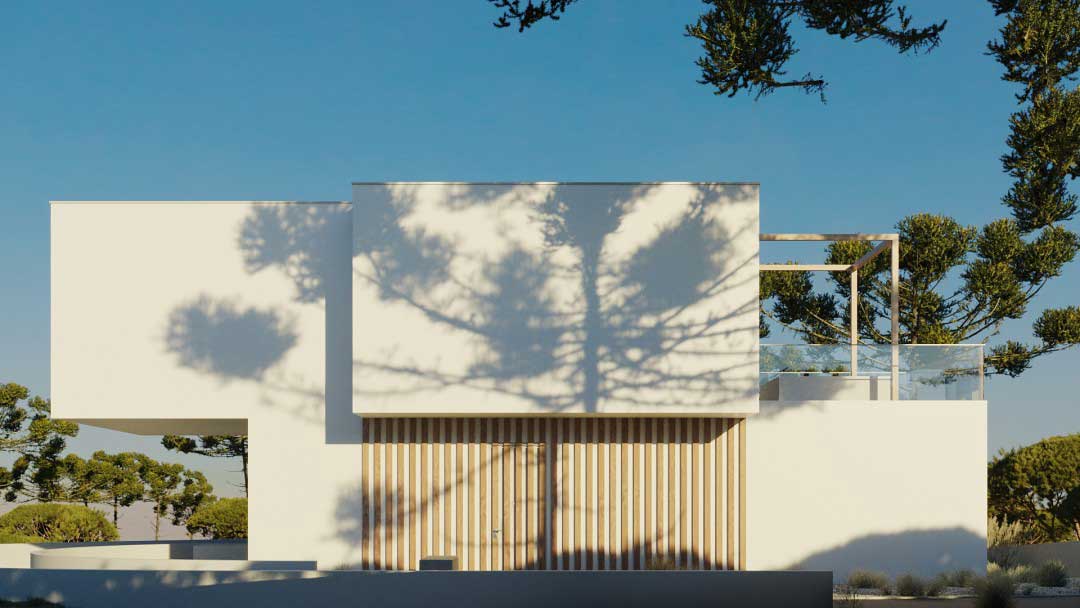 3D rendering is one of the most critical processes in graphic design. Without it, you take an entire dimension from many-a industries that rely on visuals. Architecture, video game modeling, and all kinds of art and visuals simply couldn’t exist without the advent of this technology.

So, with 3D rendering becoming better, cheaper, and more accessible – why is it still so expensive? To answer that, in this article, we’ll talk a little about the costs associated with 3D rendering, the benefits of this process, how you can get the best deal possible, and when you might need it at all.

The costs of traditional renders

Traditional rendering is very complex, resource-intensive, and time-consuming. Combining these three things makes it quite expensive, with an average quote going anywhere from $1,000 to $4,000 based on the piece’s complexity.

Traditional rendering isn’t used as much anymore, as 3D rendering has surpassed it in many ways. Not only is 3D rendering far easier, faster, and cheaper – it usually yields a better product as well.

Like traditional rendering, 3D rendering also takes time and resources, and a lot of computing power to execute correctly. It offers a far broader prospect and is, in essence, compliant with the technologies that are slowly carving their path in many-a industries such as AI, AR, and VR.

The best example of this would be the architecture industry, which utilizes 3D rendering for almost all its visual aspects. As technology progresses, architecture is quick to adopt it, and in nearly all cases, 3D rendering and visualization are implemented.

3D rendering has completely changed industries that involve visuals from the ground up. Aside from traditional rendering and sketching endless sketches on a piece of paper, these days, designers can create fully-fledged 3D models and place them in realistic environments.

It is useful for the fields of animation, architecture, and many different industries. In recent years, 3D rendering has become far less resource-demanding, meaning it’s far more accessible and available, bringing in many new people into the 3D rendering world.

The more people in the industry, the bigger the competition and the more ideas floating around, so it has never been as easy to get into 3D rendering as it is today.

Here are some of the most prominent benefits of 3D rendering.

One of the most important things about 3D rendering is that it is far faster than traditional rendering. The speed that 3D rendering brings to the table is completely transformative for the 3D design process itself.

It allows you to make your imagination come to life in no time at all, which is also very useful if you’re working on a time crunch or trying to visualize someone else’s ideas. In essence, it’s a fast way to produce and procure an asset that will save you a lot of time during the overall design process.

Anyone who has ever worked with any type of graphics will tell you that you can never make a client happy with the first thing you provide. They’ll always find something that they don’t like about it. On the other side of the penny, any true artist will know that their work could always use “a final coat of polish”.

When you’re working with 3D rendering, you’ll find that making mistakes is far rarer as you’re likely working in CAD software. CAD design will help you reduce your mistakes automatically, and due to the sophistication of the software you’re working in, ironing out any errors becomes a piece of cake.

Easy to Change the Project

Sometimes, clients tend to get indecisive when the project is nearing its completion, and there is absolutely nothing worse in the design profession than that. When clients change their minds last minute, traditionally, you have to go back to the drawing board and start all over again.

Not only is this a significant waste of time and resources, but it’s also agitating, to say the very least. When you’re working on a piece of software with 3D rendering, altering the project from the ground up is only a couple of quick clicks away. You need not spend hours redesigning and reworking a project just because the client doesn’t fancy it.

Architecture, 3D design, and all sorts of graphic-reliant industries were pretty exclusive to people who’ve worked with graphics their entire lives. Unless you’re talented at drawing and creating schematics – tough luck, you were not likely going to make it in the world of design or architecture.

With the advent of 3D rendering and computer-assisted design software, the learning curve for this art form has decreased significantly.

Nowadays, anyone interested in design can gain a foothold in it as long as they’re persistent enough.

When it comes to rendering, the most common users of 3D rendering are professionals that work in groups. Sure, freelance or standalone professionals use rendering too, but art and design studios are the primary proprietors of rendering software.

Whenever multiple people are working on the same thing, teamwork and cooperation will be the foundation that holds the entire project together – and through the advent of 3D rendering, collaboration becomes a breeze.

One person can carry on exactly where the last one is left off, and through sectioning and labeling, everything is neat, accessible, and cooperation compliant.

The price split between 3D rendering and traditional rendering is massive. It is far more affordable than conventional rendering, offers a far higher level of polish and detail, and is far faster when it comes to production.

Now, the price that you pay is going to determine the quality of the product you receive. Products can either be very bare-bones and plain, or they can be works of art. Technically, the more you pay doesn’t necessarily mean the better the product.

The endpoint will depend on a myriad of factors, such as the design team or designer handling the product, the requirements you have for them, the time frame, and the price.

There are two different routes you can take if you’re looking to get fantastic 3D renders. You can either opt for a 3D rendering company or a freelancer. The freelance industry has been buzzing in recent years, and these days some companies are collectives of industry specialists who do freelance work.

You can either go for a traditional company, a freelance company, or an individual freelancer. All these are going to have their respective pros and cons, which we’ll outline below.

3D rendering companies are the premiere option if you’re looking for high-end 3D renders. They produce some of the finest renders available, they can do so in seemingly unbeatable timeframes, but they’re going to cost you a pretty penny.

3D rendering companies don’t come cheap, but the end product is usually as refined and defined as possible – meaning you’re getting the best of the best, but you’re paying a hefty premium for it.

3D Freelancer Companies or Collectives are very similar to 3D rendering companies in their modus operandi. Multiple industry professionals will be working on your 3D render, the quality is as high as they come, and the delivery time will be swift.

These also cost a pretty penny, but they’re far more affordable than traditional 3D rendering companies. What you don’t get with 3D freelance collectives or companies is a guarantee. Most of these companies operate outside of the US, meaning that all of the downsides of outsourcing apply to hiring freelancers.

Hiring an individual 3D rendering freelancer to do your job might be the best or worst choice you can make, and that all depends on many factors. The things you need to account for are the freelancer you’ve chosen, their prior experience, punctuality, and expertise.

If you find someone who is truly a professional in their field, has an abundance of positive reviews from clients and can handle doing a large project on their own – you might have just struck gold. Compared to freelance collectives and rendering companies, hiring an individual freelancer will be far, far more affordable. They might even be able to match the quality of professional companies.

The only downside to hiring freelancers for your 3D visualizations is that you’re actively outsourcing your work and that doing the actual work will usually take more time for the freelancer when compared to a collective or company.

What You Get With a 3D Visualization

Through 3D visualization, you get to bring your idea and your project into a fully realistic 3D environment. This is useful for almost everything that you could imagine. Not only do you get a realistic visual representation of your idea, but you also get something to pitch – you get to see how it looks in the real world.

3D visualizations are far more elaborate than they used to be. Say you’re working on an architecture project and you’d like to see how your building would look in a particular real-life setting.

Through the advent of mapping technology and things such as Google Earth, you can actually put the 3D visualization of your building in the real world before it ever goes into construction.

That is imperative to any marketing strategy you might have going on, and for presentation purposes especially.

The chances are that the person you’re pitching to isn’t going to have a lot of artistic or architectural experience. Still, they will be able to connect with the visuals, and that’s what you get with a stunning 3D visualization.

It Depends on Your Project

3D rendering Is Worth It

3D rendering might sound like a niche, a novelty, an unnecessary expense – but you’d be gravely mistaken. No matter what you’re doing, if you can have something rendered in stunning 3D, you should get it in 3D.

3D renders are the industry standard for many industries that involve graphics, and skimping out on quality renders doesn’t do you any favors.

In essence, 3D rendering, while expensive, is a necessity. If you’re looking to make the most out of your graphic project, you’ll have to resort to 3D rendering at one point. However, 3D rendering doesn’t have to be overly expensive.

You can always hire a freelancer or a freelance firm to help you out with all of your 3D rendering needs, or you can contact some of the professionals over at EasyRender.

Easy Render is a collective of professionals that are more than happy to assist you with all of your design, 3D visualization, and rendering needs. All you need to do is find the professional you’d like to work with, get in touch, and get your project finished in no time at all!